Crysis 3 doesn't quite craft an enthralling sandbox environment to match its outstanding visuals.

Crysis 3 is not quite the sandbox experience you might expect from the beautiful sci-fi shooter series. Players still have access to the futuristic Nanosuit and can use cloak or armor modes at any time. Some levels are certainly large enough to offer a sandbox environment. It’s the level direction and game design that seems to work against the freedom that was ingrained into the original. Inadequate Artificial Intelligence and lopsided weapon balance provide further resistance to a game that could have been so much more. Fortunately, the multiplayer is still creative fun on extravagant levels. There is no question that Crysis 3 is a beautiful game, its only visual competition are the modified versions of Crytek’s previous games. While the visuals are pushed to new heights, the gameplay takes a step away from the franchise’s excellent design. 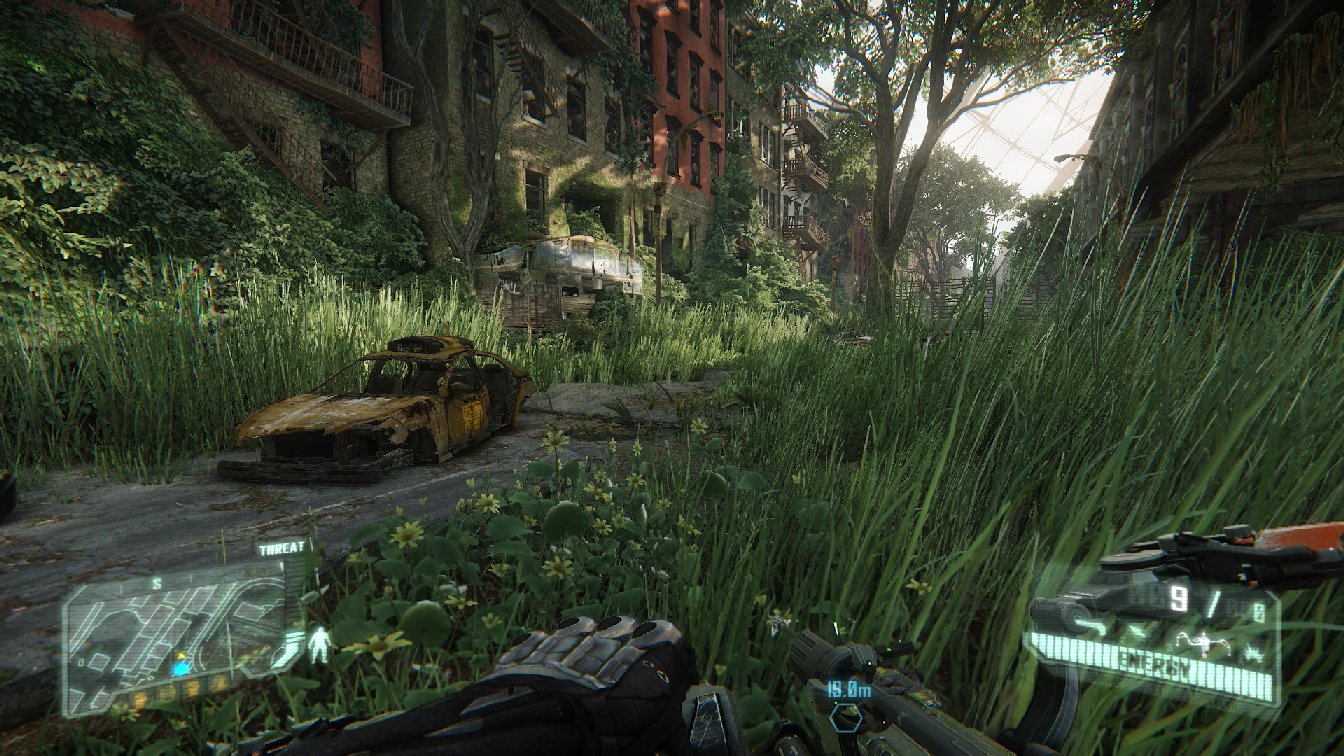 The overgrown city of New York is simply spectacular

Set 24 years after the events of Crysis 2, the sequel rotates around two Raptor team members from the original game; Prophet and Psycho. You play as Prophet, even though he died at the start of Crysis 2. His temporary replacement, Alcatraz, destroyed the alien (Ceph) virus at the end of the last game. Prophet then became the dominant personality within the suit and Alcatraz faded into nonexistence. Prophet is still dealing with this Nanosuit amalgamation and strange alien visions.

Psycho is part of the Rebel forces fighting against the human enemies (CELL) with limited resources. Psycho was forcefully extracted from his futuristic suit alongside many of his comrades. Prophet was captured sometime after the second game and placed in cold storage. Psycho rescues Prophet in the opening level before CELL has the chance to remove his evolved suit. The plan is to infiltrate the Dome, a huge prison that covers an overgrown New York, and strike against CELL who are using alien tech to dominate the world.

While the narrative tries amicably to mix together the threads of the first two games, it does so with second rate dialogue. Prophet and Psycho recall the lost Raptor team soldiers from the first game. This culminates poorly during an attempted emotional peak near the explosive end of the game. The main problem with the story is the awful dialogue. Characters deliver lines like, “sometimes I feel sorry for these bastards, but mostly I kill them” and “let’s get out there and put a head on a stick already.” They aren’t funny, cheesy retorts in the same vein as Crytek’s debut game, Far Cry. The dialogue is further damaged when audio cuts off or overlaps during mission updates. Reworking the dialogue may have made the story bearable, but it’s unlikely to have made it interesting.

Areas in the Dome are generally larger than those in Crysis 2 and the return of dense vegetation is a huge visual benefit. You’ll explore a derelict train yard and avoid enemies that hide in the long grass. A grenade launcher is useful against the heavily armoured Scorcher Ceph in the murky swamps. Very little destruction resurfaces during the action. The second last level is the biggest in the entire game and a match for some of the original’s levels. It does feature a lot of empty space, but it allows players to take out anti air guns in any order. Side objectives entice players away from the direct path. These shallow objectives are only good for the additional ammo or Nanosuit upgrades they provide. The level size and variety is certainly acceptable for the series. 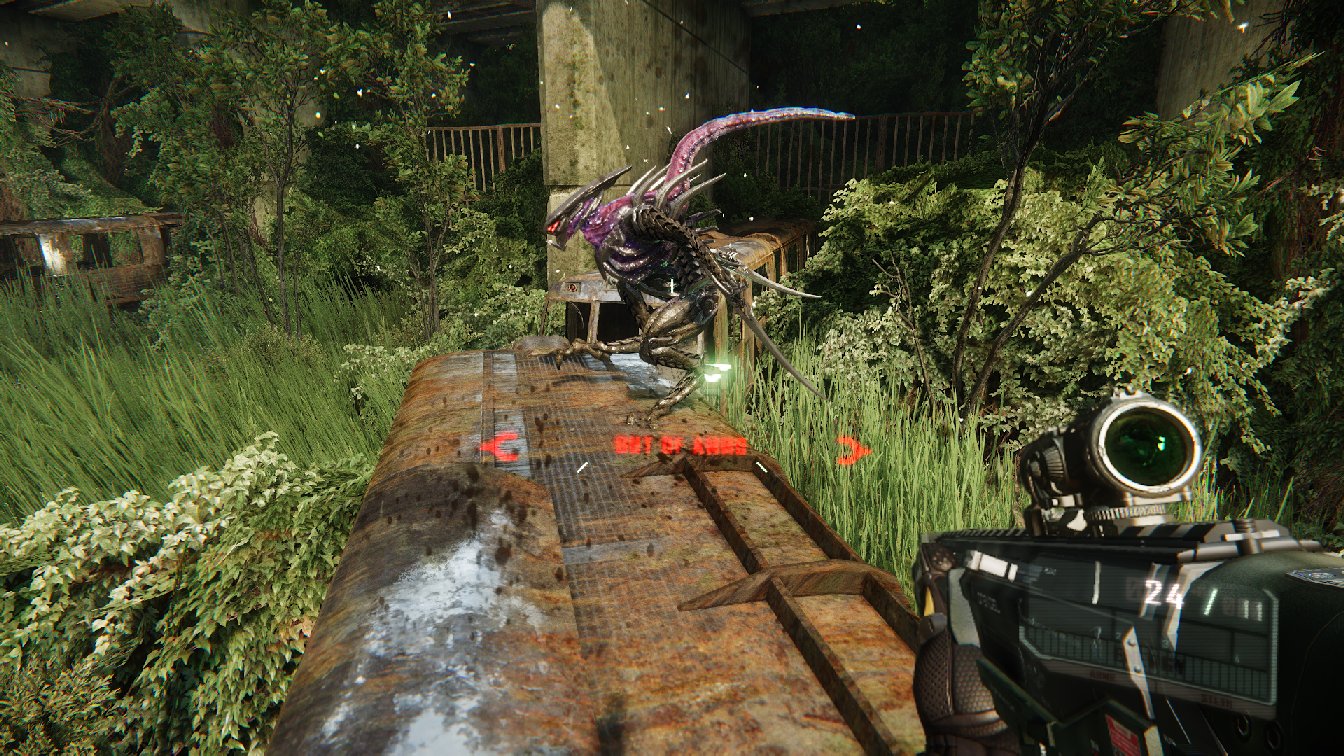 Not a good time to run out of ammo

There are deliberate vehicle sections, but they make the game feel like a different series. One vehicle section has you driving a buggy or APC through a linear canyon while explosions encircle you. This feels more like Call of Duty mixed with Highway 17. Poor driving controls and mediocre direction prevent it from matching either game. You can simply walk to your destination, and this feels more like Crysis despite the sporadic action. A scripted VTOL sequence has you shooting down Ceph aircraft while the pilot shouts awful quips after every other kill. It lacks excitement and lasts so long that you might be asleep by the end of it. There should have been fewer pre-engineered vehicle sections and more opportunity to a use them creatively in a non linear, sandbox environment.

All videos for Crysis 3 (5)
Advertisement ▼