After grinding my way through this sinfully ugly mess in single-player I started again co-op. Four players can work through the game whole game together. An obvious trick that many co-op titles miss is a basic score count between levels, thankfully there is one here and it’s good fun trying to beat your fellow marines to the best kill count.

I couldn’t stick with the game in co-op for long though. Despite all four of us having a decent ‘ping rating,’ lag was frequently an issue with it directly affecting our targets. Lining up longer shots became tiresomely difficult as enemies would disappear only to appear ten feet away before suddenly reappearing dead five feet to the side again. The only way gamers will be able to enjoy co-op is if this is patched and they ramp up the aliens to make them more challenging. 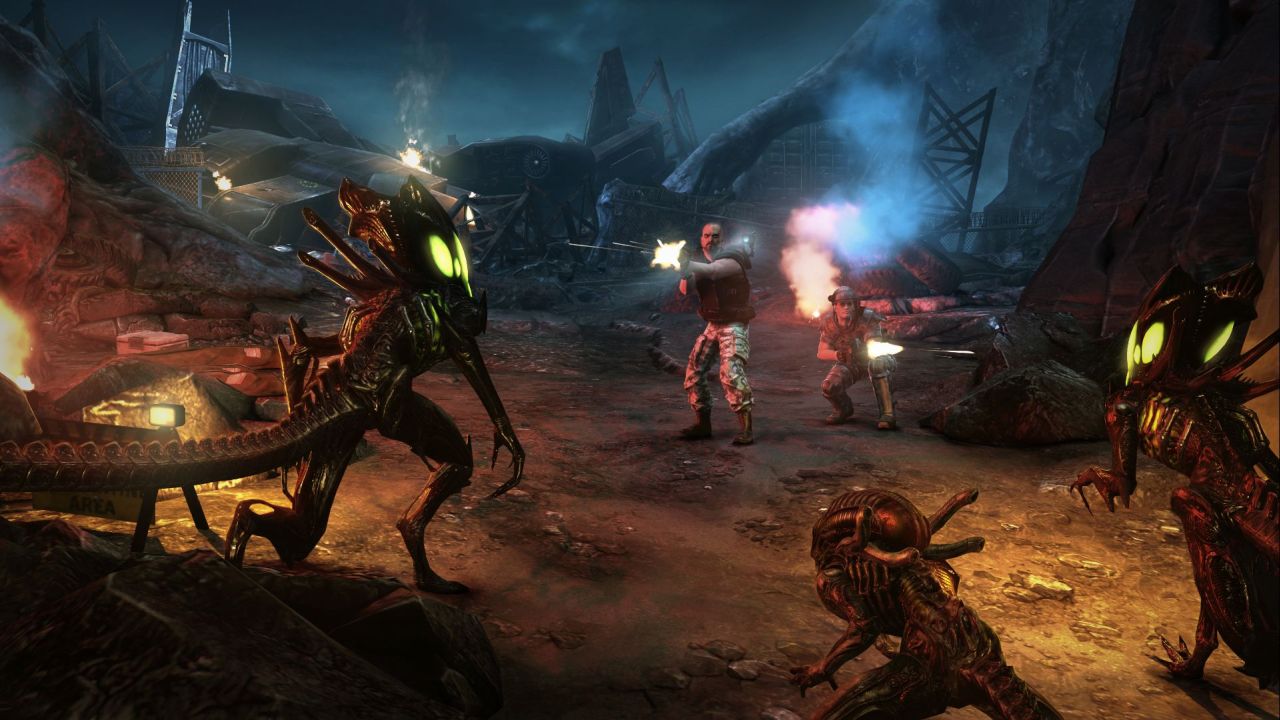 Competitive online multiplayer pitches aliens against marines. The aliens take some getting used to. They play in third-person and can see humans through any surface at great distances. However, they’re easy to kill head-on, so you’ll have to get used to climbing the walls and sneaking up on marines. Transitioning between surfaces is often clumsy though and the alien’s movement is sluggish, it’s just too easy to be caught out. There are different types to choose from, but their melee moves and spitting acid attacks are horribly unresponsive, with even the execution moves from behind taking forever to activate. Being able to squeeze through vents and occasionally sneak up behind a hapless marine can feel rewarding though.

Playing as a marine is straight forward in comparison. They handle in typical FPS fashion with campaign XP and upgrades carrying over. The motion scanner is used to much greater effect in multiplayer than in the story. Desperately trying to see the aliens that your scanner is warning you about is a brilliantly tense experience when you have your backs to the walls and something that I never experienced in the campaign. 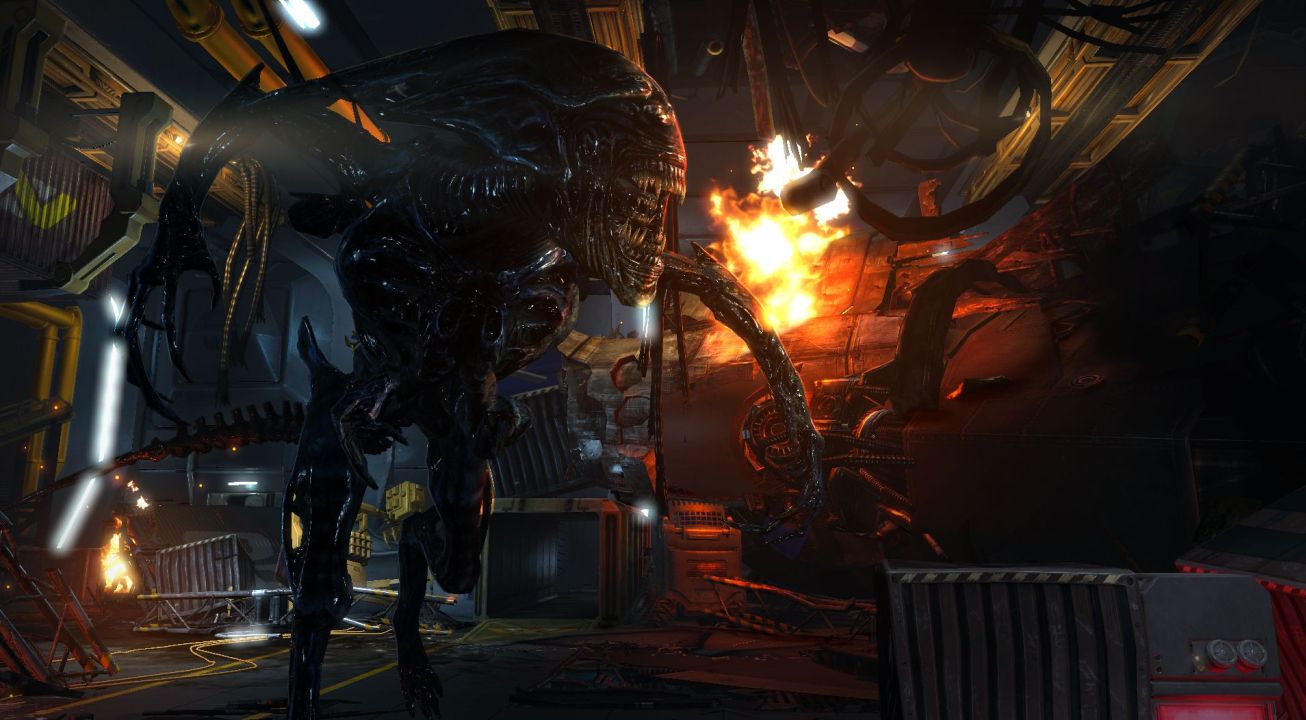 Modes for competitive matches involve two rounds as sides take turns as each species. A team deathmatch mode is supported by a base mode with the marines trying to blow up egg batches. Escape sees the marines trying to reach an extraction zone through a series of areas. The player names over the aliens are absent in this mode, which initially made me think they were AI ones. Not so, they have infinite respawns, while the marines are limited to one life. It can feel like a thankless task as the aliens as you’re even easier to kill than in the other modes, so getting behind marines is more important than ever. Difficult, when they’re constantly running towards an exit and you respawn in the opposite direction.

Future DLC promises a hoard mode, presumably for co-op against AI xenos, but considering the buggy nature of co-op and the general blandness that permeates every pore of the game, who’s going to bother? Anyone considering buying a season pass for the game should probably consider the possibility of some very deserted servers in the near future.

Throwing in a few visual references to the films and naming Trophies after famous lines shouldn’t have been as good as it got from Gearbox’s campaign mode. Showing gamers a completely different product at E3 to the one we’re playing now is utterly despicable behaviour too. In co-op the game can barely stand and despite improvements in the competitive multiplayer, it’s not something that you’re going to bother coming back to after a few days of play.

Prev123
Our ratings for Aliens: Colonial Marines on PlayStation 3 out of 100 (Ratings FAQ)
Presentation
55
Dated textures, rubbery characters, poor animation and a lack of lighting effects fail to capture the feel of the films. The audio design for the weapons and music claws back some respectability.
Gameplay
57
A very average corridor shooter that only works as a rental. Some of the weapons are pleasing to wield though against larger groups.
Single Player
40
A terrible story accompanies the by-the-numbers FPS gameplay. For better or worse, it only lasts around six hours. The references are enjoyable early on though.
Multiplayer
60
The co-op campaign suffers from lag, making targeting some enemies a nightmare. Competitive options are almost there, with some enjoyable motion scanner moments for the marines. The unresponsive xeno controls spoil things though.
Performance
45
Glitches abound despite two patches already. The constant loading times hidden by slow doors are all the more annoying when the game is only loading another identical corridor.
Overall
52
Gearbox have let themselves and us down. By showing us a completely different product at E3 to the one we’re playing now, they have betrayed the trust of gamers everywhere. A few movie references can’t make up for a shoddy campaign and half-assed multiplayer features. Rent or avoid.