Ni no Kuni: Wrath of the White Witch Review

A game by renowned Japanese film producers Studio Ghibli is a rare treat for us here in North America, and the news of plans to release Ni No Kuni: Wrath of the White Witch (as it is titled outside Japan) as an exclusive to the PlayStation 3 was a pleasant surprise to anyone familiar with the studio's animated masterpieces in the motion picture world. However, this seems to be one of those times when the translation between media does more harm than good. Ni No Kuni presents a poetic, endearing tale of a young boy drawn into a parallel world of mysticism and sorcery in a quest to save his mother's life and free the strange inhabitants of the land from the evil that threatens them. But the fruitful premise of the story is unfortunately marred by execution that is mildly enjoyable at best. 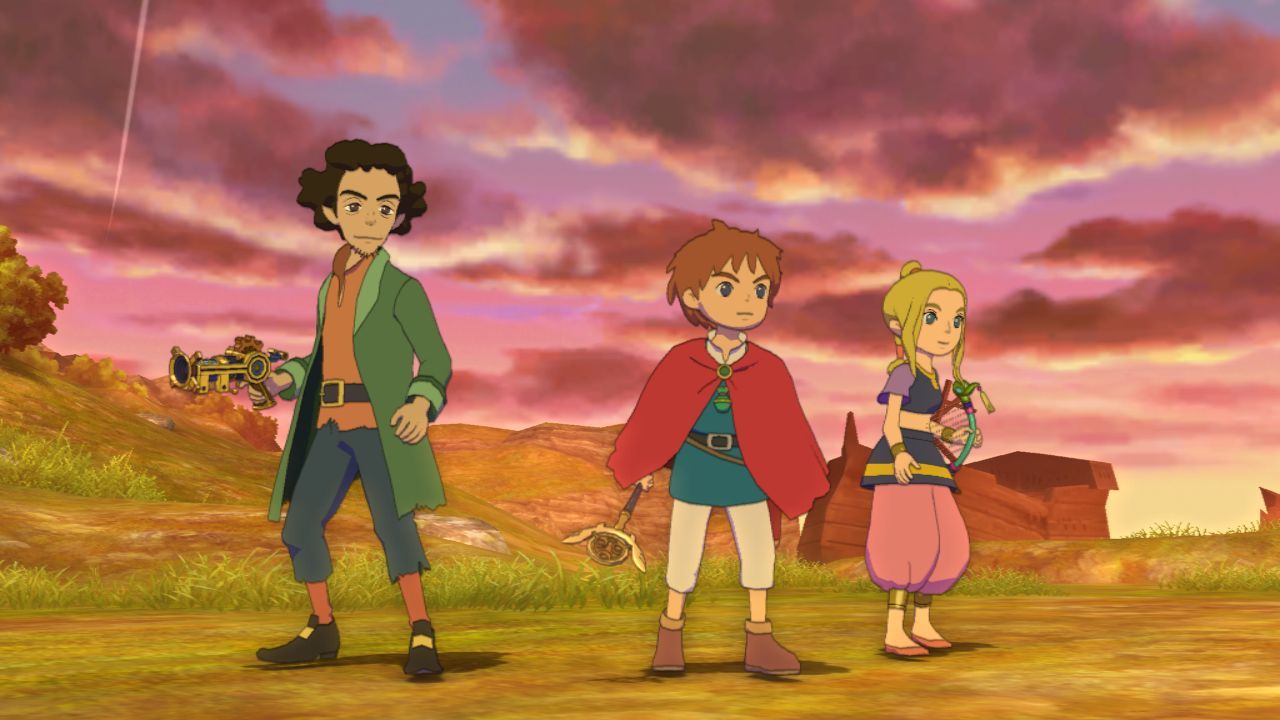 In Ni No Kuni: Wrath of the White Witch, players take on the role of a ten-year-old boy from a small, 1950's America style town called Motorville. To his friends and neighbors in Motorville, Oliver, or Ollie as he is often called, is a simple kid who is very kind and free-spirited. To those from the other world, however, he is a being known as the Pure-Hearted One, who is prophesized to be their savior. While he struggles to bear the grief of his mother's sudden death, Oliver's tears bring to life a doll that is actually the imprisoned form of a particularly spirited otherworlder named Drippy, Lord High Lord of the Fairies. He tells Oliver of the other world, how the boy is fated to defeat the minions of the White Witch, and a possible way to bring his mother back by saving her counterpart in Drippy's world.

The storyline is, for the most part, a simple series of generic RPG-style quests, which has the silver lining of leaving plenty of opportunity for the endearingly well-constructed characters to have the spotlight. Oliver is the type of protagonist who can connect with any audience. He is young and innocent, with a good heart and a great deal of courage even in the face of terrible, unknown dangers. His travels are further aided by the immense trust he places in his companions, which also has a way of making the player think of them as friends. You'll never get tired of meeting new characters or hearing Drippy exclaim, "Tidy!" The top-notch, movie quality voice acting complements the impressive characterization perfectly to engross players in an epic journey that is both emotionally gripping and highly relatable, despite being so deeply rooted in fantasy. 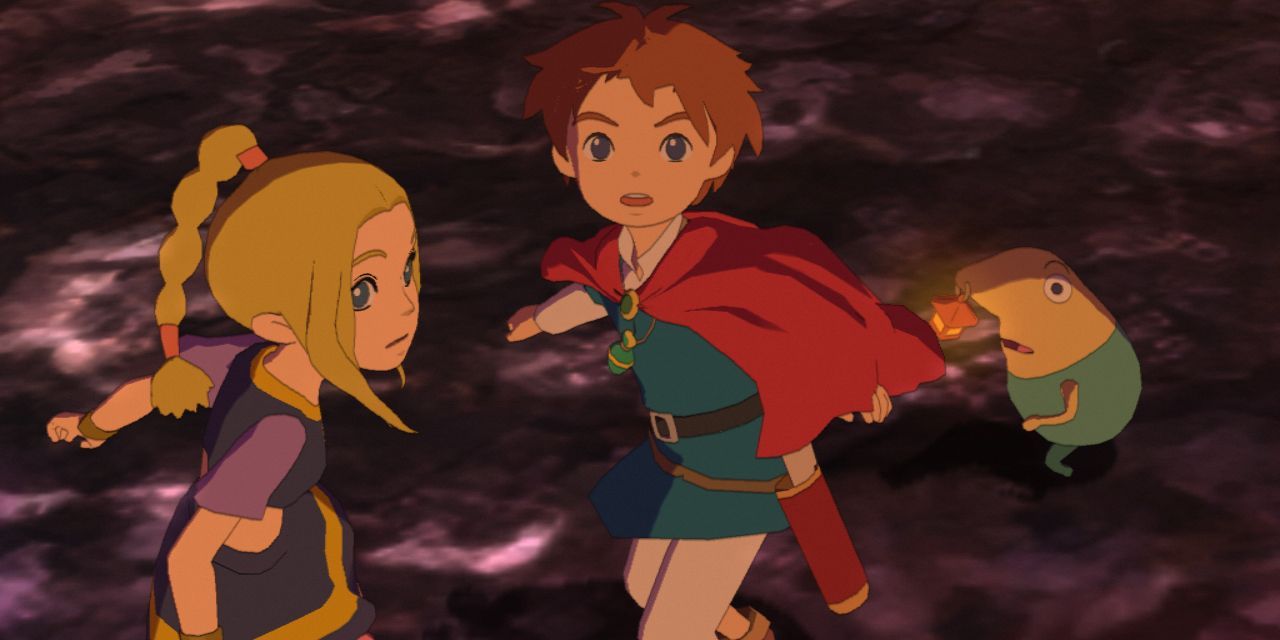 There are many games which are excellent in one aspect and terrible in another, resulting in an overall mediocre product. Ni No Kuni could be the textbook example of this. While the story development and characters are extremely appealing, the gameplay is often downright repulsive. Initiated by a tutorial that seems as far from concise as the developers could possibly manage, the main quest begins with Oliver making his way into the other world. Here, the player is introduced to the game's combat system, which is divided into different forms of play. The wide variety of elements is ambitious, and offers some fun ideas, but suffers from overuse and grows stale too quickly from repetition. Oliver fights with basic attack and defense options, which are only marginally effective at the best of times, and specialized moves, such as spells. Spells are often the only practical way to go, but take time to perform and drain magic power. They are also very limited early in the game. Here we see the flaw in the game's attempt at combining turn-based and real-time combat. Though it is an interesting new idea, it simply is not well-suited to any audience besides those particularly adept at multitasking in simultaneous move selection and real-time character movement. This problem is exacerbated by the frequency of battles in which Oliver is outnumbered by enemies.

In addition to fighting himself, Oliver can keep Familiars which manifest to engage monsters. These are magical creatures that are managed much like Pokémon, with independent leveling systems and customizable move sets. They can even be dressed up with different stat-changing equipment. Though they cannot fight with spells, their basic attacks are somewhat more effective against common enemies. The player can switch between Oliver and his Familiars (plus two other characters introduced later) in battle, but they all share a single health bar. Though the game has two difficulty settings, even the easier mode can feel unnecessarily arduous after a few dungeons worth of these battles. Conversely, the game feels incredibly simple in normal play. Outside of combat, there is little to engage players in the game. Many of the environments are restrictive, allowing for almost no exploration as in other RPG's, and objectives are practically served on a silver platter through waypoints that guide Oliver through the narrow paths toward his next goal. Combined with the overarching tutorial, it almost feels as if the game is holding your hand to make sure playing it does not present any challenge. 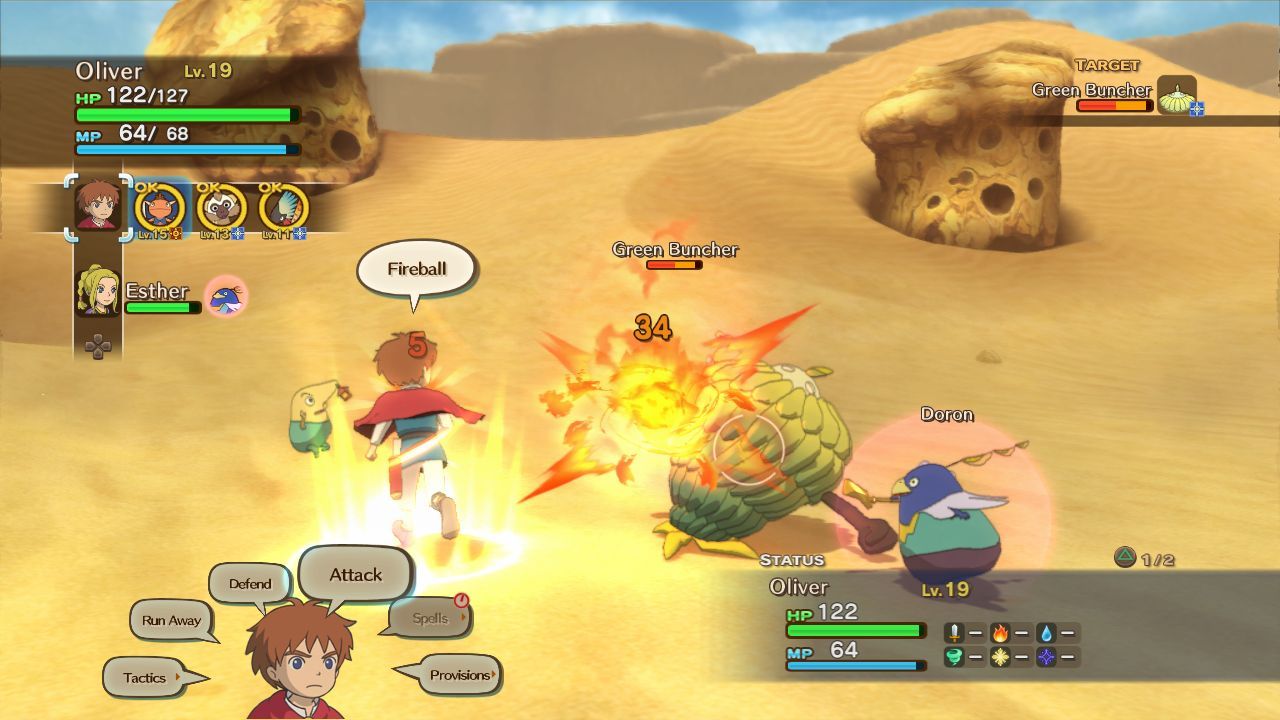 The relationship between the overworld and dungeons (for lack of better terms) presents another problem that takes some very attentive adjustment. The game operates on at least two separate save systems, neither of which is automatic. In most areas of the world, the player must save the game manually through the menu, which saves all progress up until that point. In the confined, dungeon-like areas on certain main quests, however, progress can only be saved at stones spaced out along the path. Dying in battle results in all progress being reset to the last save point if the player chooses to continue (which, for whatever reason, costs you all your money). If the player has not yet reached the first stone, the player is returned to the beginning of the dungeon. Do not, however, assume that this means your progress has been saved at that point. If you choose to quit the game without making it to a stone, your progress since the last time saving in the overworld will be lost (to include several hours of play if you're unlucky). This is just another example of the unfortunate quirks of the attempted blending of multiple systems in this game. In one level, some players have also encountered a legitimate glitch which can erase all saved game data.

Not every duality found in the game takes away from the experience, however. Ni No Kuni's visual style is a blend of realism and Japanese animation. The environments, particularly those outdoors or based in nature, are filled with stunning detail and brilliant color, while characters and other creatures look as if they were taken straight out of Kiki's Delivery Service or Spirited Away. Ni No Kuni is by no means a gaming masterpiece, but, in a purely visual sense, it does an excellent job of presenting a memorable and enjoyable story that has all the most beautiful facets of Studio Ghibli's native art form.

Our ratings for Ni no Kuni on PlayStation 3 out of 100 (Ratings FAQ)
Presentation
82
In addition to a charmingly unique graphical style, the game has an amazing soundtrack recorded by the renowned Tokyo Philharmonic Orchestra.
Gameplay
65
A lot of ambitious ideas that prove to be impractical further degrade a minimally interactive experience that is often boring or downright frustrating.
Single Player
73
The potential of a wonderful story with a loveable cast of characters is unfortunately squandered by inconsistent gameplay that is perhaps best suited to very young audiences.
Multiplayer
NR
None
Performance
62
Loading delays between areas are greater than would be expected for the scale of the game in relation to the console's capabilities, but the most glaring fault is the unforgivable prevalence of save file issues.
Overall
71
For anyone who can overlook the frustrating design and adapt to the disjointed gameplay, Ni No Kuni: Wrath of the White Witch offers a narrative experience that is commendable and, per Studio Ghibli tradition, unforgettable. 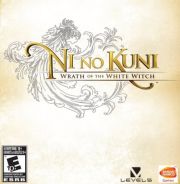