While the name, art style and cheesy humour surrounding Orcs Must Die 2 might suggest a casual time-killing spin with a genre that has been worn into the ground, it would be a mistake to label the game as such. The sequel to the enjoyable but somewhat limited Orcs Must Die is a comprehensive and surprisingly challenging tower defense game that largely keeps tedium and stagnation at bay with clever level design, a ludicrous number of upgradable traps, and a reasonably robust character building component. The addition of co-op multiplayer and continuation of basic but functional third-person action help keep the pace frantic and the hilarity significant, although succeeding in some later levels involves a good deal of trial and error. 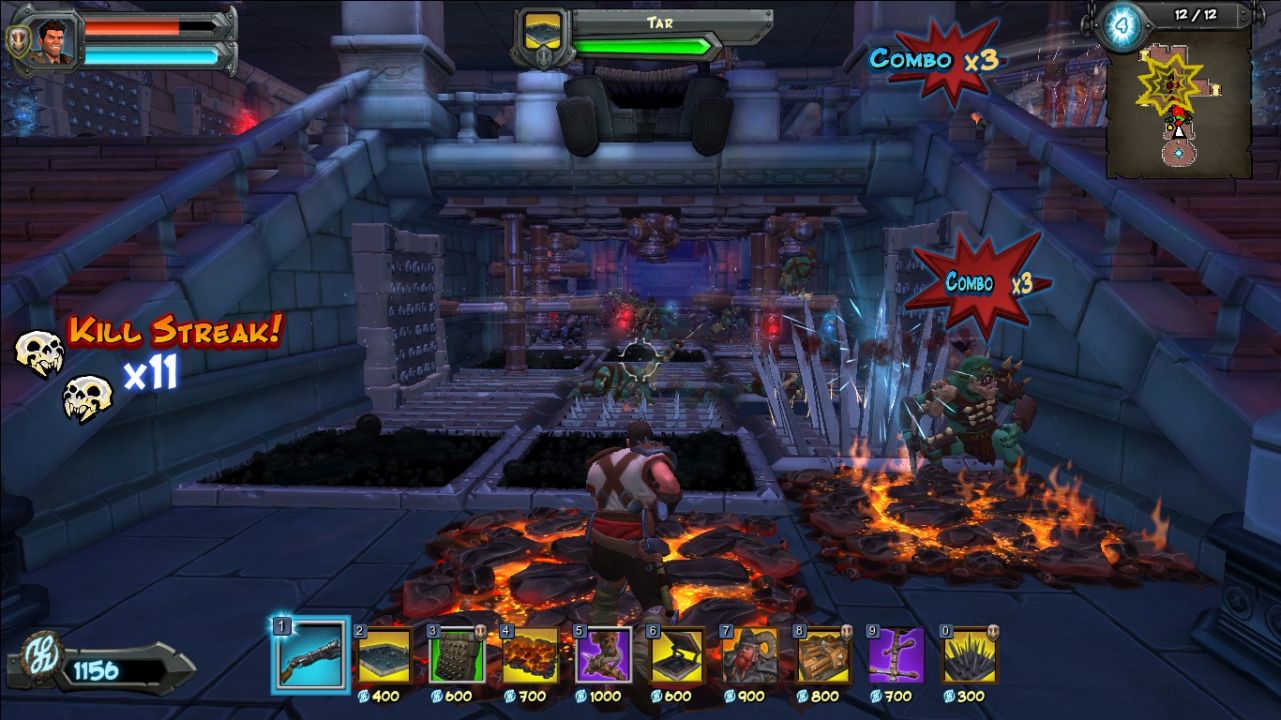 Building off the formula implemented in a straightforward but effective way by its predecessor, Orks Must Die 2 offers up fifteen increasingly difficult levels in which you must lay down traps and run around in third-person preventing a large horde of Orcs from entering a 'rift' that lies within each level. The onslaught is divided into waves, with early levels having only five or six waves and later levels increasing this number above ten. Between waves you must frantically lay down traps, making sure your defenses are Orc-proof as possible with the limited funds at your disposal.

The cheesy story surrounding this progression of levels is of negligible consequence, but the ability to choose one of two characters to use in the game is not. The smarmy male lead of the first game makes his return, but now wields by default a shotgun that fires what appear to be grenades as a secondary function. A female wizard of some variety also arrives on the scene and is the second playable character wielding a magic projectile spewing wand of some description that is also capable of mind-controlling enemies so that they fight each other and stop their advance. Character development is now a significant component of Orcs Must Die, and upgrading your character with passive buffs or weapon upgrades can make them much more effective at mowing down the green hordes. 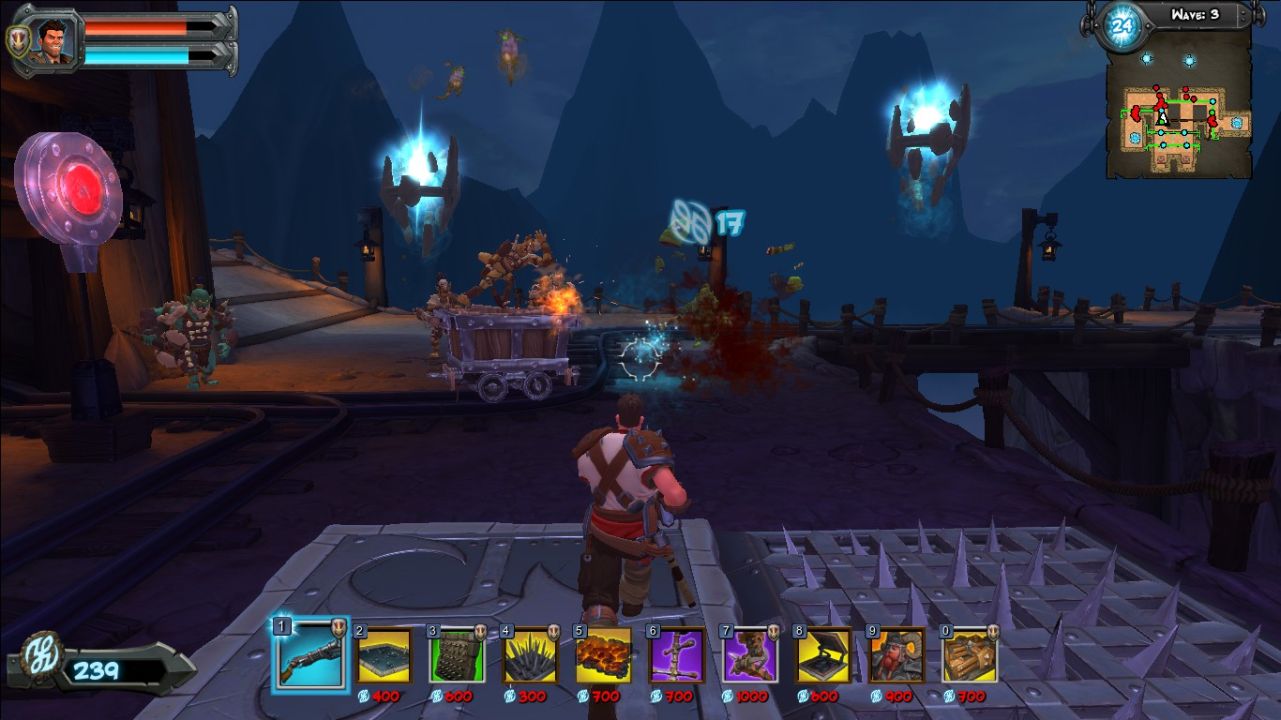 If upgrading your character isn't enough, you can also unlock and upgrade the numerous different traps. Each individual trap can be upgraded in multiple ways; in some cases they can be made more powerful, or be reduced in cost. Other times you must choose between upgrades, such as deciding whether you want the trap to do fire damage or ice damage. The traps you apply these upgrades to are incredibly numerous and range from basic but useful like the enemy slowing tar-traps to some outlandish but hilarious contraptions such as spinning rotors that descend from the ceiling and knock the unsuspecting Orcs about. Other traps will fling Orcs through the air, ignite them, freeze them, shove them off ledges and levitate them amongst many other things. The number of traps is extraordinary, and you will likely only see a fraction of them during a single playthrough.

The currency you use to upgrade traps and characters are skulls which are collected by completing levels cleanly or picked up off fallen enemies during games. The game is rather stingy with its skulls, almost excessively so, and as a result you will have to grind a bit in order to afford some of the more expensive traps and upgrades. Some alternative modes are offered to give incentive to go back and replay levels in order to gain more skulls, with Endless mode involving fighting off ever-growing waves of Orcs until you are finally overrun. 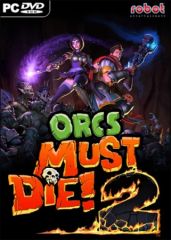 Our Review of Orcs Must Die 2
75%
Good
The Verdict:
"Customization and co-op multiplayer help this otherwise straightforward tower-defense game shed a few of the shackles surrounding the stagnant genre"
Game Ranking
Orcs Must Die 2 is ranked #727 out of 1590 total reviewed games. It is ranked #82 out of 145 games reviewed in 2012.
726. Euro Truck Simulator 2
PC
727. Orcs Must Die 2