Procedural generation may be little more than a buzz word around most design circles right now, but for game design, it’s old hat. Roguelikes and RPGs have utilized procedural generation as a means of bypassing memory limitations since the medium’s formative years. In that sense, 2009’s Big Sky was drawing upon a long and storied lineage when it brought randomly-generated content to the shoot ‘em up genre. Big Sky Infinity, the PSN's enhanced edition release, now brings that formula to Sony's console and handheld.

Traditional shoot 'em up games pit the player against a set of static levels, to be practiced until their patterns are set to memory. Big Sky Infinity eschews that convention in favor of one-off runs, populated by a dynamic assortment of enemies and obstacles. Here, the difficulty is ramped up at a rate determined by the player's proficiency, and play continues as long as one can survive. It's an innovative and wholly fitting application of procedural generation. Unfortunately, two-person developer Boss Baddie seems to lack the clout necessary to hit the concept's full potential, and an assortment of missteps serve to knock Big Sky Infinity a bit further down the ranks of indie offerings. 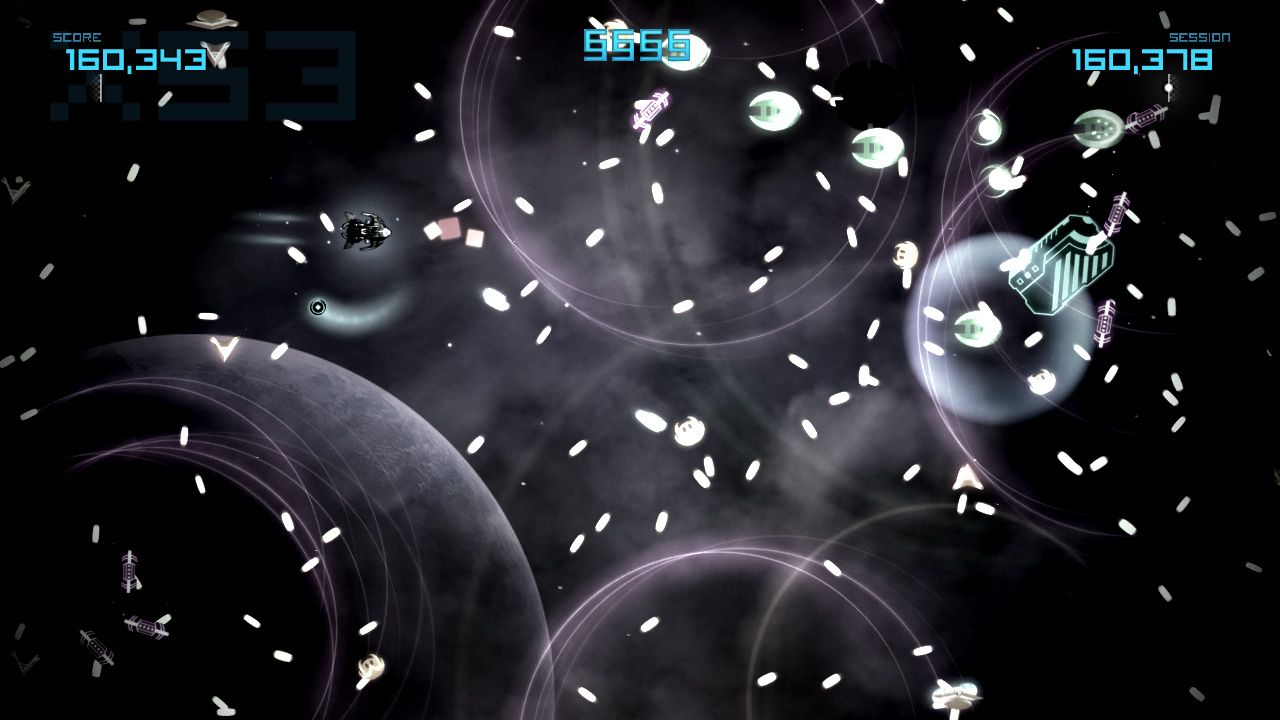 The scenario that you're tasked with is a familiar one: aliens are attacking [insert your home planet here] and there's nothing standing in their way save your little ship and a whole lot of space. Big Sky Infinity is a shooter of the twin stick variety, allowing full range of fire within its side-scrolling game space. Like the celebrated twin stick titles by developers like Housemarque, Big Sky Infinity comports itself quite admirably on Playstation-brand analogs. Shooting feels responsive, your ship seems formidable, and your attacks ring out with satisfying audiovisual effects. Within seconds, you’ll be flitting about the screen, mowing down neon-colored foes to the beat of the soundtrack’s potent mix of dance and electronica.

In case you couldn’t tell from their name, Boss Baddie sport a sort of glib nostalgia towards gaming’s history and nerd culture at large, and it’s on display in nearly every facet of Big Sky Infinity. Retro nods abound, from the pixelated high score fonts, to the heart-shaped “extra life” icons, and the bevy of other such gaming tropes that are invoked with regularity. There’s a charming, decidedly British irreverence to the game’s humor, too. It’s exemplified in Big Sky Infinity’s enemy descriptors, which imply that the basic enemy might not even be evil and riff on the fact that the solution to nearly every problem in the game is to shoot it with more lasers. That charm, however, doesn't carry through to Big Sky Infinity's in-game comic announcer, a swing-and-a-miss inclusion who sounds like he was recorded on a shoddy microphone. That's a shame, because it represents the sole avenue through which Boss Baddie's humor permeates into gameplay. 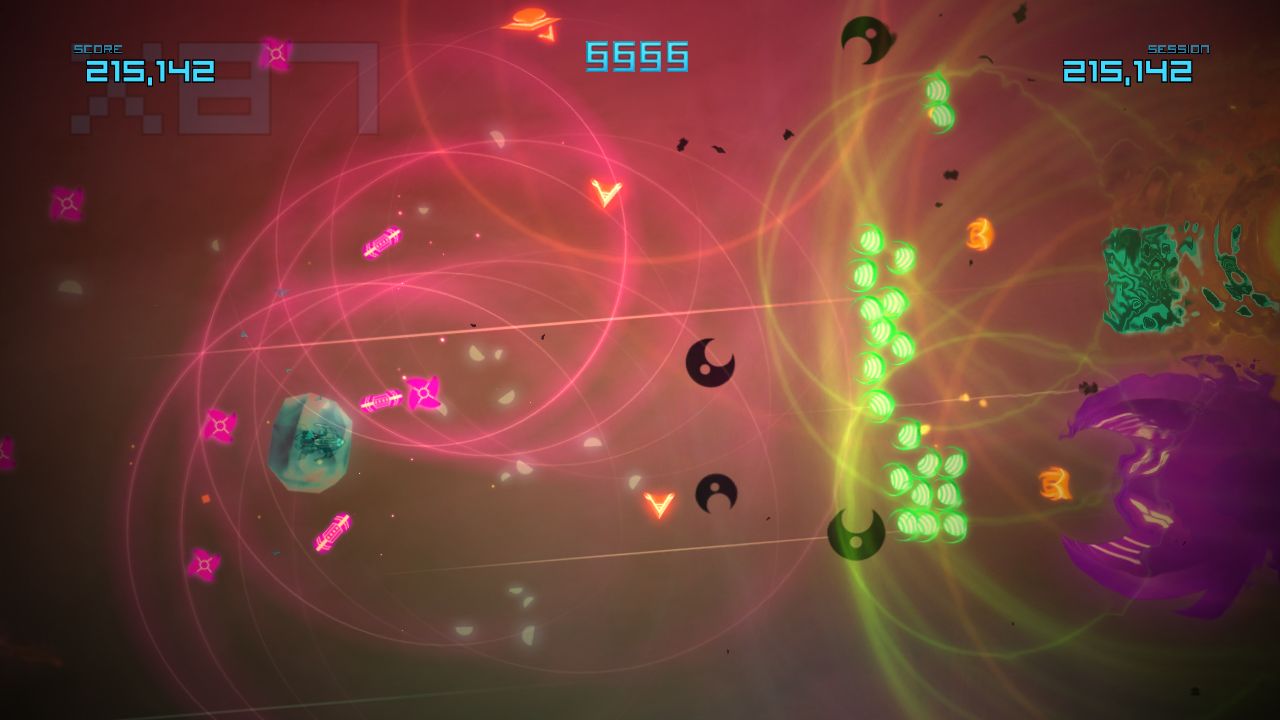 Thankfully, the played experience manages well enough on its own, by and large. Your spacecraft controls exactly as you’d hope, making it easy to zip around the screen while firing towards whichever direction stuff needs zapping in. For your troubles, you earn starbits, delicate little collectibles which enemies drop in handfuls, and which fuel Big Sky Infinity’s upgrade system (more on that later). In addition to your run-of-the-mill lasers, you’re also periodically blessed with a suped-up version that devastates anything it brushes over, and a drill move that acts as a counterpoint to your standard weapon. 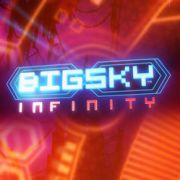