To help bring the classic Mario style into the modern era, New Super Mario Bros U contains a few new game mechanics to better utilize the Wii U's motion controls. The entire story mode can be played with either a Wii Remote or the new GamePad controller. In certain areas, the player will have to control moving platforms by tilting the controller and control Mario using the D-pad and buttons simultaneously. This takes a bit of practice, but is certainly a worthwhile addition to the game's time-honored formula. As promised in the initial demo of the Wii U at E3 2011, the GamePad can load and play the whole game (in single player mode) without need of the TV screen, which makes it a convenient pick-up-and-play title for those who don't like to be tied to their living room flatscreen (as long as they also don't get too far away from it) . 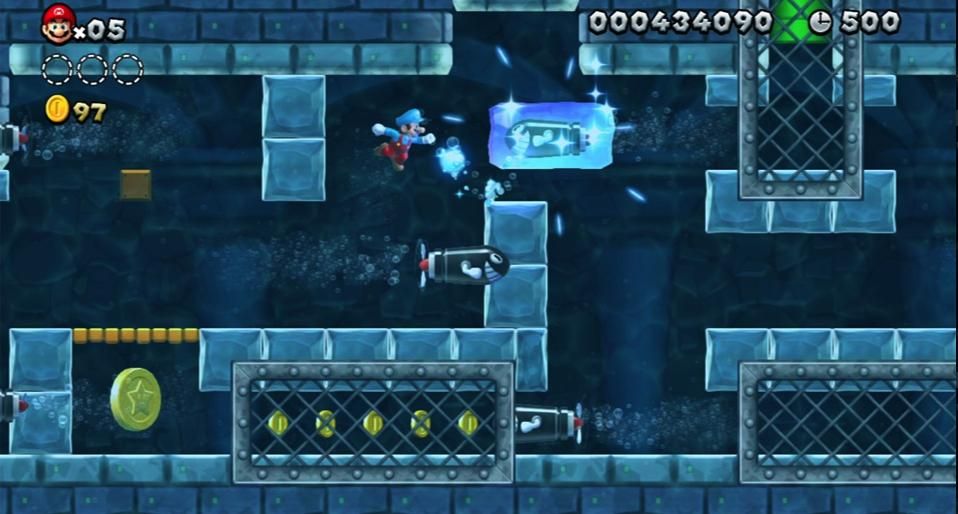 In addition to the main story, there are three additional freestyle gametypes that players can enjoy. Challenge mode, as the name would suggest, is an expansive assortment of special levels that must be completed within very specific guidelines. Examples include limiting the number of coins that can be collected, running through the whole map using triple jumps, or gliding all the way to the finish without touching the ground (in flying squirrel form, of course). Coin Battle is a strictly multiplayer mode in which up to five players compete individually or on teams to collect the most coins. This mode includes every level from the story, plus a few exclusives. It also allows a player using the GamePad to customize coin locations on a course for those using Wii Remotes to collect. In Boost Rush, the player collects coins to accelerate the pace of the level. Though slightly dull compared to the others, Boost Rush can be a fun challenge for those who enjoy courses where they have to keep moving or die. All three of these gametypes can be played as Mario, Luigi, Yellow or Blue Toads, or a Mii character. 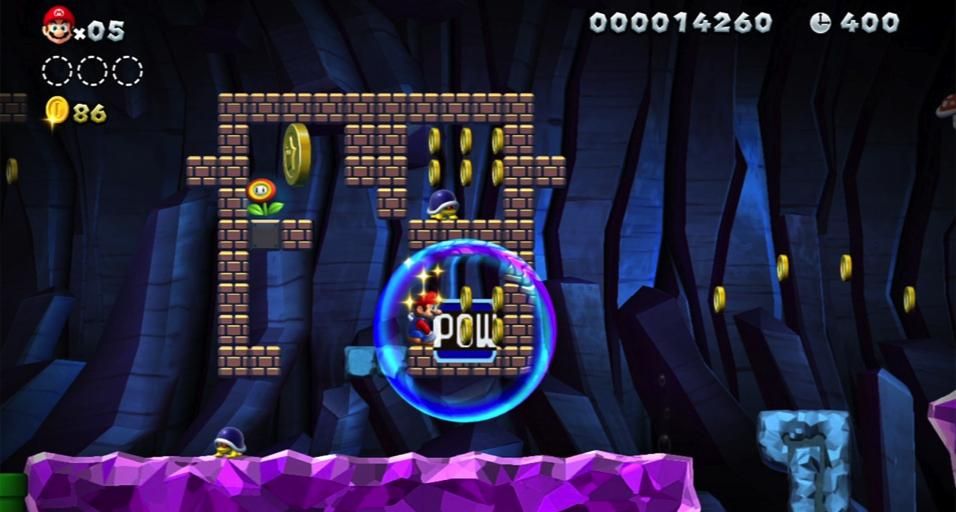 Despite the hurdles inherent in developing a launch title for brand new hardware, New Super Mario Bros U gives the impression of a project that received a lot of polish before being shipped out. The new and old gameplay mechanics are integrated very smoothly to provide an experience that feels fresh even after a thirty year run for the franchise. The Wii U's graphical capabilities, motion controls, and Miiverse integration offer a reinvigorated gaming experience with a strong community, without needing to stray too far from a tried and true formula.

Prev12
Our ratings for New Super Mario Bros U on Wii U out of 100 (Ratings FAQ)
Presentation
92
A fun, good looking, and generally well put together experience that proves the continuing viability of platform gaming.
Gameplay
88
New concepts are seamlessly integrated with the classic Mario style, though they take some adjustment on the part of the player.
Single Player
86
A wide range of challenging worlds host a fun-filled adventure that can too easily be cut short.
Multiplayer
86
Local co-op and competitive modes make for a great experience that would have been made perfect by the inclusion of online play.
Performance
88
Nintendo's trademark cartoon style transfers well onto the big screen or the GamePad screen, with little to no discrepancy between them.
Overall
89
New Super Mario Bros U provides a highly enjoyable experience for anyone from seasoned veterans to young players getting their first taste of gaming, earning the franchise the launch title success it hasn't seen in over fifteen years. 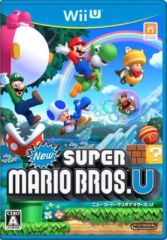