Another addition made to the singleplayer is the ability to choose your loadout before each mission. You can select your primary and secondary weapon as well as attachments, grenade types, and perks. There are a number of cool gadgets you get to use, such as a stealth cloak that can hide you from enemies for a few seconds or a wrist-mounted grenade launcher that help make the future setting feel like more than just visual makeover. The guns themselves however are slightly less interesting; everything still fires bullets, and many weapons look and feel extremely similar. The gunplay is improved somewhat over Modern Warfare 3; enemies react more to being shot, and improved sound design helps firearms feel more powerful. Recoil is still a term foreign to the series. The gunplay is still miles behind industry leaders such as Battlefield 3 and Red Orchestra 2 in terms of visual and auditory feedback that indicates you hold something that is more than a pop-gun. 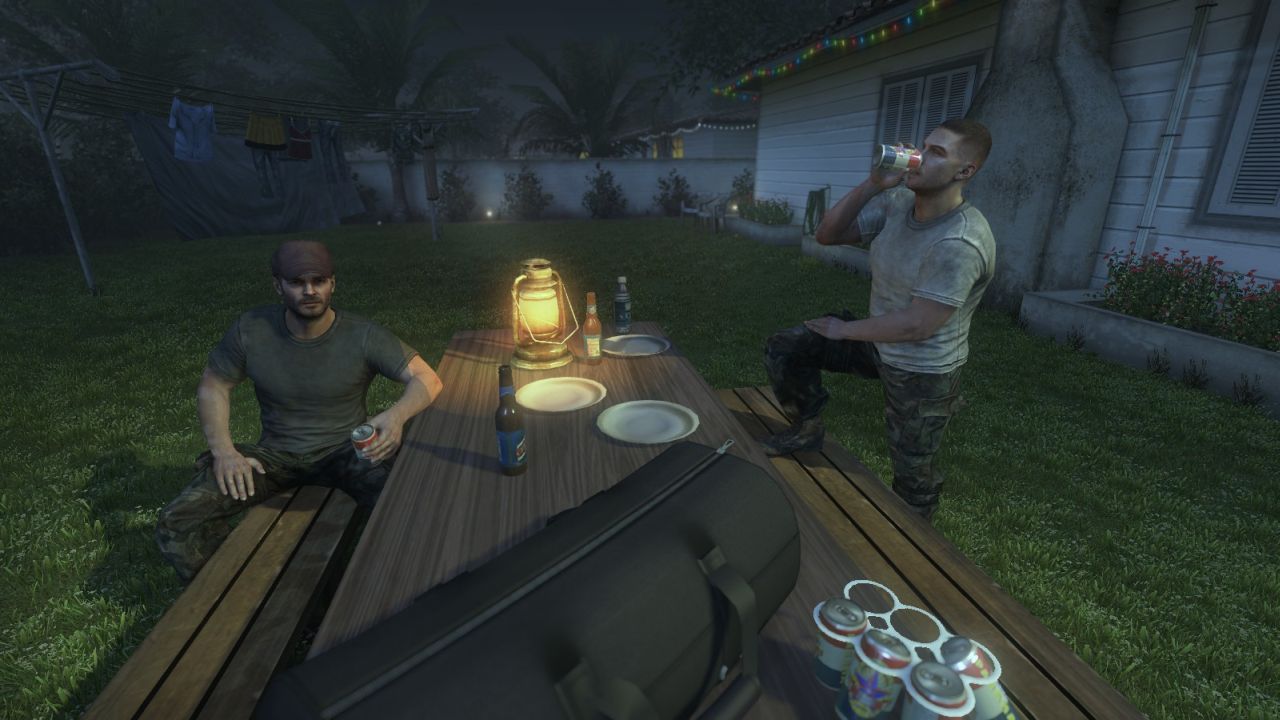 Once you tire of watching the sad dance of the artificial not-so-intelligent you might want to wander over to the great gaping maw of the game's competitive multiplayer. Every new game in the Call of Duty series seems to add new modes and ideas while retaining all of the old ones, and they have piled up to a massive rather bewildering array of different modes, options, menus and sub-menus. The tried but true standard multiplayer that blasted the series into the financial stratosphere is at the forefront of these modes, and it is in very good shape compared to Modern Warfare 3. The 'pick ten' system allows you to fill up to 10 slots with whatever combination of equipment and perks you so desire, with each weapon, attachment, perk and grenade taking up one slot. Fancy ditching firearms all together and running around like a fool knifing people? Yep, you can do that. The new load-out system is a great, but a few ideas, both good and bad, manage to seep in from last year's game.

While Black Ops 1 had a great system for unlocks, providing you with 'CoD Points' that you could spend on items of your choosing, MW3 decided this was too balanced and instead used a weapon level system. Not only did leveling up weapons grant you attachments, but it also gave you access to 'weapon perks' which were the worst thing to happen to the multiplayer since it was conceived. Thankfully these weapon perks are gone, but bewilderingly weapons levels remain, although they are only tied to the attachments. Apart from this the unlock system is similar to Black Ops 1, with tokens being granted upon leveling up that can be used to unlock weapons, perks, equipment or score streaks. The one good idea that MW3 had also makes its way into Black Ops 2; instead of rewarding players exclusively for stringing kills together, you are rewarded for accumulating a certain number of points before dying. This encourages playing objectives rather than just camping in a corner racking up your kill count. 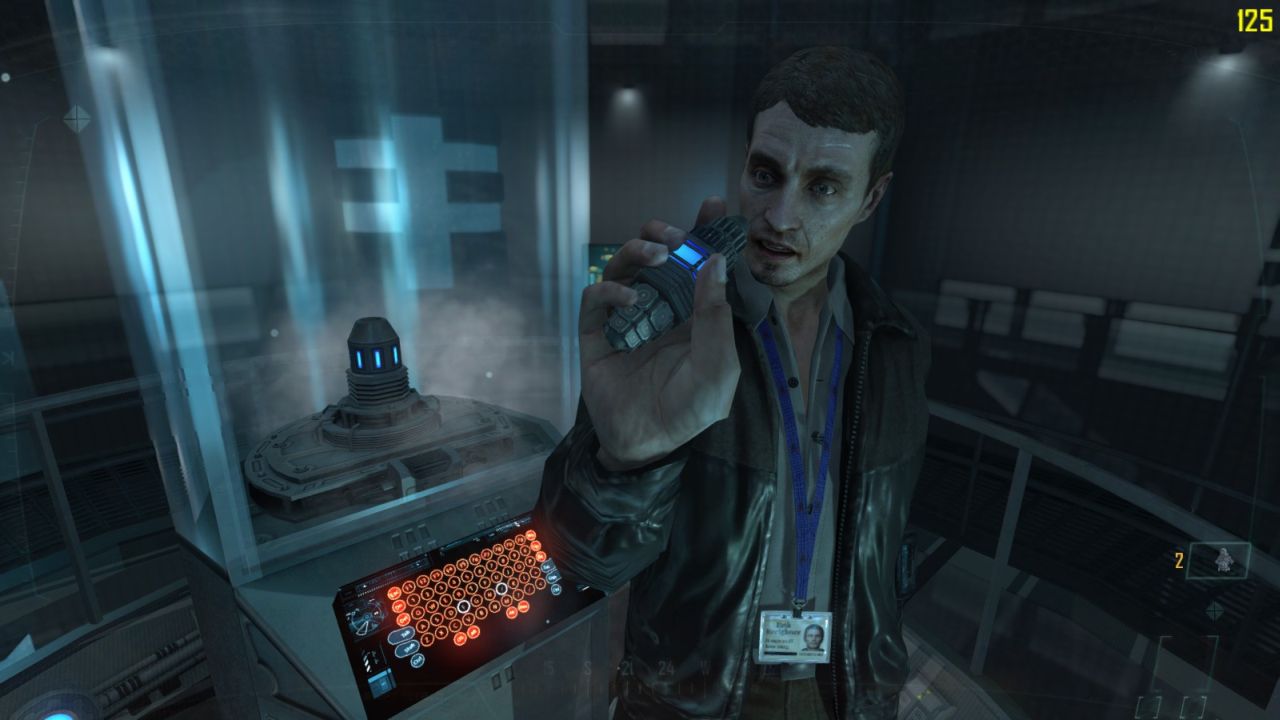 The biggest problem with last year's release was that it all but forced you to run-and-gun with claustrophobic map design and poor perk unlock progression. While SMG's lack recoil when fired from the hip and are a bit too effective at range in Black Ops 2, I was able to succeed using every weapon type and a variety of play styles. The maps aren't quite as well crafted as those of Black Ops 1, but many of them are at least good, with a mix of open areas and mazes of corridors. There is only one new game mode, Hardpoint, which is like King of the Hill where the single capture area moves every minute or so. This mode feels a bit too similar to Headquarters, but it also encourages teamwork and tactics on a level rarely seen in the franchise known for its chaotic multiplayer matches. The other addition is multi-team matches which allow for three teams of three to compete in a variety of game modes that make for some tense and frantic action. All of the old modes such as Domination, Headquarters and Kill Confirmed return, as well as the party games like gun game and stick and stones, but you can no longer place wagers on these which is greatly disappointing and makes them a bit pointless.

Combat Operations also returns, letting you play against bots, but the other main addition made to Black Ops 2's multiplayer is league play. This gives you a chance to play in ranked games that then place you in a league based on how you perform similar to the system used in Starcraft 2. All of the unlocks are available right away for this mode, and it's fun to play around with load-outs for weapons you haven't yet unlocked in the normal multiplayer modes. The competitive multiplayer loses some if its addictiveness when the constant stream of rewards stops, but the biggest thing that might prevent you from getting in to league play is the lack of people playing it. The matchmaking used for league play will only start a game when the lobby is full, and it can take a very long time for a lobby to fill up. It also ranks you based on wins rather than kill/death ratio, which means you could get placed above or below your actual skill level depending on how your team performs during placement matches.