Deponia is the latest title to come from German developer Daedalic Entertainment, a company who has given us some of the best classic adventure games of the past few years. Following a more or less similar style to the company’s previous titles, Deponia is a solid game with a rather original premise which is executed quite well. 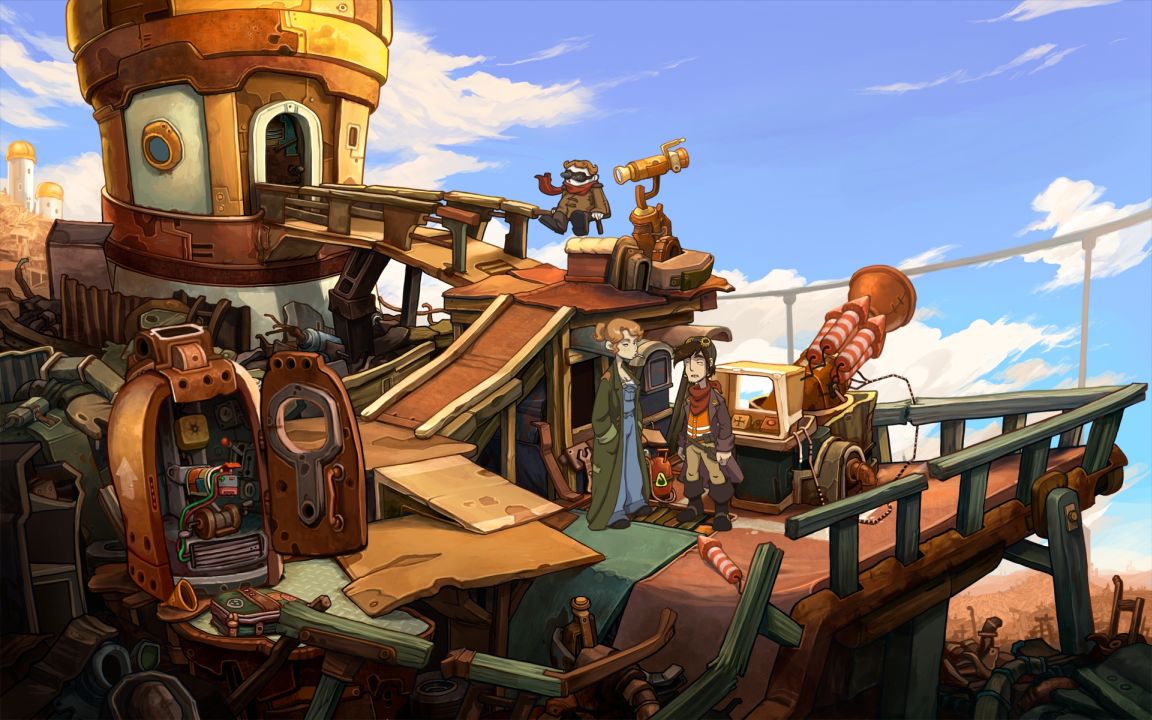 The story is centered on Rufus, a rather self-absorbed and sluggish character that initially does not seem to care much about anything or anyone around him. Rufus’ main goal is to finally make it out of his trash-filled planet, Deponia, once and for all, and reach Elysium, his dream destination but also his only option. The main problem is that no one before has managed such a task, but of course Rufus is set to succeed. Not surprisingly, he fails, and his plans eventually backfire and instead of him escaping, he ends up knocking out a beautiful Elysian girl named Goal, causing her to fall on Deponia, leaving them both still trapped there. Our hero not only finds himself smitten by Goal, but also sees in her his one chance of actually making it out of the planet. Unfortunately for Goal, she does not have much to say about Rufus’ or everyone else’s plans about her since for a great part of the game she remains unconscious.

The plot is interesting enough to get the player engaged. The game’s cartoonish style and wit work very well in setting up a light-hearted atmosphere. Rufus and the rest of the characters feel fresh and unique, and the voice actors do an overall excellent job, managing to make the numerous dialogues of the game feel entertaining and not at all dull or dragging. This of course is also due to the great writing and clever humor of the game. On the whole, Deponia is definitely more than an average old-school adventure game. Alas, the only issue with the game’s story is that it follows the current trend of leaving its ending bland in order to set up the way for a sequel. This is partially excused for Deponia, since the game is part of an already announced trilogy, nevertheless, the ending could definitely have been wrapped-up better. 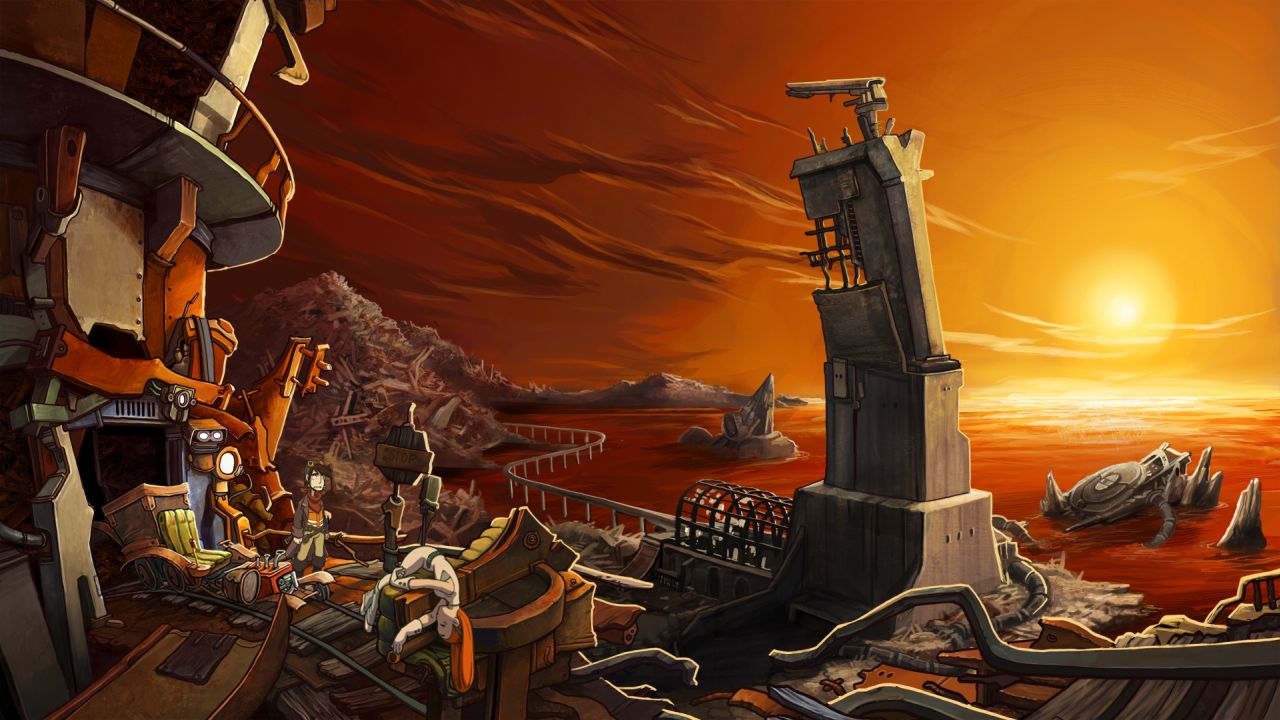 Graphics-wise the game looks remarkable. The cartoon/animated style suits the title quite well and Daedalic’s trademark style is definitely there. Though there isn’t a vast range of locations for Rufus to visit, every setting looks impressive to say the least, using a vivid color palette and completely hand-drawn graphics, which manage to look sharp even in high resolutions. Add to that the beautiful animations and it becomes clear that the visual aspect is one of the strongest points of the game. Moreover, the game’s soundtrack, though it is not something to write home about, definitely suits the title quite well and adds to the general mood. 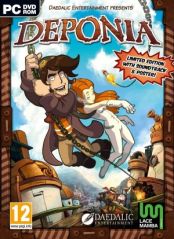