It’s tempting to wonder whether skepticism undermined The Unfinished Swan. The first-person painter-slash-adventure game was first exhibited as a simple tech demo back in 2008, wherein white-on-white walls became visible only when splattered with thrown orbs of black paint. Back then, it was a mechanic in search of a game, all aimless exploration and creepy new-age stock music. With each iterative viewing, a common refrain came forth from critics: “Is this all there is to it?”

Four years later, and the mechanic has found a story. The Unfinished Swan tells a simple fairy tale about a young orphan named Monroe, whose late mother bequeaths to him a magic brush and the eponymous painting. When the bird escapes its canvas and disappears through a mysterious door, Monroe gives chase. Through Monroe’s eyes, the player then finds himself in the empty world previewed in the tech demo. It’s an inventive and affecting start. 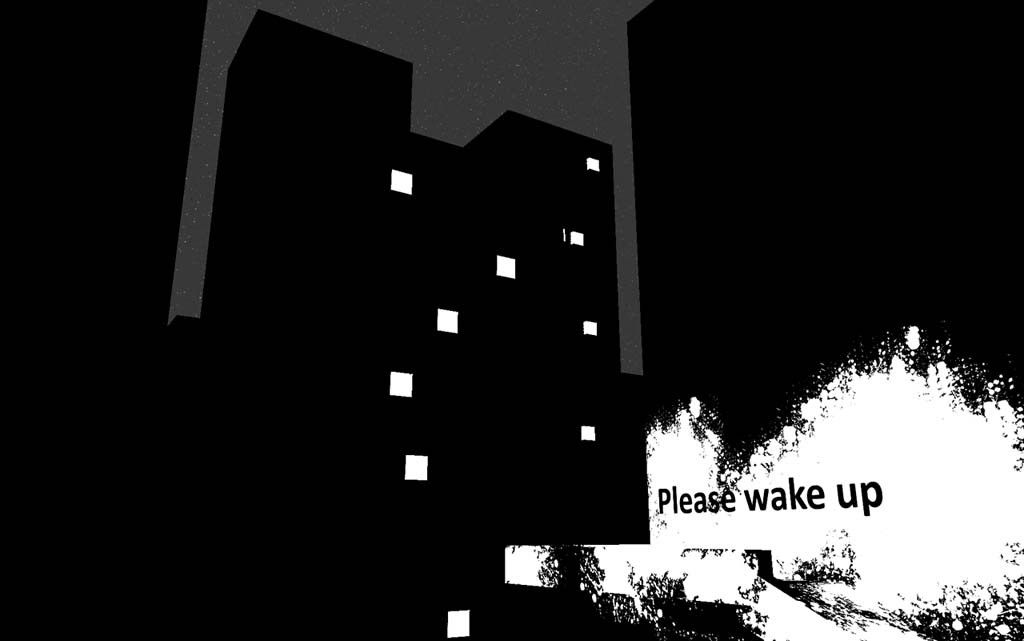 At a press of the triggers, Monroe tosses orbs of black paint forward, revealing the geometries that lay hidden about the environment. Any previous familiarity with The Unfinished Swan serves to dampen what would otherwise be a revelatory moment here, but the idea remains novel, and the resultant visuals are spectacular. There’s also a casual balance to it: tentative painting proffers little in the way of guidance through the field of white, but overzealousness renders an unbroken black that’s equally disorienting. Yet finding your way never feels unduly taxing, so you’re able to relax and enjoy the gameplay for its meditative qualities, unburdened by consequence. With a bit of slap-dash painting it becomes clear that you’re in a garden, your efforts lending visibility to hidden trails, plants, ponds, and frogs. Sumi e bamboo frames your path, and a jerry-rigged boardwalk winds across a stark white pond, past cattails and leaping fish. It’s the Picturesque movement in video game form: where the discovery seems spontaneous and the beauty seems natural, but both are actually meticulously curated.

Within The Unfinished Swan’s story, the curating is the work of an omnipotent king who’s something between Midas and the bare-skinned ruler from The Emperor’s New Clothes. His tale is drip-fed to you through storybook text hidden about the world that speaks when struck with a ball of paint. Through the gentle narration you learn that the environs you inhabit are the King’s creations, their achromatic appearance the result of his uniquely vain aesthetic preferences. It becomes increasingly apparent that your stories are somehow intertwined, as your attempts to catch the runaway swan serve to bring you closer to discovering the King’s fate. A pall of incompletion and regret bond orphan to King, but so too does the act of painting. 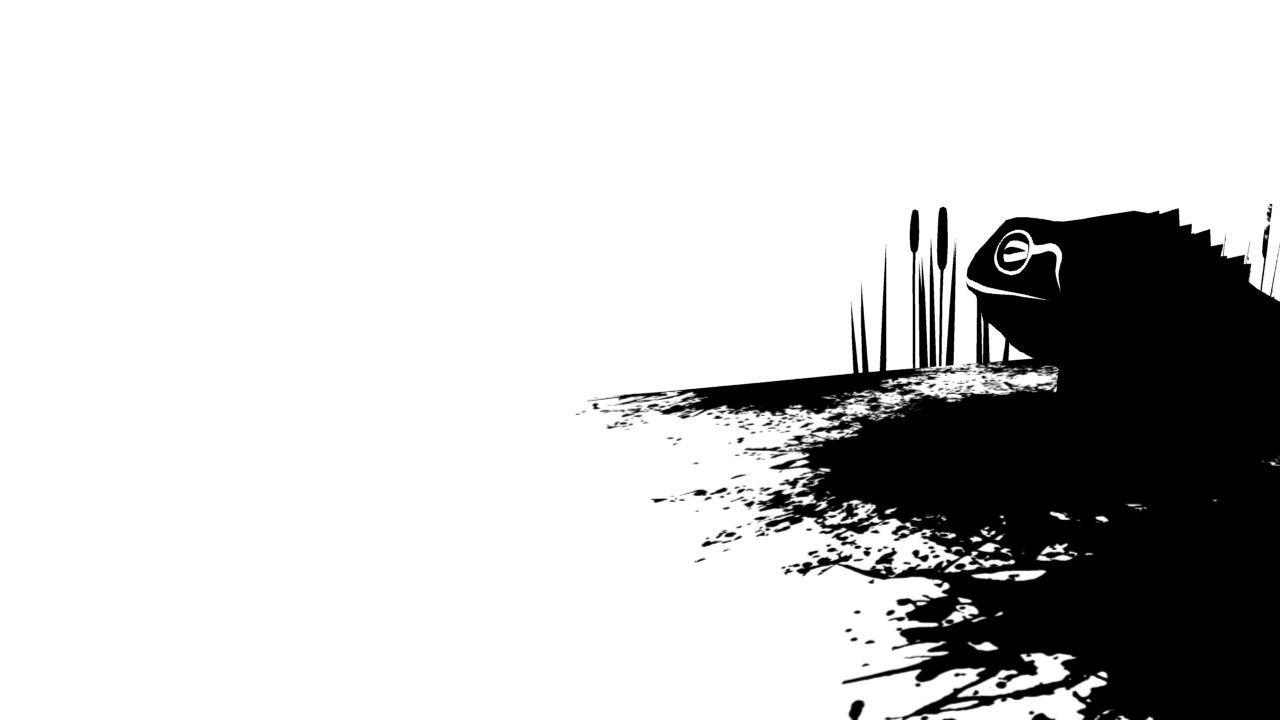 Sadly, that painting only really occurs in the first fifteen minutes. The Unfinished Swan quickly ditches its seminal mechanic, opting to integrate shadow and color into the world mere minutes into the experience. The transition comes so fast that one wonders whether it reflects the original design intent, or a reaction to the skepticism that marked the game’s early reception. Regardless of the motivation, The Unfinished Swan is in a perplexing hurry to put aside its most interesting conceit, as if corrupted by fear that players will grow tired of it.

That’s fortuitous for those with short attention spans, or who see little worth in exploring the mechanic’s untapped potential. Others are likely to find themselves feeling cheated as The Unfinished Swan plows ahead to other, more contrived systems. But the Swan won’t chase itself, so to speak. And so your blank canvas is exchanged for a maze-like assembly of minimalistic towers, your black paint inexplicably replaced with globs of water. The water can be tossed at switches to open gates, or onto surfaces to propagate climbable vines. These new mechanics are serviceable, but arbitrary, and they expose the rudimentary execution of The Unfinished Swan’s first-person perspective.

Monroe possesses neither visible hands, nor feet, and his movement is unnaturally smooth. It’s a foible one can forgive when simply throwing paint around, but when greater degrees of interactivity are piled on, the sense of immersion cracks under the strain. Monroe navigates monkey bars while simultaneously throwing water orbs. He operates a fire hose that’s not connected to anything. Climbing feels like panning a floating camera around objects. Issues like this wear away at the magic of the game’s premise. 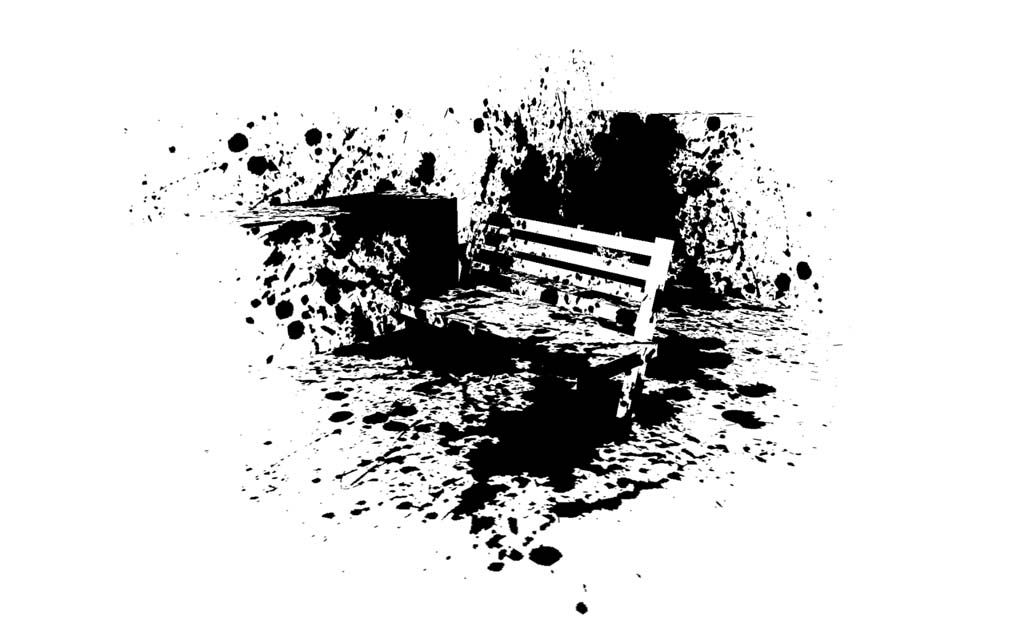 It’s not long before The Unfinished Swan wanders away from this setting (and its vine-spreading mechanic) too. In its stead comes a pitch-black night scene, wherein giant spiders attack Monroe whenever he steps away from lanterns that must be activated with thrown paint. There’s certainly a dark side to many fairy tales, but man-eating arachnids seem more suited to Limbo than the toddler-friendly stylings of the rest of The Unfinished Swan (the game’s unlockable bonuses are even called “Toys”). It’s an ungainly segment where you fumble about hurriedly in the dark, as red claw marks scar the screen to indicate the damage the young orphan is sustaining. Death here only sets you back a few paces, but the fact alone that Monroe can be killed like this is at odds with the rest of the experience. The carefree painting mechanic of the first level seems like a distant memory.

Similar contrast issues plague a final stage, which sees you throwing orbs against walls to define, then extrude, geometric platforms. It’s fun and playful, but it seems like it’s from another game entirely. Fittingly enough, a look through a telescope in this portion reveals a Journey easter egg. It’s a well-meaning nod, but it serves to remind one of what a game can achieve with a focused, cohesive vision. The contrast is unflattering. The Unfinished Swan’s fickle transitions from area to area are jarring and seemingly arbitrary. There’s little flow to the manner in which these disparate locales, or their accompanying mechanics, are introduced, and the thematic connections bonding two of them to the rest of the game are tenuous at best.

Developer Giant Sparrow manages to right the ship just in time for the conclusion, thankfully, though I won’t spoil it here. I will say that the strong narration present in the rest of the game is at its best at the end, and a few quirky design choices will bring a smile to your face. And though the game stops a fair bit short of profundity, the recurring motifs are at least wrapped up in heart-warming manner. 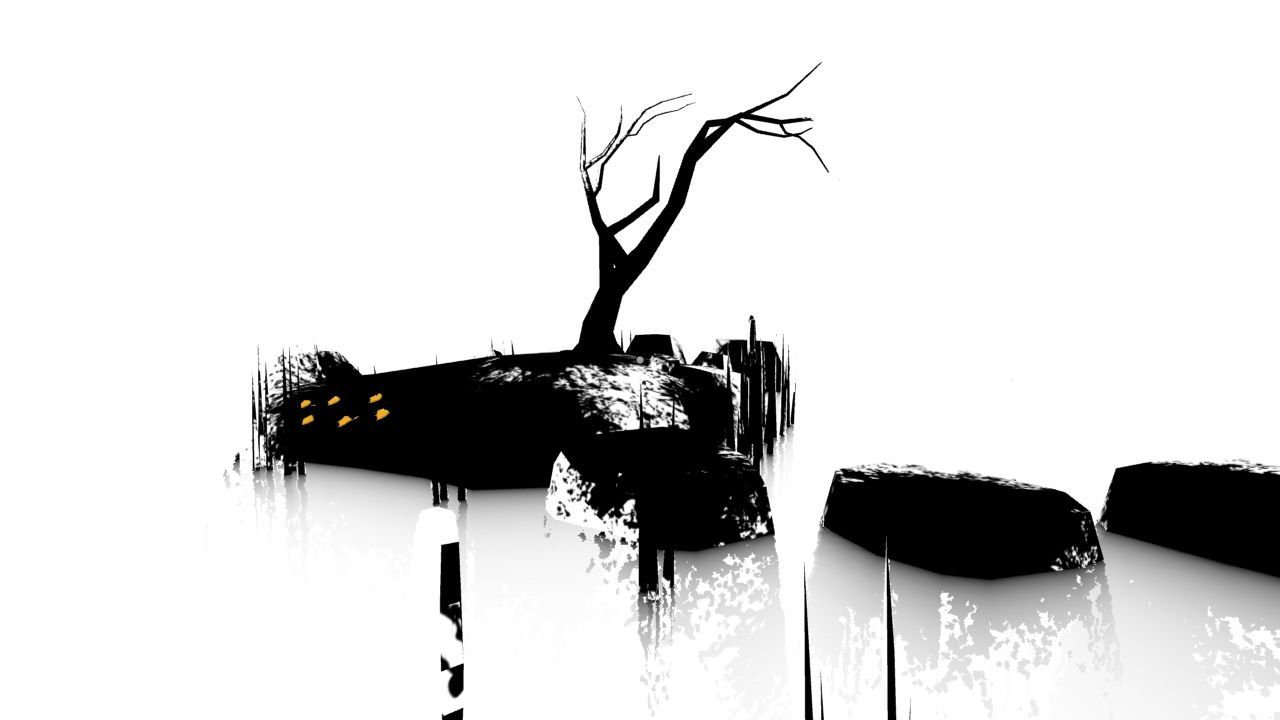 My biggest qualm, however, is not with The Unfinished Swan’s execution of story or motif. It’s a disappointment that such elements played such a trifling role in the game’s ludic side. I ask: “What defines the gameplay experience here? What unifying mechanic binds these disparate features together?” The disappointing answer is that, when it comes to play, The Unfinished Swan isn’t really a game about painting. It’s just a game about throwing things.

Our ratings for Unfinished Swan on PlayStation 3 out of 100 (Ratings FAQ)
Presentation
80
Developer Giant Sparrow shows an early knack for aesthetics, doing wonders with a limited palette. Destinations and centerpieces are framed dramatically, and claustrophobic areas give way to sweeping vistas. Each new gameplay mechanic is accompanied by unique and charming visuals. But Monroe feels like less a precocious young child than floating camera.
Gameplay
40
The Unfinished Swan's gameplay fails to establish any sort of rhythm or cohesion, leaping from idea to idea arbitrarily and undermining the thematic unity of the experience. Splattering paint around the environment is novel, but makes up an almost insignificant amount of the experience. Other mechanics, like hitting lanterns or following a ball of light, are dull and uninspired.
Single Player
68
Warm-hearted narration and fairy tale accoutrements make for an enjoyable story, but it all stops a bit short of anything truly memorable or profound. At around two hours, The Unfinished Swan is over quickly, an issue exacerbated by elements that don't feel sufficiently explored. Token collectables add some replayability for serious completionists.
Multiplayer
NR
None
Performance
74
Surprisingly, there's a bit of intermittent screen tearing, but otherwise The Unfinished Swan doesn't really tax the PlayStation 3 hardware; it's a silky-smooth experience.
Overall
60
The Unfinished Swan starts out strong, but the evolution of its disparate elements seems unnatural, even forced. The pleasant narration and storybook stylings are a perfect fit, but struggle to stand out in the face of dull and contrived mechanics. It's got plenty of charm, but the lack of focus means that even the best ideas only receive a surface treatment in this brief adventure. 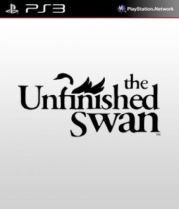 Our Review of Unfinished Swan
60%
Adequate
The Verdict:
"This charming and visually remarkable fairy tale gets undercut by its disparate gameplay mechanics"
Game Ranking
Unfinished Swan is ranked #1391 out of 1646 total reviewed games. It is ranked #126 out of 145 games reviewed in 2012.
1390. Deadlight
Xbox 360
1391. Unfinished Swan

All videos for Unfinished Swan (1)
Advertisement ▼