The Testament of Sherlock Holmes Review

Compared to previous installments of the series, this is a definite improvement on all aspects 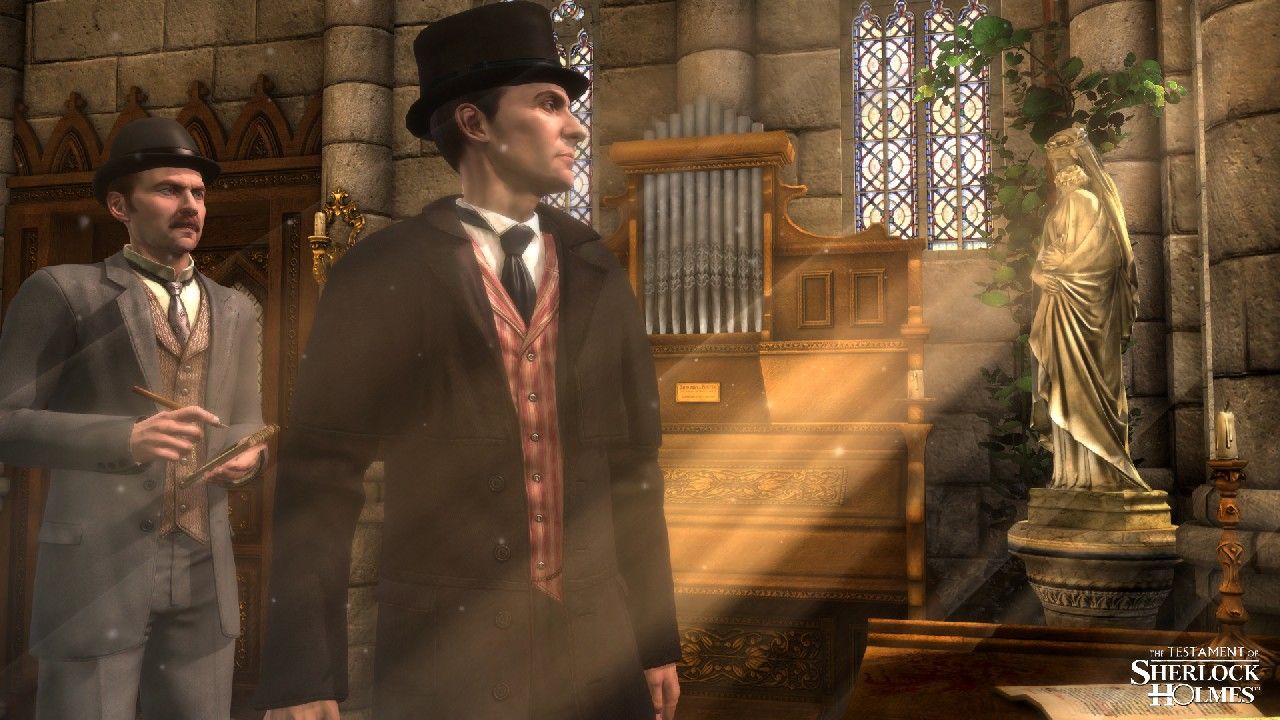 As usual, the game takes place in 19th century London, and as most games of the series, it has an original story rather than following one of Doyle’s works. Nevertheless, Holmes’ fans are sure to notice several references to the books and Frogwares’ Sherlock will certainly feel familiar. The game begins showing Sherlock accompanied as always by Dr. Watson, just having solved a case of stolen jewelry. The introduction also serves as a short tutorial in order to familiarize the player with the controls of the game. We see Holmes use his famous deductive reasoning in order to discover the location of a stolen necklace. While at first the jewel’s owner seems to recognize the necklace and thank Holmes for his services, the next day he surprisingly revises his story, claiming that the necklace returned to him was merely a bad copy. This of course does not look very good for Holmes. Things get even more complicated when Sherlock and Watson go to meet the Bishop of Knightsbridge only to find the man brutally tortured and murdered.

In Testament of Sherlock Holmes we get to see a different angle of the famous detective. Sherlock has always been far from perfect and Frogwares has managed to successfully create a brilliant yet flawed Holmes who is sometimes overwhelmed by the events surrounding him, and does not hesitate to use unorthodox methods in order to get his way. Overall, the game has one of the most complex and captivating stories of the series, allowing the player to discover Sherlock as a character while giving them a truly compelling experience. 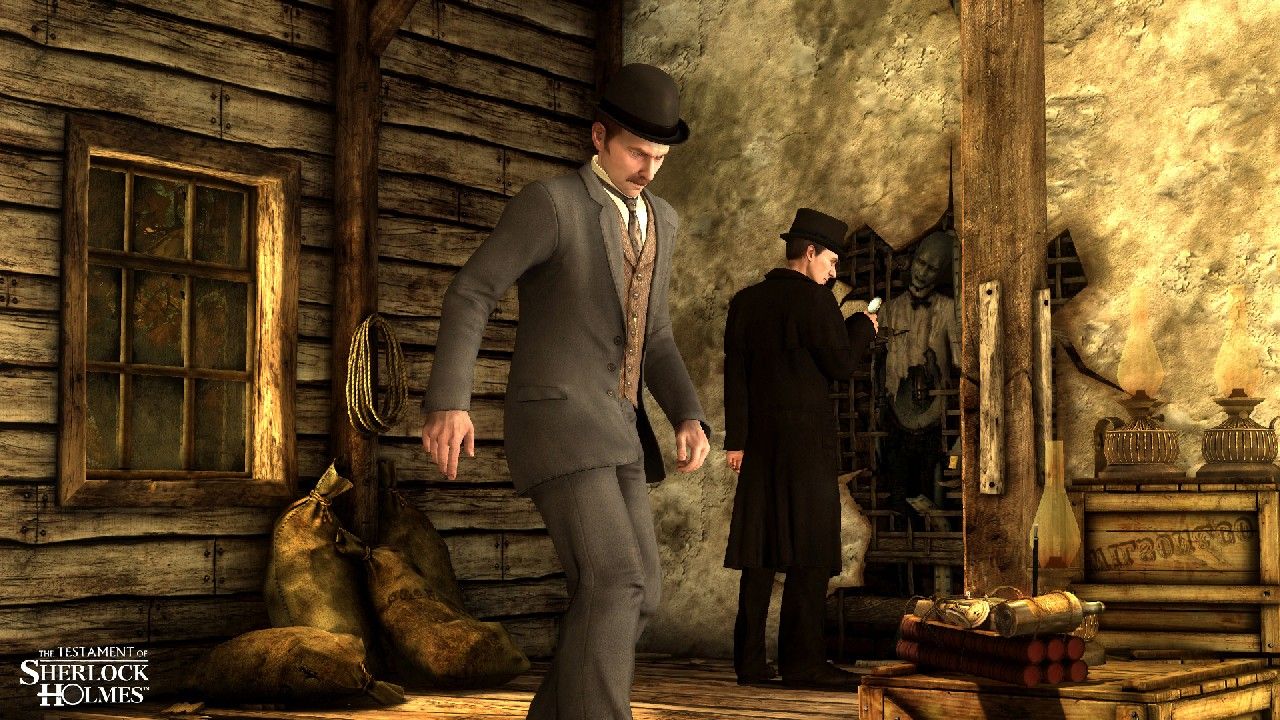 Visually the game has vastly improved compared to the previous installments of the series. It is more than obvious that the developers have done a lot of work on the graphics; and it is no exaggeration to say that Victorian London literally comes alive. Even though, those who expected to see a 19th century L.A. Noire will probably be disappointed, as the game is closer to the classic adventure style of having a choice from a number of fixed locations rather than the open-world nature of Noire. However, this should not be considered a disadvantage of Testament by any means. The game design works very well for the title and every location that Sherlock and Watson visit is full of detail, perfectly depicting the architecture and overall feeling of the era. The game’s color palette is rich and diverse enough to make each location seem unique and create the proper atmosphere. From well-lit rooms to dark and creepy docks and a London prison, the game’s visual aspect is one of its strongest points. The only downside is that some of the character models seem slightly wooden and the game’s lip-syncing is far from flawless. In general the voice acting of the game is quite good; most actors do a great job in making their characters sound believable with only a few exceptions. The score of the title also compliments the game very well and adds to the story by setting the right mood.

As Testament is meant to be played on both the PC and consoles the developers have added three different modes which the player can use to play the game. There is one 1st person mode and two 3rd person ones; the 1st person mode is the usual we see in most adventure games. When it comes to the 3rd person modes, one features a static camera and resembles a point-and-click adventure, where the other gives more freedom to the player to move around and explore. The best thing about this option is that the player can switch between modes whenever they want by just pressing a button, so in the end it’s just a matter of convenience. Nevertheless, in a few instances key-spots were less visible when not using the static camera option. Additionally, when the player enters an area they cannot leave until they have discovered everything and solved all puzzles, which can be a bit frustrating and takes away from the overall sense of freedom that the developers tried to create. 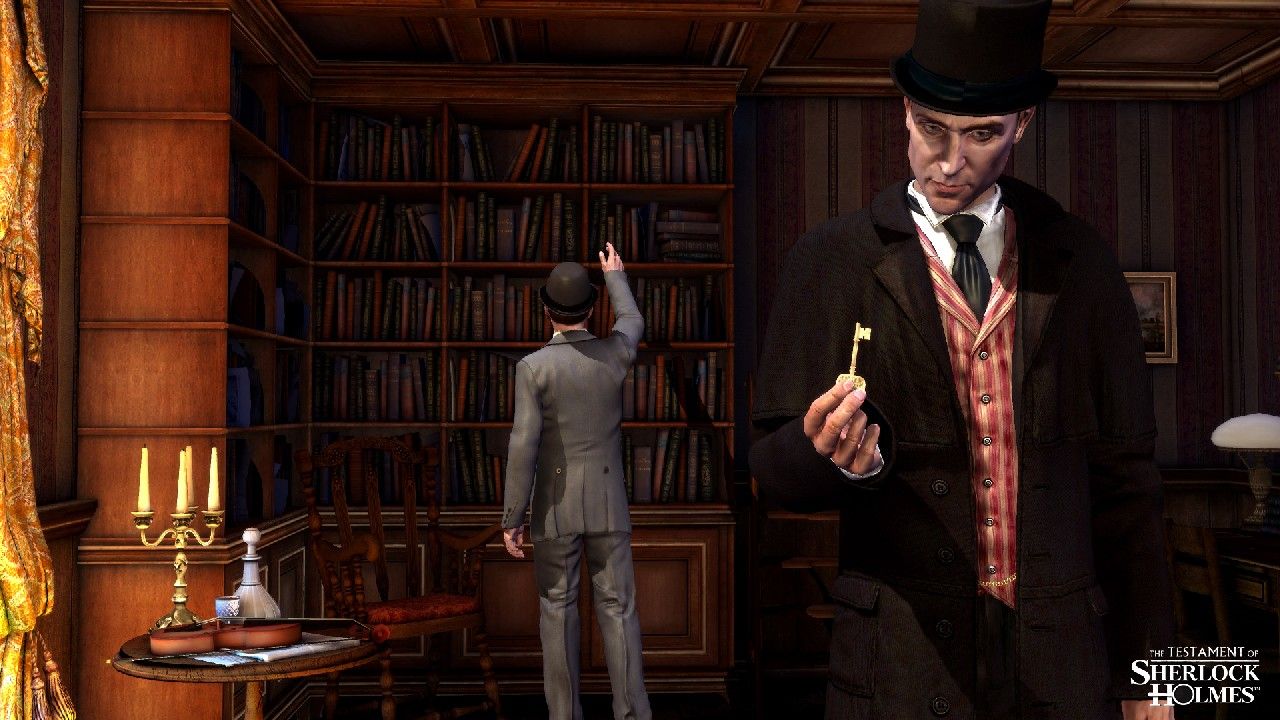 The game’s puzzles are plenty and vary in difficulty. Sometimes it might feel that there are too many and that the developers put a puzzle somewhere just for the sake of it. However, both hardcore adventure fans and casual players will enjoy this aspect of the game since the majority of the puzzles are tricky but enjoyable and if someone gets too frustrated they can easily skip the puzzle entirely and move on with the story. Additionally, when the player feels lost they can activate Sherlock’s ‘Sixth Sense’, which is basically the option to reveal all the hot-spots in a certain area. Perhaps the only flaw about this option is that the indicators for the hot-spots do not stay long enough and there is a chance that the player can miss them before they vanish, especially since every area is full of detail. It would probably be better if the indicators remained there as long as the player pressed the specific button, as is the case with most new adventure games featuring this choice. Maybe the best part of the title is the actual investigation process. Sherlock can collect and analyze evidence, question people and reach a conclusion using the excellent deduction system of the game. There are a few minor flaws in the title’s gameplay which however do not take away from the overall enjoyment. For example the camera isn’t always a friend, and the game could benefit from a more thorough hint system as most times the ‘Instructions’ option plainly states the obvious. For example in an instance when Sherlock has to analyze a couple of clues using his home equipment, hitting the ‘Instructions’ button will give you the not very enlightening message: ‘Analyze the clues’. 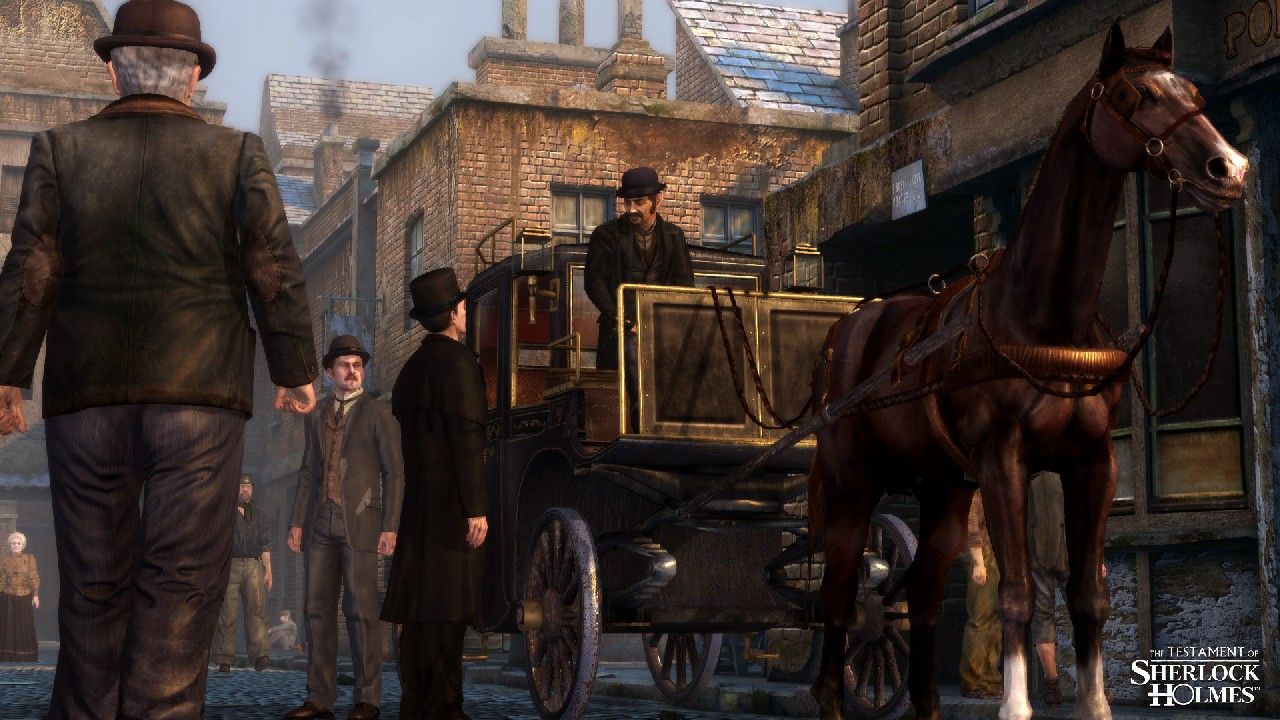 Frogwares has once more succeeded in creating a title that is both a great homage to Arthur Conan Doyle’s character and a very enjoyable adventure game. Compared to previous installments of the series Testament of Sherlock Holmes is a definite improvement on all aspects. Every area that the player visits looks beautiful and seems to come alive. Furthermore, it is noteworthy that the developers seem to have kept both hardcore adventure fans and casual gamers in mind as the game is tricky and difficult enough for those who enjoy the challenge, but can also be enjoyed by anyone who just wants a more casual experience.

Our ratings for Testament of Sherlock Holmes on PC out of 100 (Ratings FAQ)
Presentation
85
The game looks beautiful and quite polished. Great attention has been put to details. The colour palette varies from one area to another creating diversity between locations and setting up a great atmosphere.
Gameplay
80
The story is complex and intriguing. The evidence collecting system is very well designed and Sherlock's deduction system is superb. Some camera issues depending on the mode used can cause some frustration.
Single Player
85
Overall the game provides a challenging yet enjoyable experience. We get to see a brand new angle of Sherlock Holmes which at the same time is quite familiar to the fans of the famous detective. The deduction and investigation systems are brilliant. There are only a few minor flaws which could have been improved.
Multiplayer
NR
None
Performance
80
The game overall runs smoothly without any issues. No glitches or any major problems. The character models and lip-syncing could use some work though.
Overall
82
The Testament of Sherlock Holmes is a challenging and fresh adventure game which will please hardcore fans and casual gamers alike. 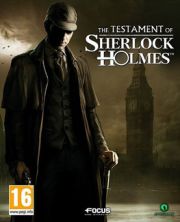