It’s a real shame that these moments are so prominently below par, as they pull you sharply out of the absorbing periods of the game. There are some terrifically gruesome events, and a lot of really badass cutscenes that flesh out the overall adventure considerably. Sometimes, the game presents you with moments that cause you to just sit back and go 'wow'. Then you encounter one of the games’ numerous niggles, many of which I have neglected to mention in this review, from the poor checkpoint system to the unfair deaths from scripted events. Unfortunately, most the time you'll be more inclined to sigh as you plough through more darkened areas shooting down more generic foes. Only in Leon’s campaign do occasional puzzles, though not massively taxing, break up the relentless pace. 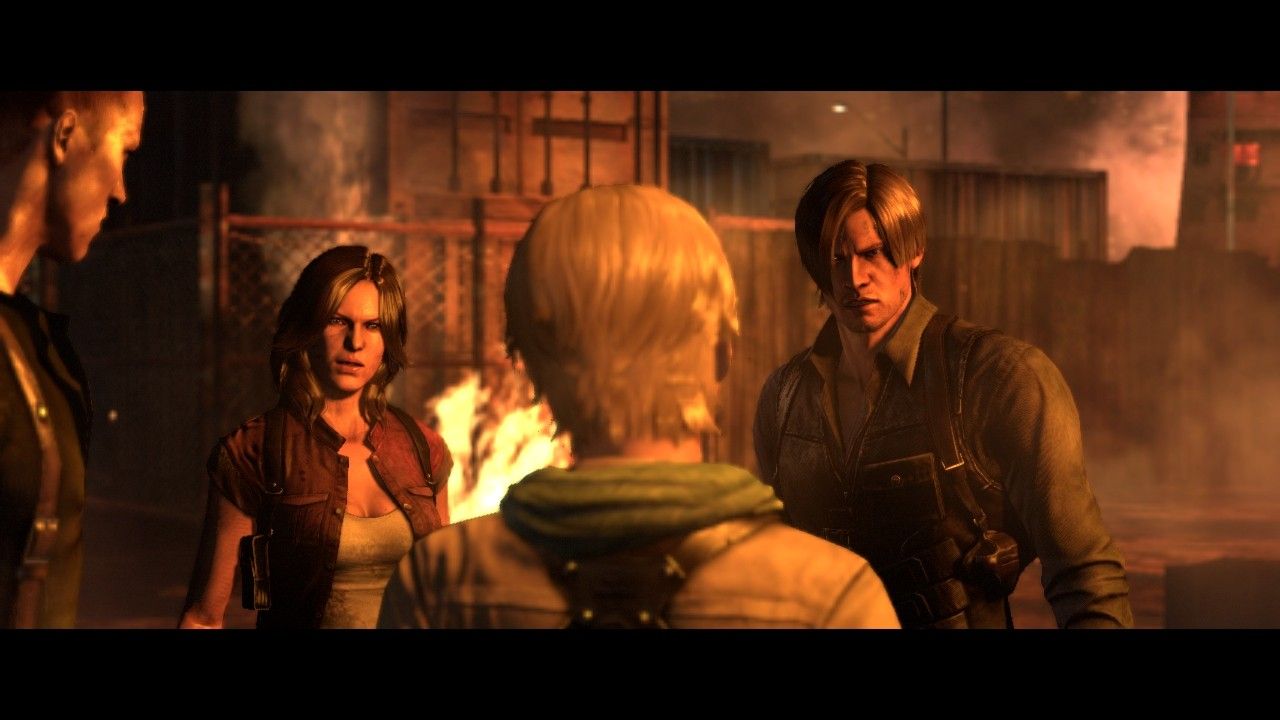 It's kind of sad to think that one of the finest survival horror games ever made seems to have been banished to the past, a relic in these fast-paced action-hungry times. Still, all hope should not be lost - just look at Resident Evil 4 and how it changed everything. It's entirely possible Capcom still have it in them to do the same again. Just not now, and not here.

Resident Evil 6 is not a bad game, but it’s certainly not a very good one. Perhaps the very fact that it is a Resident Evil game is its saving grace. To travel alongside the characters and their uniquely absurd situations once again, at times, it still feels like a classic Resident Evil game. But, ultimately, Resident Evil 6 is sprinkled with faults that really suck you out of a well-realized world. There's an underlying feeling that this could have been something wonderfully epic, but, instead, it feels like something fundamentally frustrating, only peppered with moments of brilliance.

Prev123
Our ratings for Resident Evil 6 on Xbox 360 out of 100 (Ratings FAQ)
Presentation
74
Huge production values are very apparent, and this is a highly polished audio-visual affair. However, menus are fiddly and the inventory system is awful, really hindering your interaction with the world.
Gameplay
73
Aside from finally having the ability to move and shoot at the same time, there's very little new to the series. The game is more action-heavy than ever, so if you weren’t keen on Resident Evil 5, this won't appeal.
Single Player
69
Having a choice between three campaigns helps to mix things up, though the entertainment gained from each chapter varies wildly. There's a lot of content here to get through, though it's often a case of quantity over quality.
Multiplayer
72
As you would hope, the game improves when playing alongside a reliable partner. Nothing beats fighting off a hoard of angry undead, and sharing the experience with a friend.
Performance
67
The atmospheric lighting and detailed environments clearly impact on the frame-rate, plus your AI partner can still be a thorn in your side.
Overall
69
Fans of the series will probably be able to overlook many of the game’s faults, as long as they accept the heavy focus on adrenaline-fueled gameplay. Otherwise, there are many action games out there that are quite simply better than Resident Evil 6.

Our Review of Resident Evil 6
69%
Adequate
The Verdict:
"Occasional glimpses of a great game are ultimately marred by numerous frustrating flaws"
Game Ranking
Resident Evil 6 is ranked #1119 out of 1658 total reviewed games. It is ranked #104 out of 145 games reviewed in 2012.
1118. Towards The Pantheon
PC
1119. Resident Evil 6