The conflict has changed, but at least you can still run faster with a knife

Counter-Strike is not a series you want to take lightly. It’s a tough, skill-based first person shooter that has been around for many years, and managed to retain a huge following thanks to its cult status in the PC online scene. Originally a mod for Half-Life, CS was released as a standalone title in 2000, becoming an instant hit thanks to the unique mechanics and high degree of difficulty. The next big update arrived in 2004 with Counter-Strike: Source - offering all of the same gameplay elements, but on a new engine. To this day, both titles dominate the PC multiplayer shooter space. In 2012, Counter-Strike: Global Offensive enters the picture.

So what is Global Offensive? Well, many may claim that this is Valve's way to bring the popular series to consoles (Xbox 360 and PS3), and certainly there are a number of changes aimed specifically at those markets. But fret not, at its heart, this is still Counter-Strike. But it's different, in ways that may either appeal or repel players purely depending on what exactly drew you to the series in the first place. 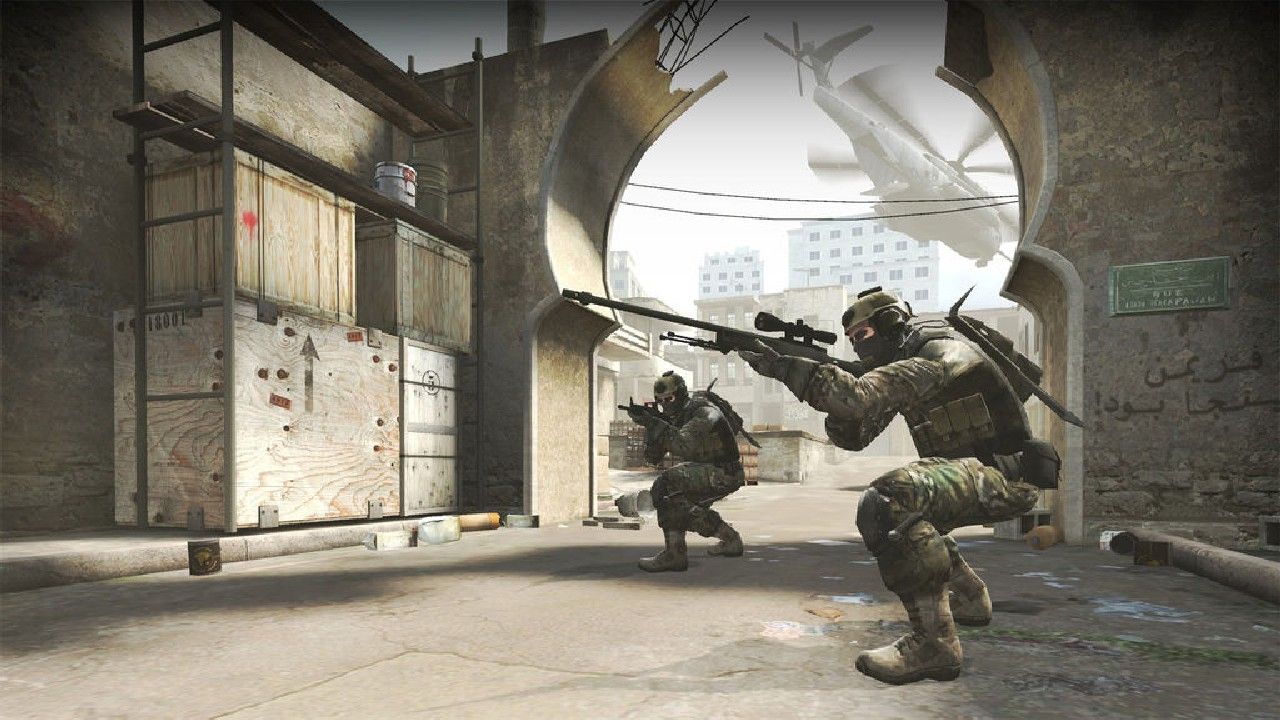 If you’re unfamiliar (avoiding PC shooters for the past 10 years?), Counter-Strike is a team-based tactical first person shooter. One team plays the terrorists (T), the other counter-terrorists (CT). The game is round-based, pitting the two teams against each other in various objective-based maps, where both teams have a goal. De_ maps for bomb scenarios, and cs_ maps for CT hostage rescue scenarios. If you die in a round (as there is no health regeneration), you must wait until the next respawn at the start of a new round to try the scenario again. Simple enough so far – most importantly though, still a unique setup after all these years.

Unlike many modern shooters, the franchise never had any kind of persona customization or persistent progression. Instead, there is a money-based system which allows you to buy progressively better weaponry if you keep winning rounds or at least killing enemies. Restart the match or join another server, and you’re back to pistols until you pocket enough cash to buy something else. The scoreboard displays team scores in addition to statistics for each player, but once again all that is reset as each match (a set of rounds, usually 30) concludes and a new one begins.

So far Global Offensive is hardly putting pressure on the tried-and-true franchise basics. When it comes to gameplay mechanics, it’s also on-par with the rest of the series. The various weapons feel rigid and powerful, making kills both difficult but also satisfying. As a newcomer to the franchise (not just GO), you can expect to struggle until you either learn the mechanics or simply grow your skill and reaction time through practice. Those looking for a quick to pick-up and play shooter with no desire to learn, should probably steer clear. However being a skillful game is hardly a negative, seeing as most other shooters are concerned a bit too much about accessibility these days. 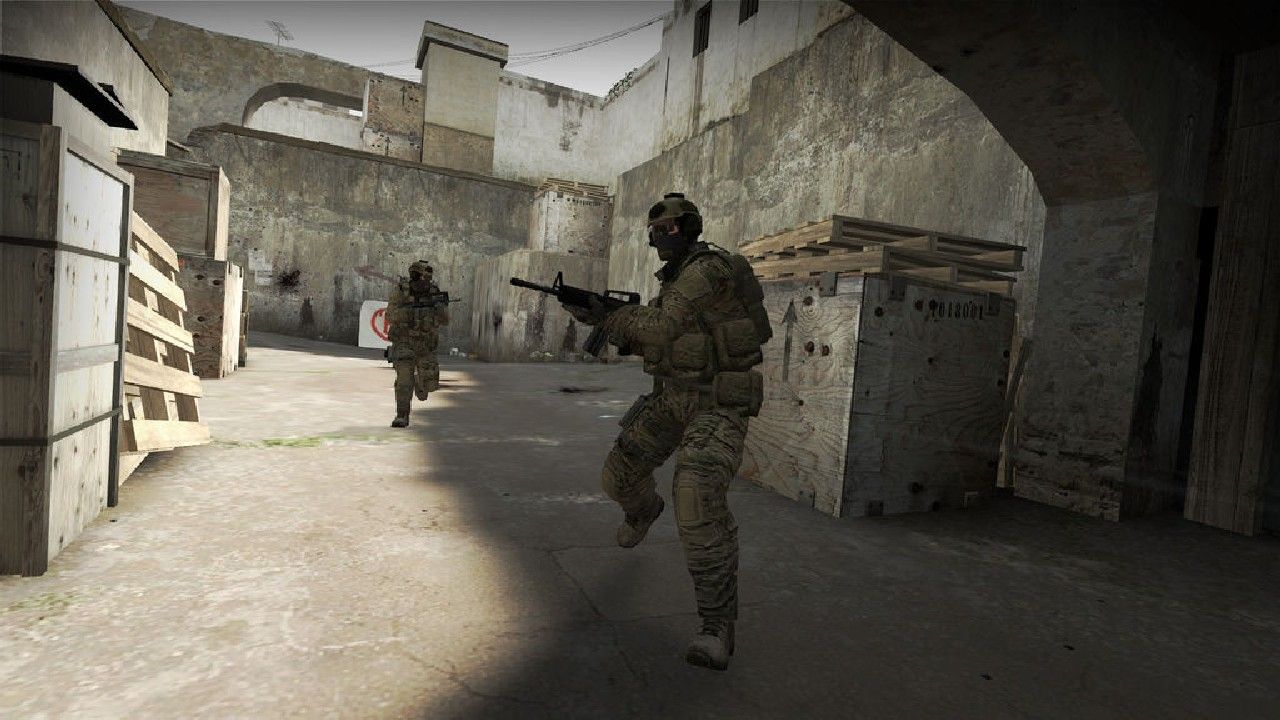 Now that we’ve got the basics down, let’s address the issues that seasoned players may have. Through the lengthy development cycle and beta testing, it appeared clear that Valve was attempting to please both fans of Source and the original CS (CS1.6). The end result is somewhat of a mixed bag – the guns handle well enough, but not without some spray pattern issues that still need balancing. But at least you’ll be happy to know that most of the game feels quite right, from walking speed to air acceleration, and you shouldn’t need much time to adjust to the updated engine on which the game runs.

But what’s different about Global Offensive, you may ask. The answer is – quite a lot, actually. Unlike the upgrade from CS1.6 to Source, which only revamped the visuals and gameplay engine, GO takes things a step further and actually changes the dynamics. There are new weapons, like PP Bizon, Negev, Mag 7, and many others, including new replacements for TMP and MP5. And yes, weapons actually feature neatly presented statistics now, giving new players a chance to find the proverbial “best gun in the game”. Because of these new weapons, the buy menu itself has been tweaked so your favorite buy combinations may no longer get you what you wanted. There are other annoyances too – the buy menu is now radial (thanks to console-friendly design) which isn’t all that intuitive to navigate. It also doesn’t close automatically when you purchase something, making you manually exit out. And finally, why change auto-buy from “A” to “F1”, that seems a hardly convenient shortcut.

Some of the changes modify the flow of the game even further. You can still carry three grenades, but it’s no longer allowed to have two flash bangs. New grenade types like incendiary/Molotov attempt to control the flow of enemies, forcing them to pause their advance or risk additional damage. Another new type is the decoy grenade that messes with your enemies’ radars and produces fake noises to divert their attention. Other changes include no more silencers, and blur effects when using weapon scopes and moving. 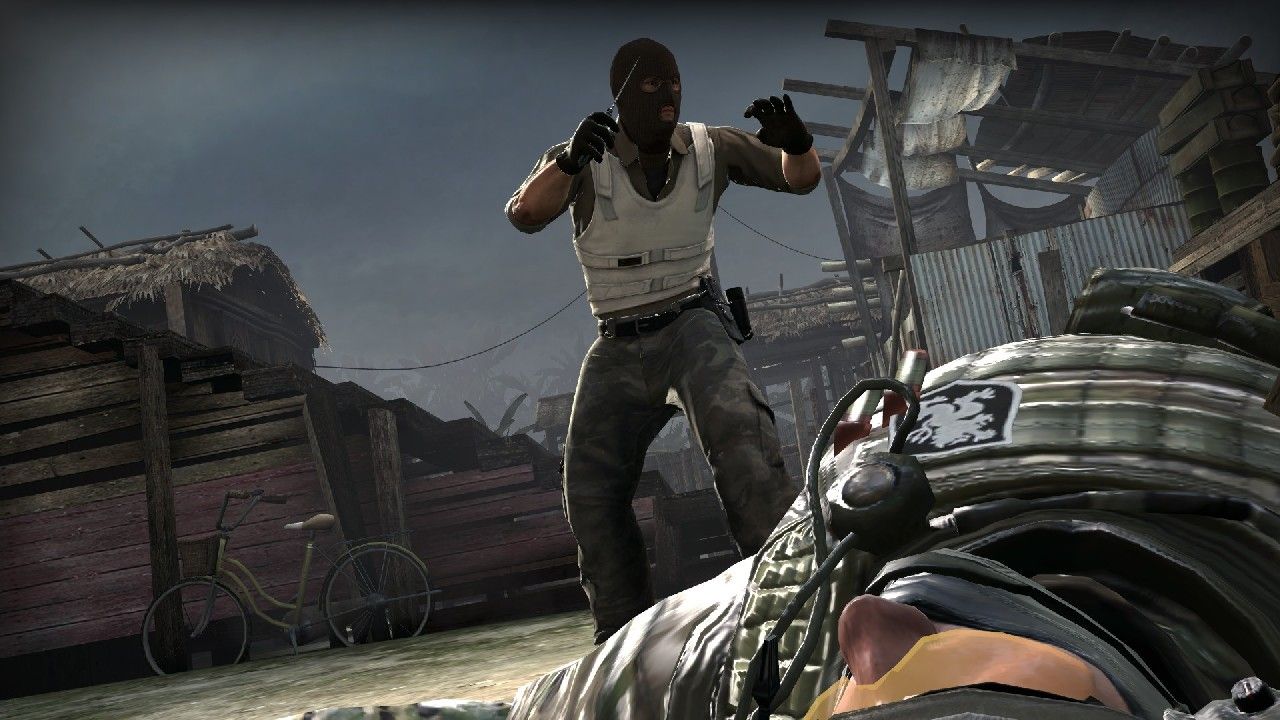 Further, the maps have undergone a similar revamp, making sometimes significant alterations. A new staircase in de_dust , a bridge ladder on de_aztec, strategic changes to props, and many more are all potential game-changers. It doesn’t mean you’ll get lost, but there are certainly new chokepoints to consider. Having said all that, current players will likely be disappointed that there aren’t any new competitive maps at all, and some classics (de_cbble, cs_assault) are for some reason missing.

All these changes mean that seasoned veterans will not be able to make the quick and easy jump to GO as they did between CS1.6 and Source, which kept all game mechanics intact. This is especially relevant to competitive play, as there will be a lot of re-learning and strategy adjustment to do, from buy rounds to flanking opportunities. It seems that many of the design updates are simply for the sake of change, rather than any community demand – bugs and long-known exploits were at the top of many players’ lists, not new weapons or map alterations. Time will tell if the hardcore accept these changes for the sake of better map and weapon balance, or return to Source/1.6 for the "classic"experience.

Because of the user-friendly approach to CS GO, the game now offers neatly organized modes. Classic Competitive turns on friendly fire, requires you to purchase kits and Kevlar, and play to 30 rounds. It’s the most familiar setup for those who have played the game competitively, but leagues will no doubt make their own tweaks to the servers to ensure a fair game. Classic Casual mode, meanwhile, is the pub-friendly offering without friendly fire or need to buy Kevlar as it’s automatically available. Both modes offer 8 official maps. 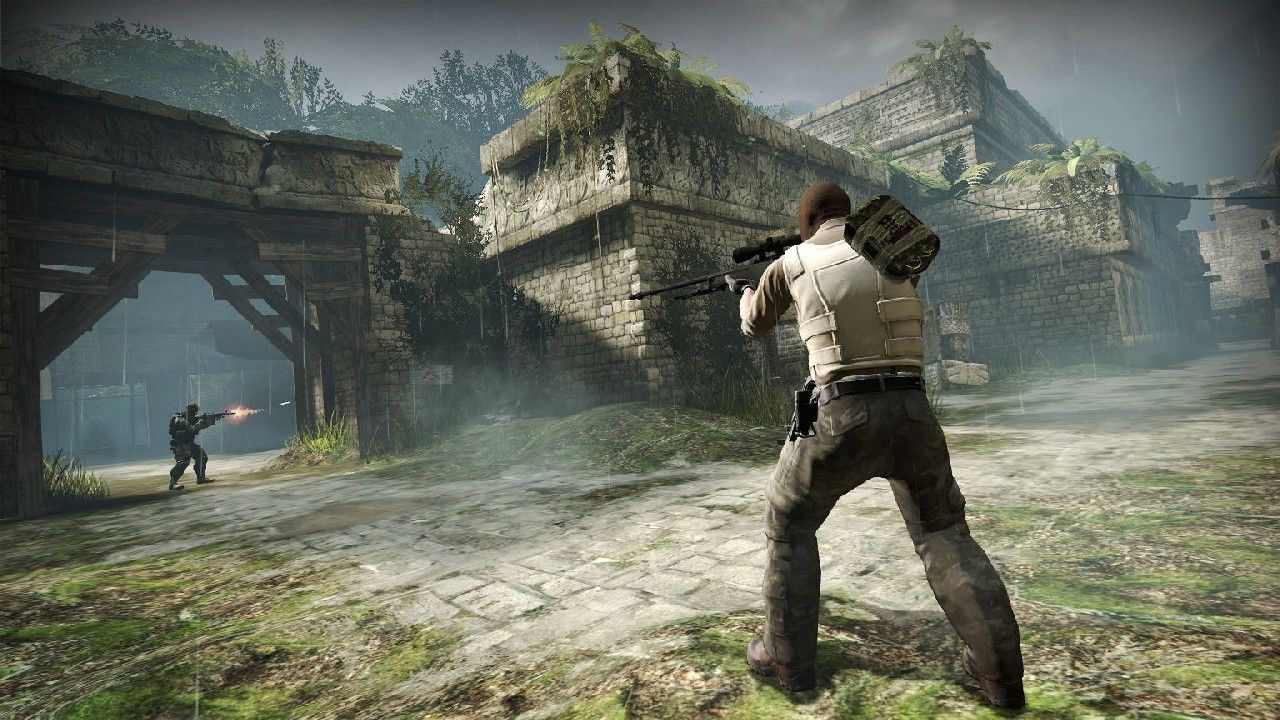 Two (sort of) new modes are Demolition and Arms Race. Demolition offers 6 smaller maps, where the goals are familiar: plant the bomb or eliminate opposing team. The hook is that you get new weapons after each round when you’ve been able to get a kill. Arms Race, meanwhile, is inspired by the GunGame mod. Here you square off on 2 maps, getting new weapons immediately after a frag, and respawning right away if you happen to die. Both modes offer alternative options to the classic Counter-Strike experience, but we’ve seen it all before with community mods.

The beauty of PC gaming, of course, is that there should be no shortage of community-inspired changes. Hopefully it won’t be long before we start seeing the same level of variety that currently exists in CS Source, from zombie mods to VIP rescues. There are a number of custom servers already available, so if the official offerings aren’t to your liking, there is plenty to see on user-made maps and mods.

While CS GO isn’t quite the huge leap in presentation that CS1.6 to CS: S was, it’s still an impressive looking game that’s quite far ahead of its predecessor. Not only have the map layouts been altered, but pretty much all visuals and props have been replaced and updated with a completely new look at a specific style. It often feels like you’re exploring a whole new territory even though it’s the same map you’ve seen before. The textures are crisp and the maps are full of detail, while managing to run well even on older hardware; like any game that uses the well-optimized Source engine. Also for the first time in the series, each round is presented with some audio queues and background music, and some brand new bot chatter. Don’t fret though; series veterans will likely recognize some key audio effects are from previous games. 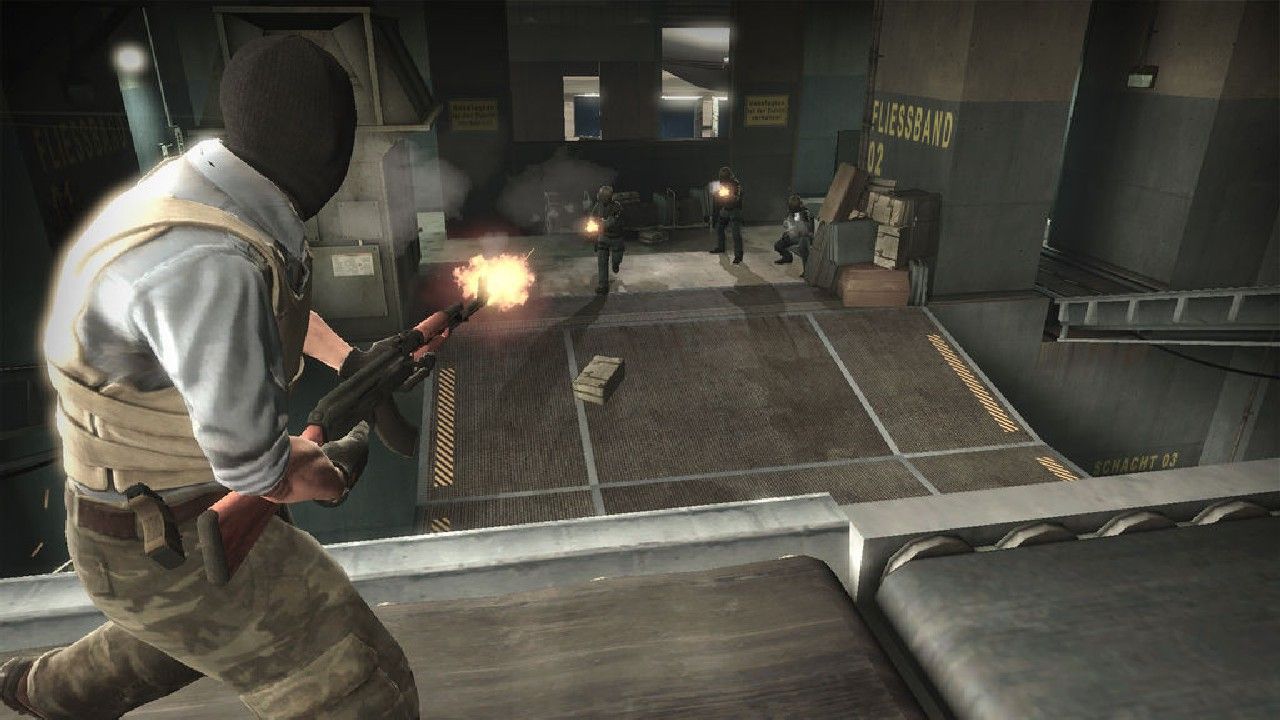 It’s tough to say where exactly Global Offensive fits within the Counter-Strike realm. Perhaps the best comparison that can be drawn is to that of Condition Zero. It is a spinoff title of sorts, one that doesn’t revolutionize the series but instead moves things along to a shinier, more expansive offering. The visuals and technical design are top notch, as expected, but they are hardly worth replacing CS: Source or 1.6 for. Both those camps of players will likely find things to like and dislike about GO, but at the end of the day – with map and gun changes – it’s perhaps unlikely that we will see those huge communities moving on to the new title. For those just entering the dangerous world of Counter-Strike for the first time however, Global Offensive is probably your best bet, thanks to the numerous casual-focused additions.

90
As any modern Source engine game, the title runs extremely well. Some rare visual glitches.
Overall
82
It's still the same adrenaline rush. An unforgiving game that demands skill and patience from the player, and you will come to hate or love the game for it - just like the whole series. Counter-Strike Global Offensive isn't a revolution for online shooters or even the franchise, but it's a solid entry that provides every opportunity for both new and existing fans alike to re-enter the war zone. 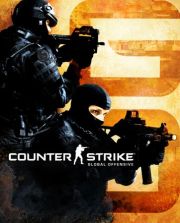