What goes up, must come down

The aptly named Inversion is a newly released cover-based third person shooter. Having read that, don’t leave the review just yet. Developed by Saber Interactive and published via Namco Bandai, this is a moderately enjoyable romp where the biggest draw – gravity manipulation - is able to provide some real thrills. And though the presentation isn’t exactly up to par, Inversion has enough polish and enjoyable moments to eventually be worth a look. 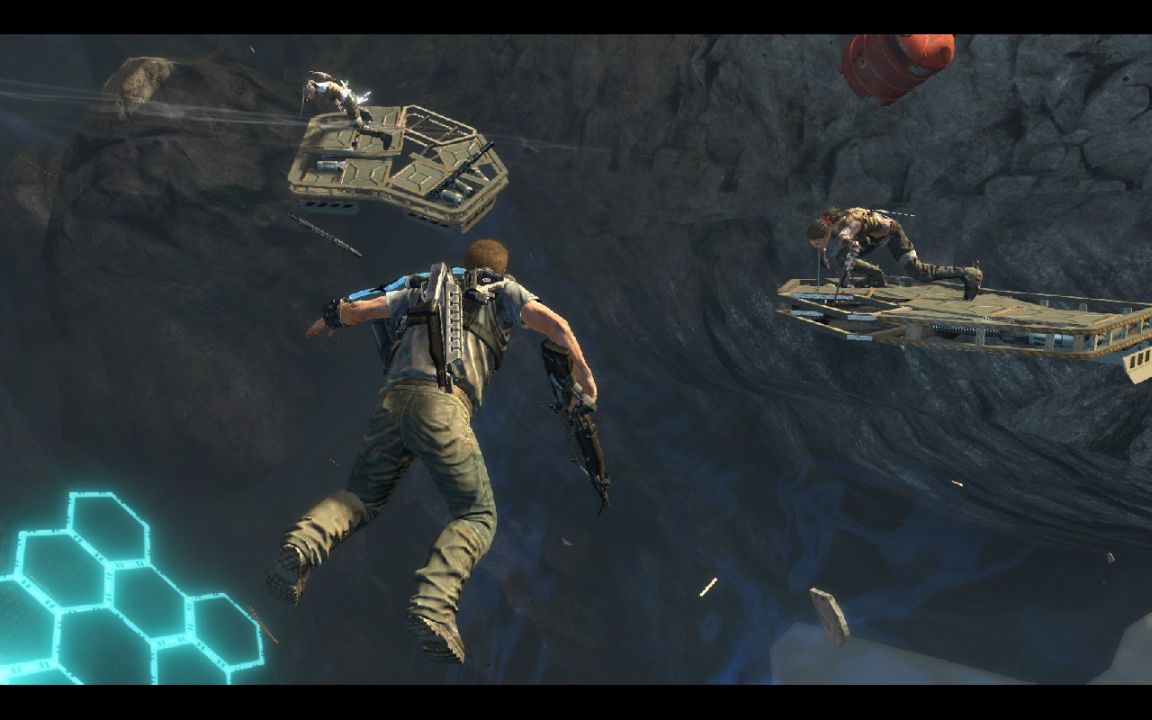 Set in the near future, the plot begins abruptly, with your city being suddenly ambushed by an unknown enemy race. Assuming the role of city cop Davis Russel, players are joined by his partner Leo Delgado as they attempt to piece together what is happening and how to fight back. Shooting their way back to Davis’ apartment, they find his wife dead and daughter missing, and themselves are captured. After spending a month in an enemy camp as slave workers, they eventually escape with some help and return to the city in hopes of finding Davis’ daughter.
The plot is fairly straight forward and by the book, reflected by the linearity of the admirably lengthy campaign. There are some significant plot twists, but much of the story suffers due to poor dialogue and average voice acting. Discovering the enemies, gaining ability to control gravity – all of these major events are undermined by weak delivery of emotion from the characters. Davis and Leo are rather stereotypical characters with no memorable traits, and there are few other personalities to speak of. There are logical loopholes and improbable scenarios, perhaps more so than your average shooter, which only further devalues the campaign. The ending twist is quite unusual and surprisingly emotional, but the rest of the plot isn’t on the same level. 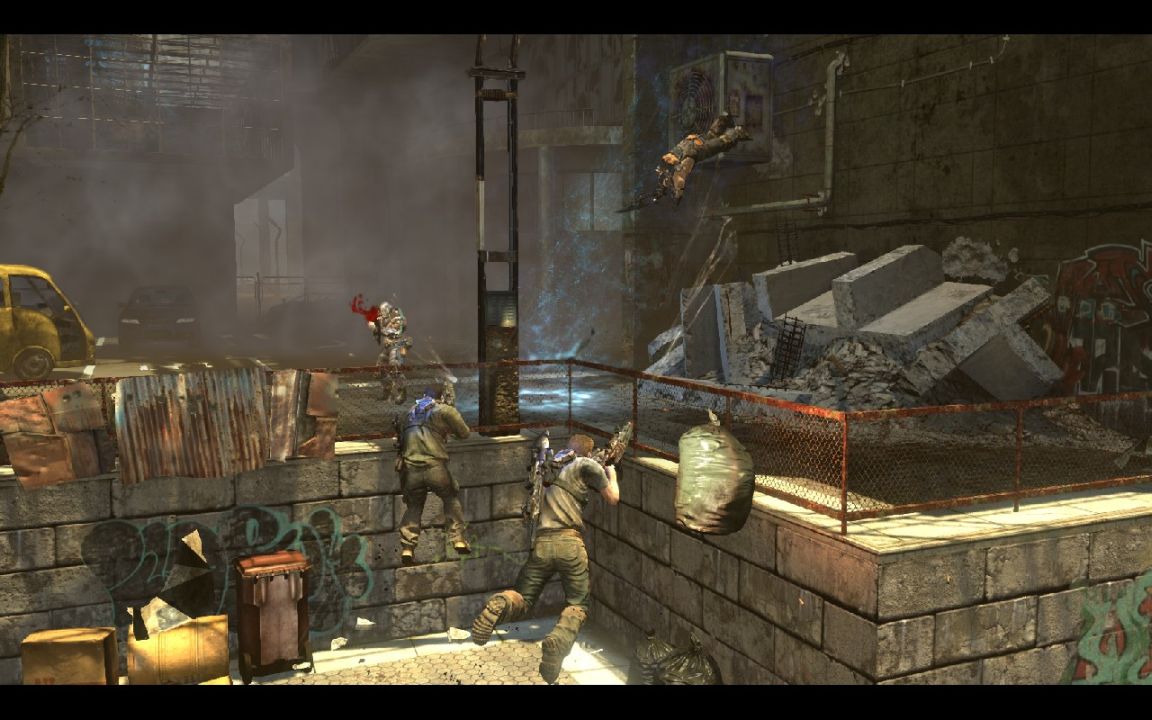 Inversion is also not an overly good shooter, although it tries very hard to borrow elements from better games. Gears of War most often comes to mind – from the way your character moves, sprints, takes cover, it all feels eerily familiar somehow. Even the weapons feel shamelessly “inspired” by those in Gears, such as the early rifle in the game with a front blade attachment. You can carry two guns at a time plus grenades, which makes ammo management somewhat important. The guns available to you gradually change styles as you go through the game, but are all essentially the same – a rifle and a shotgun. Special weapons with very limited ammo also crop up during specific sections, such as sniper rifles and rocket launchers. Shooting itself is OK – not much more. There’s no real feel to the weapons and enemies love taking half a clip to go down.
123Next 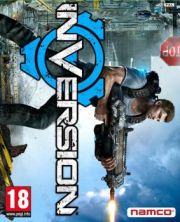