While most of Pixar’s films have seen their own video game adaptations over the years when Microsoft released the Kinect and focused it squarely at children and families, they just couldn’t resist piling up all of their most successful IPs and releasing the oddly titled Kinect Rush: A Disney Pixar Adventure. Rounding up Toy Story, Cars, Ratatouille, The Incredibles and Up! , Kinect Rush couples Kinect Adventures-style obstacle course gameplay with an interesting “Pixar Park” overworld populated with tons of kids looking to imagine new scenes with their favorite characters. 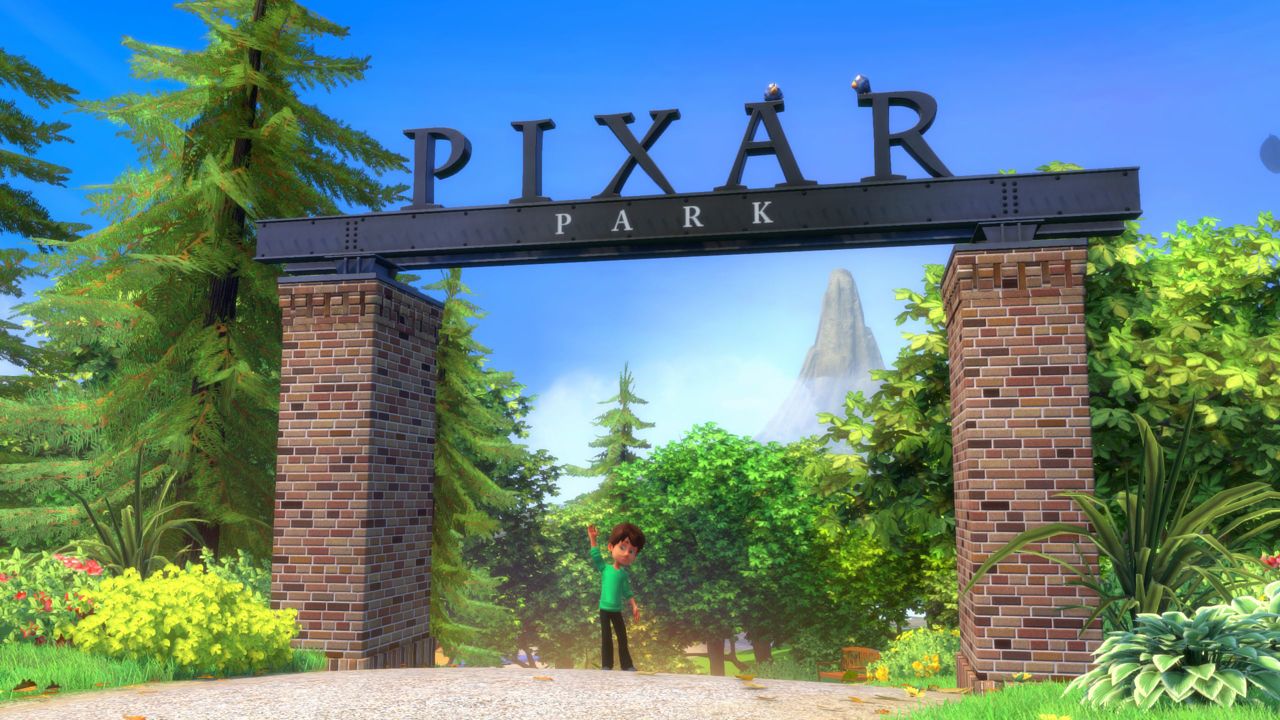 The core of the gameplay is found in navigating a number of obstacle-course-style action scenes that have been invented as a what-if scenario by another child in the park that you are playing alongside. Upon entering a level (which is supposedly simulating your imagination), the other child will be transformed into one of the film’s main characters that you are asked to accompany through a chase mission, a rescue of another character in danger or an important race. I found this to be a pretty cool and interesting narrative conceit for a children’s game. Forgoing any real plot, it simply puts the player in the shoes of a child excited about the film that just wants to come up with a reason to yell “Adventure is out there!” or imagine they are right there traveling alongside Woody and Buzz.

From here, the gameplay is fairly commonplace to most Kinect titles. You are running in place, jumping, waving your arms to grab coins, etc. Nearly every level I played had me jumping from one platform to another, running, grabbing onto and sliding down zip-lines, swinging from vine to vine and picking up and throwing objects. The primary exception to this was in the Cars-inspired levels which play more like a standard driving game where you mimic holding a steering wheel to turn. These levels offered a nice change of pace and controlled quite well on their own. While there was some variety in the other film levels from time to time (skydiving and piloting a flying saucer in The Incredibles for example), they were all, more or less, identical to one another in terms of actual gameplay. It is the differing visual styles, environments and characters that gave them their charm. 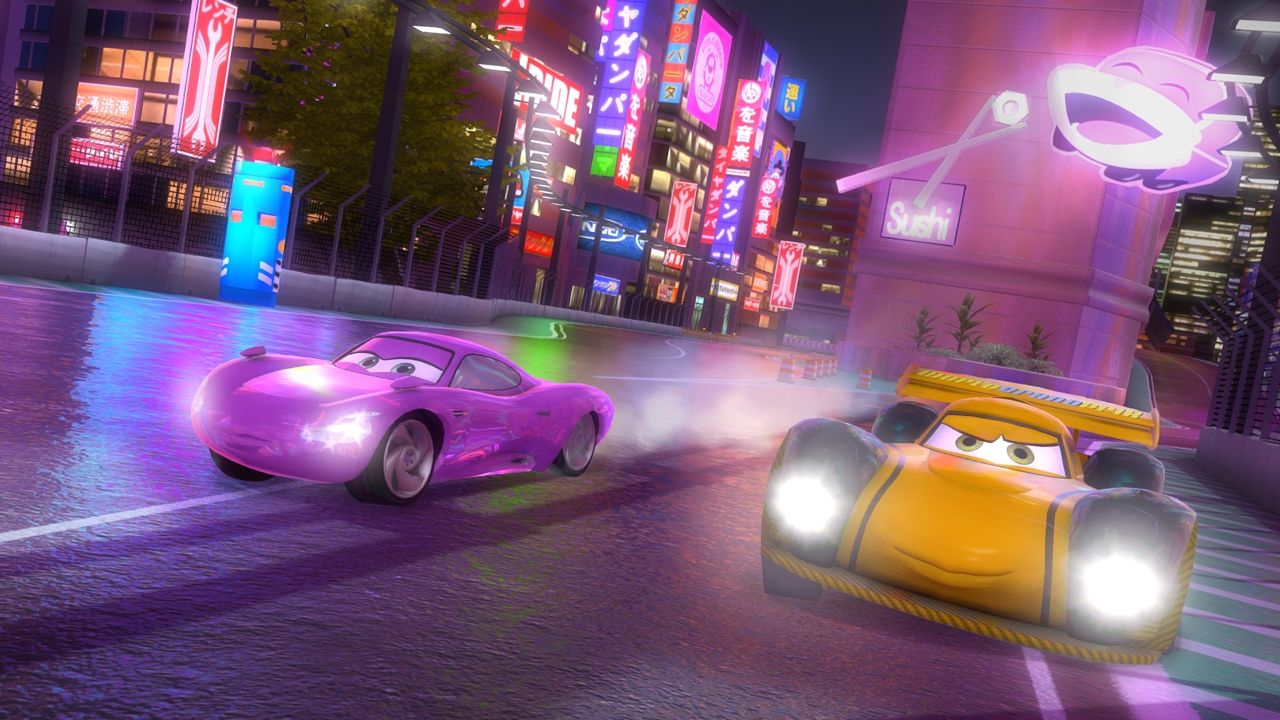 The multiplayer here, as it is in most Kinect games, is fairly simple. It essentially allows a friend or parent to create a child avatar of their own and join in on the different stages, navigating them alongside the other player. While it works for the most part and is definitely a great addition for a game aimed squarely at children (where there is one child there is normally another not too far away), it falls prey to the common Kinect issues found in other games: it will require even more open space to run and jump when playing with two and you can expect to run into a higher amount of motion recognition issues.

What I found myself most impressed with during my time in Pixar Park was just how well the game captures the aesthetic, the atmosphere and the overall style of the Pixar films. A number of nice little touches can be found throughout the park included two of the little blue birds from one of Pixar’s short films perched atop the entrance to the park and an impossible landscape that embraces the most memorable pieces of each film’s world (the jungle plateaus and long waterfalls of Up! or the high-tech designs, tropical island and urban environments of The Incredibles). All of this attention to style and atmosphere carries over into the different levels themselves as well. I always looked like a Pixar character in a Pixar world in a way that I haven’t really seen done well in an animated film video game adaption since games like Aladdin and The Lion King for the Super Nintendo and Sega Genesis. 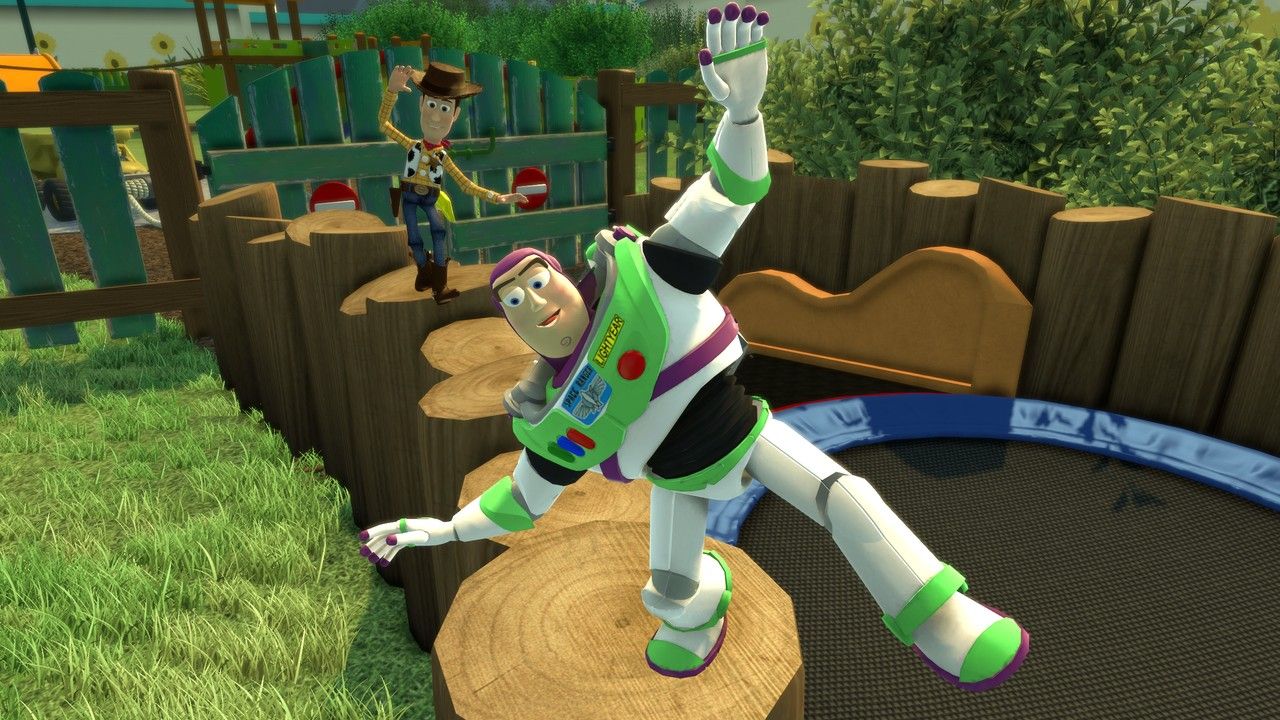 The game features a mostly unnecessary character creation system that promises to quickly and easily create an in-game avatar for you just by using the Kinect’s built-in camera and sensors. I used this several times, just to be sure that my room was well lit and I wasn’t doing anything wrong, but each time I used this creator, it turned me into a small, skinny African-American boy rather than the pudgy, pasty white person that I am. All of the avatars are children so that much was to be expected but all I can say is that the character creator tech just isn’t quite there yet. It won’t matter all that much though since you only see this avatar while in Pixar Park and not within the game levels themselves.

Most of Kinect Rush’s problems come in the form of issues probably more closely related to inadequacies in the Kinect hardware and programming than to the game itself. Voice recognition can be used to navigate all of the game’s menus. It works really well, much better than any other Kinect title I’ve played. Unfortunately, the Kinect’s motion detection isn’t so good. I found myself repeating actions because they failed to register the first time within every level. Occasionally, it was so bad that I would be stuck at one jump or zip line for as long as 30 seconds before it decided to register, just jumping up and down in my living room like an idiot. I ran into fewer issues here than in a majority of games using Kinect but they were still enough to detract from the overall experience. 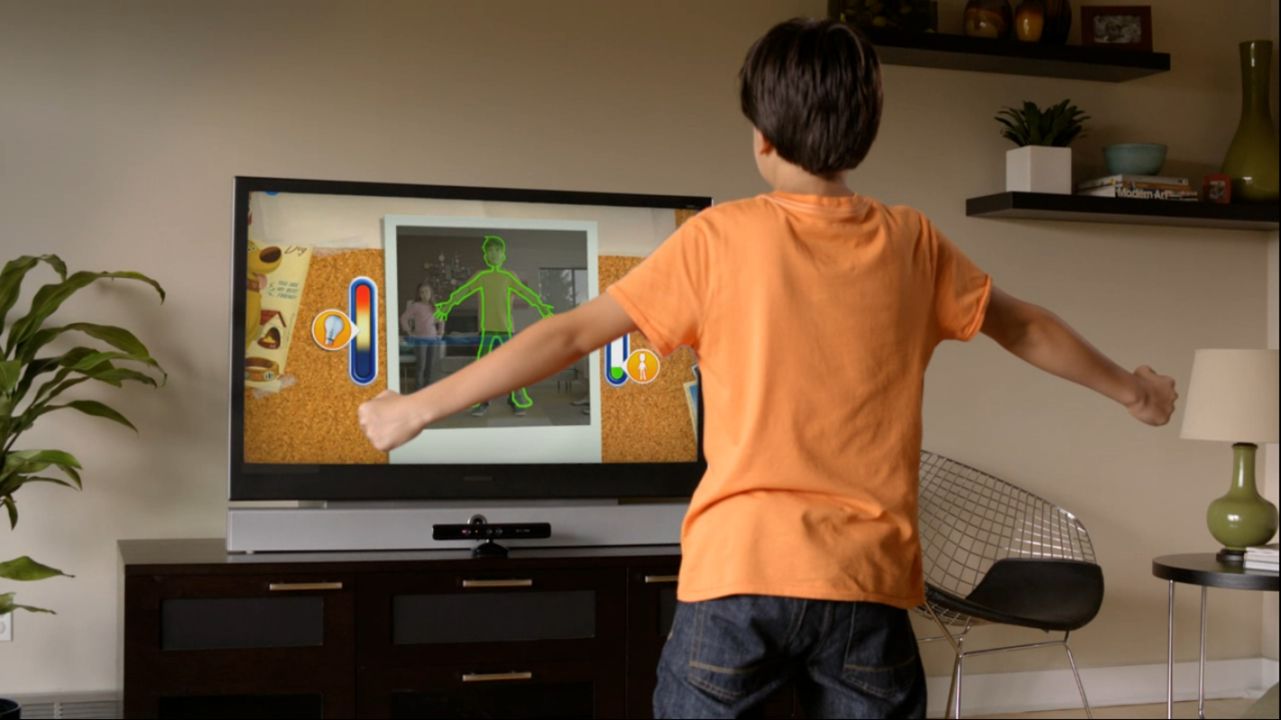 Kinect Rush is a solid Kinect title that does little I haven’t seen before in other Kinect titles, but what it does it does fairly well. The game effectively captures the atmosphere, style, and heart of Pixar’s films. The non-original voice actors grind in your mind a bit and the fact that you never actually get to play as any of the main characters from the films, only accompany them is a bit of a letdown. That said, this game is clearly directed at children, specifically ones that have grown up on Pixar’s fare from the last ten years and I can easily see their imagination filling in the gaps with Woody’s actual voice and not minding that they have to accompany Lightning McQueen rather than actually becoming him. This is a solid Kinect game that I’m sure children will love and parents will enjoy.

Our ratings for Rush: A Disney-Pixar Adventure on Xbox 360 out of 100 (Ratings FAQ)
Presentation
86
Surprisingly nice graphics, an interesting overworld and easy to navigate menus keep the game looking great.
Gameplay
82
Fairly standard obstacle course gameplay gives way to occasional flying and driving sequences that not only work but fit the scenes well.
Single Player
80
A large number of unlockables and branching levels lends a lot of replayability, but the levels are all linear (and mostly identical).
Multiplayer
76
Identical to the main game but can be awkward without the living room space and leads to more recognition issues.
Performance
80
Visual glitches and Kinect recognition issues are much less prevalent than most Kinect titles, but they still detract from the experience.
Overall
80
Rush looks and feels just like your favorite films, but runs into several common Kinect issues. A fun game for the whole family that effectively captures the essence of Pixar. 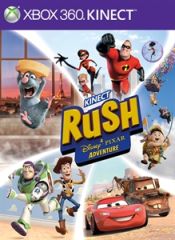