What would you do with the power of ctOS

One of the bigger surprise announcements of E3 2012, that miraculously didn’t leak before the show, is a new title from Ubisoft entitled Watch Dogs. The themes in Watch Dogs are built around the concept of information warfare, all data being interconnected and essentially providing unlimited details about any single person. Set in a fictional version of Chicago, the game poses a question of how one would deal with having the power to know everything about everyone, and potentially control all aspects of a city.
It’s an intriguing concept, and one that we saw in action during the show. The demo being shown behind the scenes didn’t differ much from the one we saw during the Ubisoft Media Briefing. Once again we entered the world of a supercomputer known as a "ctOS" (Central Operating System), which controls all aspects of the urban environment, from street lights to subway trains and cellular communications. Players take on the role of Aiden Pearce, a man said to be familiar with violence and who has a hunger for revenge. We aren’t sure yet on his full motivations, and the developers wouldn’t divulge any more information on our anti-hero. 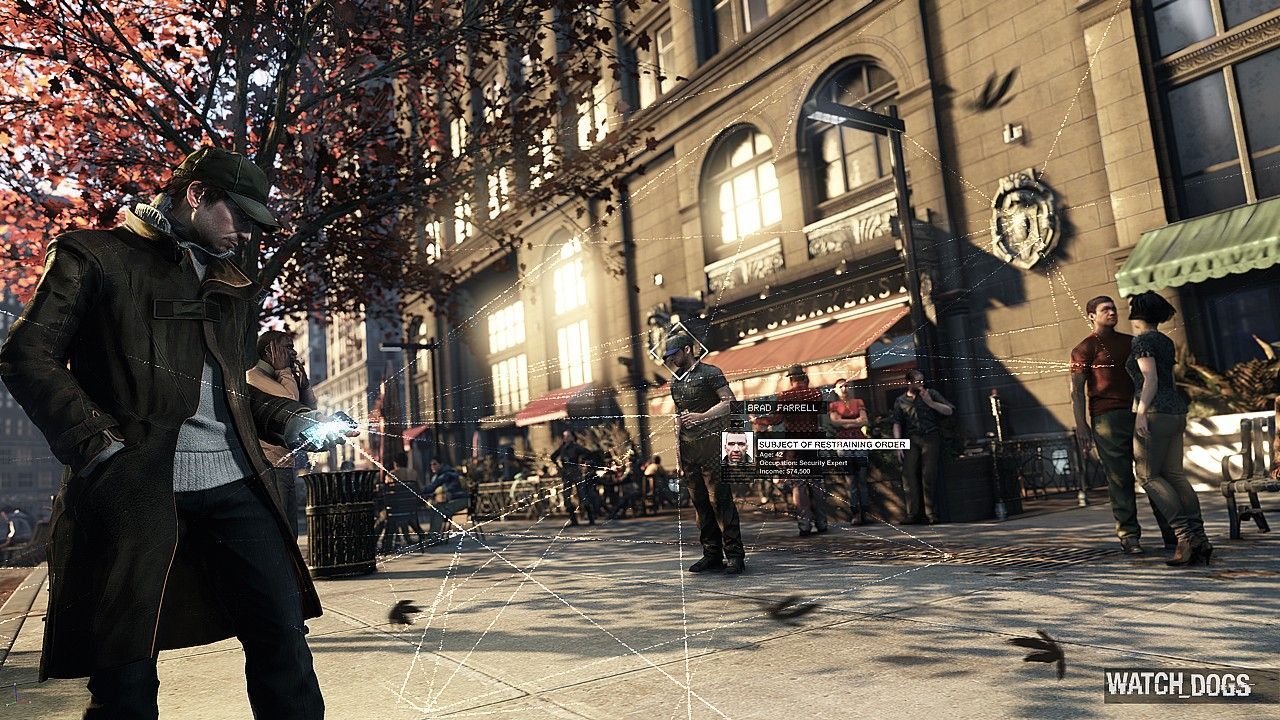 The gameplay demo focused on Aiden's attempt to assassinate a man Joseph DeMarco, who had been wrongly acquitted on charges of murder. One of the first things we noticed is that the game looks very good – compared to the usual low-resolution textures found in E3 demos, things looked very sharp. Running on a new engine, there is rumour that the game may be a cross-generation title, set to appear on the next console cycle alongside the current hardware. Or maybe it was simply because the game was running on a PC.
We walked the streets of the city as the sun was setting, making our way to the club where our target was said to be putting on an art show. To get inside, a variety of solutions were available, akin to Deus Ex, and we saw our hacker use his phone to temporarily shut down communications in the area – prompting the guard to leave his post searching for a wireless cell signal. As we entered the club, our contact on location approached. Following a curse-filled dialogue, we receive a weapon and also note that one of our target’s assistants is on the phone. Aiden hacked her conversation, and it was confirmed that DeMarco was on his way to the gallery showing after he heard that Aiden is there. 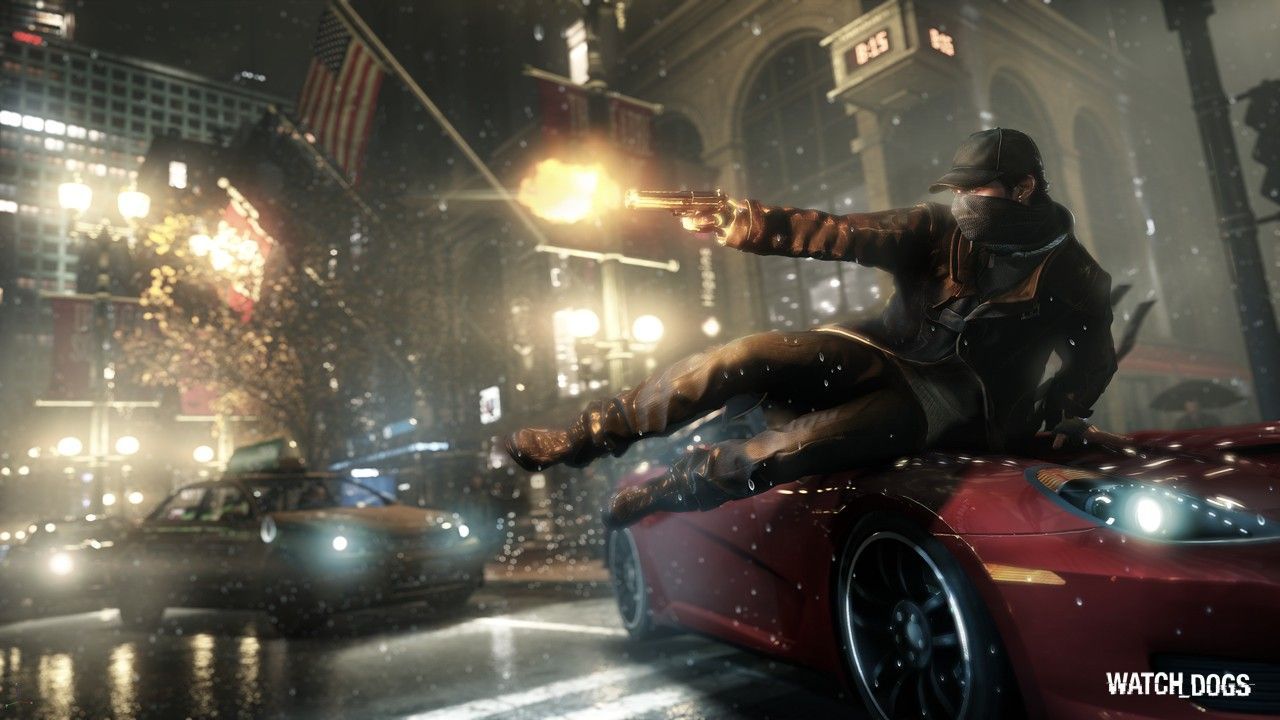 It was time to get outside. As we made our way to the back of the club, we could see everyone’s names, information, and darkest secrets, offering an unsettling atmosphere of the digital age. Guards, now on high alert, attempted to stop us from leaving but thanks to Aiden being an apparently skilled figter, the guard was dispatched and we left the building. Outside, it was now dark and raining.
12Next