The popular shooter franchise prepares to fight the future

When a studio behind a franchise as huge as Call of Duty proclaims their goal is to create the most robust and innovative game in the series thus far, some will have doubts. But that’s exactly the goal that Treyarch has set for themselves with Call of Duty: Black Ops II. Debuting the first campaign demo at E3 2012, we got a chance to see more of the game and hear the developers talk about making the next entry in the blockbuster series.
The single-player campaign will feature two connected storylines, set through 1980s and the other in 2025. The protagonist of Black Ops, Alex Mason returns as the protagonist in the Cold War section while his son, David Mason, will be your trusted partner in the future. It’s an interesting scenario, and one that presents many storytelling opportunities. With Black Ops considered by many to have one of the better storylines in the whole series, hopes for the sequel are rightfully high. Also a first for the franchise, the campaign promises non-linear gameplay that takes into account player choice during certain scenarios. 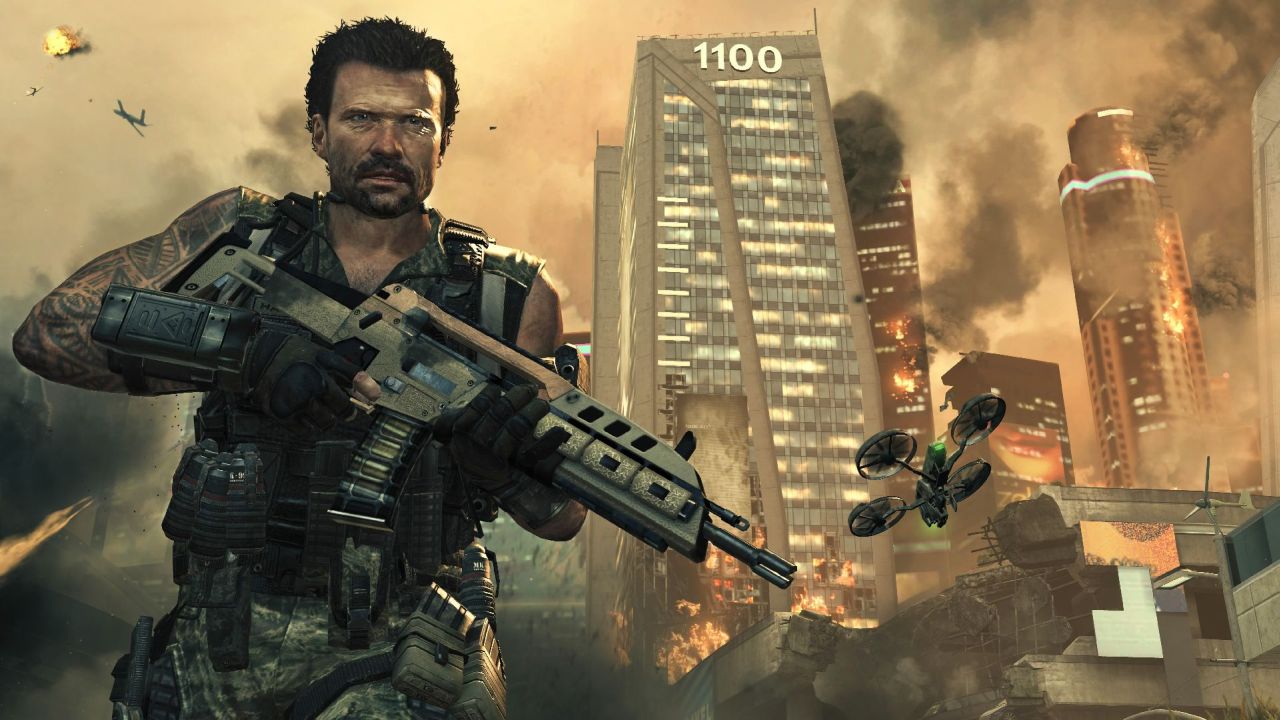 We got to see a bit of everything with the single player demo that was presented at the Microsoft E3 press conference. What was shown behind closed doors was the same mission, however it was running live as our gameplay varied quite a bit from the one shown at the media briefing, and didn’t skip the middle section. Once again we observed a destroyed city of Los Angeles, overrun with aerial drones. Our convoy is attacked, and we must fight off incoming drones with a nearby turret. Shortly after fighting our way to a bridge, the first real choice was presented – cover your team with a sniper rifle, or rappel down to the ground with the rest of the team. We once again opted to snipe, utilizing a futuristic rifle that was able to see and fire at enemies behind walls and cover.
After giving sufficient cover fire and with the bridge collapsing behind us, we rappelled to join the rest of the squad. A set of trucks nearby served as a convenient transportation option, so we hopped on while fighting off waves of enemies. The ride doesn’t last long, as we crash following a huge highway collapse right beside us. As we arrive downtown, a walking attack drone enters the scene. Thanks to plentiful ammunition in the area, including a grenade launcher, it is quickly dealt with. Continuing through the city, we hear and see the results of the surrounding conflict – buildings crumble, a train lies in the street, an empty shell of its former self. Another drone appears, which is taken out more creatively by first shooting its feet and immobilizing it. 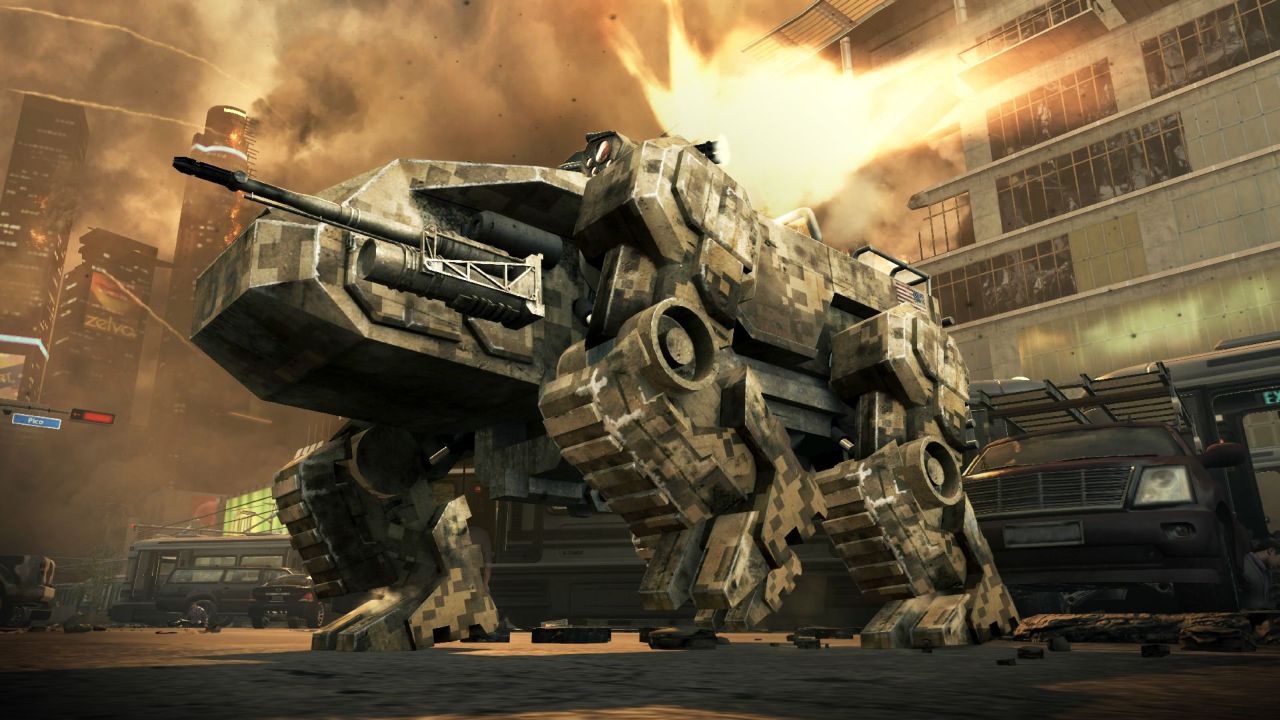 Now fighting inside a mall, our hero used his personal remote controlled drones to lay down some serious fire upon manually designated enemy locations. With a plane attempting to land in order to rescue the president, a skyscraper comes crashing down. Yes, that’s likely a Battlefield 3 referencing moment. After regaining our senses, a convenient ambulance appears to take the President to a safe location. To escort the convoy, we hop into that very same FA38 airplane that luckily remained intact and take off. Flying in hover mode, the enemies have no chance of escaping our fire as we make our way through tight downtown streets.
12Next