Spidey is back in an open world, and a promising showing at E3

The Spider-Man movie franchise is set for a reboot film this summer, and with it gamers are ready for their next Spidey fix with The Amazing Spider-Man video game. Developers Beenox, under a watchful eye of Activision, have been producing Spider-Man games for the past few years, but this is arguably their biggest effort to date. With the studio getting support from the film execs and one of the biggest publishers around, The Amazing Spider-Man has some expectations to meet. We had a chance to see and play the title at E3 this year, and the title has potential to break the mold of poor movie to game adaptations.
One of the aspects that the films have adapted from the comics is the more scientific approach to the lore of the superhero. The game adaptation will also follow this approach, and will mostly feature human-like villains from the comic books. Events take place after the movie, which has given the developers a lot of creative freedom. They had worked closely with the guys at Marvel and Sony Studios to ensure that the storyline fits with the conclusion of the movie, and also that any villains that they bring in don’t affect the future films, in order to keep the storyline consistent across all mediums. 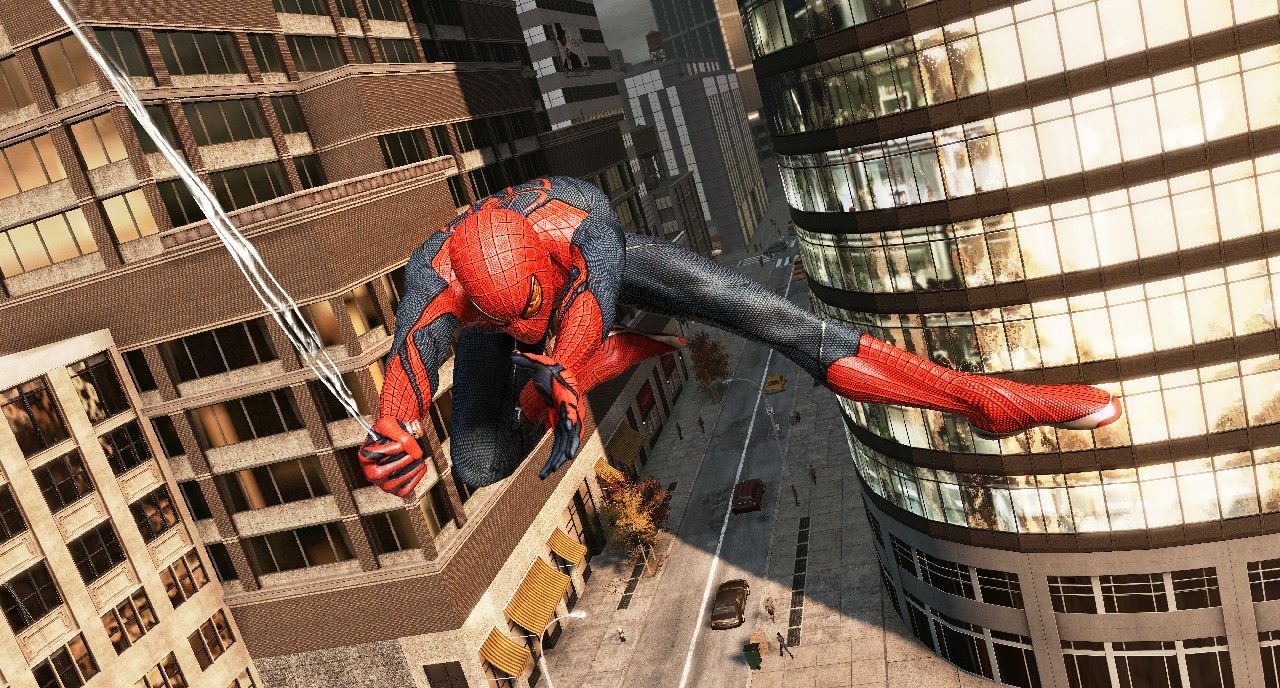 There were four keys to developing the game. Narrative, as mentioned above, is one of them. Developers also had to consider how many gameplay and story elements they had to fit into the game in order to optimize between length of a video game and keep in touch with the movie and future storylines. The goal was to create a “15 to 30 hours experience” (which is quite a big range, likely depending on how many side missions and exploration the players will attempt).
A second key was to let players become Spider-Man. For this, the camera was brought closer to the character, akin to modern third-person shooters. Doing so not only adds details to the world and animations, but it also illustrates the quality of the character design. Indeed, playing through the game we saw great detail of Spidey’s costume – it is said that the exact character texture used in the film was brought into the game with perfect symmetry. Third design key is the Web Rush mechanic, which allows players to perform dynamic acrobatics with style but without requiring demanding user input. Fourth and final key was the fact that the game has returned to Manhattan, the main city of the series. 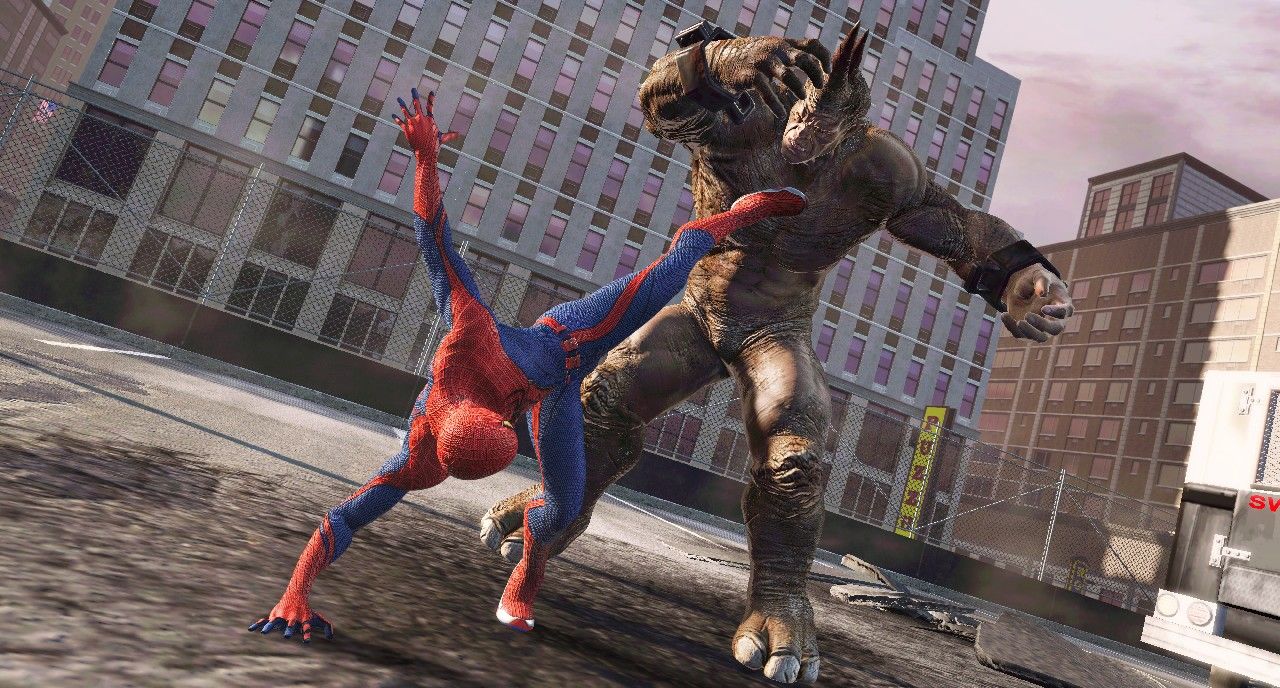 As the hands-on demo began, we jumped off a rooftop and entered a skydive, getting very close to the ground before deploying our web and swinging along the ground and between cars, akin to the movies. The developers hadn’t bothered themselves with making the web swinging look realistic – Spidey simply shoots his web into the air above and continues onwards - but with that, the gameplay freedom is benefitted. The world seemed large, and there were a number of random crimes happening, all hoping for a superhero to save them.
12Next

All videos for Amazing Spider-Man (3)
Advertisement ▼