We once again step into the stylish shoes of Agent 47

When we last saw Hitman Absolution at last year’s E3 for the first time, there was some concern with the new direction that the series was taking. Agent 47 was now able to employ vision that allowed him to see enemy paths as well as through walls. It wasn’t really what the series focused on stealth needed, and yet the developers stuck to their design goals. At E3 2012, we once again had a chance to see the game, plus have some hands-on time with a level. Things appear to be progressing nicely, and though the various new gameplay mechanics remain in place, they are optional and the game has managed to retain the Hitman series feel.
The demo presentation was provided by Nick, a community manager with Square Enix. We were looking at a level from the game, entitled Stars of Hope, which saw our hero hot on the trail of a girl named Victoria. His sources had led him to South Dakota, where we had to eliminate five targets and kidnap the man with information. Demo presenter commented that the demo playthrough being shown would only be possible for experienced players on their secondary attempt, as he had awareness of all enemy patterns and best kill opportunities. For the interest of time, the level was also not shown in full. 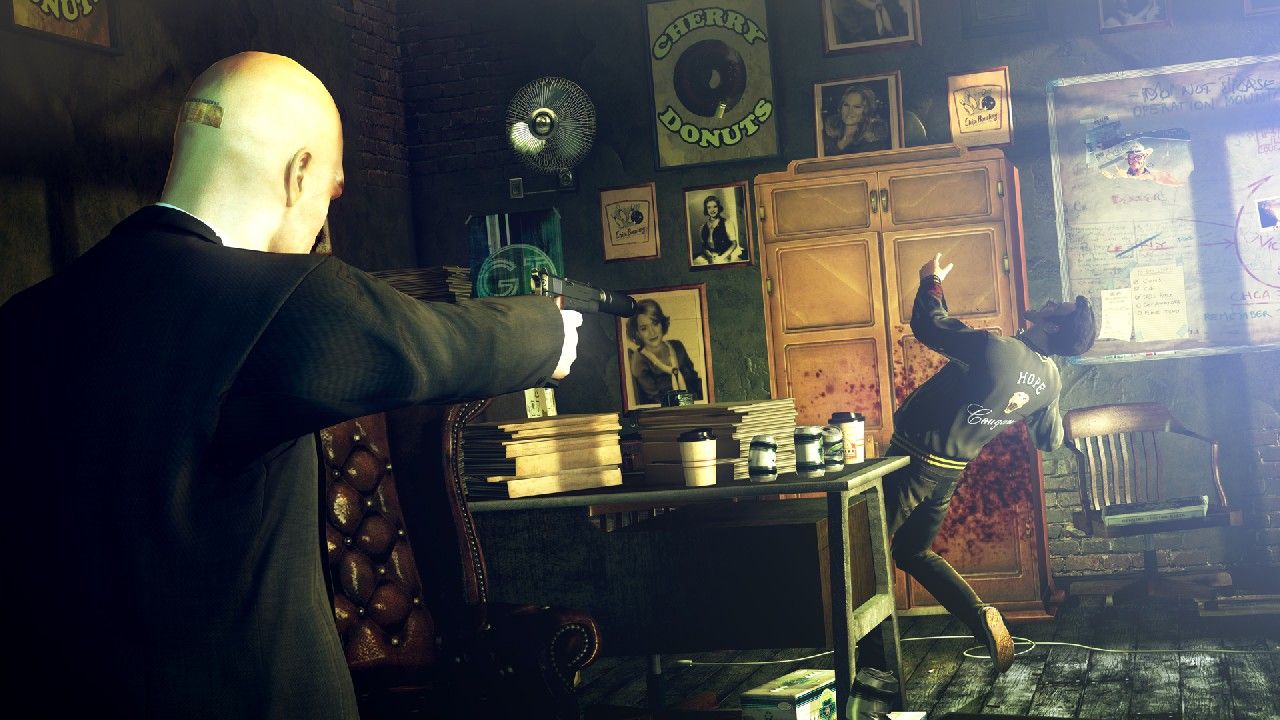 We began outside, in an alley. Directly ahead, a bar was seen, where our targets were said to be hanging out. Using his Instinct Vision, Agent 47 was able to spot two of his hit list targets hanging out directly in front of the establishment. At this point, we could of course start blasting away, but the silent approach was the goal. After finishing their chat, one of the targets headed to a nearby convenience store, as we followed. He chatted with the store owner, and headed to the upstairs area. There was no feasible way to get past the store clerk without being seen, so 47 turned on the radio at the back of the store, thus distracting the clerk, and sneaked upstairs. Here, we performed our silent kill on the first target.
Back downstairs, the clerk was once again blocking the way. So, 47 created a distraction by shooting the car outside the store, setting off its alarm and causing the clerk to investigate. Once again, our path was clear. We could have, in both cases, simply killed her. But doing so, as well as not hiding the body from our hits, would have lowered the mission score that’s dynamically updated with every action. Back in the street, we spot another target heading to a nearby gas station. Lacking a disguise, we follow through a side entrance. 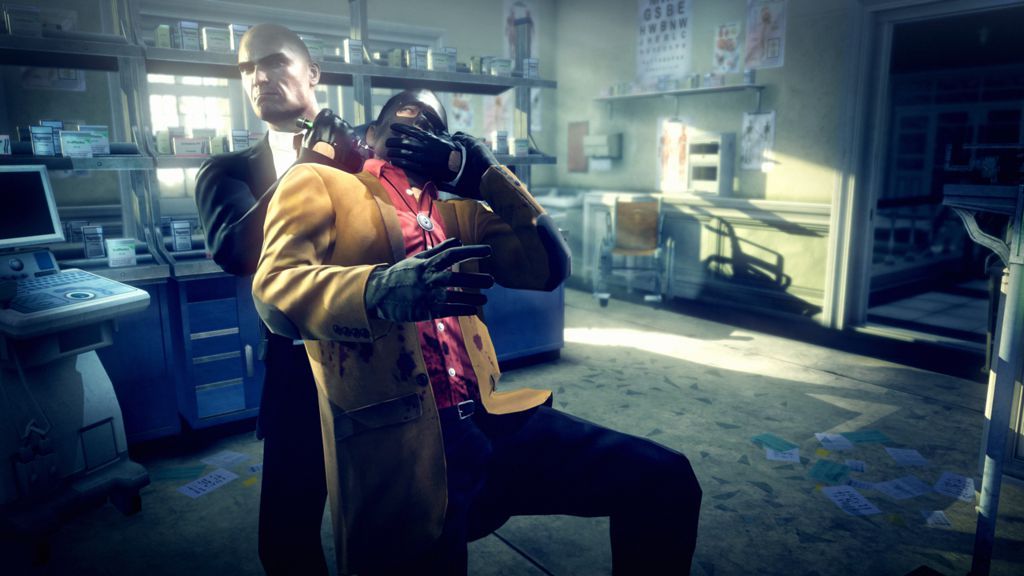 Absolution employs a hint system that highlights objects in the environment that can be used. In this case, we spotted a leaky gas tank on our way into the car shop, and set some C4. After we follow the man upstairs and take him out, 47 dumps the body over the railing to the side entrance where gas is leaking. Suddenly, another man confronts us on the roof, so we have no choice but to kill him and also dump his body over. As we calmly leave the area, 47 triggers the C4, causing a huge explosion. It not only eliminates the bodies we’ve dumped, but creates a huge distraction and draws nearby guards from their posts, giving clear passage to a new area.
12Next