An urban environment transformed into an actual jungle with the sequel

When it was released a few years back, Crysis 2 once again set the bar for technical visuals in any video game. Pushing the consoles to their full potential, the game looked great, and with the newly announced Crysis 3, Crytek aims to retain that crown. Given the hardware limitations of consoles, this new entry in the franchise doesn’t appear to push any graphical boundaries compared to its predecessor. None the less, classic Crysis gameplay makes a full return as players enter a vastly different New York setting.
This time around, you are assuming the role of Prophet, who has now turned out to be the main character of the over-arching storyline. He has experienced a vision that depicts the end of the world, and is now on a path to prevent these events from happening, regardless of who stands in his way. The action takes place in Liberty Dome, a huge area in what used to be New York City, now separated from the rest of the world as nature begins to take over and turn the city into a wild jungle. Developers say that there will be a number of different environments within the Dome, each presenting unique challenges and approaches to gameplay. 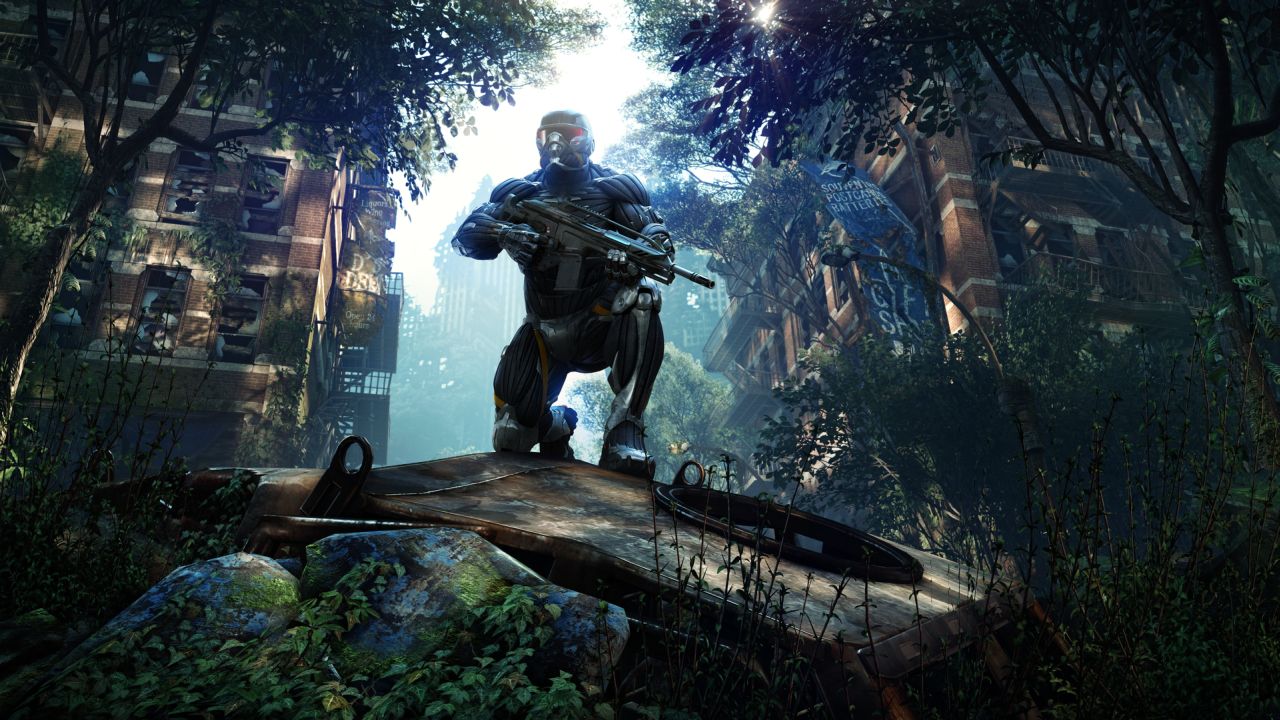 We had a chance to play through the same level that was demonstrated during the EA E3 media briefing. Our objective was to take out a dam, located in the midst of a jungle area. Classis Crysis gameplay was in full force here – we turned on our cloak, and snuck around the area, using the game’s new ability to mark enemies in the environment. Also new is the bow, which is always available and has various types of ammo. Once we were spotted, using speed and armor suit abilities we took out the patrols surrounding the dam entrance. The game demo was running very smoothly on a PC build with Xbox 360 controllers, and looked great as expected.
Notably, the whole area was fully explorable and presented plenty of opportunity to escape and flank the opposition. Developers promise more of such freedom throughout the game, which is great to see considering the relative linearity of Crysis 2. Enemy AI was also giving us a challenge, and aside from a couple of glitches, put up an admirable fight. Once things went quiet outside, we headed to the dam entrance, making our way to the lower levels. 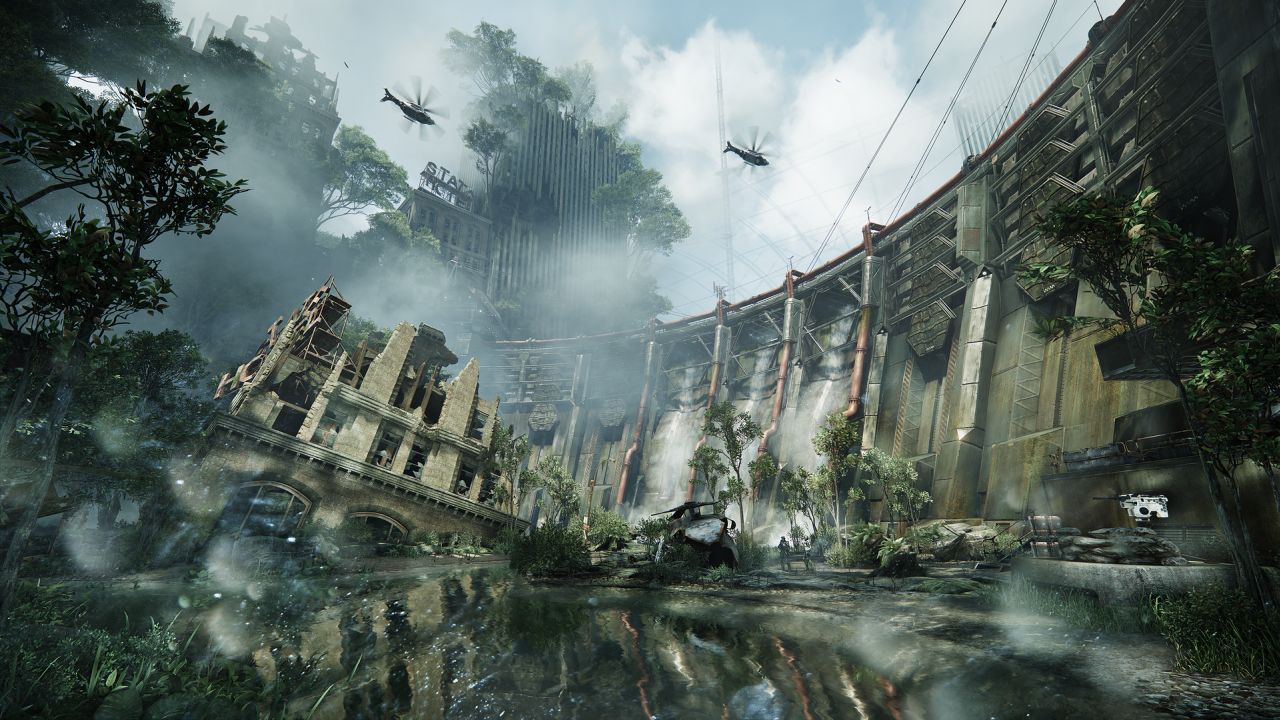 Once there, we damaged the generator and ascrended to the top of the dam. This obviously alerted both the CELL members and aliens in the area, so a firefight broke out outside. New to Crysis 3 is the ability to pick up alien weapons, so we grabbed a futuristic grenade launcher and made quick work of the incoming enemies. At this point a helicopter appeared and it was time to make our escape, so we placed explosives and watched as the dam exploded, letting water gush down on the other side.
As mentioned, this was the same demo that you’ve likely seen, and we got to play it. We’re happy to report that the gameplay remains unchanged, and if more of the game’s levels are this wide open, it will make for an even better experience than Crysis 2. And although the graphical bar has likely been reached for consoles, there’s always hope for higher solid framerate on all platforms, and perhaps higher resolution textures. Look for the game to ship in February 2013.

All videos for Crysis 3 (5)
Advertisement ▼