Avernum: Escape From the Pit Review

A thorough RPG system sadly wasted behind flawed design and weak writing, Avernum is a reminder of why we moved on from the genre's humble beginnings

When I heard about the recent release of Avernum from SpiderWeb software, I said to myself “Wait a minute... wasn’t Avernum released more than a decade ago?” The new Avernum is a revamp of the classic RPG title from the early 2000s, but it seems to have fallen off its horse halfway down the trail between ‘re-release’ and ‘rewrite’, meaning that while the game is a definite improvement over its first incarnation, it still looks old and unbalanced. The basic story and mechanics have remained mostly unchanged, while the engine has been given a graphical makeover and new visuals, but you wouldn’t know it from looking. The strict isometric view and indistinct figures look like something from out of the 90s. This in itself isn’t a bad thing at all: I’ve always felt that graphics were a highly overrated aspect of video games, and especially with regards to RPGs, I’d much rather play a well-written 16-bit classic than a messy, boring 3D title. So does Avernum make up for graphical simplicity with strong RPG elements and solid writing? Let’s find out. 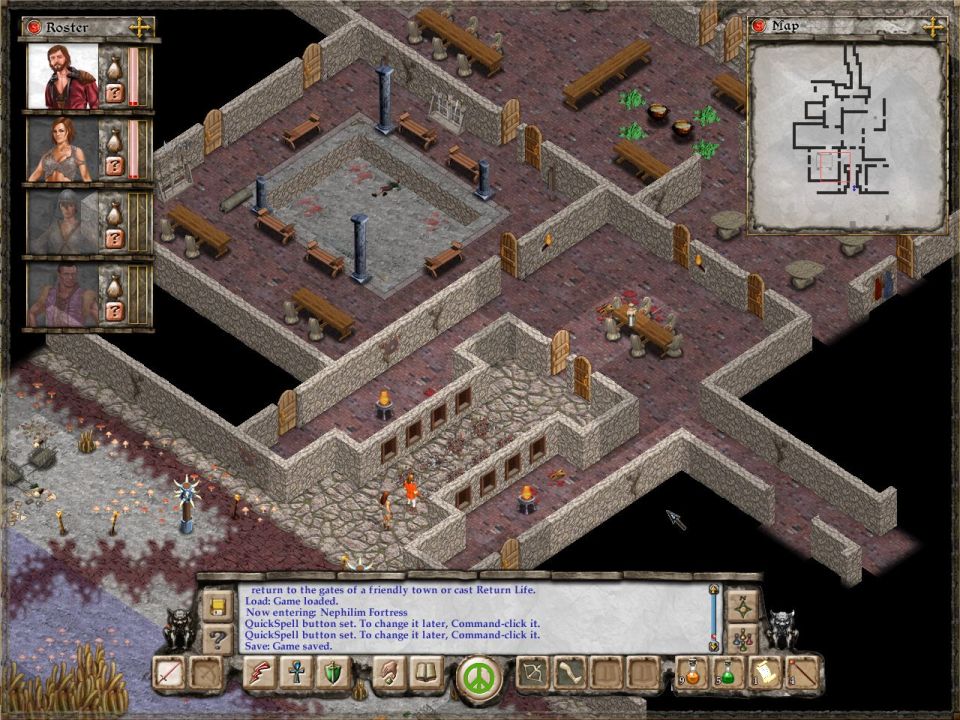 The only good quality of the story in Avernum is that it has a solid premise: you and your not-at-all-merry band have been banished from the surface world for some unnamed crime. In this fantasy world all dissidents and rebels are swept under the rug (or rather, under the crust) by being magicked off to Avernum, an underground kingdom completely sealed off from the outside, populated entirely by criminals and bizarre animals, like some medieval version of colonial Australia. It’s a story that provides a nice enough setting, but the writing in Avernum is very cheap, simple stuff. If the 90s’ computer RPG was born from the 70s’ paper-and-pencil ancestor, then it’s fair to say that playing Avernum is like doing a D&D session with a very boring, unimaginative Dungeon Master. Characters are utterly flat and exist only to provide two-sentence pretexts for quests, and although there is just a smidgeon of world development in Avernum, it’s given almost entirely through flat info-dumps where your quest givers flatly explain the ecology of their local town.
When compared to the first RPGs of the 90s (and the very young audience that they were aimed at), it’s not an uncommon flaw, but the point is that we’ve come a long way since then. As the game-playing population has aged and matured, we’ve come to demand more from the medium. Another example of Avernum’s failings here is the lack of quest chains: for the most part, quests in Avernum are completely independent of each other, unconnected to any general plotline. This makes the underground realm of Avernum not so much the backdrop for an epic story (which all RPGs should try to be, in my opinion) but more a “to-do” list, a hodgepodge of mostly optional quests, there to soak up your time and trickle down experience points. 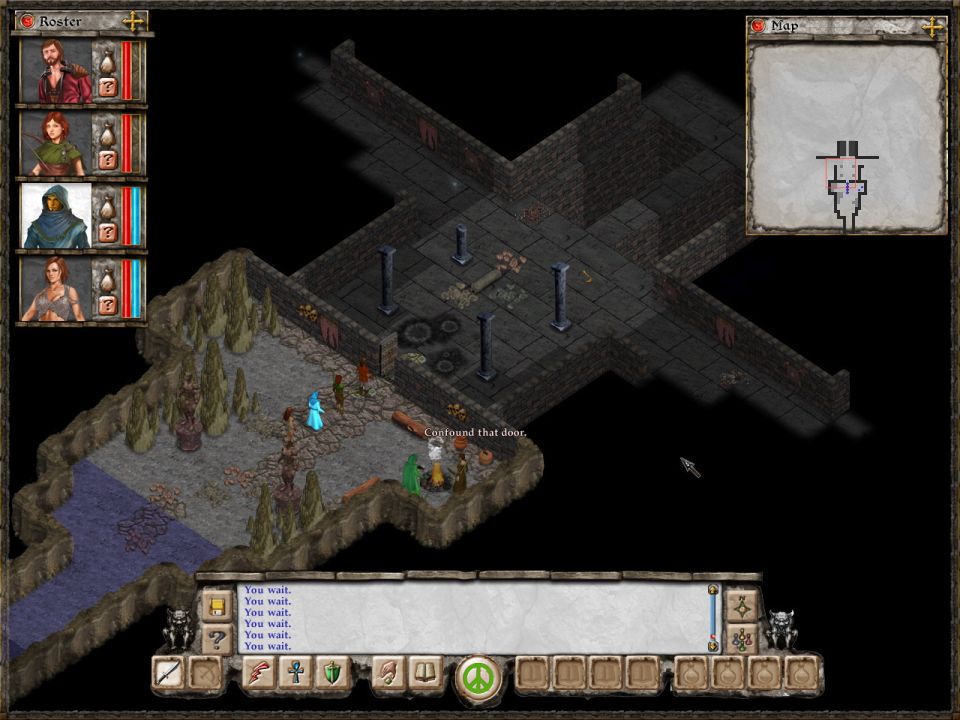 Story aside, the world of Avernum is undoubtedly the strong point of the game. Especially for such a cheap title, Avernum has a vast game map, packed tightly with a wide variety of environments, enemies, and NPCs. There are labyrinths, mazes, wastelands, and, of course, villages, each with its own set of secret passageways and back alleys to be explored. There are haunted crypts, lonely hermits, bandit hideouts, secret caches, and enormous castles. In the world-building department Avernum has enough content to fill up tens of hours of gameplay, assuming that most of the quests are completed. However, the great tragedy of Avernum is that all this loving effort in building such an expansive world is somewhat wasted by other flaws in the game. The outdated graphics and sounds are minor nuisances, but worse is the fact that Avernum doesn’t seem to have a unified style: splash screens are epic, richly colorful scenes, while normal gameplay is straight-forwardly unromantic and technical, with explanatory images as roughly sketched cartoons. The music in the game is decent, but mostly meant only as background noise and never aspiring to much. All these traits mean that Avernum’s world is big, but not very immersive.
12Next

Avernum: Escape From the Pit 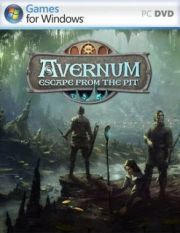 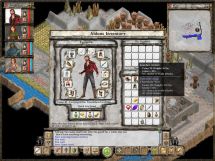