With relatively unsuccessful Developer Slant Six behind the helm of this new take on the Resident Evil franchise, to say expectations were low would be an understatement. And even with such reservations I feel disappointed after playing the game extensively, realizing that it could have been so much more if handled better. Instead we got a product that felt extremely rushed, filled with glitches, and muddled graphics that made me reminiscent of the N64 days. Multiplayer is as poorly designed as the rest of the game, leaving no reason for anyone to pick it up. Capcom is counting on their diehard Resident Evil fans to support this game, and they’re the only ones I can recommend it to. If this review hasn’t dissuaded you from playing Raccoon City then read on, and find out what specifically makes it such a terrible game. 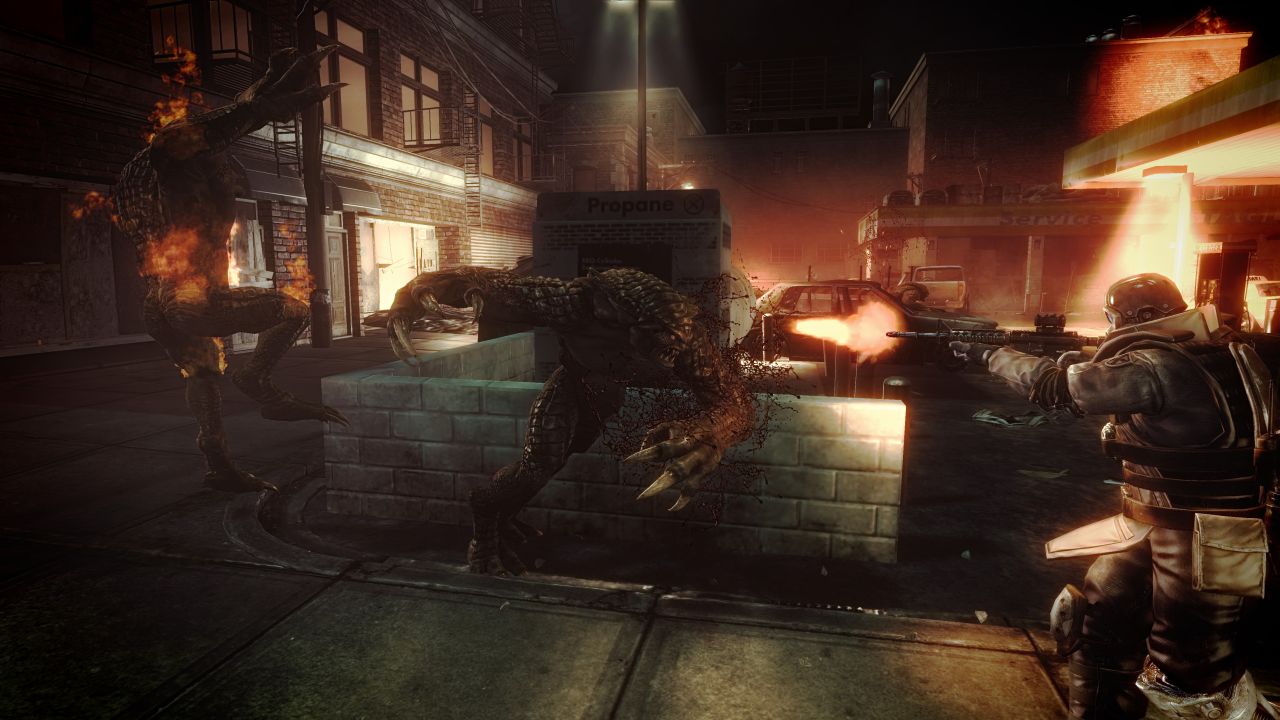 If you ever played any of the recent SOCOM titles then you got a general idea of how Raccoon city plays, except everything in those titles is of higher quality. Instead of being equipped with a camera and control scheme that works like in SOCOM, Raccoon City features controls that fight against you and a camera system that barely works. It’s frequently a struggle to move around in the game, often leaving your character in the wrong position which usually leads to death on higher difficulties. The same goes for the camera, which frequently has panic attacks during parts of the game where players find themselves in tight corridors. This is often by the way. By the end of the game I couldn’t tell if it was the camera that was giving me a headache or the muddy graphics.

The extremely short story mode (somewhere around four hours for competition on my first run through) fails to avoid feeling repetitive in its brief existence. For a great deal of Raccoon City you’ll be running from point A to point B, shooting mind numbingly boring enemies, and occasionally protecting an objective. This isn’t fun or exciting the first time, let alone the fifteenth. Enemies take far too many bullets to put down, and they almost never exhibit any smart or interesting behavior patterns. As to be expected, enemies get more varied deeper into the game, but ultimately they always remain a chore to fight. And all these problems don’t just afflict your opponents, as your squad mates are similarly flawed. They will run into trip mines, empty rooms, walls, and pretty much anywhere that you don’t want them. In Resident Evil Operation Raccoon City the only thing you can count on your allies to do is infuriate you. 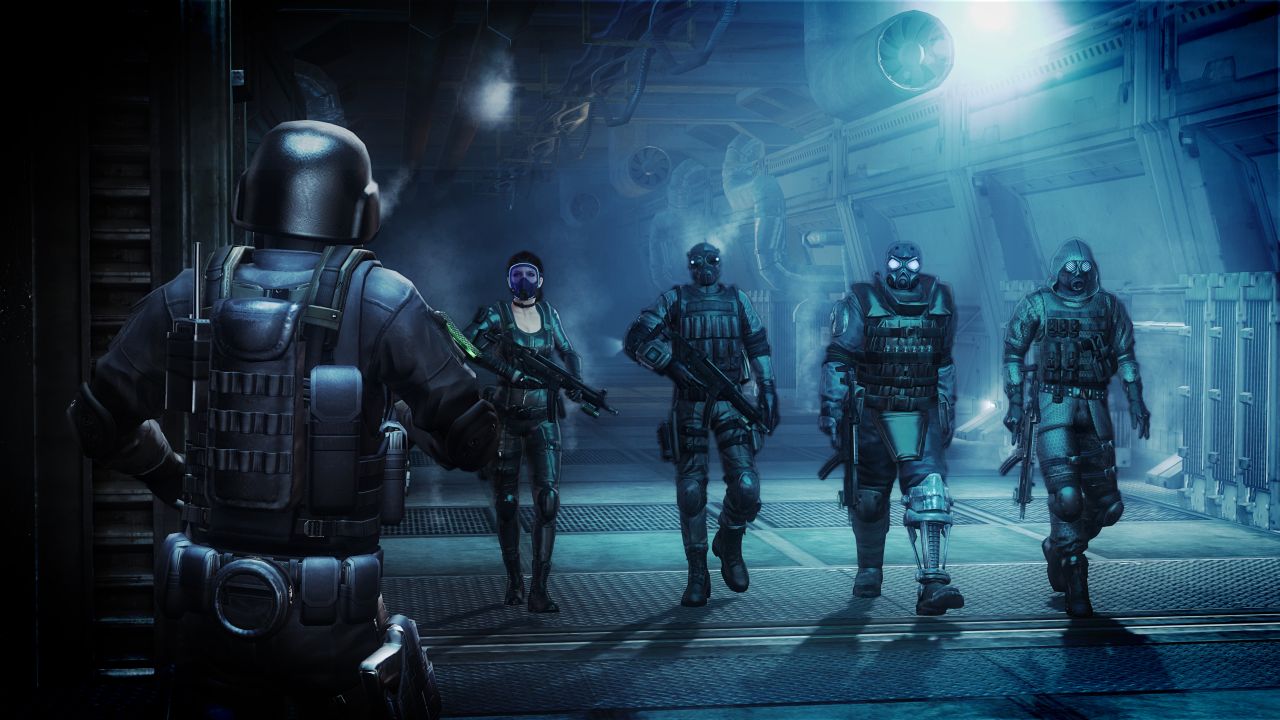 It’s a good thing the enemies you’re fighting against aren’t the least bit efficient, as aiming and taking cover in the game is near impossible. Your aiming reticle is sporadic at best, and sometimes seemingly random as you’ll miss shots that you thought were a sure thing. Cover is done automatically, and I was convinced half way through the game that a cruel joke was being played on me with the amount of times I was forced into cover at an inopportune moment. Much like many other aspects of the game, the environment is boring. You’ll make your way through complexes and buildings that you would be hard pressed to identify in the Resident Evil universe. Other than the Umbrella Corporation logos plastered everywhere there’s nothing that separates Raccoon City from being any other city in existence. Except that the city found in the game is dull on a whole different level and filled to the brim with drab colors and poor textures.

If you’re interested in Raccoon City for the plot, don’t be. The best aspect of it is that it’s short. Revolving around a cast of nobodies that you’re likely to forget about the moment you power down the console, Raccoon City’s plot is uninteresting and never succeeds in making you care. All the big names of the Resident Evil series are present, but only in the game’s multiplayer mode. All the same issues from the single player transfer over to the multiplayer, with stuttering problems even more transparent with more characters on the screen. Also none of few game modes available are ever properly explained, and it took longer than it should have to figure out what I was trying to do. Most of these modes are what you’re used to in multiplayer shooters, but with the gimmick of zombies being thrown in to cause chaos during team deathmatch. The zombies serve little to no purpose though other than to frustrate you. Just like the rest of the game, I would recommend avoiding Raccoon City’s multiplayer. 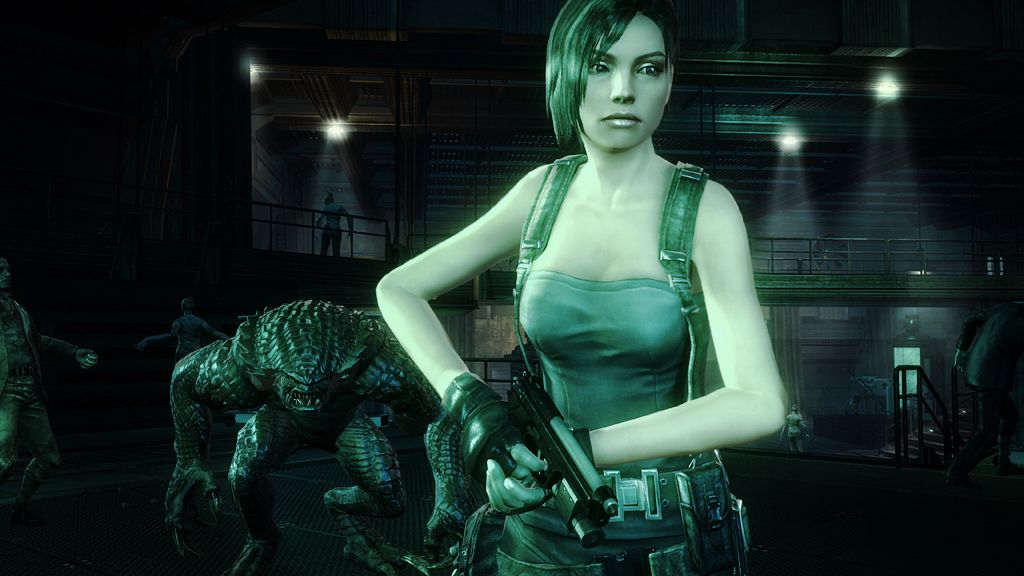 I would be hard pressed to name a recently released game that is worse than Raccoon City. It seems from the game’s multitude of issues that it clearly did not have enough time to cook in the oven. And even if Capcom allowed Slant Six more development time I’m not sure if they could’ve fixed it, as the story and game design choices are inherently flawed. The Resident Evil series is not one lacking in entries, and almost any of them would serve you better than this dud. Or if you just need to play a new Resident Evil game, I’d say wait for RE6 which is just around the corner.

Our ratings for Resident Evil: Operation Raccoon City on Xbox 360 out of 100 (Ratings FAQ)
Presentation
30
From the headache inducing graphics to everything being a different shade of mud, absolutely terrible.
Gameplay
40
Controls that fight against you, AI teammates that don't listen, and unsatisfying gunfights make Raccoon City a frustrating experience.
Single Player
30
The campaign can be completed in a handful of hours, which is appreciated as every moment of it is excruciating.
Multiplayer
25
A handful of unexplained modes that run terribly will make most players want to skip it.
Performance
15
Bad loading times, erratic camera, filled with glitches, and I could go on. I'm not sure if the developer was even trying.
Overall
30
Resident Evil: Operation Raccoon City should be skipped at all costs. Terrible performance underlines an all-around badly designed game. 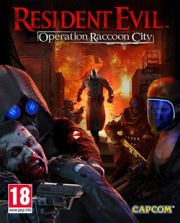