There is more to the game after the decently long campaign is complete. PC users can participate in all-out deathmatches (and team deathmatches), with all the intensity that you can imagine when a bunch of snipers decide to out-gun each other in a series of levels where line of sight is crucial. Cooperatively, Overwatch mode puts one player in the role of a sniper that must provide cover fire for your team mate on the ground, which can be cool if executed properly, though the guy on the front line doesn’t have much to do. Kill Tally presents a basic horde mode, while Bombing Run tasks players with fetching parts of an airplane from increasingly distant locations. All of the online modes work well, and though not overly original or full-featured, provide rather competent multiplayer action. 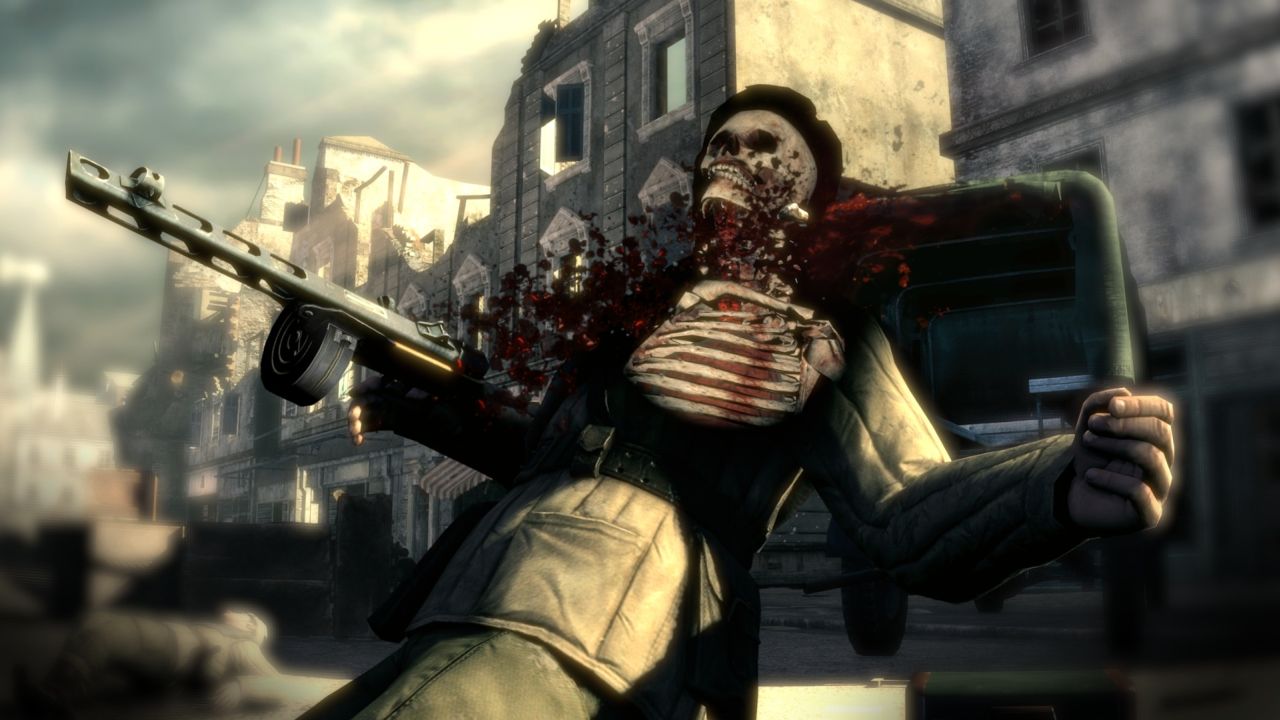 Sniper Elite V2 does look good, its WWII setting actually feeling a bit refreshing due to the recent deviation from this era in gaming. Crumbled buildings and destroyed homes are all well presented, though sometimes lack detail and any environmental impact. Complementing the sniping are extreme kill animations, which look similar to those used by the recent Mortal Kombat. You can watch bullets rip through your enemies (and their insides) in slow motion x-ray detail, and it comes across disturbingly cool. The audio design is basic, with unremarkable voice acting from the few characters - but at least the German and Russian enemies sound authentic. There are no problems with running on top settings even on moderate PC hardware, and the scenery still looks appealing throughout.
So, in a similar way to its predecessor, Sniper Elite V2 does only one thing really well, while the rest of the elements seem to fall by the side. A satisfying and well implemented sniping mechanic can’t hold up the linear level design, AI problems, and unfinished stealth elements. A lot of these issues are avoided during multiplayer, which is actually the unexpected highlight of this otherwise unremarkable experience. Sniper Elite V2 could have been a successful outing for long-distance shooting fans, if all of the game’s content was up to par with the sniping.
Prev123
Our ratings for Sniper Elite V2 on PC out of 100 (Ratings FAQ)
Presentation
65
Deadly x-ray shots are rendered with gruesome detail and respectable variety. Visuals and sound design are OK, if nothing else.
Gameplay
57
Great sniping aside, the game can't save itself from poor AI, unreliable stealth, and overall linearity.
Single Player
73
A decently lengthy campaign, but the missions feel stringed together with no real connection, or details of what happens in between. Historical accuracy is questionable.
Multiplayer
83
Though nothing particularly original, a variety of modes combined with great sniping and lack of single player frustrations make online play a real treat.
Performance
(Show PC Specs)
CPU: Intel Core i7 CPU 930 @ 2.80GHz
GPU: Sapphire Radeon HD 5870 Vapor-X 1GB
RAM: 6GB DDR3
OS: Windows 7 Professional 64-bit

80
The game runs well, though environments are disappointingly static and there's nothing particularly breathtaking about the technical visuals.
Overall
68
A fun sniping game, but not much more. You will be disappointed by simplistic AI and lack of any real stealth options, but the shooting itself is a real treat. If you crave headshots and can forgive the game's numerous shortcomings, give it a try.