Ascend is a great entry into the Tribes series. The fast team based gameplay is preserved and modern features make it feel fresh.

Tribes Ascend is a Free to Play (F2P) multiplayer shooter from Hi-Rez Studios. It is the fourth game in a series that has pioneered online gaming. The original Starsiege Tribes, developed by Dynamix in 1998, captivated gamers with large maps, vehicles, raw speed, jetpacks and skiing. It gathered a cult following and was proceeded by two sequels, one with a single player campaign. The franchise was in hiatus for 7 years, even landing back in the hands of the original developers with no result. Hi-Rez acquired the name and began work on an MMO that later turned into a more traditional Tribes experience. The franchise has always been about speed and freedom of movement and Ascend gets this crucial aspect right. 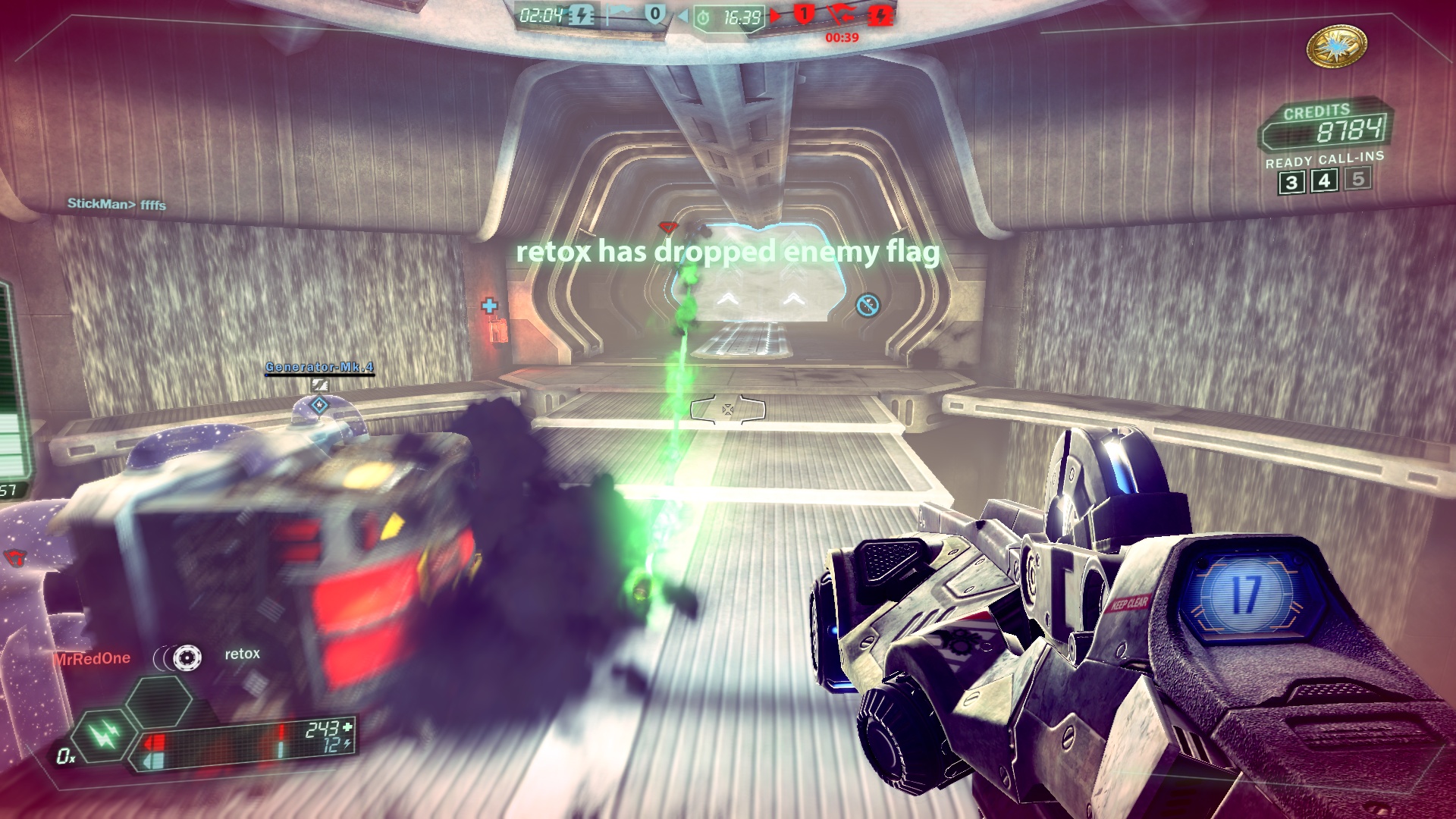 Juggernaut in our base! Repair our Generator!

In the Tribes games you don’t just run across the maps, you fly and slide over the surface. A jetpack gives you great altitude so you can soar over the crest of a hill. On the downward slope you hold the spacebar to enable your frictionless boots. Harnessing the power of gravity and your jetpack, you can easily achieve modest speeds of 160kph. Self propulsion devices, like disc jumping with the iconic Spinfusor, add even more speed. Learning the map topography is crucial for navigation and combat.
Predicting movement, leading players and managing energy are all important aspects of the combat. Many weapons are suited to the series: slow projectiles with explosives. You need to judge the distance of your target and the speed of the projectile. Splash damage chips away at enemy health and direct hits in mid air are brutally satisfying. To appeal to newer players, most classes have traditional automatic weapons like sub machine guns or assault rifles. Hitting targets with these automatic weapons is easier due to speed and fire rate. It is a necessary evil but brings more variety to the combat. Satisfying combat is just part of the package in the Capture the Flag mode.
In Capture the Flag, each team has a base with a flag stand separated by a large midfield. These bases have defensive assets (like turrets) and a generator that powers those resources. Flag cappers will try to grab the enemy flag and rush back to their own flag before it is taken. Although it sounds simple, the experience is regularly exhilarating with balanced teams. Players form into defensive and offensive structures with key players repairing or destroying generators. Vehicles cause disarray in the enemy base and chase down flag carriers. The other game modes are exciting in their own right. 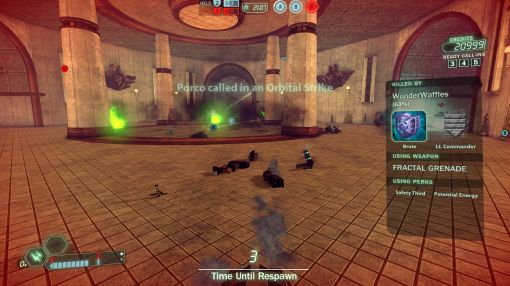 Outskirts CnH Point A is one big disco grenade party

Team Deathmatch sounds straightforward but is changed for the better with the inclusion of a single flag. The flag becomes the focal point because the team holding it gets double kill bonuses. You always know where the action is and can pick off chasers as they scurry after the carrier. Glorious anarchy is produced when the flag is dropped in heavy traffic. In Capture and Hold (CnH) each objective is constantly bombarded with players. CnH provides some of the most compressed action of all modes but is easy to pick up and play casually. Arena is smaller groups killing each other in constrained maps. Careful navigation is needed in many Arena maps, as one false step will have you falling to your death. The popular Unreal 3 Engine is no stranger to these game modes.

Our Review of Tribes: Ascend
85%
Great
The Verdict:
"Ascend is a great entry into the Tribes series. The fast team based gameplay is preserved and modern features make it feel fresh."
Game Ranking
Tribes: Ascend is ranked #156 out of 1668 total reviewed games. It is ranked #18 out of 145 games reviewed in 2012.
155. Lara Croft and the Guardian of Light
PC
156. Tribes: Ascend