A mediocre game that fails to deliver on what it sets out to do, and what many fans were hoping for

Since motion control first made its way onto the video game scene over half a decade ago, everyone seemed to say “Think about how awesome a Star Wars game would be with that!” It seems like the perfect fit, 1:1 motion detection and the lightsaber. The result of this collective idea is Star Wars Kinect, a game that feeds that desire to wield a lightsaber in only the smallest way possible while mostly delivering an inoffensive but also non-memorable gaming experience.
Star Wars Kinect is essentially a mini-game collection. While there are fewer games with more content per game, the end result is the same. The game features Jedi Destiny, Rancor Rampage, Podracing, Galactic Dance-Off and Duels of Fate. Jedi Destiny is a third-person action game that puts you (and another player if desired) into the role of a rookie Jedi warrior on a number of missions across various planets, in space, and on speeder bikes. Rancor Rampage puts you in the unshackled feet of an escaped rancor loose on a number of locations tasked with destroying as much property and eating as many people as quickly as possible. Podracing is, just that, podracing. It will rekindle fond memories of Episode One: Podracer and then quickly make your arms so tired you’d wish they’d fall off. 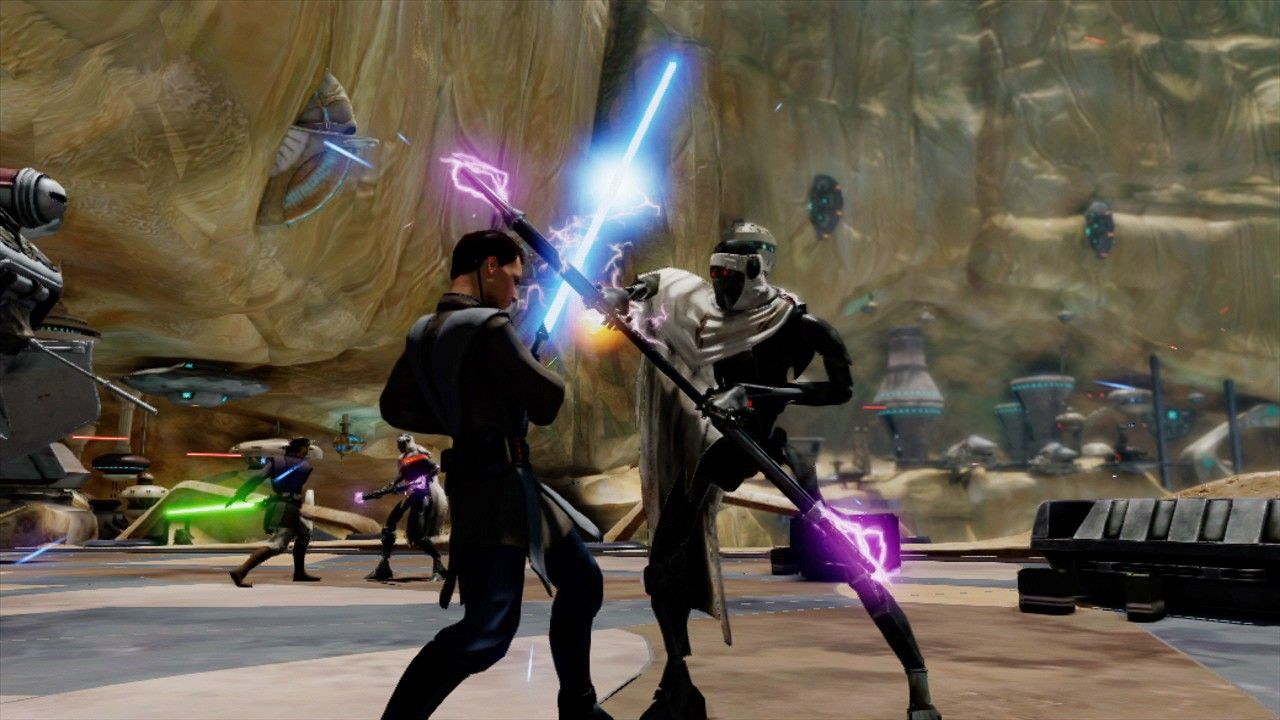 Galactic Dance-Off is a Dance Central clone featuring a number of songs that have had their lyrics altered to include references to the franchise. This mode is such a clone that moves seem to have been directly stripped from Dance Central and simply renamed something Star-Wars themed. Finally, there is Duels of Fate which is a dueling mechanic featured in the Jedi Destiny mode that has been boiled down to an exhibition match/time trial challenge. All of these modes can be played in some multiplayer capacity.
Jedi Destiny seems to be where the brunt of the game’s content is included. This mode features three missions across a number of different locations each taking around an hour or more to complete, depending on the difficulty. You’ll be put through a very lengthy tutorial that will teach you every possible action (things like swinging your lightsaber, jumping, force pushing, rushing forward, etc.) but doesn’t give you a chance to properly practice some of the more advance maneuvers (like deflecting a blaster shot back at the enemy that fired it). Thankfully though, I never found myself needing to utilize any of those very few, advanced maneuvers I just mentioned. 90% of this mode can be played and completed by simply wiggling your arms from side to side and stepping back and forth, occasionally jumping in order to hop over an armored enemy’s head to attack his backside.
123Next 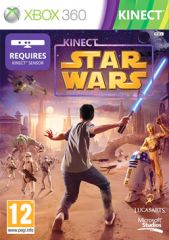