Konami brings two horror classics into the HD era and in the process, inadvertently introduces some technical terrors into the code

It can be a terrifying prospect, returning to re-mastered versions of classic titles. The mind is inevitably fraught with worrisome questions about what has been changed and whether any successful aspects of the original have been lost in the translation. Questions that are made all the more frightening when considering Hijinx Studio’s HD-ification of Konami’s classic horror series, Silent Hill. 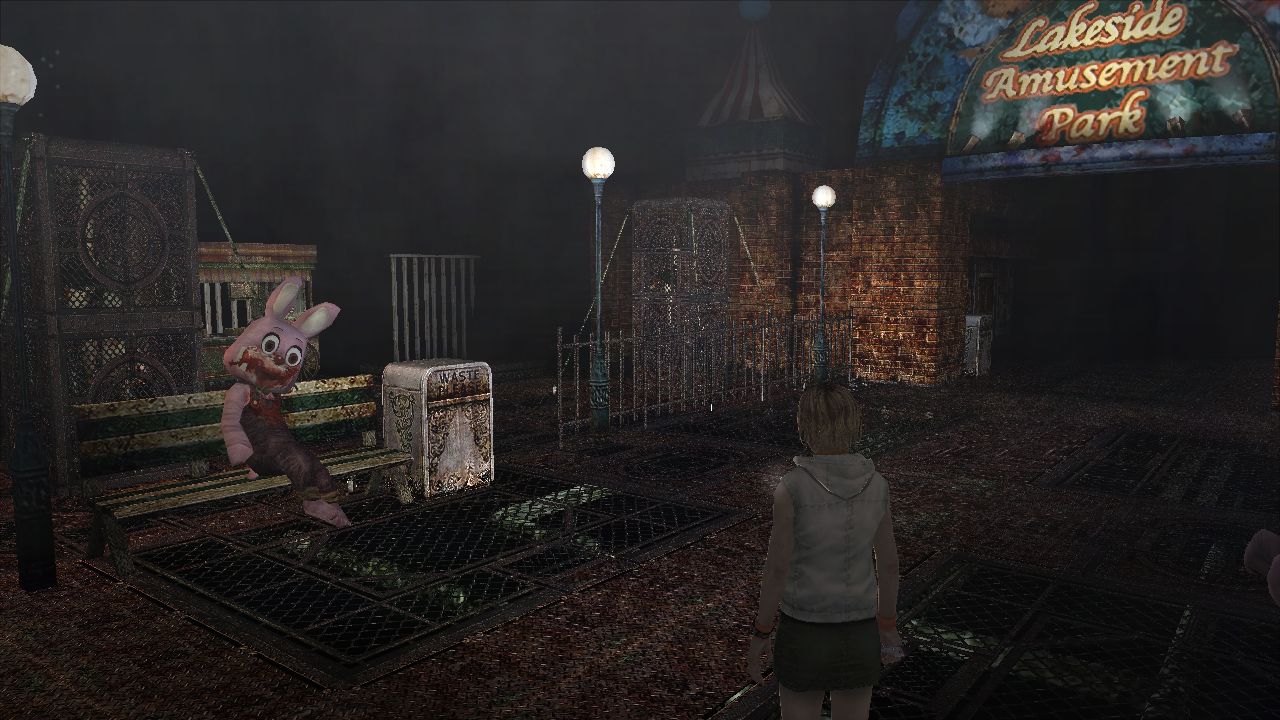 What if, for instance, the increase in resolution actually detracts from the series trademark grimy aesthetic and highlights flaws that were once masked? What if the developers have viewed the transition to more powerful hardware as a chance to improve upon what they considered to be technological limitations, but was actually purposefully designed, claustrophobia inducing fog? And what if the inclusion of new voice acting is so horrendously lip-synced, that at times it breaks all sense of immersion and could lead you to believe it had been dubbed English in a Japanese version?!? Oh dear.

To be fair the latter change is an optional one in Silent Hill 2, which makes up one half of this ‘collection’ alongside its sequel, Silent Hill 3. A rather large and perplexing omission of content, considering that series entries 1 and 4 would have also made suitable candidates for a HD makeover. Yet their absence may very well have spared them from the sloppy handling these titles have been treated to.

Silent Hill 2 follows protagonist James Sunderland on a journey to the infamously hazy suburban town of Silent Hill, drawn there by a letter from his missing wife. Silent Hill 3 places you in the boots of Heather, a young teenage girl who whilst on a trip to the mall is being pursued by multiple different parties, none of which seem particularly trustworthy. What follows in both games is an adventure through multiple buildings and locations of narrative interest, all of which appear to have become infested by the horrifically mutated inhabitants of Silent Hill. These antagonists are of the demonic persuasion with their designs centered around elements of the central protagonist’s psychosis, which plays a large part in each game’s narrative development. 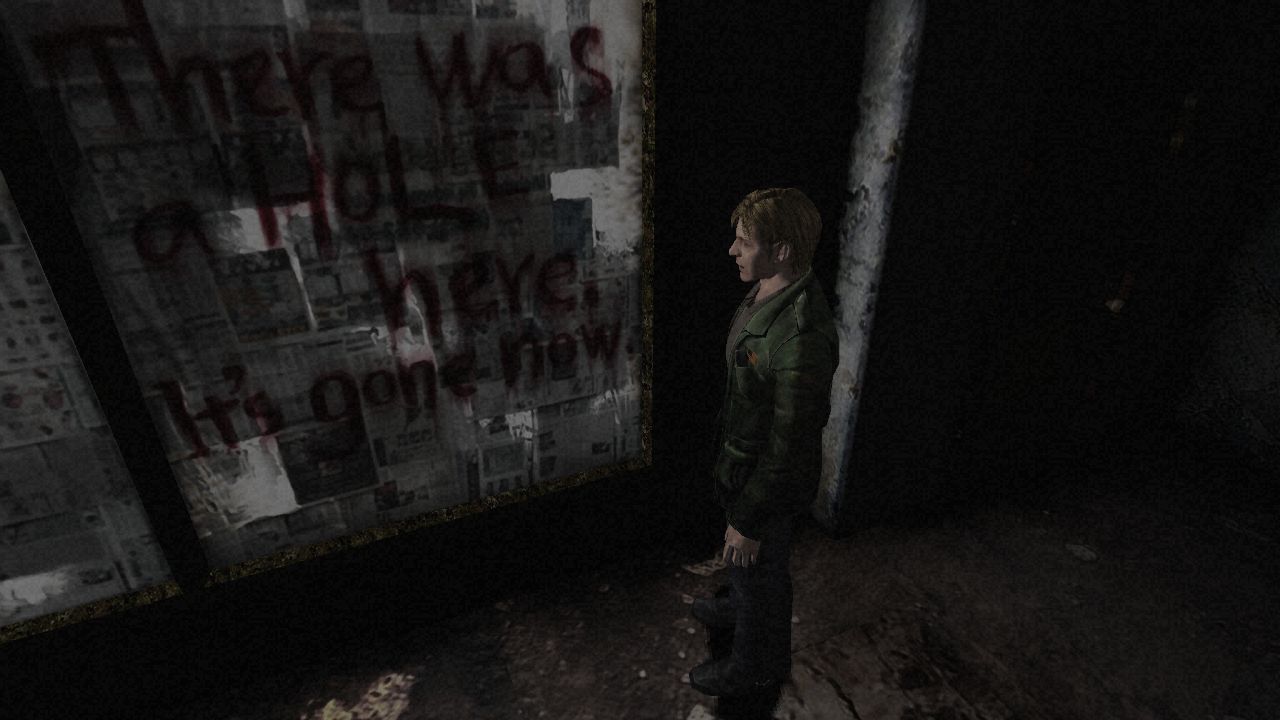 In terms of gameplay, both are almost exactly the same as their original releases, with all of the clunky controls, awkward camera angles and clue led orienteering that defined the PS2 incarnations. These are mostly linear affairs with progression limited by puzzles that require the exploration of environments and the collection of arbitrary objects to aid in the removal of roadblocks. Besides this, combat is something of a secondary consideration with most enemies easily avoided, although - should you need to - a variety of melee weapons and guns are picked up along each journey.

The emphasis of the series has always been on atmosphere and psychologically disturbing imagery rather than simple shock tactics, and in this respect Silent Hill 2 remains a master of the genre, with greater pacing and restraint than its sequel. It slowly amasses a sense of confusion and intrigue that builds into the pants wettingly claustrophobic terror of its interior environments, which will at times leave you baffled as to whether or not what you are seeing is actually real. Silent Hill 3 on the other hand lays it on a little thicker and faster, with more of a tendency toward gore and exposition instead of the dauntingly oppressive feeling cultivated within 2. And where 2 deals with an individual’s personal turmoil, 3 returns to the series original roots dealing with matters of the occult.

What solidifies the claustrophobic atmosphere of terror in both games is Akira Yamaoka's brilliantly creepy soundtrack. There is not a discernibly comforting note to be heard in the dissonance of chiming brass, and the low frequency humming bass notes stir up some truly unsettling feelings when combined with the game’s imagery. 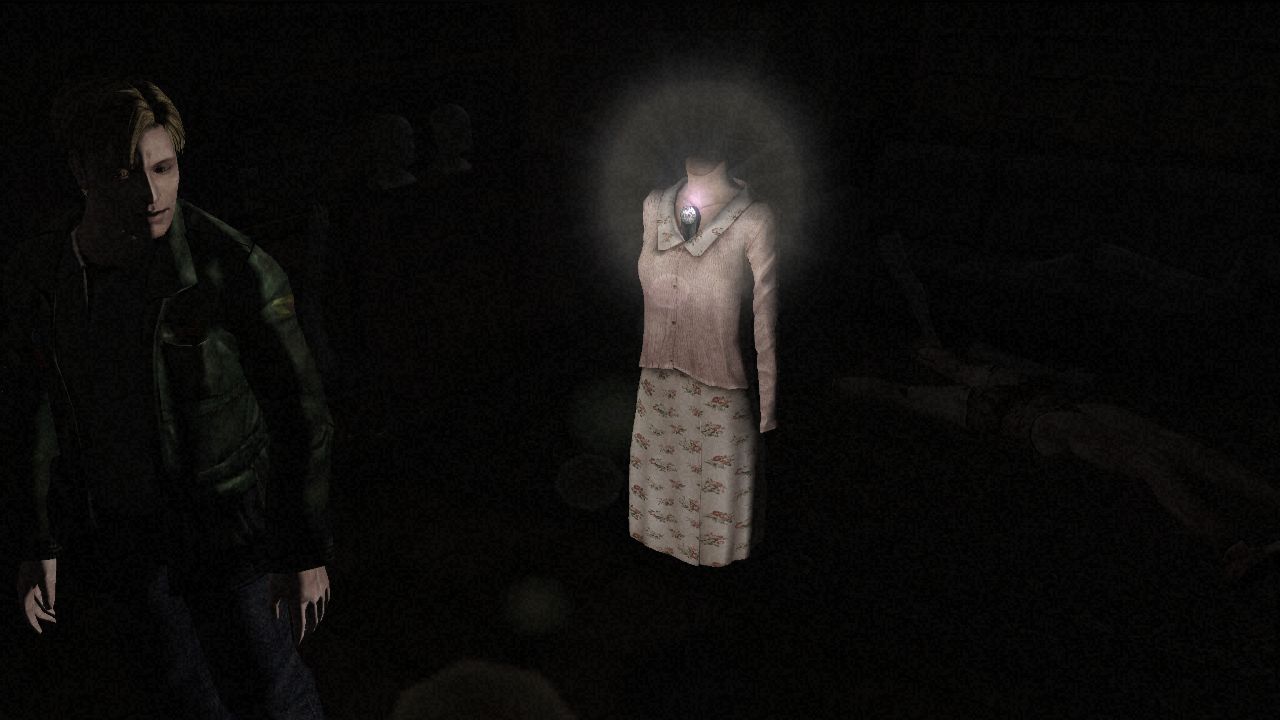 On a technical level the treatment of the series’ trademark foggy weather is the greatest matter of contention here. Hijinx Studios appear to have viewed the increased processing power afforded by this current generation as an opportunity to draw back the thickness of the fog and make the streets of Silent Hill a little clearer. This is a baffling alteration as the fog coverage in the original release served the purpose of maintaining claustrophobia in the outdoor environments, and the reduction does detract somewhat from its effectiveness.

In this respect, Hijinx Studios have quite literally blown away the smoke and mirrors, but what makes this even worse is that in doing so they have inadvertently revealed some technical aberrations that Team Silent had masked in the original release. One particular scene in Silent Hill 2 involves a rowing sequence across a lake that now looks broken as the lack of fog coverage reveals the water to be nothing more than a flat lifeless texture. Silent Hill 3 fares a little better visually in the transition over to 720p, owing to its shaper original textures, smoother animations and lack of fog in the first place. Yet it is baffling as to why the time wasn’t taken to re-work some of the worst textures for the HD image.

Other technical inconsistencies persist throughout each title, such as instances of nauseating slow-down in outdoor or detailed environments, the lack of the original’s film graining effect, the FMV cutscenes that haven’t been up-resed and the aforementioned new voice acting, for which no attempt has been made to sync it with the original lip movements. So whilst the content and gameplay may be the same, not every element of these games’ original designs have survived the transition into HD so well, with those aspects that have been tampered with suffering the most. This is made all the more disappointing when compared to the care and attention to detail with which Konami’s recently released Metal Gear Solid HD collection was treated by developers Bluepoint games (whose past successes include the God of War and Ico & Shadow of the Colossus collections). 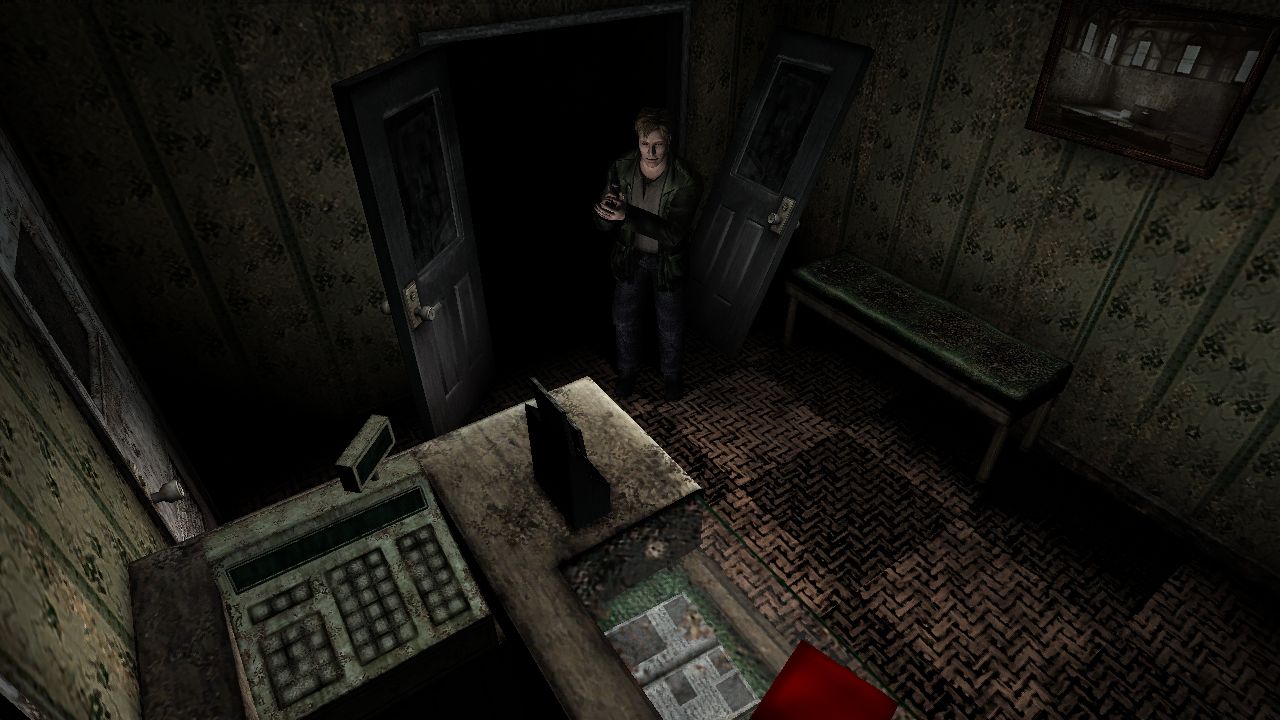 Still, most of what is here remains unchanged from the 2001/3 releases and will remind you of how unsubtle horror game design has become these days, with many series having evolved into shooters. These titles even embarrass the fear factors of their own franchise’s latest instalments, and as such it would be remiss not to recommend this collection to gamers who may have missed these originals, as they are excellent examples of the horror genre. Yet their transition into HD smacks of laziness with a number technical issues persisting throughout, and what has been changed adds little, or worse, even detracts from the original experience. Horrifying though these games may be, the treatment of the original material is equally so.

Our ratings for Silent Hill HD Collection on Xbox 360 out of 100 (Ratings FAQ)
Presentation
60
Both titles look nice and sharp in 720p, but the lack of any real re-work to accommodate this increase in resolution has left many blurry textures and even some technical aberrations in the case of the fog removal.
Gameplay
75
Control is as awkward and stiff as you remember and the puzzles as protracted and baffling. But this design leads to some of the tensest and most disturbing encounters in videogame history.
Single Player
85
Engrossing, creepy, and genuinely scary, Silent Hill 2 and 3 are great horror titles. 2 is the superior experience delving into psychological themes and fostering an atmosphere of oppressive dread that has rarely been matched since.
Multiplayer
NR
None
Performance
40
It is simply inexcusable that a PS2 title should suffer from significant frame rate issues on PS3. However, the 360 version is reportedly locked down to an even 30fps and would be therefore the superior version.
Overall
65
As gaming experiences, Silent Hill 2 and 3 are still great titles and more than worth the price of admission for newcomers. Silent Hill 2 especially is a marvelous demonstration in cultivating a truly terrifying videogame atmosphere, putting the recent series installments to shame. Yet the careless treatment with which they have been re-mastered into the HD era and the number of technical problems introduced into this re-working is as unsettling as the content itself. 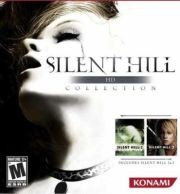