This new IP arrives in time for a Nuevo-RPG renaissance, but color and personality may not be enough for this combat-heavy title to make a splash

Kingdoms of Amalur: Reckoning has an absolutely insane pedigree. Included are Ken Rolston, lead designer behind Morrowind and Oblivion; Todd McFarlane, artist of Spawn and numerous other works; and R.A. Salvatore, writer of a number of Forgotten Realms novels and The Demon Wars Saga. With this much talent and coming out on all three major gaming platforms, reviewed here on the Xbox 360, the obvious statement would be “How could this possibly be bad?,” and the short answer is that it isn’t. The real question, however, is how good could it possibly be? 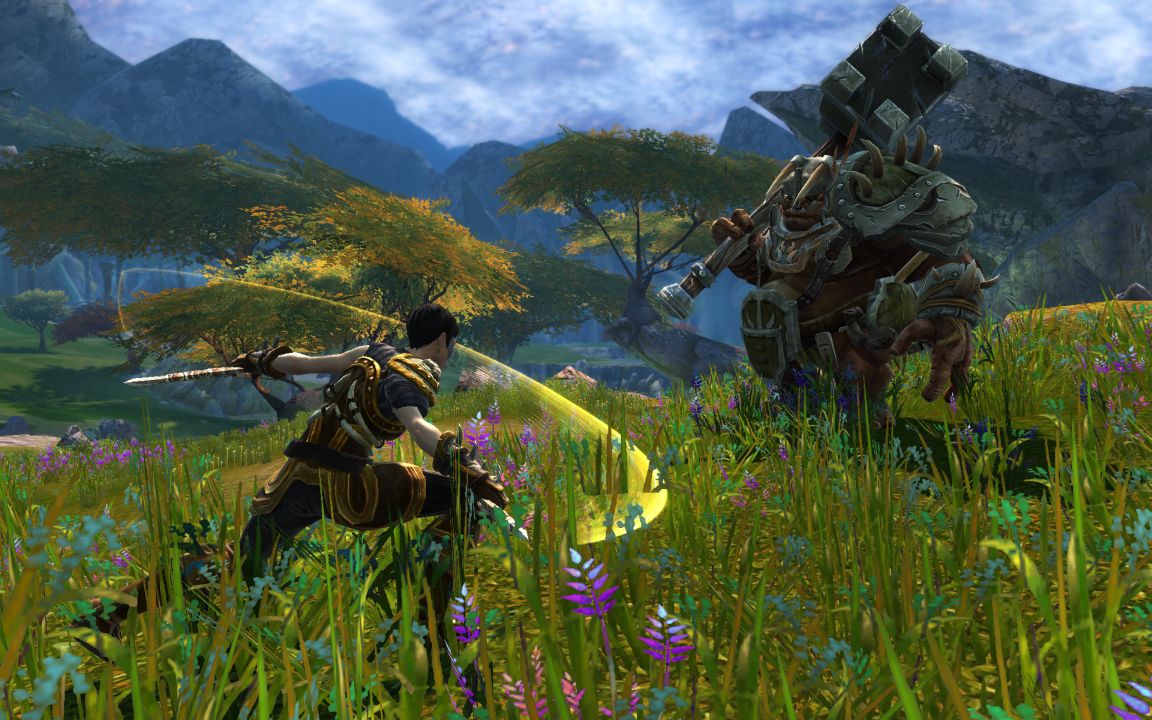 You, the player character custom insert, start off the game having kicked the bucket. Being toted by two casual, talkative gnomes into a pile of corpses, you then wake up under a mountain of people who never will. It’s in this grim, opening sequence that the usual screens come up, asking your race, color, gender, appearance and name, the usual role-playing trimmings. The ridiculous multi-slider factor of the modern character creator has been toned down sufficiently so faces never look too horrible and players never become too obsessive. That said, the choice does indefinitely come down to slim, silky female or giant, meaty, thick-armed male.

The tutorial level then opens up to the player, teaching the ways of combat, skills, weapons, and the three main class building pillars which come down to the tried-and-true standbys of combat specialist, sneaky cutthroat, or slinger of variations on lightning. After the tutorial level and an inexplicably awesome boss finisher, the world opens up.

The player then learns that he or she has literally no fate. Talking to a drunken fate-weaver, or today’s fantasy alternative for a psychic, it is told that while all the world’s citizens have a pre-determined fate, you are free to change upcoming history however you may choose. Heavy on cut-scene and dialog trees, the prose and story is solid, but never spectacular. The writing attempts to lend itself to deep characters and believable dialog, but the delivery is tortured by the game’s attempt at hurrying the player along. 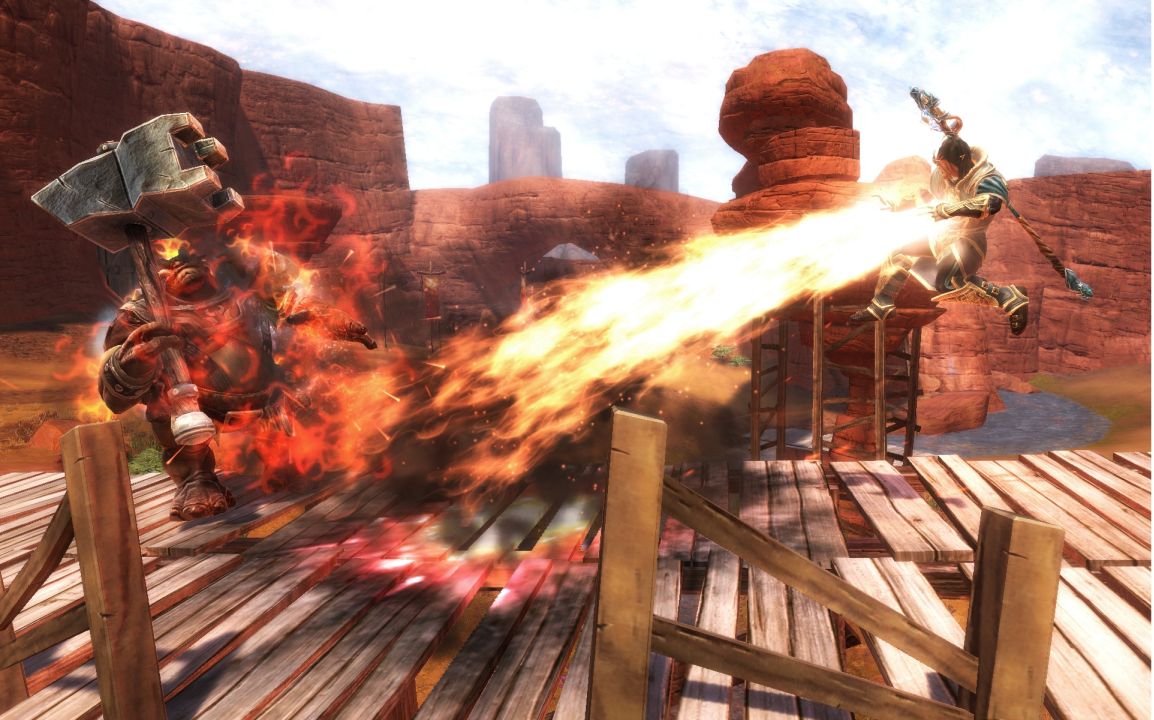 With an emphasis on unbelievably fluid combat and game flow, Amalur does a great job of avoiding overburdening amounts of downtime. Whether working through dialog trees, in combat with various monsters in and outside of dungeons, or plowing through the scenery that the giant world of Amalur has to offer, the game feels as though it’s constantly in motion.

Rather than feeling like a traditional western RPG such as Elder Scrolls, World of Warcraft, or Diablo, the combos and general speed of the action along with well implemented tactical offensive decisions and options, make the combat seem to be more akin to an action game like Devil May Cry or God of War and has the same cathartic punch as its inspirations. Skill plays a massive part in most enemy encounters and with the right timing and strategy, almost every fight becomes possible, or by contrast, a lack of player skill can make the game infinitely more difficult.

Every other aspect of the game pales in comparison to the expertly handled combat. The RPG stat building makes an appearance and presents itself as a mixed bag. Some skills feel unbalanced or unneeded while others may present themselves to be extremely helpful or even nigh-necessary to progression a little too late. However, a character re-builder allows for flexible character creation and the prevailing RPG fear of getting locked into an unfavorable build is thoroughly quenched. Some may say it’s a lazy excuse to not balance the game, but it manages to work well, considering the theme of the game being a flexible and malleable thread of fate. 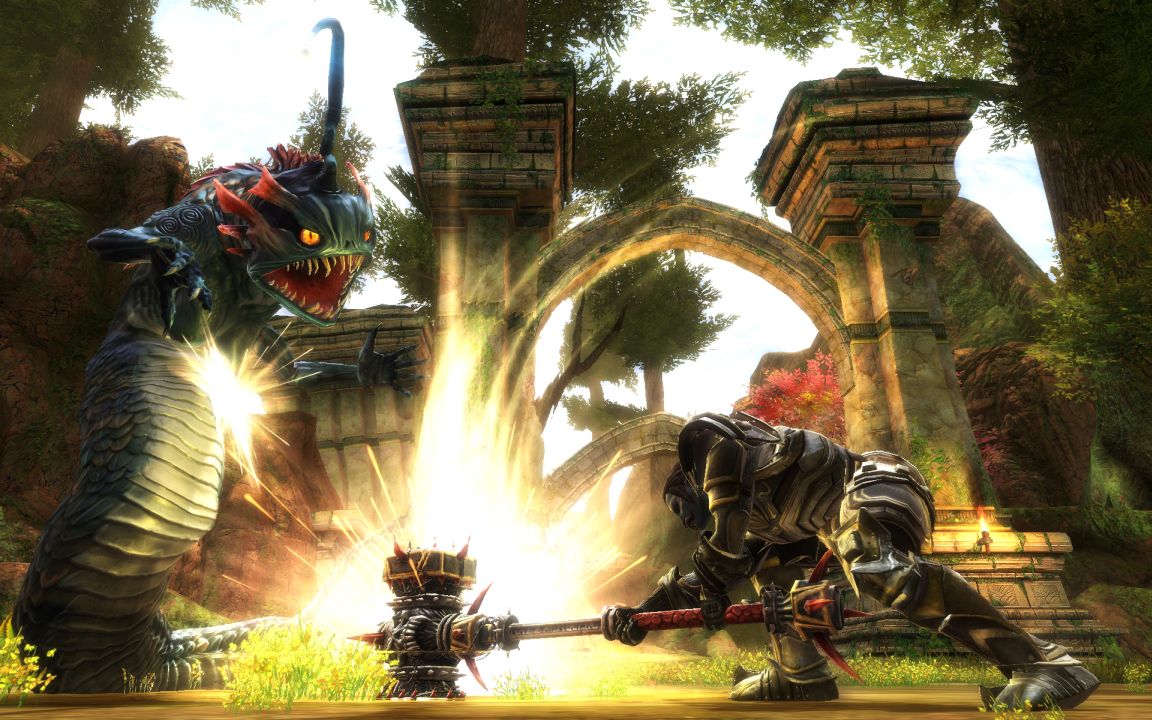 But besides, and almost in spite of, fantastic combat, solid game flow and a steady, star-studded pedigree, the game never manages to rise above a purely average experience. Its never-ceasing and smooth-as-butter game flow creates a very active vibe, but would have worked better in a game based around linear challenges or a landscape designed to scream past the character at breakneck speeds. As it stands though, cities come and go, scripted events zoom by and the usual vast and introspective feel of the Western RPG is crushed underfoot. While the game is superficially better than the average RPG, including infinite sprint, electric combat and flexible stat building, the purpose of role-playing games is defeated.

The talents of all three headlining superstars are showcased here with stunning, creative landscapes crafted by Todd McFarlane that are extremely impressive. Ken Rolston’s design prowess is here, allowing the game to never dip into broken or unbalanced territory, and R.A. Salvatore makes an honest attempt at fleshing out the world with varied races and conflicts. However, instead of becoming a case of “too many cooks in the kitchen”, the three talents are showcased, but their prowess is never married.

McFarlane’s art glitters in the presentation, but the game is often moving too fast to feel as though the character lives and breathes in this gorgeous hand-painted world. R.A. Salvatore’s writing, while impressive and visible, sadly never becomes a focal point. Plot points seem to leave the spotlight as quickly as they come to be replaced with combat and the writing is never given the attention it deserves. Lastly, Ken Rolston’s direction is competent but never outstanding. 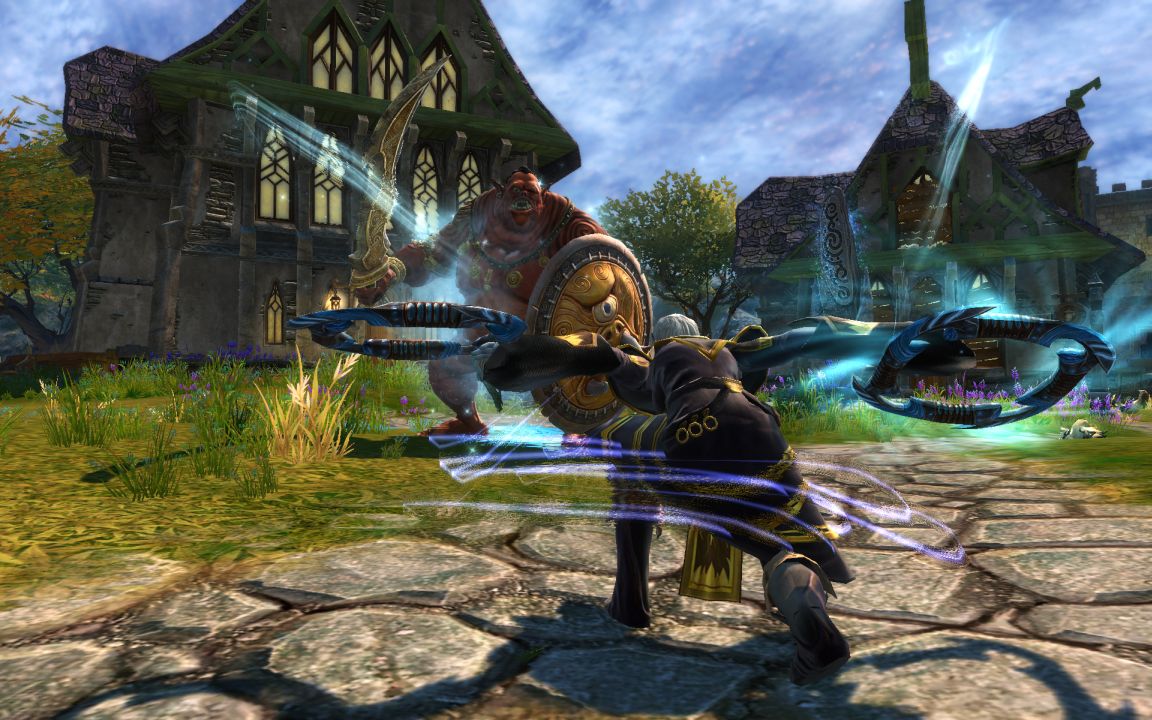 What quickly becomes apparent about Kingdoms of Amalur: Reckoning is that every aspect of the game is colorful and varied but without a direct vision or goal. What’s left is a world full of skillful, invigorating fights, varied landscapes and little else. The huge open world and abundance of side quests means the game manages to retain value and become an extremely effective time-sink, but those looking for a new and exciting experience may want to pass on this giant, luscious, ultimately mediocre world.

Our ratings for Kingdoms of Amalur: Reckoning on Xbox 360 out of 100 (Ratings FAQ)
Presentation
80
The art design is well directed and pervades every facet of the game from character models to luscious landscapes. The soundtrack is uninspired and ultimately unfitting of the game's tone and could have benefited from a more edgy, gusto approach.
Gameplay
70
Amalur gets game-flow down to a sweet science and refuses to let up for a second. The minute-to-minute gameplay, while not unique by any standard, is serviceable and even exhilarating at times. While some skills and additions feel unnecessary or vestigial, the character rebuild feature keeps this from dampening the experience as a whole.
Single Player
55
While the game has absolutely tremendous value for its asking price, the campaign remains unmemorable and generally inconsequential and it takes too long to get truly started. To compensate, side quest enthusiasts and obsessive stat builders will be kept busy for a long time to come.
Multiplayer
NR
None
Performance
90
While one may catch a glimpse of texture issues or clipping errors on the odd occasion, these would be slight incidents and are never ever frequent enough to drag the experience down.
Overall
72
It would be an injustice to call Kingdoms of Amalur: Reckoning a rip-off or another half-considered hat thrown into the RPG ring. However in the end, while never being bad, Amalur provides a wholly average experience. The fast-paced, frenetic combat is solid, but is inevitably unable to carry the game's massive aspirations.