One of the best roleplaying games of all time

Over five years ago, The Elder Scrolls IV: Oblivion was released for PC, Playstation 3, and perhaps most importantly Xbox 360. For Bethesda, its timing was impeccable. Prior to Oblivion, the Elder Scrolls series was an extremely well-respected but somewhat niche PC franchise. After its release in 2006, at a time when the Xbox 360 was starved for good titles, the series was finally able to break its way into the main stream, and millions of new players entered the mystical world of Tamriel. The Elder Scrolls V: Skyrim fills these large footsteps readily and positively advances and extends the Elder Scrolls franchise in a big way. Simply put, this is the best Elder Scrolls game to date and one of the best games this generation. Here’s why. 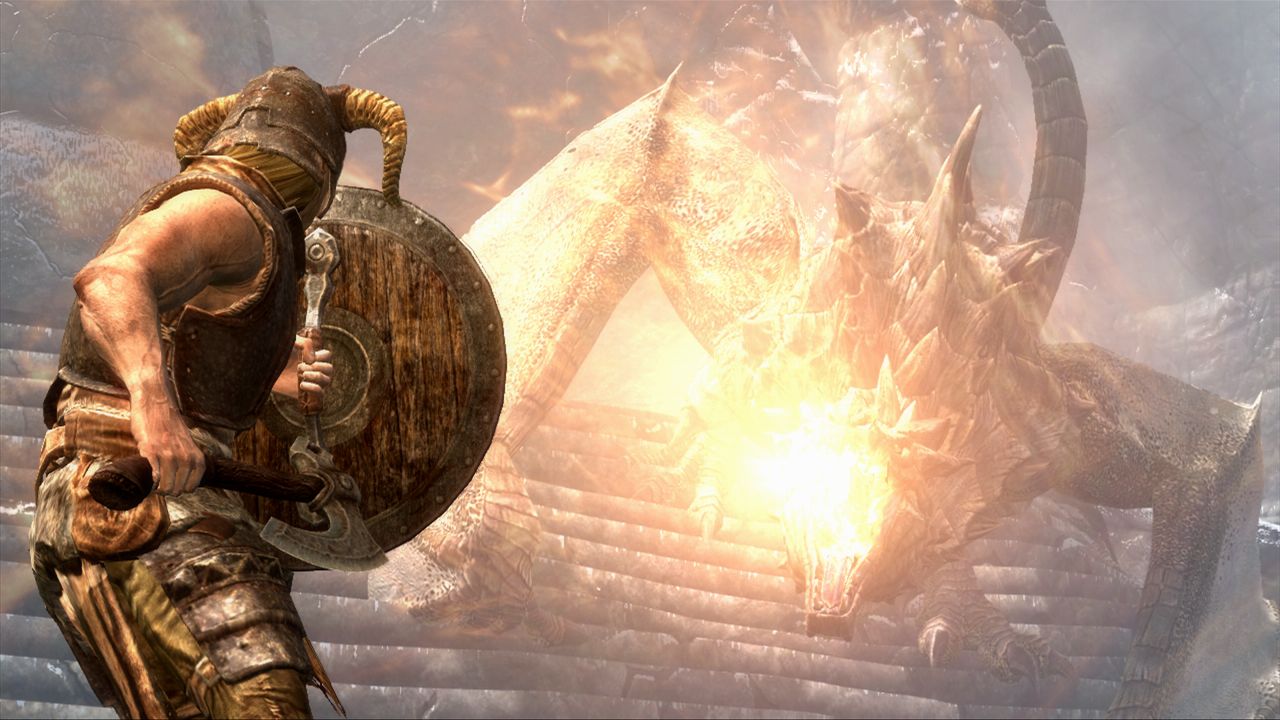 Like all good Elder Scrolls games, you begin your journey through Skyrim with your character hitting rock bottom. In this case, that means nearly being executed for being a suspected rebel arrested while crossing the border into Skyrim. Thankfully, you are not executed (spoiler alert!) but are saved at the last minute by a sudden dragon attack, the first any resident of Skyrim has seen in hundreds, if not thousands, of years. After a short and exciting tutorial mission, you are set loose upon the massive and entirely open game world. You can move forward with the game’s primary quest discovering more about your Dragonborn heritage and what it means for the ever growing dragon menace, pick a side and fight the good fight in the nation’s morally-gray civil war, or simply load up with a weapon or two, pick a direction to walk in, and see what you can find.

The realm of Skyrim is a strikingly beautiful one. Long mountain ranges jut up from the horizon in all directions leading to stunning, fog-lined vistas, cities carved directly out of the side of mountains, and dank, roughly-hewn dungeons spidering their way far underground. Dwemer ruins make their fortunate return and lead to some of the game’s most visually impressive and culturally interesting locations in the game. Bethesda finally decided to do away with the extremely aged Gamebryo engine that brought us Oblivion, Fallout 3, and even Fallout: New Vegas. While it was, in some respects, even looking a big haggard at the time of Oblivion’s release, it wasn’t 100% known prior to Skyrim’s announcement whether or not they would finally make the jump to a new engine. Thankfully for us, Bethesda put in the time and money on a new engine that is absolutely breathtaking. Character animations are better than ever, landscapes retain a massive amount of detail regardless of your distance from them, and individual items are extremely detailed and crisp looking. Certain levels of texture pop-in do occur off and on, at least while playing on the Xbox 360, but not nearly as badly as many other triple-A titles we have seen this year. 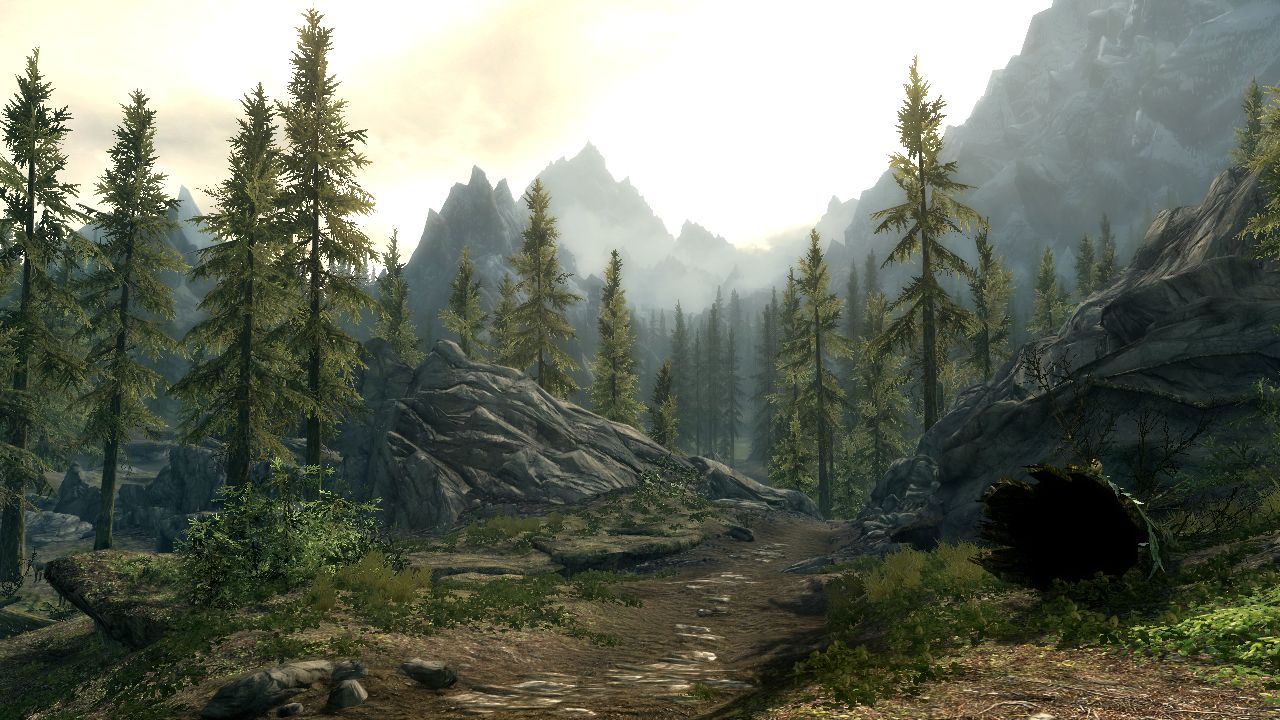 The game’s UI has been entirely re-designed for the better. Gone is the extremely clunky crossbar and sub-menu laden interface of Oblivion that did not feel all that good on either the consoles or the PC. In its place is a four-pronged quick draw menu that allows you to easily pull up your inventory, your magic, your stats, and the game map. From there, it is a number of menus moving from left to right that can be easily retreated from and entered by flicking left and right on the analog stick respectively. While I have not had time to play with this UI on the PC version of the game, I imagine it may feel a bit clunky as it seems like it was designed entirely around the use of an analog stick or D-pad.

Two of Oblivion’s weakest aspects, the leveling system and the combat, have either been revamped almost entirely or greatly improved upon. Traditional player stats have been done away with and replaced with a simple boost in either magicka, health, or stamina each level followed by the ability to choose a perk unlocked along a number of skill trees, one for each of the player skills retained from the previous games. While the traditional RPG player in me cringed at hearing this initially, it works out to be a much better character creation system than before. Every single level and every single perk unlock feels like a tangible advantage you have given your character. It is much easier to see how you have improved in concrete gameplay terms rather than simply dumping a number of points into your primary stats and hoping you will see higher damage, defense, etc. because of it. 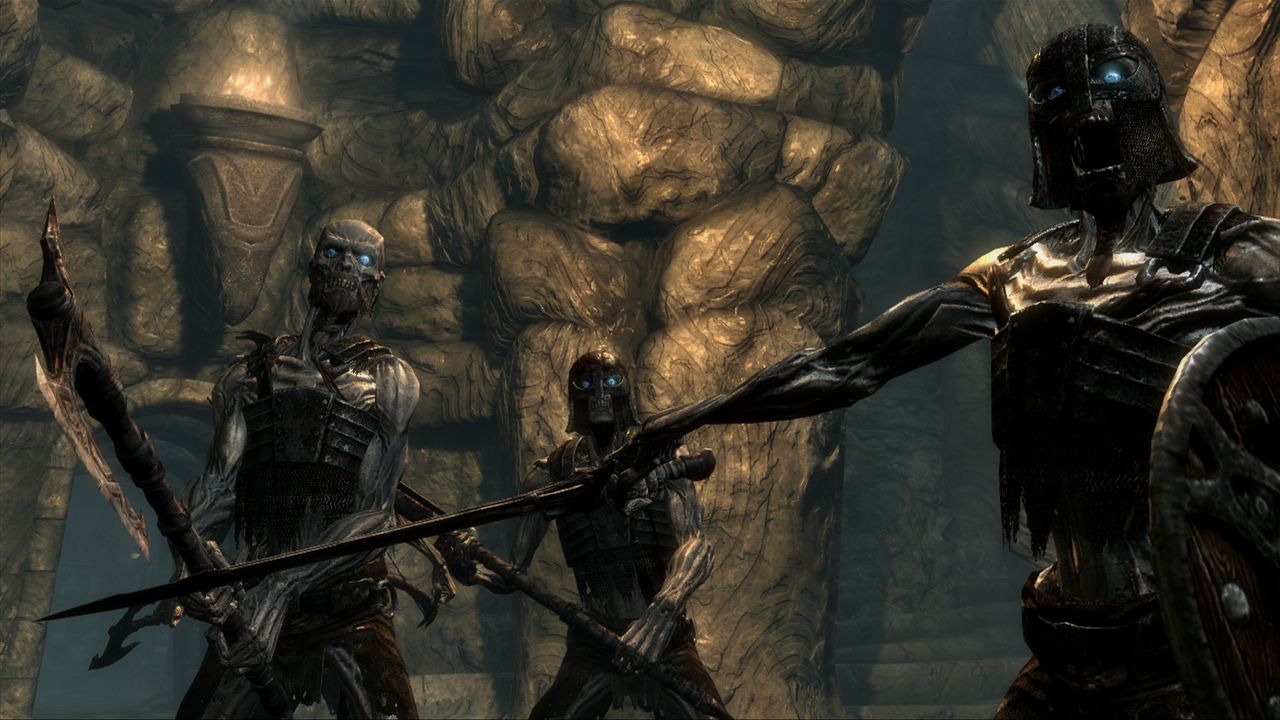 Combat is perhaps the weakest part of Skyrim (and the Elder Scrolls series at large), but it has seen improvements since Oblivion. The systems retains the basic mechanics of moving in a direction and hitting or holding the attack button to differentiate between normal and power attacks along with the attack’s direction. The ability to dual-wield is obviously the most apparent change, and it really does give the overall feel of combat a much better sense of variety fitting of the game’s overall openness. One-handed weapons and shield gameplay works considerably better than before and really feels like you are actively deciding when to block enemy attacks and when you are failing to do so, rather than the die-roll bases shield mechanic found in previous entries like Morrowind. Archery and magic have both been made much more viable through the inclusion of new perks and a better flow of combat overall. The new character perk system allows for archery to finally become as deadly as it would be in the real world. Dual-wielding allows mages to utilize a variety of spell combinations or even focus on one school of magic and dual-wield the same spell for maximum damage focusing.

Within the first hour or two of play, I found Skyrim’s simplified UI and character system slipping into the background and myself being entirely pulled into the game world, its well-written story, and its wide array of interesting (and mostly well voice acted) characters. I was 40 hours in before finishing the game’s primary quest line which thankfully, ended exactly like every quest line should in a Bethesda RPG: without credits and a formal ending. Instead, it you get a fitting conclusion that spits you back into the game world to continue your adventures. You won’t have to go back and re-load your last save, forever leaving the game’s primary villain alive just so you can see more of the game’s content. Even after 40 hours of play and finishing the game’s main quest, I am still feeling a bit overwhelmed with content, having only truly explored one of the Skyrim’s nine capital cities and a majority of the civil war quest line waiting to be completed. I can easily see breaking 100 hours of game time and expect the total number to be much closer to 150-200 hours if you are looking to see absolutely everything the game has to offer. 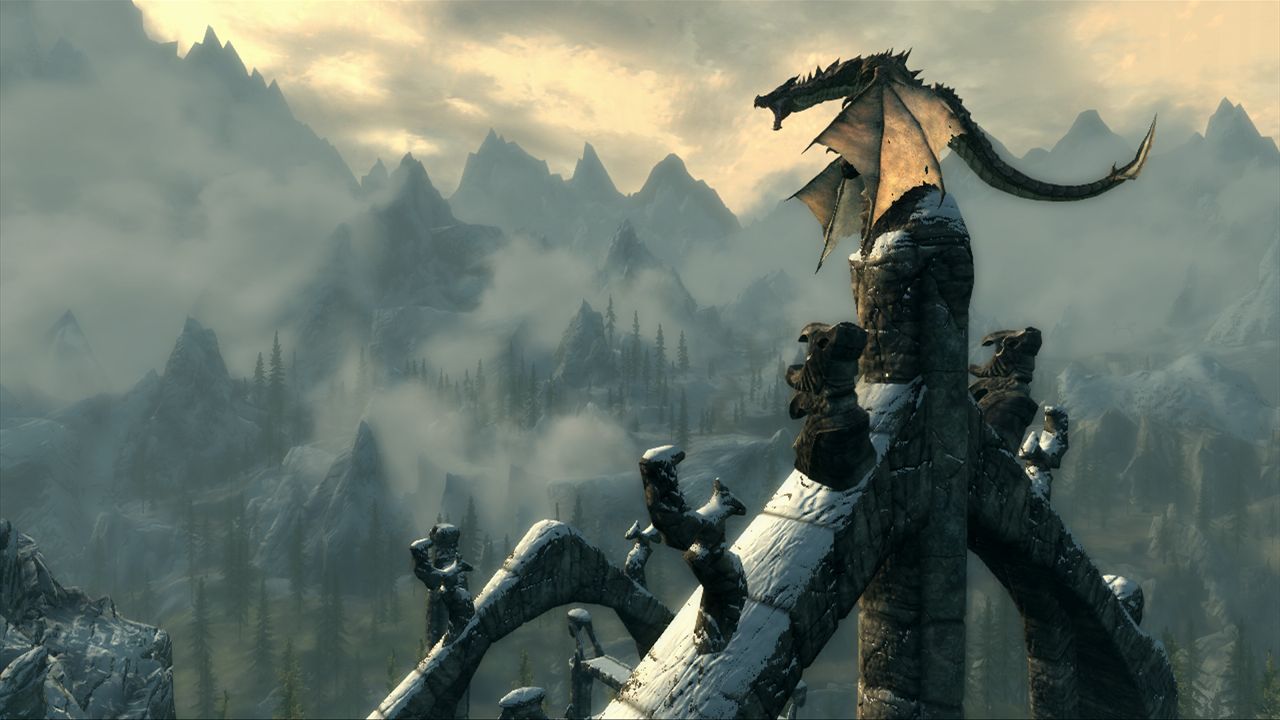 The Elder Scrolls V: Skyrim is a breathtaking game overall. It’s expansive “do-anything, be-anyone” play style is done here better than ever before. Bethesda appears to have learned from many of their past missteps and may have learned even more during their time working on Fallout 3. The main quest line is lengthy, varied, and most importantly, extremely enthralling. You’ll have a hard time believing that this story is brought to you from the same developer that sent you marching through a seemingly endless number of identical Oblivion gates in the series’ previous entry. It ends exactly how an Elder Scrolls game should, keeping you in the world rather than pulling you to a cold credit screen and forcing you to load your last save. Graphical glitches and technical issues still waiting to be hammered out by the patching process are easily overlooked when every other aspect of the game is just so incredibly absorbing.

Our ratings for Elder Scrolls V: Skyrim on Xbox 360 out of 100 (Ratings FAQ)
Presentation
96
A beautiful new graphic engines and entirely re-designed UI are both massive improvements over the aging visuals of Oblivion and Fallout 3.
Gameplay
90
Revamped combat and archery are better than ever but they still leave something to be desired overall.
Single Player
98
Hundreds of hours of compelling content, a better primary plot, and a rich world create one of the best singleplayer experiences ever.
Multiplayer
NR
None
Performance
85
Runs better at launch than most Bethesda titles but be prepared to encounter a few problems.
Overall
96
The realm of Skyrim is a beautiful and endlessly enticing one. If you enjoy great video game experiences, then you absolutely should not miss Skyrim.