My experience with the Assassin's Creed games have all been Toronto based, for some reason I always chose to buy the game while in Canada, so covering the event that would launch the latest game in the franchise, but also bring a chapter to a close, seemed fitting.
Despite the best efforts of Toronto traffic and the elements, I managed to arrive in the centre on time. With my destination programmed into my phone, I hurriedly made my way to the Berkeley Centre, a building that had once been a church but now served as the location for the Assassin's Creed Revelations launch party. Having milled through the streets, half expecting to break into a bout of free-running and populace shoving I arrived in one piece, if a little wet.
Upon signing in we were taken into the media room where a Turkish food spread had been set up, displaying various foodstuffs from the latest game setting, the city of Constantinople. A few minutes passed with the various people sampling foods, (something inherent in a few journalists to avoid  exotic looking food) until we were escorted next door to have our chance to be "immortalised" as Ubisoft's photographer put it, behind an Assassin's Creed backdrop. 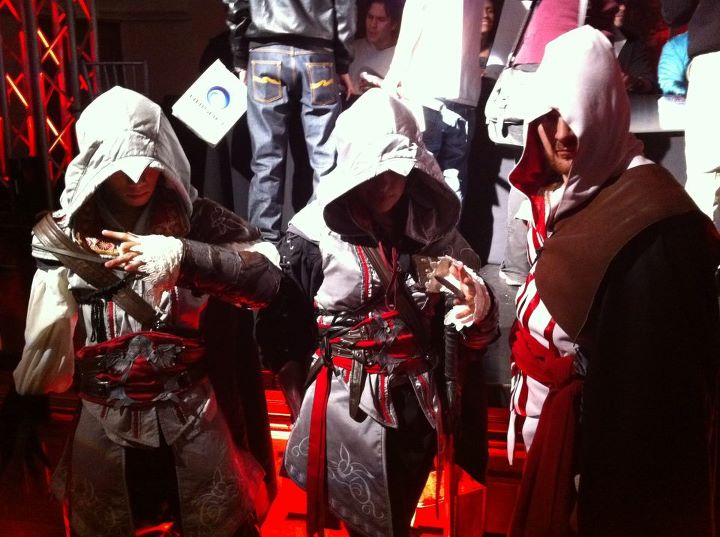 After striking my best pose, we entered the heart of the church, the surroundings mirroring the Templar missions from the previous games. With a projector displaying a trailer for the game, as well as several units set up to showcase multiplayer we had enough to keep ourselves busy until Darby McDevitt (Lead Writer) took to the stage to run us through one of the game's missions.
This mission, around chapter 4, where Ezio first runs into the Ottoman Empire started with our hero engaging in some free running to meet up with one of the Brotherhood. The man revealed to us that a prince was hosting a party but had some assassin's after him.
As we traversed the city, making use of the new zip wire feature, we really had the chance to see the level of detail and accuracy that had gone into creating 16th century Constantinople, a locale that deftly managed to create a beautiful landscape without interfering with the game mechanics.
Darby explained that the next portion of the mission was inspired by the fandom surrounding the AC games, recounting "the fandom hated minstrels... we wanted something with them in", just before leaping from a roof and punching several of the music men unconscious.
Ezio and friends infiltrated the party, charming guests with his (surprisingly good) vocal abilities while NPC's crept up behind and dragged the assassin's off, a particular highlight throwing one of the mooks into a well while a crowd stood around oblivious. 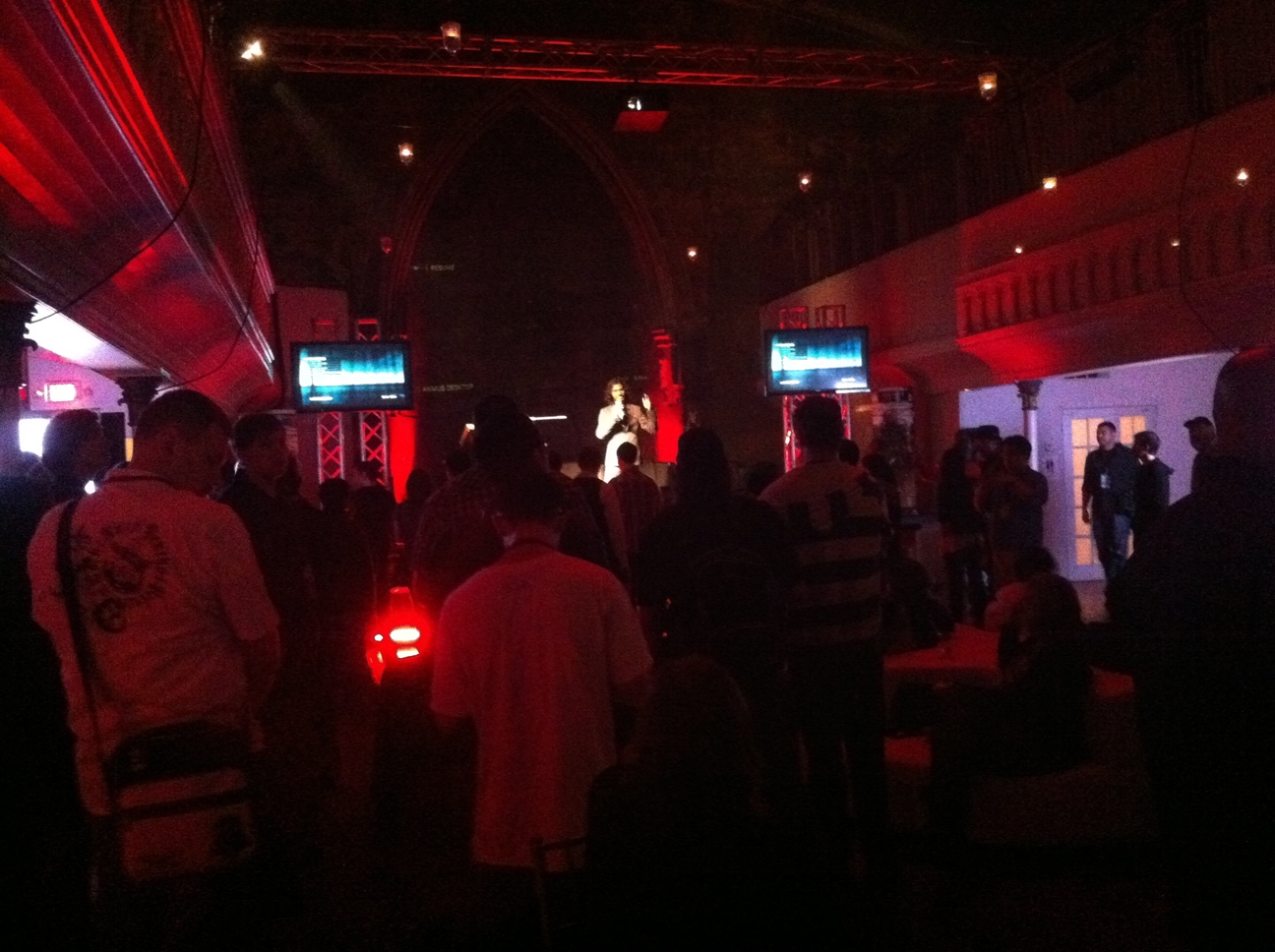 After disposing of several bad guys all hell broke loose, the assassin's targeting the prince, leading Ezio to break his Lute in half and leap onto one of them, stabbing the man in the neck in a flashy display the crowd cheered at.
With the demo over Darby was joined on the stage by Raphael Lacoste (Graphic Art Director) and Andreane Meunier (Producer - Multiplayer).
A large part of the Assassin's Creed games have been taking locations that only survive in maps and art and transforming them into tangible cities, Raphael saying that to create locations they had been lucky enough to have access to actual maps from the 16th century. However, he also stressed the importance of not wanting to become "constrained" by the maps, commenting, "We took out some of the houses... and modified architecture to make it more accessible."
123Next