To add a unique element to the gunplay, the Underworld contains a darkness power. Sometimes, depending on the level or during a boss fight, the whole area becomes overwhelmed and Garcia enters the darkness. In this alternate reality of sorts, the player’s tolerance meter quickly drains and soon life becomes to slip away as well. To escape, the players are often forced to light up a goat’s head (you read that correctly) or to return to a safe area. Enemies are actually invincible while in the darkness, so it’s an often hectic and challenging environment to traverse, and adds variety to the game.
Outside of combat, Garcia often encounters puzzles that are often fairly simple. They range from finding the correct key for a door to navigating your way through a maze. There are many situations where the darkness is used to provide unique qualities to the environment that add a new element to the puzzle. Overall level progression is rather linear; though there are often small divergent paths which contain an extra upgrade gem or health and ammo. 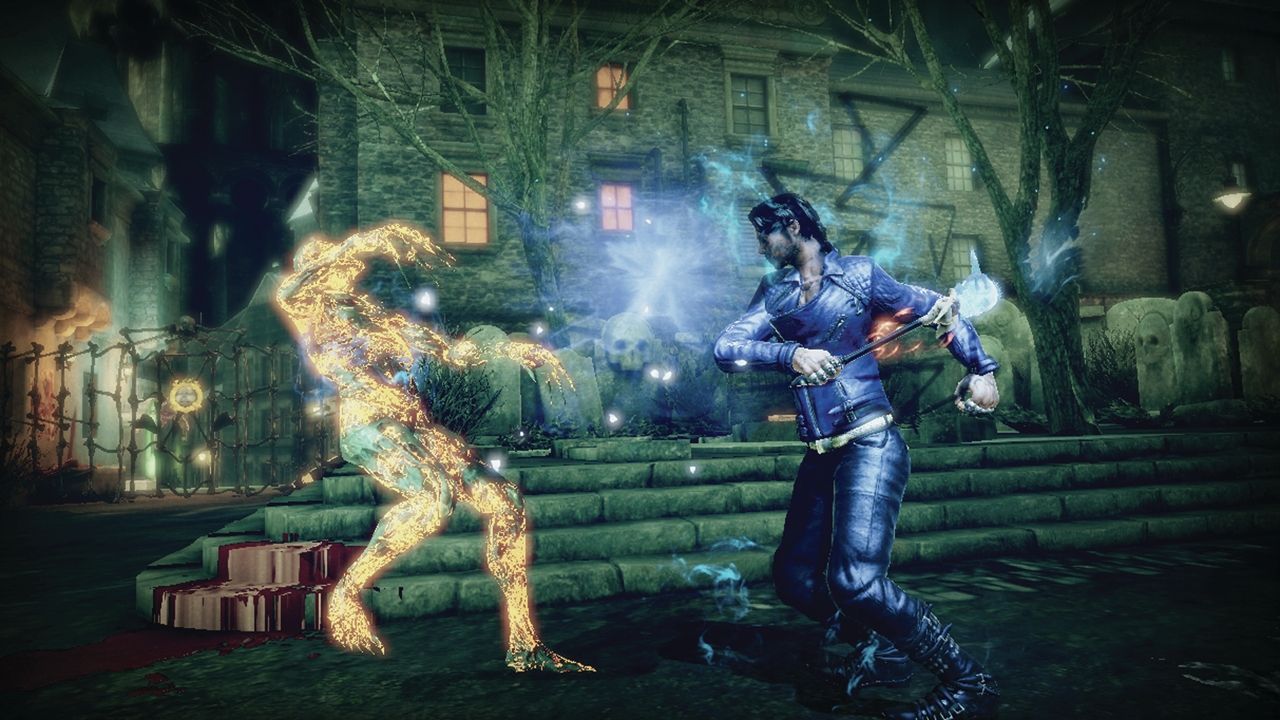 Probably the biggest draw of Shadows of the Damned is its presentation. Not the technical visuals - it runs on the Unreal engine that often shows its age. Nor is the architecture or environments varied, as the game is rather bleak and there isn’t enough difference between the levels. What will be the most memorable about the game is its setting – the Underworld is both disturbing and intriguing, with ample atmosphere and solid ambient soundtrack. The doors are locked with odd baby faces (yes, you read that correctly too), rivers flow full of blo0d, and enemies are often grotesquely designed.
In a sharp contrast to the setting is the often hilarious dialogue. To be fair, this is a script that’s ridden with below the belt jokes and so many clichés that some may find it cringe worthy. However, the dialogue and voice actors seem so aware of how odd and silly some of this stuff is, that it actually comes across as self-parody that works. Like a poorly translated Japanese game that was actually re-written in an attempt to be sophisticated, Shadows of the Damned succeeds at pulling off some great one liners and slapstick comedy – all at its own expense. However it’s fair to say that many gamers may disagree or miss the point altogether, and they will find most of the script to be far from enjoyable. 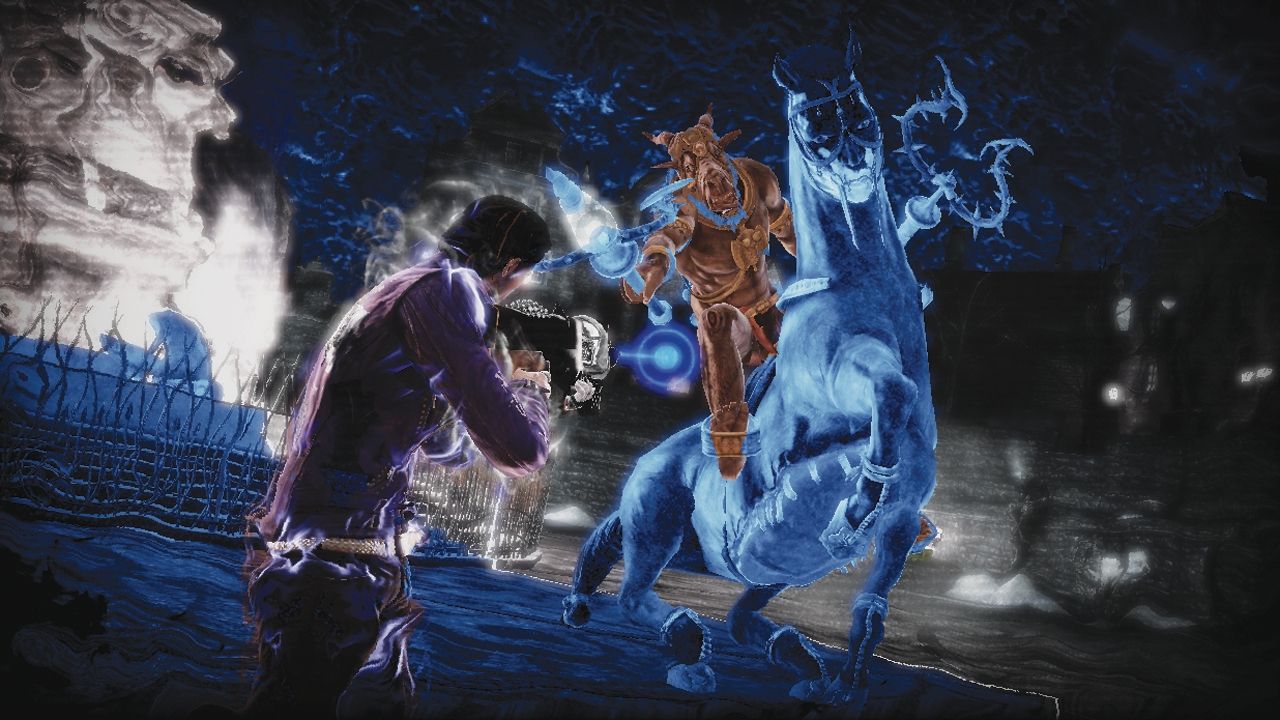 Shadows of the Damned is a worthwhile title for a certain type of gamer. It’s a new IP which manages to come up with enough appeal to warrant a look. The visuals are a bit sub-par, but the so-bad-its-good dialogue combined with the odd plot and Underworld setting nearly steals the show. If all of this is enough, then by all means give the game a try. Be aware that the actual gameplay is nothing groundbreaking, and some concepts could have been executed better. A unique experience that will be a hit with some, but an afterthought for others.
Prev12
Our ratings for Shadows of the Damned on Xbox 360 out of 100 (Ratings FAQ)
Presentation
77
A disturbing world is contrasted by flimsy dialogue. Some players may not appreciate the jokes, given the setting. The game's visuals are dated and sound design is rather basic.
Gameplay
72
A by the books third person shooter with few unique ideas. The dark areas provide a dynamic aspect, but only when the game calls of it.
Single Player
80
The story is decently lengthy and straightforward. The dynamic between lead characters is often amusing.
Multiplayer
NR
None
Performance
75
The game runs on an older Unreal engine, so aside from some poor textures and streaming issues, there are no problems.
Overall
74
Simply weird at times, Shadows of the Damned is a decent distraction from the everyday high-profile shooters, that tries to do something different and at least succeeds in that regard. 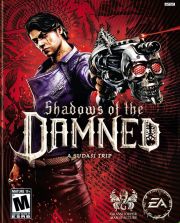