Superb water effects not matched by the basic gameplay

Hydrophobia: Prophecy is an interesting third person action game that has truly fantastic water effects. Water has real volume and behaves realistically aboard the “Queen of the World”. The Queen is a large vessel that is unfortunately the target of terrorist Malthusians. The Malthusians want people to die and credit must be given for asking such a straightforward request. You play as Kate, a ship engineer who battles her way through enemies aboard the flooded vessel. Kate is a likeable protagonist and her friend Scoot will aid you carefully. The game includes basic shooting, simple puzzles and lots of swimming, paddling, wading, diving and drowning. Hydrophobia probably has the best water physics in any game to date. 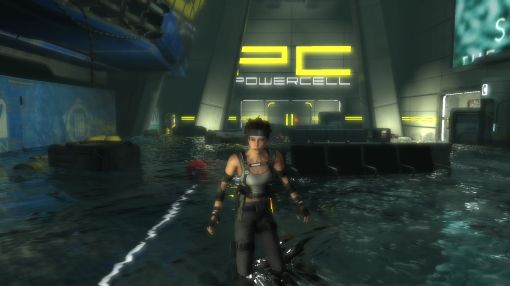 Water water everywhere so let's all have a drink

Water is so wonderful in Hydrophobia that it becomes a character in its own right. It’s exhilarating to open a door and have an unexpected wave of water knock you back. When waves cascade back and forth in rooms and corridors they create surges that can move objects about. Weapon fire and explosions create movement on the surface that propagates waves outward. Glass walls can be broken which in turn sends a wall of water into other areas. Kate even feels resistance when the water gets to a certain height. Not to mention the times when you’ll be swimming through corridors and stairwells after the water rises significantly. Air pockets allow Kate to take refuge before resuming her underwater journey.
There aren’t many good puzzles in Hydrophobia. You might need to shoot a hanging wire to remove an electric charge from the water surface. You can use your portable ‘MAVI’ device to remotely open doors and let water extinguish flames. This device will also help you locate hidden door ciphers on walls and gain access to security cameras. There are only two buoyancy puzzles in the whole game but the second is merely a carbon copy of the first. Most of the time Kate just follows a waypoint to hack a console or exit a room. In a world of such great physics more should have been done to exploit the brilliant creation. Instead of good puzzles the game includes lacklustre third person shooting.
When not swimming for your life, you will be shooting some unfriendly Malthusians. The AI is basic at best and the animation systems for the humans are robot like. The game builds in cover mechanics but sometimes pressing ‘c’ to get into cover doesn’t even work. There is only one weapon but you get access to several different types of ammunition. Unlimited sonic rounds can push objects or, with enough charge, blow them up. Standard bullets, electrified charges and explosive gel are other types of ammo but they don’t feel varied enough. You can engage in underwater fire fights and neatly grab floating debris for cover. A few camera quirks can be distracting in and out of combat. 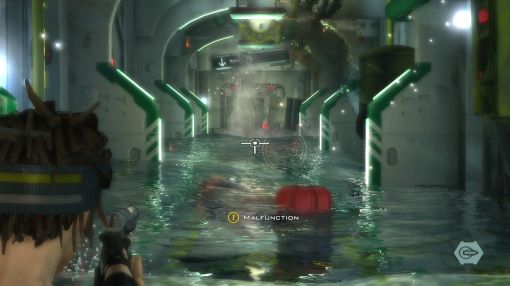 Water malfunction is not good

The camera becomes a little problematic when in water. Some sections have large waves that automatically transition Kate from swimming to wading and from walking to drowning. When in a high volume of water, your best bet is to take the battle underwater where the camera won’t be jolted by waves on the surface. Sadly even underwater the camera can get twisted around itself when close to objects. A few times the camera completely froze, requiring me to patiently wait for my demise.
12Next 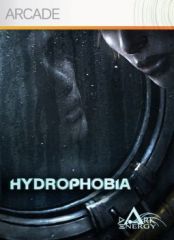