Fighting games are one of those genres that I’m not necessarily dedicated to but like to have one or two titles around for whenever the mood takes me. I’m not always terribly proficient at playing them, and what skill I do have with them is a result due primarily to my gaming ability across all genres. I bring all this up mainly to illustrate the representation of myself as a generally skilled gamer but not necessarily a hard-core fighting game fan, which I emphasize in order to give weight to my opinion that the new Mortal Kombat game is very potentially accessible to all gamers regardless of their skill in playing fighting games. Now, if you absolutely hate fighting games, then it is doubtful the new Mortal Kombat will sway you otherwise, but most other gamers will likely find something to enjoy about this game. 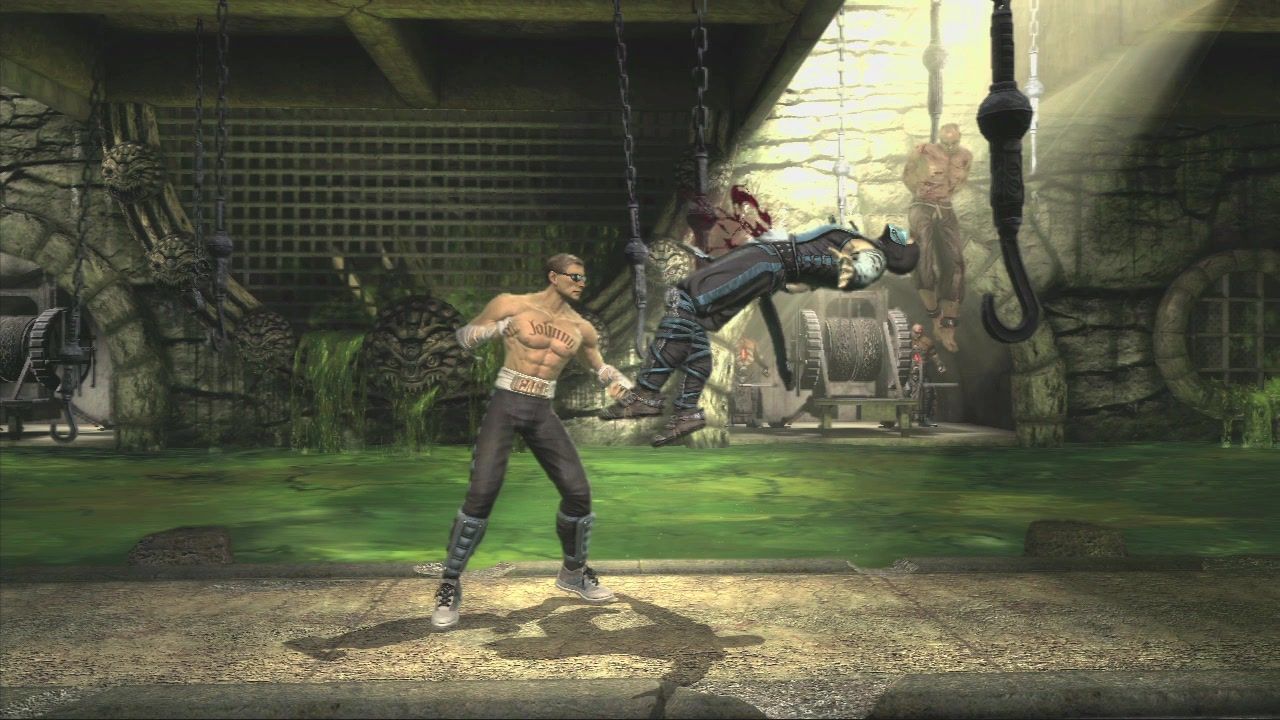 Starting with the visuals, this game is a beautiful, (if a bit macabre and sadistic), example of current-generation graphics technology. Making full use of the Unreal Engine, the Mortal Kombat tournament is presented in all its bloody glory with impressive and cringe-inducing physical damage to the beaten bodies of the fighters as they engage in combat with one another. Even the backdrops and stages look amazing, though most notable among the visuals are of course the gruesome fatalities and also the bone-shattering effects presented in the new X-ray special moves.

Sound design is well-done as well, though unsurprisingly the visuals mostly steal the show. Still, all the images of breaking bones and beaten and bloodied bodies wouldn’t have the same effect without the accompanying sound effects. Also of note are the voice-overs, on key and very well done, and also the music, which is good, just not particularly noticeable, by which I mean that it doesn’t unnecessarily call attention to itself, overall a compliment.

Now, to get to the heart of the matter, (not too difficult for some of the characters in this game, I’m sure), how does the game stand-up on the merits of its gameplay? I’m pleased to state two very favorable observations in regards to this. In the first place, the game returns very definitively to the original formula of the series, presented in the traditional side-scrolling style of fighting, while at the same time offering some very nice additions such as the X-ray special moves. Secondly, the game offers newcomers to the series, and to fighting games in general, an accessibility not often found within this genre, providing among other things a well-presented tutorial mode, and controls that are, while not completely perfect, don’t require quite the precision usually expected from the player in such games. 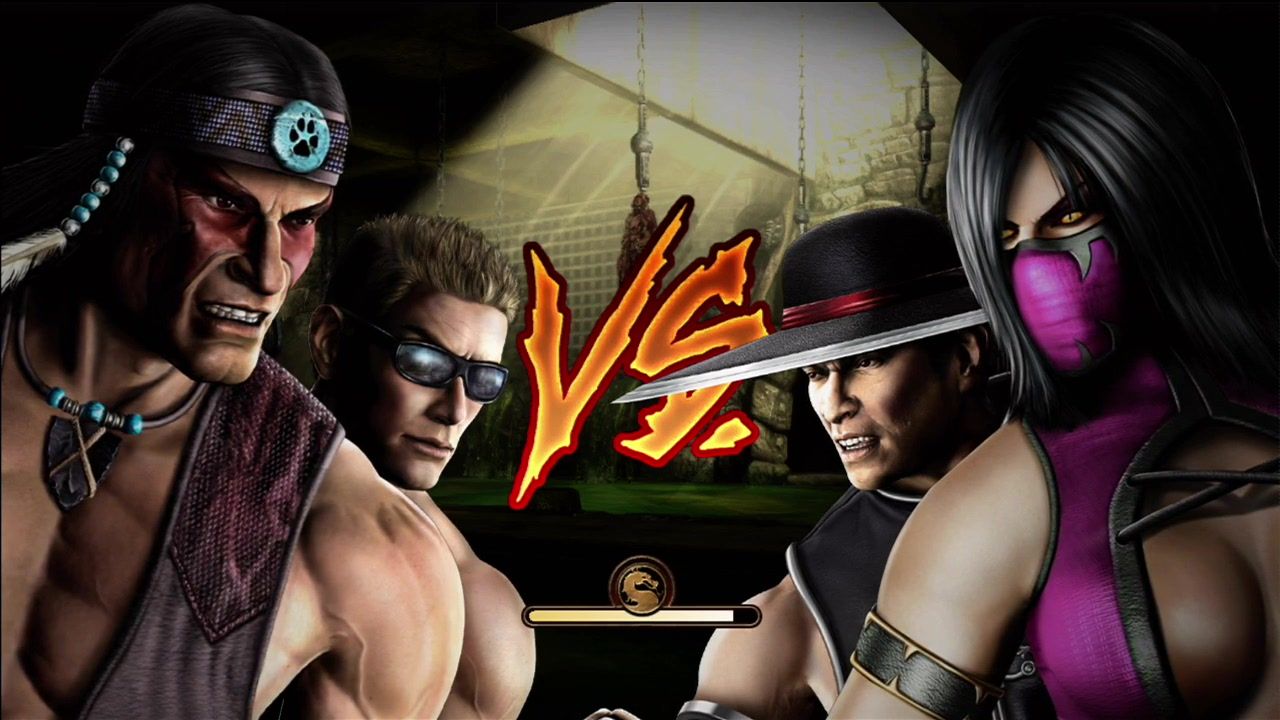 Moving on past the basic gameplay, there is also a lot of variety of options to be had where the various game modes are concerned. To start with, you do have your basic arcade mode, climbing up the ladder of the tournament as you defeat one opponent after another, but this time you also have the option to create a tag team of two combatants, a team you can either play all by yourself, or with a second player controlling the other character, switching out at will whenever you feel the need to, and also utilizing the other character for special tag team only moves and combo attacks. Also there is the challenge tower, tasking you with fights that require specific objective to be met before proceeding to the next level of the tower.

Story mode is a significant and entertaining mode, and the best story mode that I’ve ever seen in a fighting game, utilizing a full assortment of characters as you proceed through the tournament and beyond, trying to save Earth Realm from total destruction at the hands of Shao Kahn. What’s amazing is how seamlessly the game transitions between pre-rendered cut-scenes to in-game fights, without any kind of loading screen to be seen whatsoever. Also, that the game sort of forces you to play almost all of the available characters in the game means you get a fair sample of what each character is capable of, which helps to sort of break you out of your comfort zone or any preference you may have for a particular character.

The game features both local and online multiplayer, and the leniency that the game offers as far as the precision of inputting commands, as well as the utilization of the powerful X-ray moves means that even those new to fighting games or not normally very proficient with most other fighting games could potentially stand a chance in the online arenas found here. However, such accomplishments won’t likely come without practice, and it is certainly advisable to try to more intimately learn the moves of at least a few of your favorite characters, as online there is no looking up your moves list in the middle of battle. Still, that there is potentially hope that those other than hard-core fighting fans might stand a chance online is a further testament to the accessibility that Mortal Kombat possesses over most other fighting games. 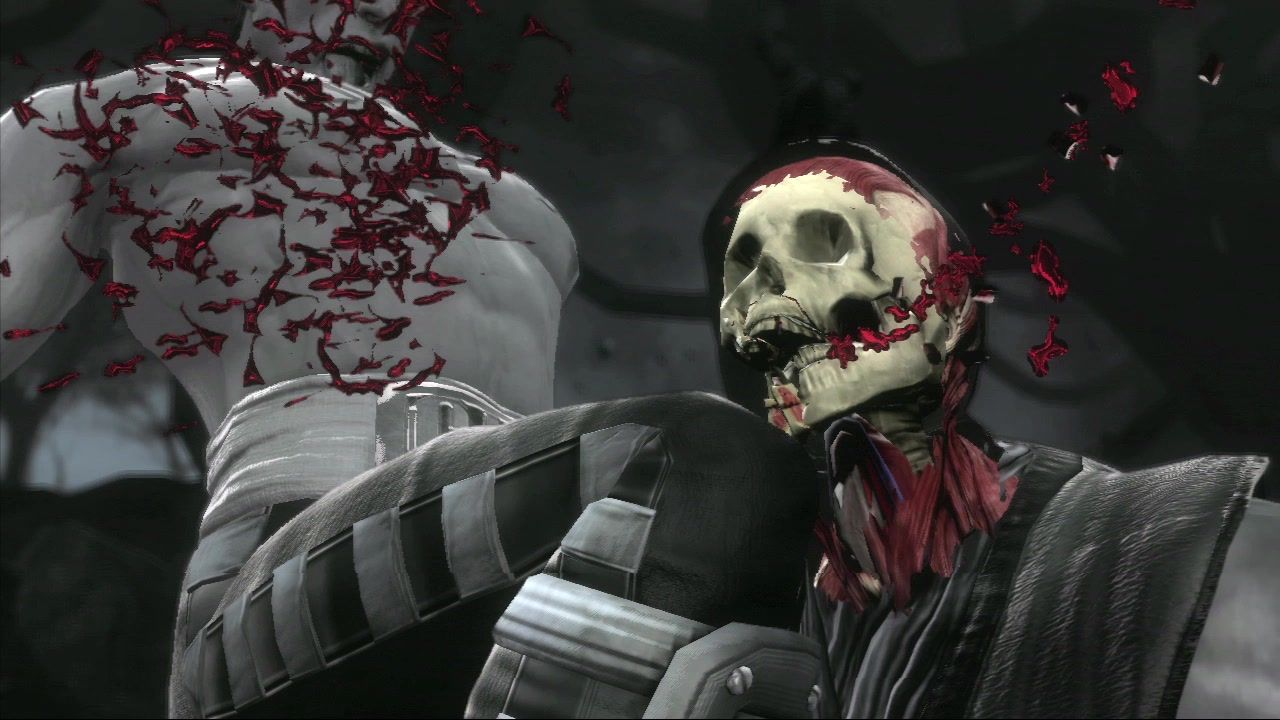 In spite of all the high praise I’ve given the game so far, I’m afraid there are a few complaints that can be made about the game, even if they’re overall fairly minor. The main problem I find deals with the controls, which, though overall seeming much more lenient than other fighting games, still have those moments requiring some accurate precision on the part of the player. This is complicated, in terms of the Xbox 360 version, with the design of the controller itself not always lending itself to the player inherently accurately pressing the required direction on the control stick to pull off the intended attack. This fortunately can be compensated with practice and the player becoming more aware, essentially, of the direction they are actually moving the control stick in, and at any rate this is a complaint that extends beyond Mortal Kombat’s control scheme to other games in the genre as well.

A few problems arise also in regards to multiplayer, though again these are for the most part minor and not inherently the fault of the game itself. The first is just the wait time that occurs when waiting to find an opponent for an online match, an issue somewhat to be expected with any online game, but it’s still annoying. Secondly, and in a way more annoyingly, is occasional lagging during online matches, overall a fairly rare and infrequent occurrence, but it does occasionally happen, and any lag on a game such as this can make things much more difficult than they normally are.

Overall, this game has exceeded my expectation and was a pleasant surprise. It truly does feel as if this entry to the series comes right after the original classic Mortal Kombat games, keeping the formula that made the series great in the first place, and adding in new enhancements to both graphics and gameplay, and a variety of gameplay modes that will keep you playing for hours. A must have for any fan of the Mortal Kombat series and fighting games, and certainly worth looking into for all gamers out there.

Our ratings for Mortal Kombat on Xbox 360 out of 100 (Ratings FAQ)
Presentation
90
The development team stretches the graphical rendering power of the Unreal Engine to its limits, offering an amazing level of brutal detail.
Gameplay
88
Classically inspired side-scrolling fights enhanced by new special moves and abilities, as well as an ease of accessibility not normally found in most other fighting games.
Single Player
85
A very well-presented and well-crafted story mode, along with a variety of other fun challenges and modes to keep you playing for hours.
Multiplayer
87
Local and online combat is a blast, especially enhanced by the ability to tag team with a friend.
Performance
84
Overall the game runs very smooth, though there is the occasional lag during online multiplayer, and some precision with the control stick is required for accurately pulling off some moves.
Overall
85
An excellent fighting game, and even more so, just a simply excellent game as far as design, graphics, and playability makes Mortal Kombat a bloody good time.