Clever AI and grandiose open levels allow you to play at your own pace. The outstanding experience is marred by AI bugs and poorer scripted levels.

Crysis 2 is an energetic shooter and a worthy sequel to the original PC exclusive. The breadth of the levels may have been reduced but the gameplay depth remains. It includes more vertical space in some surprisingly open levels. Action is packaged into smaller areas but concentrated in a way that maximizes that area. The different suit may take a while to get used to but it’s very much worth it. The AI usually impresses but tends to break badly resulting in brain dead or stuck enemies. Multiplayer emulates Call of Duty but the suit changes things appreciably. The story is also more appealing than the original. 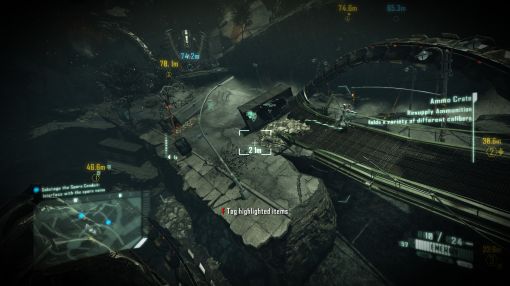 The open levels are impressive and not just visually

You play as Alcatraz, a new character to the series, saved from a damaged submarine and an Alien encounter. The aliens (Ceph) are invading New York and a virus is exterminating the human population. Human CELL soldiers believe you are infected and will attempt take you down by any means necessary. Alcatraz acquires the Nanosuit 2.0 from a familiar face during a lacklustre linear piece. After about 30 minutes of tutorial examples the game arbitrarily lets you use both Stealth and Armor powers. At this point the game opens up and continues to become more absorbing until the credits roll. The story is certainly more satisfying than the original with clever science fiction aspects toward the end. It’s refreshing for a Crytek game to have a satisfying ending without a contrived boss battle or unnecessary linear section. Most levels are very consistent with only a few that seem out of place.
Levels in the sequel are certainly more restrictive than the early levels in Crysis 1. You can’t take a boat and circle a small island, nor run through dense jungle for minutes. Instead you’ll be fighting in courtyards, intersections, toppled buildings and fractured cavernous areas below the pavement. The open sections are typically connected by brief linear paths where you might catch a glimpse of the virus exterminating humans or alien roaches cleaning up the mess. The improved atmosphere and more engaging combat areas go a long way toward winning the player over. The levels make good use of the constrained space with plenty of ways to flank enemies. It’s unfortunate that there are some poor scripted levels which prevent you from engaging on your terms. The levels may not be as expansive but all the gameplay fundamentals remain because of the Nanosuit.
The Nanosuit 2.0 is a different beast than the suit worn by Nomad in the original. Although it may not have the raw speed or intricate flexibility as the first it makes up for it with fluid movements. Speed and strength modes have been amalgamated into the suit as passive powers, holding jump or sprinting will drain energy in the same way. The visor supersedes binoculars acting as a guide showing you areas of interest such as weapons, ammunition and lets you track enemies on your HUD. Nano-vision (thermal optics) drains power and allows you to see threats with greater contrast. 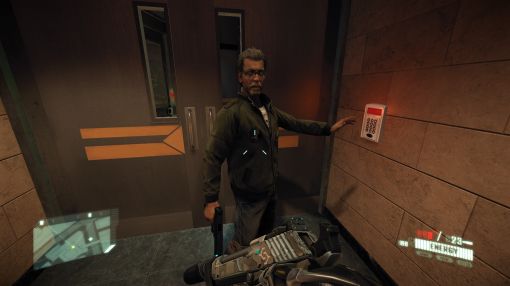 Optional upgrades for the suit include tracers on enemy bullets, air stomp, tracking enemy footsteps and air friction which can be enabled at any time once unlocked. You can slide under objects or into enemies to knock them over. There is also ledge grab which is very useful when doing large jumps and moving up through the multi-tiered areas. The new abilities along with the upgrades available make Nanosuit 2.0 different but also more efficient compared to its ancestor. Once you get used to how the new suit operates you’ll start to see that the core gameplay is as satisfying as ever before.
1234Next 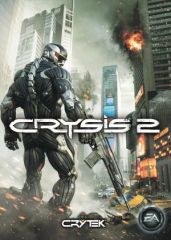 Our Review of Crysis 2
86%
Great
The Verdict:
"Clever AI and grandiose open levels allow you to play at your own pace. The outstanding experience is marred by AI bugs and poorer scripted levels."
Game Ranking
Crysis 2 is ranked #97 out of 1660 total reviewed games. It is ranked #17 out of 105 games reviewed in 2011.
96. Guild Wars 2
PC
97. Crysis 2

All videos for Crysis 2 (6)
Advertisement ▼