The comparison will be pretty obvious and hard to ignore, especially given the game’s tag line that “We’re not in Azeroth anymore”, displayed in various advertisements for the game, which I felt was a bit pretentious and probably not really a smart marketing move. Yes, Rift does feel quite similar to World of Warcraft, and overall isn’t perhaps a game-changer as far as the MMO scene goes. However, while it doesn’t necessarily do anything new or innovative as far as the basic game design or control scheme goes, little additions or rearrangements to the formula, as well as offering a fresh, new world and new story to explore, might be just the edge it needs to be a hit seller, or perhaps to amass a sort of cult following if nothing else. 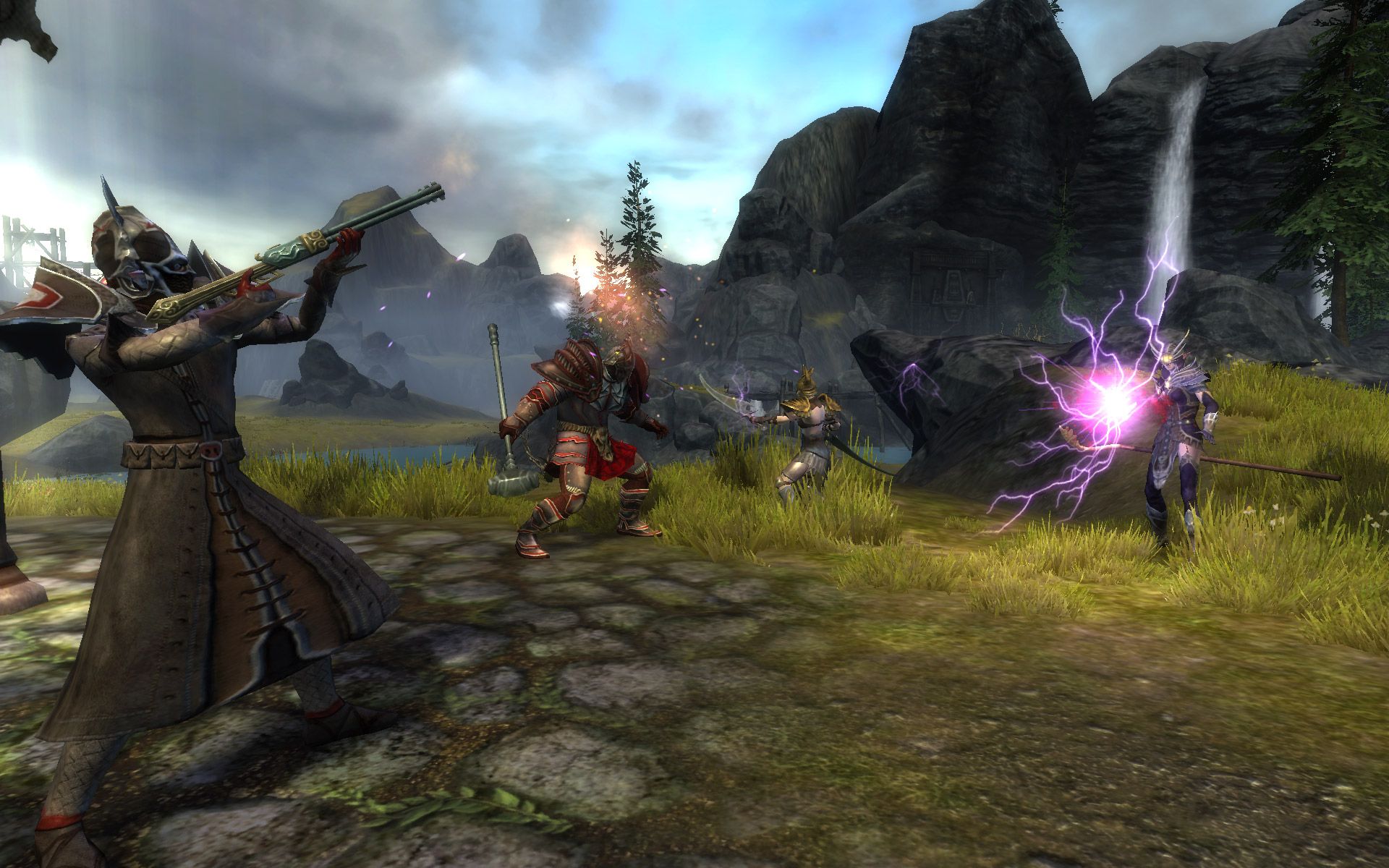 One thing I am particularly fond of and am impressed with is the game’s overall presentation. This goes far beyond simply the level of details of the graphics, though they are quite nice, even at a lower setting. It’s little things such as the user interface and also nice visual effects when it comes to heads-up announcements, such as when your character levels up or even when accepting a new quest, or completing one, that go a long way to add a sort of flair of excitement to even the typical or mundane aspects that usually come with a title in this genre. The sound design is also overall excellent: the music is very good and enjoyable, and the sound effects are all spot on, from the clashing of swords to the satisfactory sound heard when an encroaching rift is sealed.

The rifts, as the title implies, are essentially the defining feature of the game, and what in large part makes it stands out from other MMOs. Outside of your regular questing, the world of Telara is constantly under siege by other-worldly fortress, (as well as the constant struggle going on between the game’s two factions: the Guardians and the Defiants, which constitutes the PvP aspects of the game), and you have always before you the option of lending a hand to help bring balance to a world that truly feels like it’s on the brink of utter chaos, and in need of your assistance to save it. This makes the world of Telara truly a dynamic one, and your actions in the world, at least where dealing with Rifts and invading forces is concerned, feel as if they have some real effect upon the world, and not like your simply acting out a pre-determined script.

To give an example of this that I personally encountered (and was pleasantly surprised by), I was on my way to a quest when I saw an outpost that had been taken over by an invading enemy force. As the stronghold wasn’t too heavily defended and the enemies were spread out enough for me to essentially pick them off one at a time, I proceeded to kill off all the enemy forces there and destroy their marker that they had placed in that location, effectively eliminating that stronghold. After that, I went off to complete one of my regular quests, but when I walked by that area again I saw that the spot was now inhabited by friendlies who had set up shop there, and I was able to buy and sell off items, as well as take on new quests that some of the local NPCs were offering. 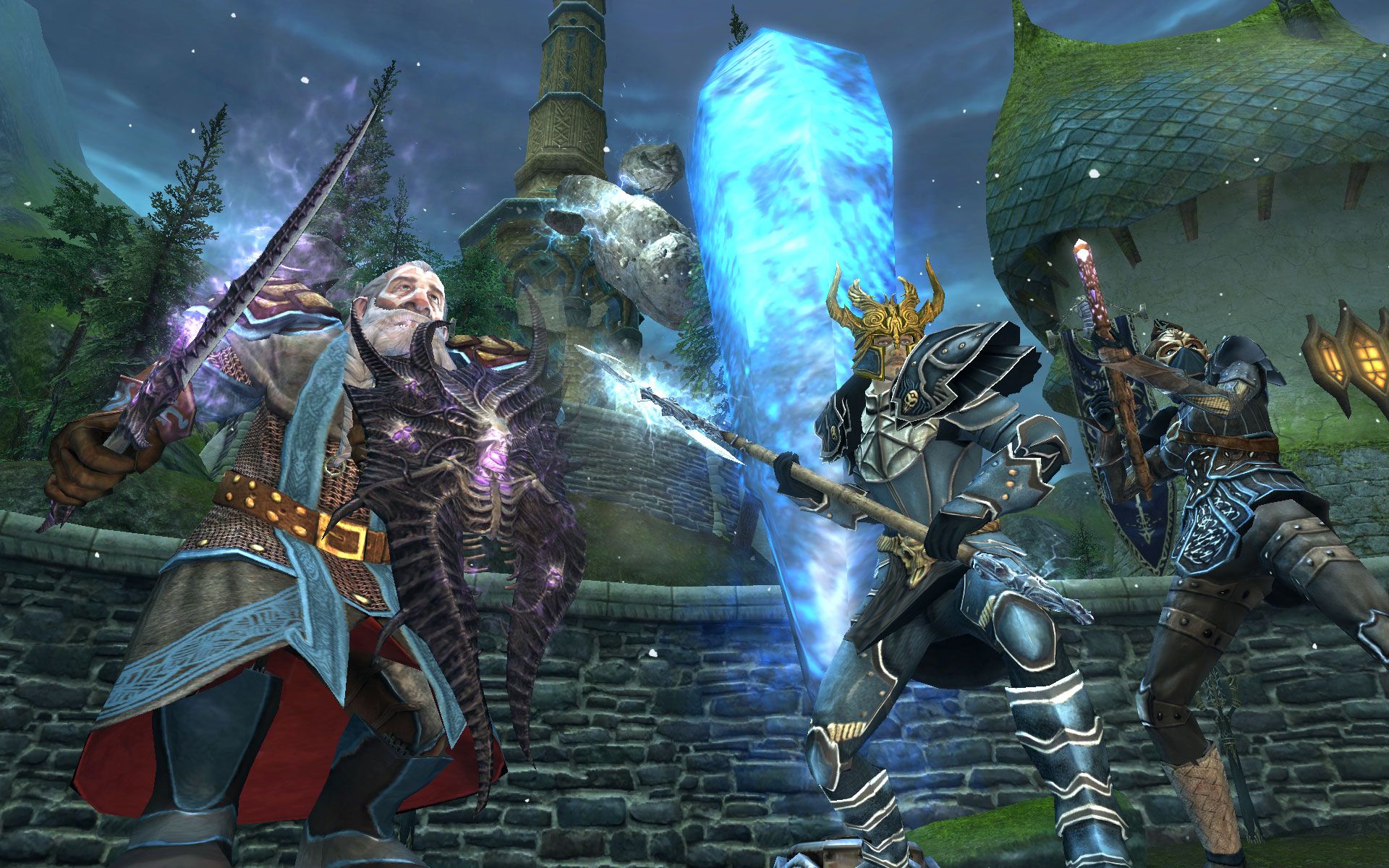 Dealing with strongholds, rifts, and invading forces are also the best opportunity for joining raid groups and public parties, especially on a PvE server. The rifts function as large and involved battles of multiple stages, the completion of which seals off the prevailing rift and offers special bonuses to your character that you can equip to what is known as your “planar focus” in order to improve your stats and attributes, along with also a special currency that can be used for unique items, and of course just simply keeping the land at peace. The rifts are indeed one of the biggest highlights of the game, offering fun and exciting battles with multiple players joining in the fray, and are overall a nice distraction from the usual questing opportunities, which helps to keep the gameplay fresh and engaging.

Going back for a moment though to similarities with other MMOs, the controls and other such aspects will seem very familiar to those who have played MMOs before, particularly World of Warcraft. Some might find a reason to complain about this, but I don’t feel it is inherently a bad thing, as it allows players familiar with the genre to pretty much jump right in, even though it does unfortunately lend itself to a further comparison with WoW. To the uninitiated, I don’t imagine the game would be any more or less difficult to get into than any other game of the genre, and the game does a pretty solid job of teaching you step by step the various aspects of controls and gameplay that will carry you through the rest of the game. It will also be noted that no matter which side you choose to play as, the beginning of the game offers up an exciting and action-packed start to your adventure that goes a long way to create a pretty strong and compelling hook to both throw players into the action immediately as well as to, even more importantly, get players interested in the world and its story.

Some of the other unique aspects in Rift are involved with the selection of your class. The choice of your main class, or “calling” also determines the various subclasses that you can choose to play as. These subclasses, of which ultimately you can choose three of, offer a fair variety of possible options as far as character customization goes, and allows you to build a balanced and varied character to help you deal with the challenges and ordeals that you will face on your adventure. For example, I chose for one of my characters the “Rogue” calling, and as sub-classes chose “Nightblade” for stealth attacks and getting a jump on enemies, “Ranger” for dealing damage from afar with bows or guns, while my animal companion got up close to attack them, and “Bard” to provide myself with status buffs and also eventually a measure of healing abilities to help when facing various foes in combat. 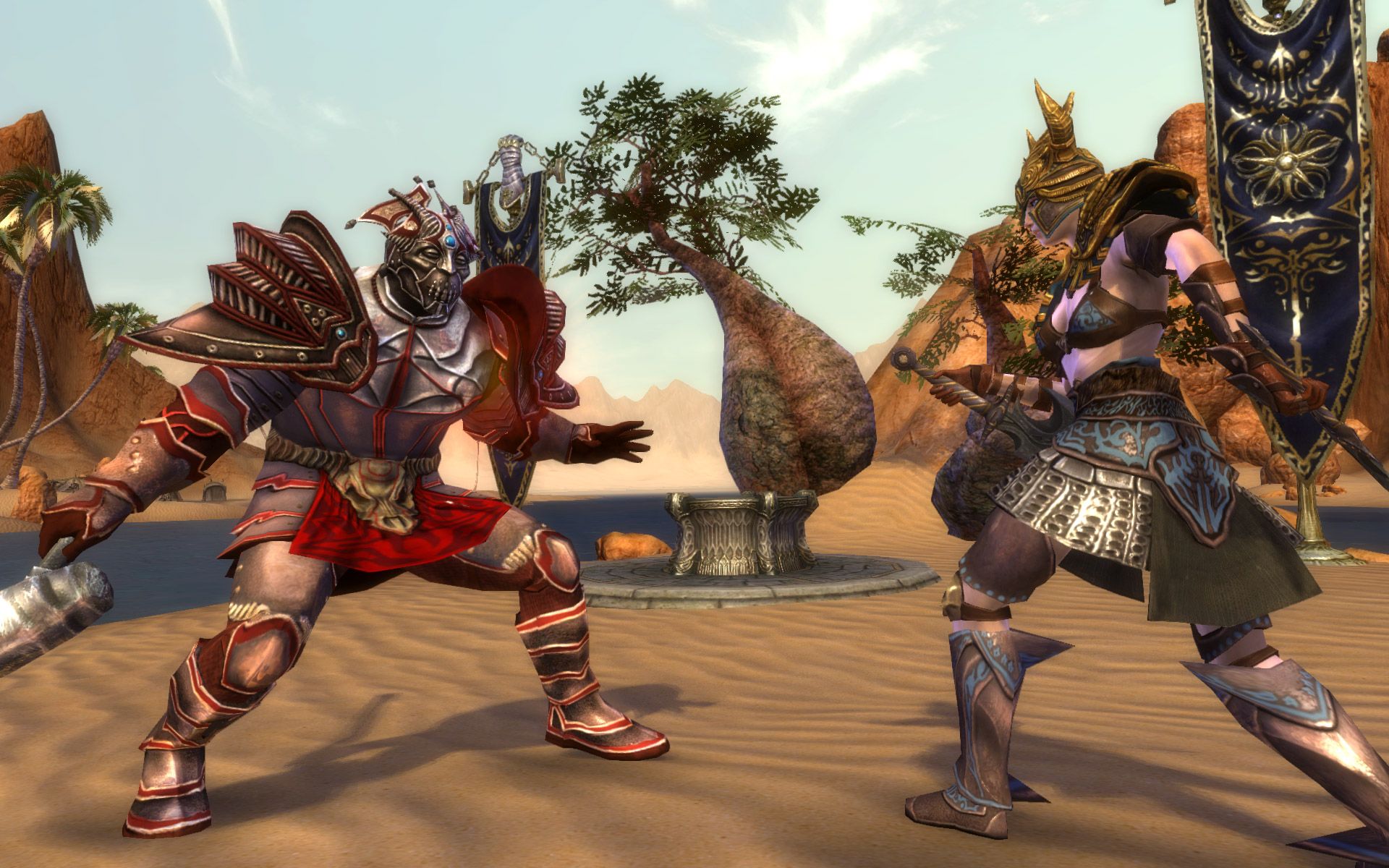 As far as other more technical aspects of the game goes, the quality of the visuals do call for a pretty decent system to run it, but nothing too ridiculous, and even on a lower setting the game still looks very nice and runs smoothly. The only issues that I ever encountered as far as lagging or high latency was during some of the more massive battles against the Rifts, involving a large quantity of players. However, such slow-downs were overall very rare and never bad enough to be any sort of deal-breaker or greatly hinder the overall experience.

While it’s true that overall the game doesn’t reinvent the wheel of the sort of tried and true MMO formula, the more innovative elements of the game, such as the hallmark rifts, go a long way to make the overall gameplay feel fresh and exciting. I feel in a way that what the game represents is a sort of idealized version of the MMO format, maybe even a perfected one. Whatever the case, the world and story of Telara is certainly an interesting one, and one well worth exploring for both the jaded and long-time MMO player looking for a fresh experience, as well as for those new to the genre.

Our ratings for Rift on PC out of 100 (Ratings FAQ)
Presentation
87
Very nice visuals and sound effects, including a nice presentation of heads up messages such as quest completions, make the game exciting and a pleasure to look at.
Gameplay
83
While in many ways Rift follows the standard MMORPG format, innovations such as the title-implied rifts offer a dynamic and exciting world that is a joy to explore and quest in.
Single Player
NR
None
Multiplayer
85
While many of the game's quests can be tackled on your own, dungeons and especially rifts are fun. Exciting battles against overwhelming odds make everyone's involvement feel valuable, and help bring a sense of order back to the world of Telara.
Performance
86
While some occasional slow-down may occur during the more massive rift battles, which involve many players in the same place, overall the game runs smoothly and with little to no hiccups.
Overall
84
Rift offers an exciting and intriguing new world to explore. It brings compelling new gameplay aspects to the familiar MMORPG formula, and may possibly offer the most idealized version of the current mold. 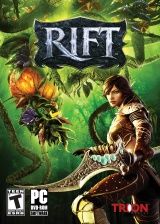