Our ratings for Prince of Persia (2008) on PC out of 100 (Ratings FAQ)
Presentation
83
The art style is fantastic and very consistent. Corrupted lands look great and it's a nice visual reward to heal the lands. The music isn't bad either.
Gameplay
77
It's very simple and fairly easy, the platforming elements are smooth and you cannot die so there will be no frustrations. A few of the powers are too similar and a little bit of backtracking for seeds.
Single Player
80
The characters are great, Elika and the Prince will talk to each other during the game and you can freely choose to hear more of their conversations which are done fairly well. Ends on a cliffhanger.
Multiplayer
NR
No multiplayer
Performance
(Show PC Specs)
CPU: AMD Athlon AM2 5600+ @ 2.9GHz
GPU: Powercolor Radeon x2900xt 512MB
RAM: 4GB DDR2
OS: Windows Vista 32-bit

88
Outstanding performance for the clean visuals.
Overall
80
Prince of Persia brings new life to the franchise, takes out all the frustration and it becomes more an adventure to be involved in. Probably a little too easy though. 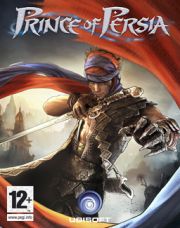