Kane and Lynch 2 is a mixture of many underwhelming and poorly implemented gameplay elements. Even the nifty visual look style and the occasional funny line of dialogue cannot prevent the game from being generally unimpressive. You play mostly as the bald fat man Lynch who along with Kane comes into trouble by accident. The entire police force of Shanghai descends upon you at every turn with no anticipation of a peaceful arrest scenario by either side. 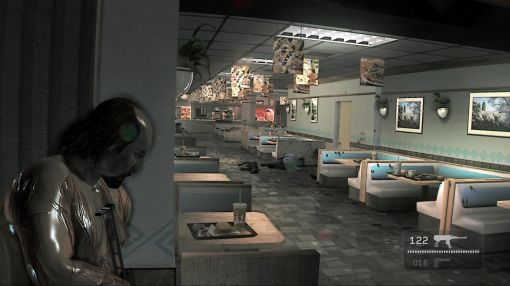 Yes Lynch is naked, he is still going to take a dozen bullets before dying

The single player is insanely short, barely longer than a movie and the story fizzles out into a simple escape scenario during the second half. The AI has a whole range of issues from plain daft behaviour to jerky and erratic animation transitions that makes the combat clunky. Problems compound themselves if you somehow find another person playing this game online. The most crucial part of a third person shooter is the combat but the game doesn’t even seem to get that right.
The combat in Kane and Lynch 2 is occasionally satisfying but mostly repetitive and lacks the smooth feel of most third person shooters. Cover mechanics are here but they don’t work so well when the cover doesn’t always protect you from attacks. The AI is so deadly accurate, when it isn’t being brain dead, that if your chin happens to be visible to the armed police 100 feet away then you’ll lose more than few hairs on it.
There is a lot of shooting but without the small cross placed on enemies you probably wouldn’t know you’ve hit anything half the time. Most of the game is a shooting gallery and you’ll move between rooms and face more police forces that come out of nowhere. If you take enough damage quickly you get knocked to the ground and can crawl around or get up to cover. At least when you drop to the ground you have a chance to recover and attack enemies closing in. The biggest problem with the combat is the AI and how they behave during combat. 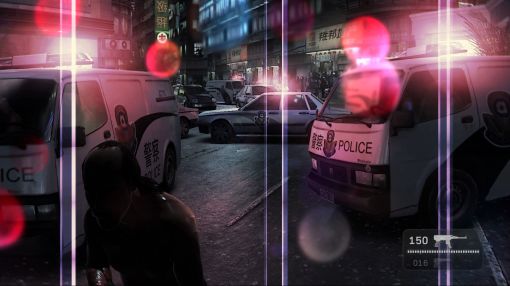 Enemy AI have cat like reflexes even when it comes to being shot in the head. More times than I can count police or gang members would react faster than superman after being shot and instantly snap into a cover position. Then of course just as quickly move between cover, not only does it look poor but it makes the combat a chore when you can’t possibly track these erratic movements. Your foes and civilians also have the brains of a well constructed brick.
If the artificial intelligence was smarter the combat might also be more fun. Yes the enemies sometimes take cover on the wrong side on an object. Yes they will sometimes stay in cover until you walk up to them and pat them on the back with your sub machine gun. Chinese civilians and Kane himself did get in my firing line more than enough times to generate several swear words almost as if I was Lynch himself. There was even one guy who decided to keep eating his burger even though there was a shootout in the streets just seconds previously.
123Next 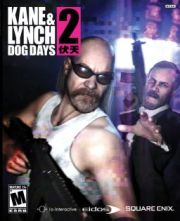