Offers a fresh and original world to explore, interesting characters to meet, and many stories to discover

Beyond Good & Evil is an action-adventure video game for the PC. It was designed by Michel Ancel, and developed by Ubisoft in-house and released in late 2003. The game saw an almost same-day release across all platforms, however it still suffers from a wide variety of technical issues specific to our platform. It’s hard to classify BGE – it falls into a very odd niche due to its gameplay and subject matter. The best comparison I can think of is Psychonauts. BGE released during a rather busy gaming season, and it didn’t quite have the budget to advertise. This caused a lack of sales, and the trilogy was put on indefinite hold. Still, BGE is full of original and exciting content and you must check it out. 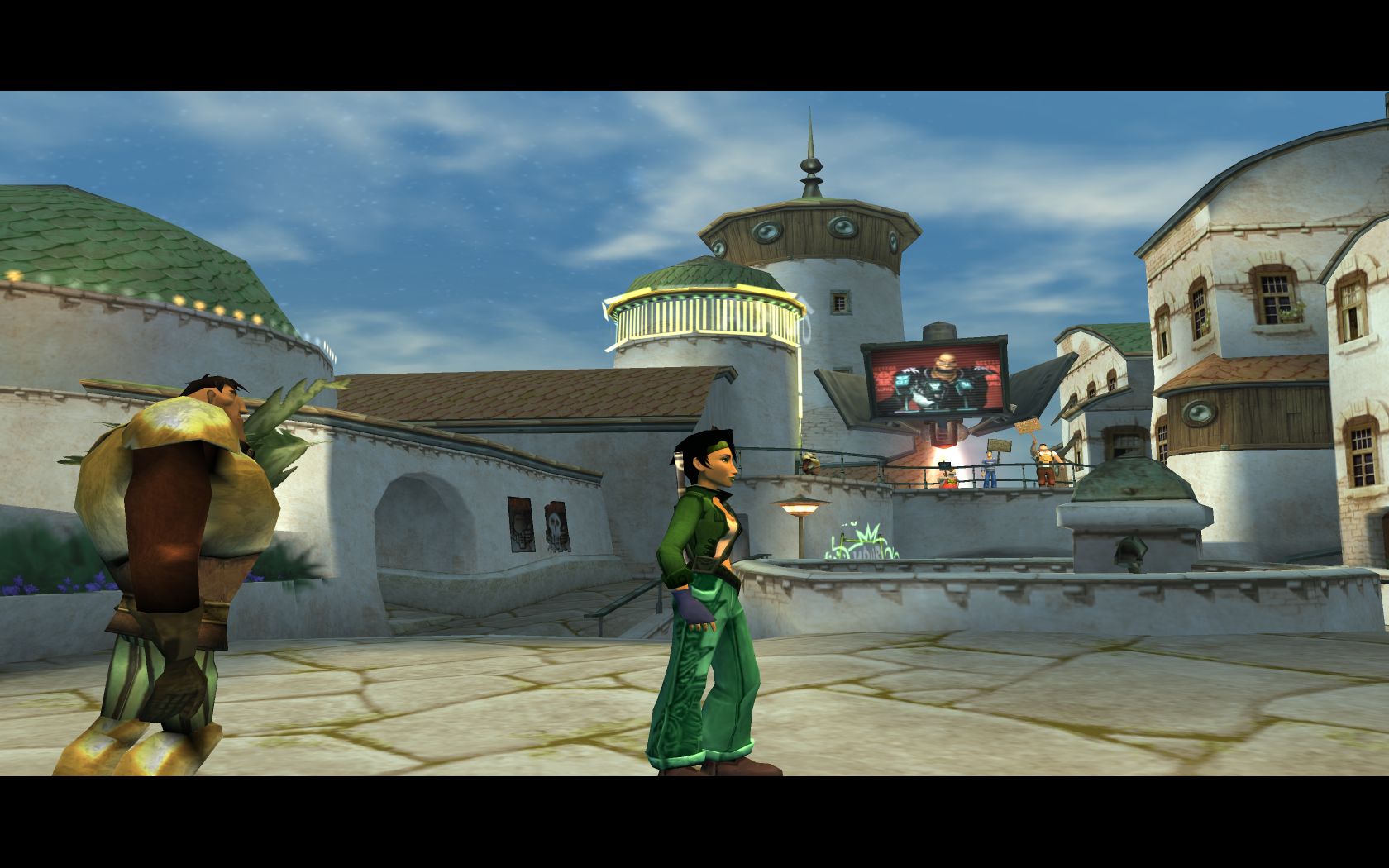 BGE has a very good story to follow through. You play as Jade, a green-haired human girl living in harmony in a mystical world where humans and various creatures live together as one. Not everyone is evolved though, so there is still a lot of “wildlife” and various animals inhabiting the world. The story sets off by an alien invasion, which you must quickly engage and fight off. It’s a bit of a quick and unbalanced start, but that’s probably the only downside to the whole story. When Jade realizes that she is out of money, she picks up a photography gig to help pay for her defence systems. Jade lives with various other kids, in what seems like a foster home. Jade also lives with her uncle, a pig named Pey’j. She soon discovers that Alpha Sections, a military organization that has been defending her home world for years, may not be what they seem. By chance, Jade joins the IRIS network, a group of journalists who are trying to bring down the Alpha Section by providing public with the truth. So she sets off on various adventures to gather as much evidence as possible with her camera and prove to her home world that they are being used. Along the way she often gets help from either her uncle, or another IRIS operative. The story is rather full of twists and turns, and the conclusion is exciting, but it definitely leaves the story on a cliff hanger. A major subplot is left unexplained, and an after-credits cinematic confirms plans for the sequel. The story in BGE is a good one, and it definitely appeals to many emotions as you play through. It’s not brilliant in a way of the story telling or plot development, but it offers great amount of variety and originality.

Describing the gameplay in BGE is a bit difficult, because the game borrows from many genres. To progress the game overall, you need to collect various upgrades for your motor boat so that you can get past certain challenges in the open world game. Once you do though, the game becomes fairly linear until you complete a specific chapter and then return to the open world. In the open world (The Hillys) you will mostly be going after wildlife pictures and collecting crystal balls, which is the only currency accepted at Mamago Garage where you can upgrade your boat. This means that in-between missions you’ll be scouting the world, doing various small events such as races or puzzle challenges, so that you can acquire more crystals and upgrade your boat to move the story along. The main missions follow the story and task you with investigating 3 major locations where Alpha Sectors are suspected of doing business. You have no choice to progress these locations (or “reports”) in random order, so the freedom is restricted somewhat. 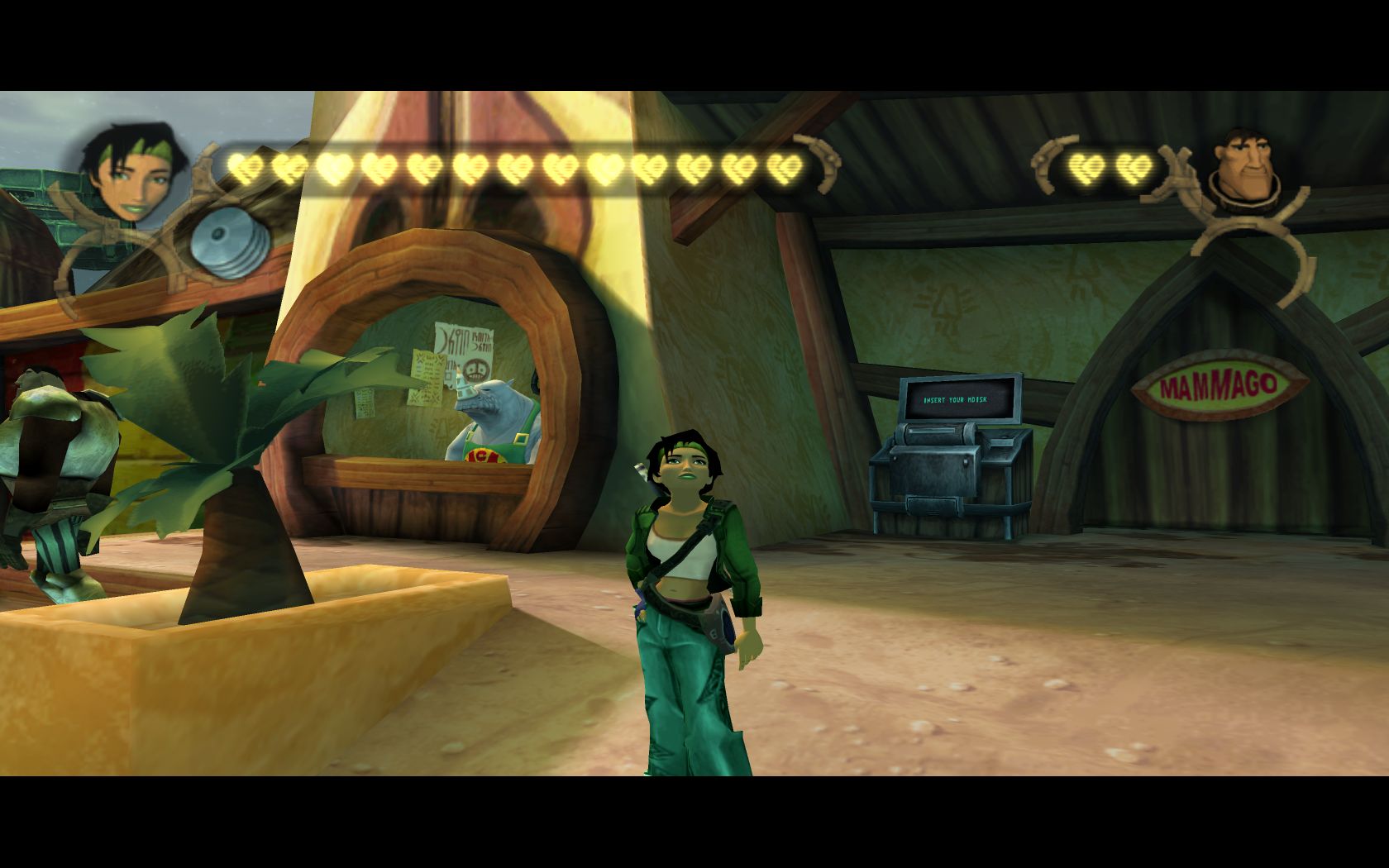 Once you engage one of these missions, the task is usually to gain entrance deep into the enemy base and take a photo of their various evil doings. Here is where many game elements come into play. Most the time is spent as one big puzzle, trying to navigate your way past collapsed corridors, closed doors and laser grids to make it to the objective. There are many varied and clever puzzles found throughout the game, and it takes a little time to get used to the logic behind the puzzles in the game. For this reason, some may struggle initially. But once you get the hold of the logic, the puzzles become interesting and rewarding. To alternate the puzzles, you are then usually faced either with a fighting sequence or a sneak sequence. The fighting is pretty straight forward – you have a staff that Jade takes out whenever enemies are around. Directional buttons guide your attack swing, left click to attack, right click to dodge. There is not much challenge to fighting until the later levels, and when facing the Alpha guards (who are extremely tough to kill head-on), you almost always have the choice to sneak past them, or take out their gas tank for an instant kill. Jade has the ability to shoot a purple disk, which will kill small enemies and push buttons, but will do little to take on the Alpha guards (unless you hit the gas tank). This element is often used to solve puzzles more so than fighting, which is good because it’s awkward to use. Jade does not have any crosshairs visible for the player when in regular third person view. The only first person view is to use the camera – and only when using the camera, you can use the throwing disk. The enemies you encounter are very original in their design, however later on you will be mostly sneaking by or fighting Alpha guards, so the variety is degraded a bit.

For about half of the game, you will be following by either Pey’j or Double H. These characters are often needed to advance past a certain puzzle, but they also help during fights. The former is more for Pey’j and his trusty wrench, and he isn’t very good at fighting. The latter is for Double H who is rarely needed for puzzles, but who’s attack is very strong and will definitely help you face the Alpha guards. They are good companions for the most part, and some puzzles involve simply getting them across an obstacle because they are physically unable to do so (Jade is quite thin). Sometimes though, if you run too far ahead of them (and this takes skill because they are usually quick good at keeping up), they can lag behind and simply disappear, which will require a reload. I guess now is the time to talk about the big negative of the game, and that is the game-breaking issues. If you do a quick search or visit the official Message boards, you will find a topic which describes 5 or 6 well-known game-breaking bugs that cause you to reload, or worse, make you unable to progress. During my playthough, I have indeed encountered at least 2 of these issues, but was thankfully able to solve them with user-made fixes and savegames. Due to it’s high critical acclaim but poor sales, BGE only saw the release of one patch, so the rest was left to the users. It’s a shame, because I think the fact that I actually took the time to look for a solution tells you something. I was quite determined to finish this great game and story, game-ending bugs or not. 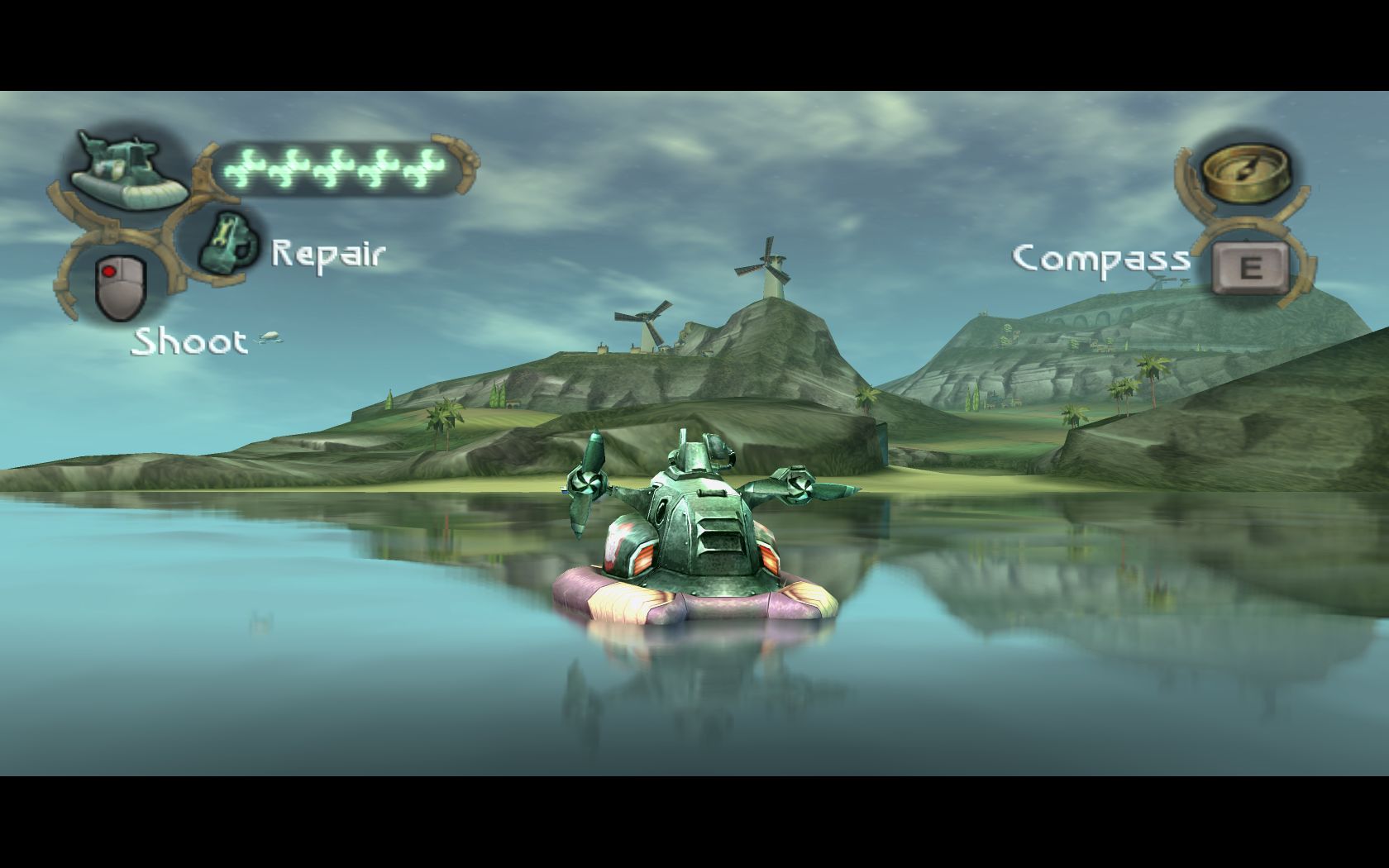 Back to the positives. The sound in BGE is quite great, with all character voices done really well, giving the characters even more value and uniqueness. The lack of voice actors is only noticeable during crowd interactions, but otherwise all the characters you meet in the world have their own identity and personality. Another high praise must be given to the game’s soundtrack. These are some of the most original tracks you will ever hear, and they are good. Most of the track is simply music, however there are a few songs with words (when you enter some locations), and they are performed in a made-up language and work well. The music ranges from soft piano tracks to some upbeat dance tunes, and it all works quite well and is never out of place. Due to its popularity and quality, it was featured in "Video Games Live" concert series.

The graphics are a different story though. I will not comment on the game’s engine – after all, this was 2003 and PS2 and Xbox were still all the hype. So as you can imagine there are some odd textures here and there, distance objects are pretty out of focus, and the water could use some work. However, this doesn’t stop the characters for being very well designed (artistically), some great locations and animals are also breathtaking. Due to its age, the game performs really well and there were no frame rate hiccups or crashes due to hardware. That doesn’t mean there are no problems, though. The game has a known issue with newer graphics cards, which cause the game to tear a lot. Various graphical glitches appear on the screen during major sequences and even when just running around. This is due to newer card’s graphical accelerations, and unfortunately the only fix is to do some BIOS tweaking (there is no user patch). The issues occur with certain video cards, regardless of operating system. The game worked well on both XP and Vista.

When first released, Beyond Good & Evil looked like a sure-thing hit. But, much like Psychonauts, it was just at the wrong time in the wrong place. The sales took a nosedive and the future of the series was completely unstable. Any kind of sequel motions were on hold for a few years. But recently, it’s been suspected that at least the sequel to this trilogy is in development, to much delight of the dedicated fans. BGE is a very original game that needs to be experience by adventure gamers and those looking for a fresh, rich universe to discover. If only the game received the proper technical care after release, we could have had one of the best action adventure games around.

Our ratings for Beyond Good and Evil on PC out of 100 (Ratings FAQ)
Presentation
84
An original and interesting fantasy world will keep you entertained until the very end. With an incentive to actually explore the world and it's inhabitants, it is easy to get side tracked and just enjoy the scenery.
Gameplay
78
Some minor bugs and glitches, and fighting is mostly button mashing. The mini-games and side missions are interesting though, and well worth doing.
Single Player
85
A fairly lengthy single player, with a story that will make you keep going just to know what happens next.
Multiplayer
NR
None
Performance
(Show PC Specs)
CPU: Intel Core i7 CPU 930 @ 2.80GHz
GPU: Sapphire Radeon HD 5870 Vapor-X 1GB
RAM: 6GB DDR3
OS: Windows 7 Professional 64-bit

60
Some unfortunate game-breaking issues, but most can be fixed with a user patch that is floating around. Graphics very from breathtaking animal designs to horrid texture pop-ins and screen tearing.
Overall
81
Technical issues aside, Beyond Good & Evil is a memorable and well crafted adventure game.

Beyond Good and Evil 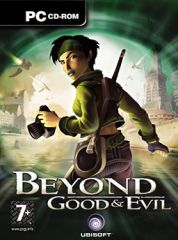 All videos for Beyond Good and Evil (1)
Advertisement ▼