Since the debut of next-generation consoles, the sports market on PC has suffered, in particular because of EA Sports. All of the company’s sport franchises failed to make the jump to high-def on PC, the platform that arguably could produce the best results from a new engine. Following a few years of PlayStation 2 ports, most franchises were dropped altogether (Madden, NHL) or continued in a web-based arcade form (Tiger Woods). In the meantime, other developers took notice, with 2K Sports bringing their Baseball and Basketball to PC. Konami also brought their next-gen Pro Evolution Soccer, putting a real challenge to the last sports series on PC from EA, FIFA. After a few years of the market being dominated by PES, EA Sports took the decision this year to bring FIFA on PC to the console standards. While the result is not quite the same game as the console players get this year, it is easily the best ever FIFA game on PC. 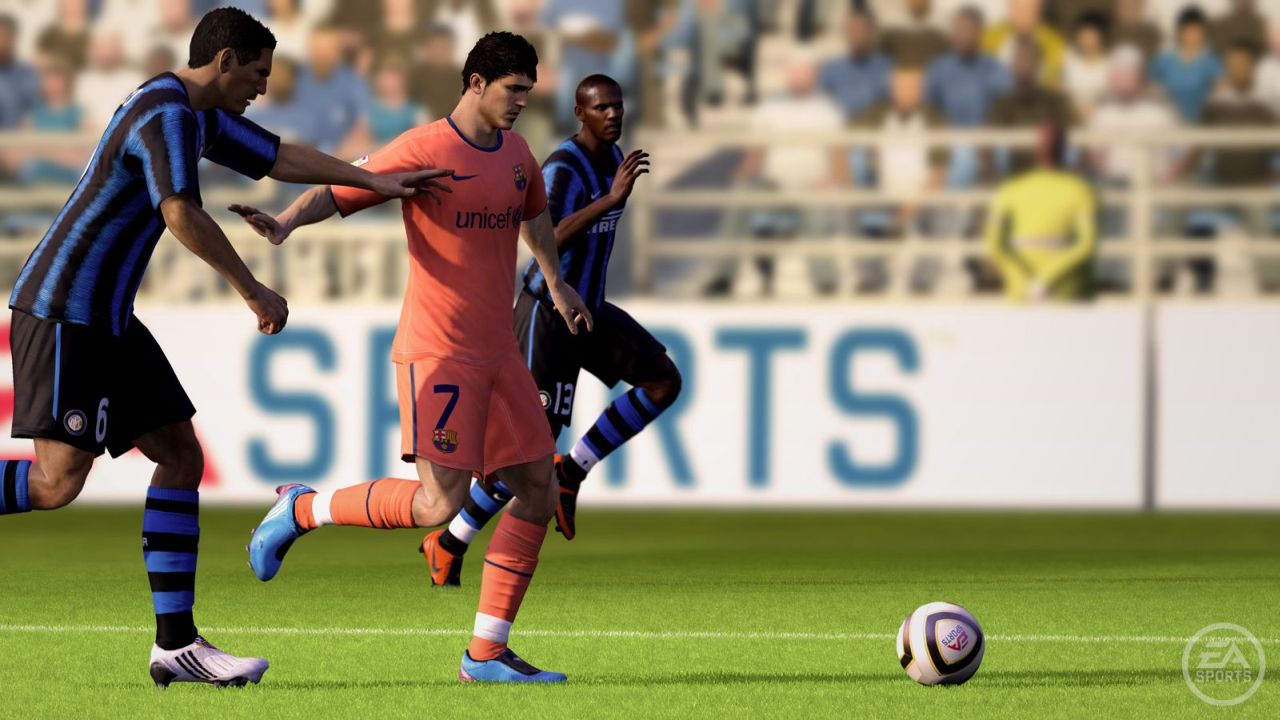 To get the basics out of the way – this is not FIFA 11 that your console friends are currently playing. It is a port of FIFA 10, last year’s version of the game. So the PC players won’t enjoy the new passing or Personality+ system. Still, this is a huge jump from FIFA 10 on PC that brings a bag of new features and details. Everything from the offline play modes to on the pitch action has been faithfully carried over from the consoles, and will seem quite amazing to the PC community who’s been living with PS2 ports for far too long.

It’s rather difficult to compare this game to last year, since it’s an incredible jump in both features and quality. Consider that PC users now get the whole new engine, which has been worked on and improved for a number of years on consoles, all at once. The offline modes are revamped with Player and Manager mode getting overhauls, like performance-based stat boosts and new trading interface. Most of the bugs that the FIFA 10 console players had to endure are patched out, meaning that PC users get an arguably the best version of the game.

Online play also received a revamp, as players are finally able to enjoy proper lobbies and matchmaking. There’s a host of PC-specific features as well, such as LAN play and VOIP voice chat, but the matches can still only take place on EA’s servers, which are not always stable. There are also a few issues with quitting and stat-tracking, though for the most part online play is enjoyable. 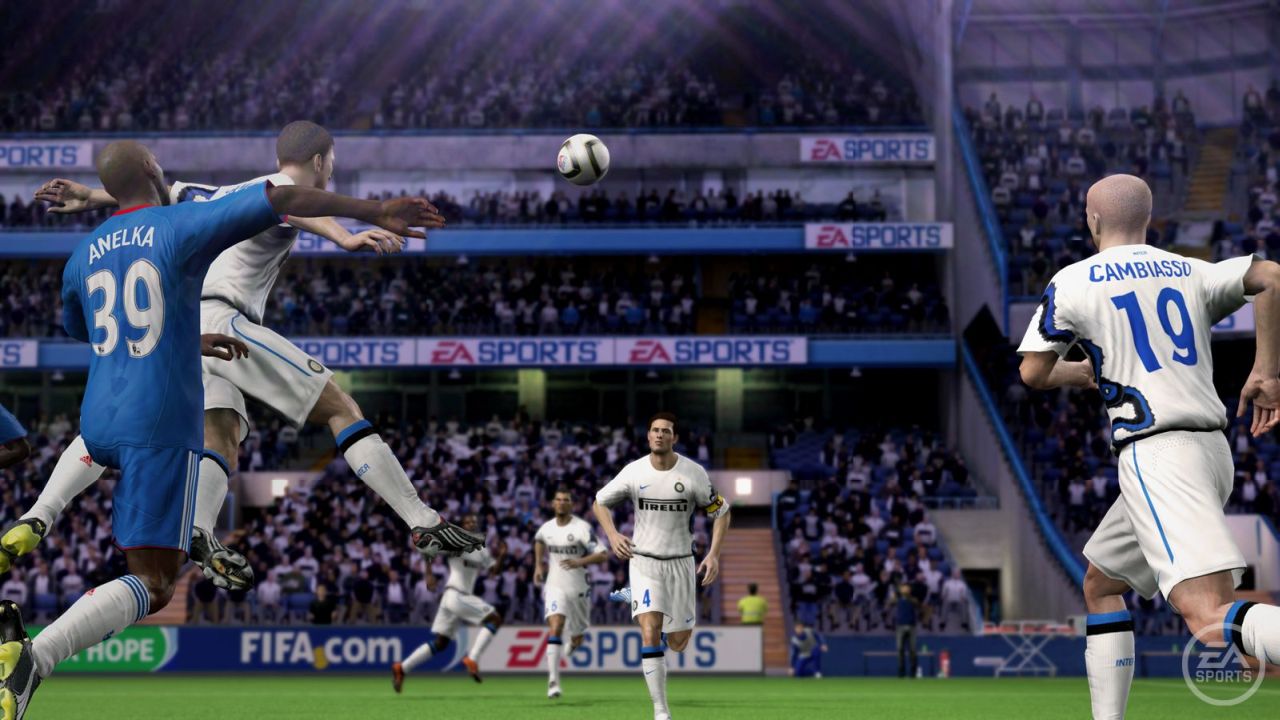 Aside from the actual gameplay, the new engine brings all new visual features to the platform as well. What we get is a good port of the new engine, finally to be enjoyed by PC users in full HD glory that consoles aren’t capable of. Everything from the textures to player models look vastly sharper than on consoles, though this also reveals some of the shortcomings of the game’s visuals. One of the big benefits of playing on PC is the endless support that the game will surely receive from fans, ranging from small modes to huge graphical and contextual revamps. The fanbase is sure to provide many updates and fixes for the game, which makes it that much better than the console experience. Not only that, it seems that EA is more keen on listening to the players on PC, and staff often post to help resolve issues on the official forums. This could be due to the PC community being much more polite or calm about the issues with the game, or due to a smaller population – either way, it’s good to see early and personalized support from developers personally.

FIFA 11 does suffer from a few shortcomings though, mostly related to the usual platform issues. While the engine is fairly well optimized, there are issues with stuttering on various video cards. A lot of the players still do not have their real-life faces, which leads to some odd personalities on the pitch. The controls are rather poorly implemented, with most in-game prompts appearing as Xbox360 buttons. To ease the pain though, there is a very robust keyboard controller configuration tool available outside of the game, for those who prefer to play with keyboard and mouse. It’s also likely that hackers are set to appear on leaderboards and online matches sooner or later, but hopefully there are tools in place to deal with such players. 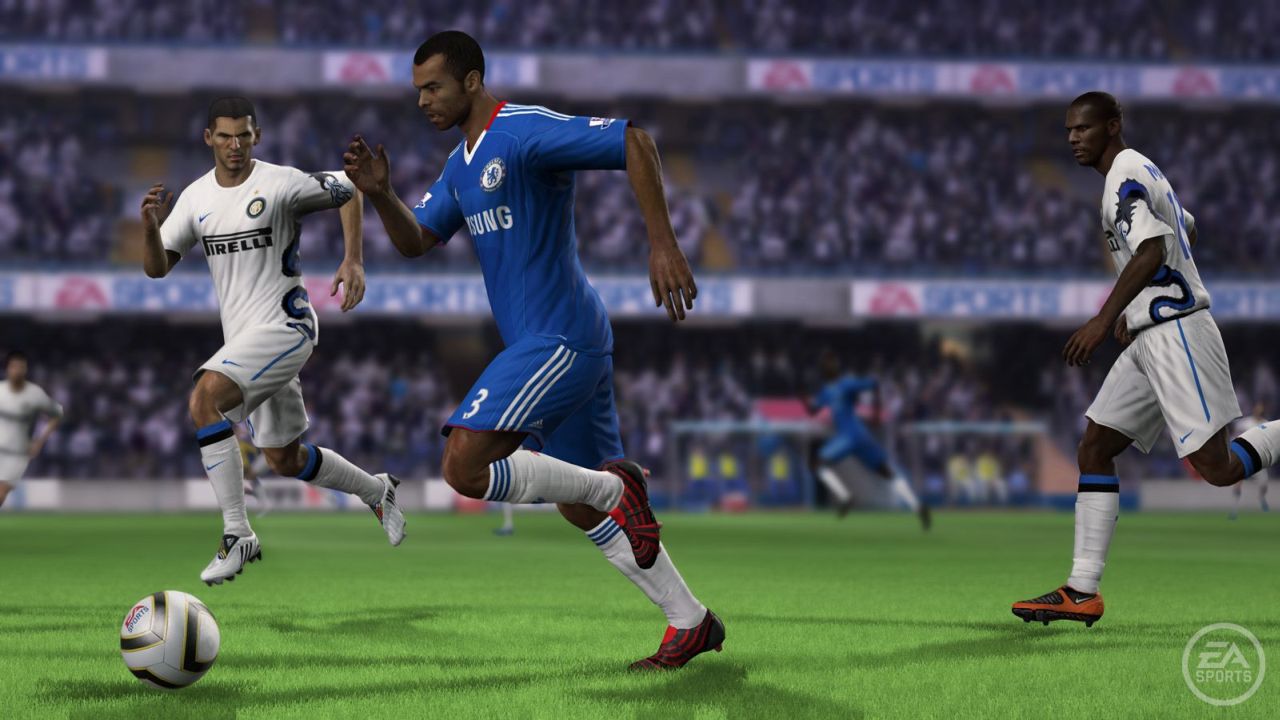 After a few years of being the only real option to play footy on PC, PES has competition this year. Though not the same as FIFA 11 on consoles, the game on PC is a huge jump to next-gen engine, and all the great benefits it brings along with it. New visuals, presentation, and gameplay are just the beginning for the many hardcore modding communities out there ready to take FIFA on PC to the next level. It is a shame that it has taken so many years to get here, and FIFA 11 on PC may not sell as many copies as it does on the consoles, but this is the first big step forward for the franchise in many years. Here’s to hoping it won’t be the last.

Our ratings for FIFA 11 on PC out of 100 (Ratings FAQ)
Presentation
85
Miles improved over the previous engine, it is everything that you hope to see in a modern game.
Gameplay
88
While still lacking a few features and marred by a few bugs, it's still an impressive upgrade and plays better than any PC footy game before it. The controls are a bit of an annoyance.
Single Player
89
New manager mode and player mode will keep players busy for a long time.
Multiplayer
85
While there are some issues, the included VIOP and LAN play are a welcome addition.
Performance
(Show PC Specs)
CPU: Intel Core i7 CPU 930 @ 2.80GHz
GPU: Sapphire Radeon HD 5870 Vapor-X 1GB
RAM: 6GB DDR3
OS: Windows 7 Professional 64-bit

80
Runs well for the most part, though there are problems with certain video cards and drivers that will hopefully get ironed out.
Overall
84
After years of empty promises, EA Sports finally put a soccer game on PC that's worth your attention. It may not be perfect, but it's a huge step in the right direction for the publisher and the platform fans.