Action RPGs with amazing exploration and quest choices don’t come along often. Fallout 3 is a great experience and it feels a lot like Oblivion with guns, while this can be a weakness for some people, it comes across as a big strength. The key differences between Fallout 3 and Oblivion rest in the side quests and combat. Fallout 3 features longer side quests that are more interesting and contain more miniature story elements than most of the side quests in Oblivion. The quests that you may stumble across in the capital wasteland are better than the fairly linear (sometimes tedious) story quests. It’s important to keep the story quests on the backburner until you have exhausted your exploration quota, otherwise you will be seeing a diluted experience. 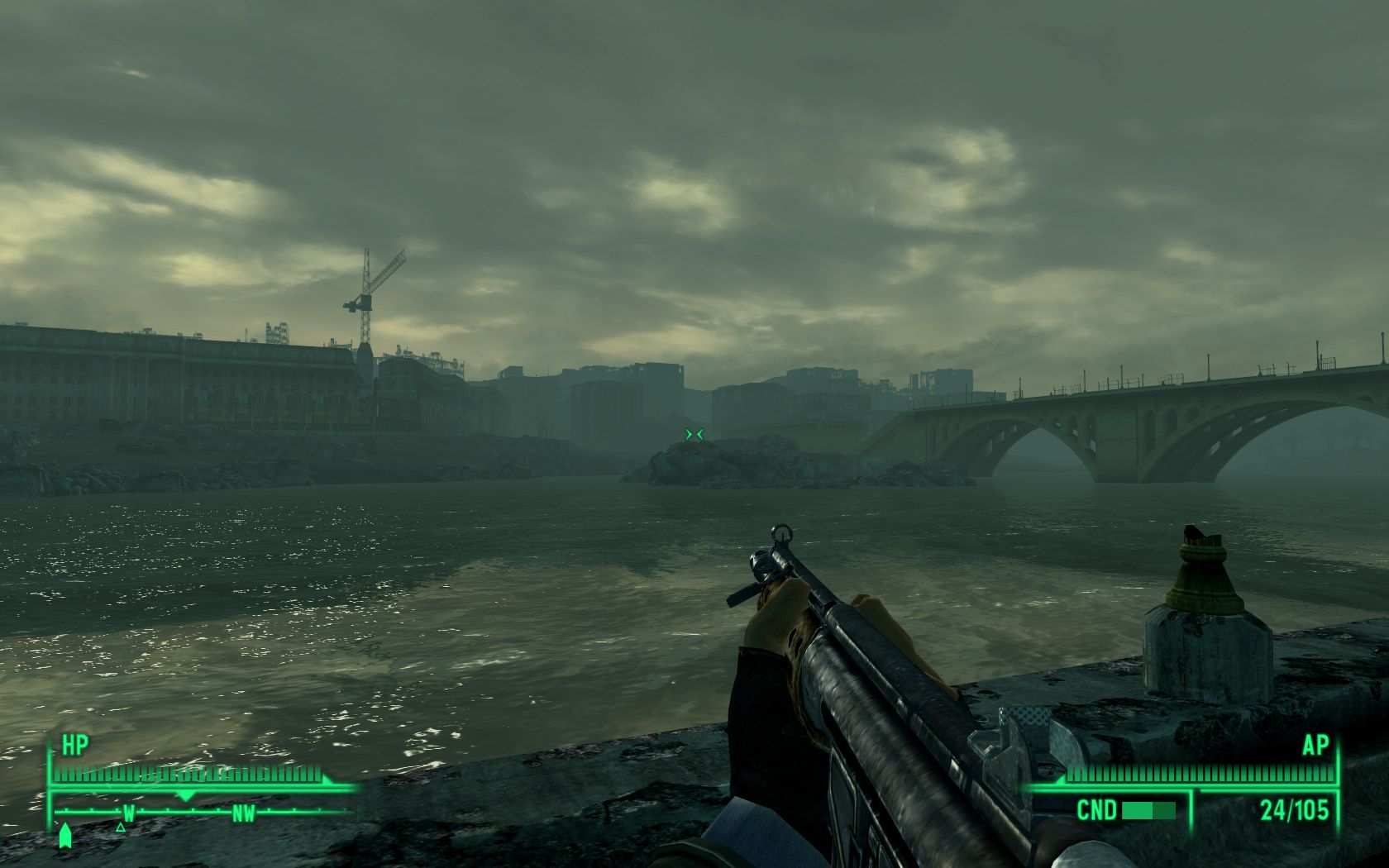 The story in Fallout 3 centers on a child (you) brought up Vault 101 whom escapes in search of his father who has left the Vault for unknown reasons. As it develops you’ll uncover more about the inhabitants and threats of the wasteland. You will be offered numerous choices for quests, deemed good or bad on the karma scale which will eventually change the way you are treated. But the karma only really deadens the choice from players, who are told in no uncertain terms what they just did (however right it felt) was wrong, this includes pick pocketing. The combat in Fallout 3 is reasonably good, basic shooting mechanics may be frustrating when weapons miss from short ranges but VATS makes the combat effective and satisfying. VATS is basically slow motion targeting assistance, using it to focus on weak points, weapons or damaged limbs greatly increases your chance of success. The VATS also highlights just how gory and violent Fallout 3 is, heads are blown off frequently, eyes are expelled from minced head tissue and dead bodies are often propelled great distances into the sky in slow motion from grenades and heavy weapons.

What makes Fallout 3 so engaging though is the exploration, you can stumble upon cities, uncover new missions that can be completed multiple ways or maybe just meet outlanders willing to trade. Following a game guide probably won’t capture much of the thrill of finding a small outpost of terrified humans protecting themselves from a mutated family. Or perhaps the discovery of a town whom regularly engages in the thrills of slavery? But slavery you say, “Is evil”, as you pull out your trusty flamer and lay waste to the slavers, freeing the innocents, leaving the slave town free from evil and open for looting if you so desire. This is just one example of many different approaches that appear when you journey to locations not set in stone by your main quest list. It feels like you are really part of a world with a lot of interesting things going on and you are excited to see what might be next. 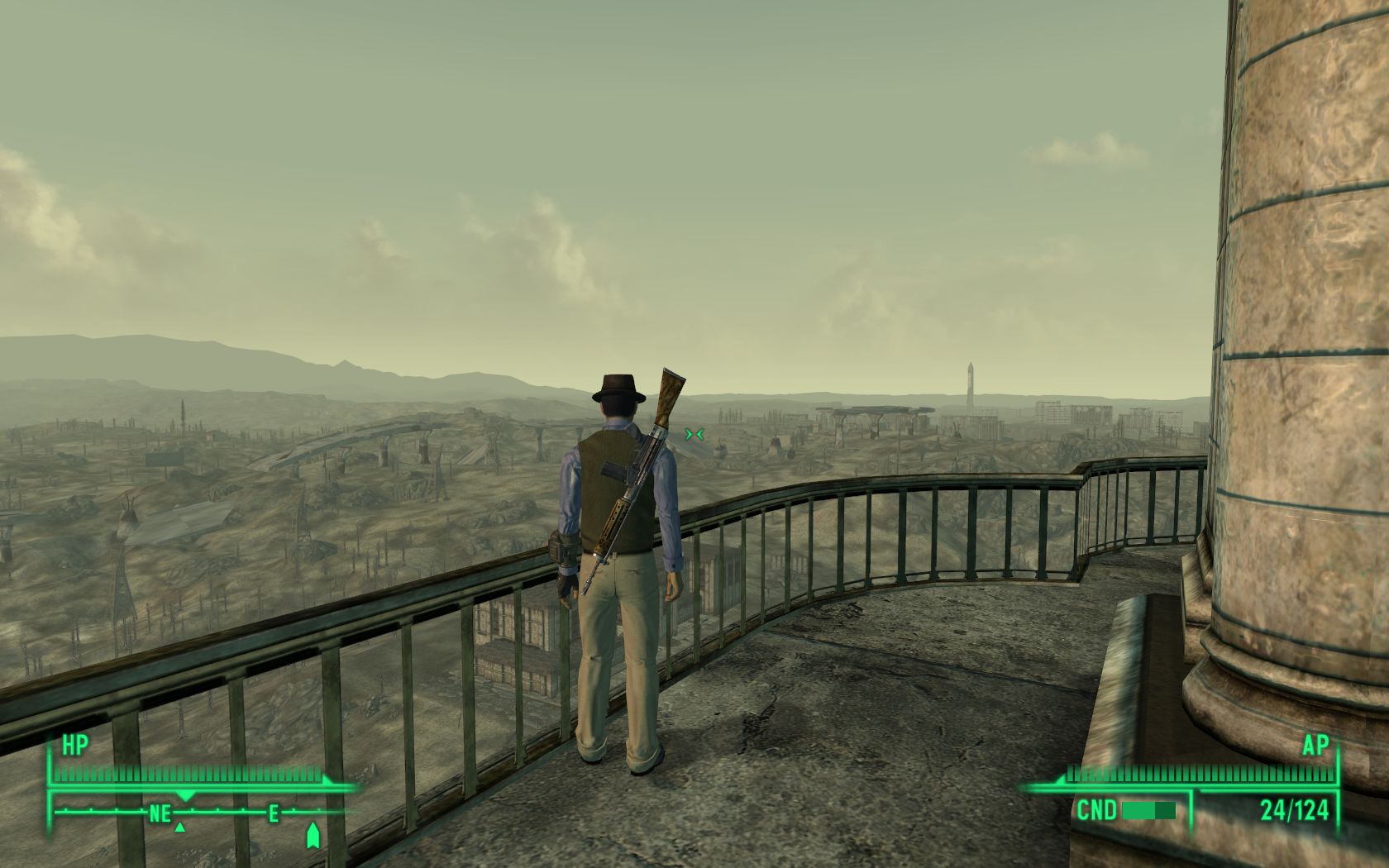 The game on Normal is a little bit hard to start with in which case fights against a few enemies will drain you of health and ammo, stinting your progress. But as the game progresses, you gain caps, better weapons and perks, near the end following the main story quests the game becomes quite easy and in some cases you will hardly need to press fire depending on your past choices. The story quests give you easy access to higher level weaponry too, they practically fall at your feet, accelerating the upgrade progress you’ve been working hard on previously and hampering the game.

Unfortunately at the end of the main quest the game doesn’t let you continue playing like in Oblivion, so you’ll either need to load an earlier save to complete those unfinished quests, or start again. Thankfully starting again will show you the randomness and variety possible, which may be observed via quick loading anyway. Fallout 3 does let players create a few custom weapons, using items found in the world and sets of schematics they can build some very handy weapons. The inside levels including offices and subway tunnels can be a little confusing at times, and can take some time to exit, the blurry map doesn’t help. The downtown area is packed full of super mutants and many locations to discover; often the locations will be restricted from direct travel requiring some circling to arrive at your destination. Fast travel from any found location when no enemies are near ensures there is no tedious backtracking when delivering items or finishing quests. 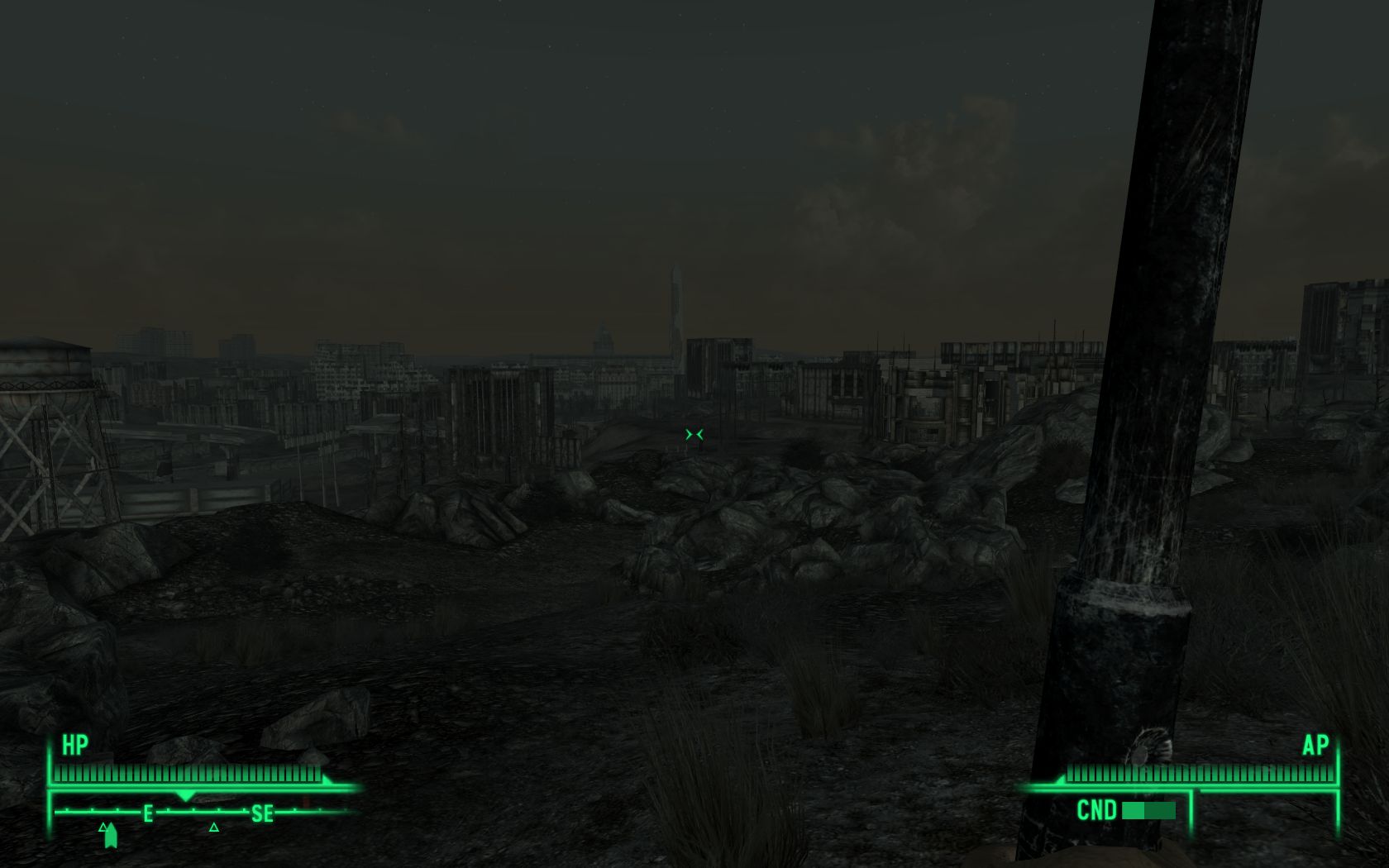 Fallout 3 is just what the mad scientist ordered for fans of Oblivion but with hopes of a darker, futuristic setting. The combat becomes solid with the VATS, the side quests are unique, deep and well put together. While there is probably not as much end content as Oblivion the existing quests will be more intriguing for those appreciative of the setting. The main story quests involving your father are shallow, short, paced badly and a poor representation of the rest of the game. The game may very well keep you thinking about it when not playing - what quest will I do next? How should I approach this situation? Where should I explore next? Ultimately the game is much like Oblivion with a very different setting and very big guns.

Our ratings for Fallout 3 on PC out of 100 (Ratings FAQ)
Presentation
85
The world is huge, lots to explore. Sound is decent with some good tunes via the pip-boy radio. Animations are clunky at best though.
Gameplay
92
Being able to go where you want anywhere on the massive wasteland is still as refreshing as in Oblivion. Coming across small outposts and undertaking quests however is only really the tip of the iceberg.
Single Player
78
The core missions (main story) are short and quite disappointing. They should be avoided for as long as possible to savor the rest before completing it.
Multiplayer
NR
None
Performance
(Show PC Specs)
CPU: AMD Athlon AM2 5600+ @ 2.9GHz
GPU: Powercolor Radeon x2900xt 512MB
RAM: 4GB DDR2
OS: Windows Vista 32-bit

89
Game runs really well and the load times are very quick, traveling to and from locations is fairly hassle free. Some little bugs that remain from Oblivion though (like getting stuck on objects).
Overall
90
Fallout 3 is an amazing experience. Each little corner of the wasteland has been crafted carefully and feels important to the big picture, a must buy. 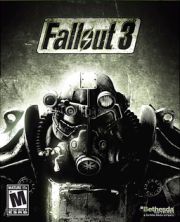 Our Review of Fallout 3
90%
Superb
The Verdict:
"Extensive exploration, interesting quest choice and fun character development."
Game Ranking
Fallout 3 is ranked #20 out of 1646 total reviewed games. It is ranked #2 out of 28 games reviewed in 2008.
19. Dragon Age: Inquisition
PC
20. Fallout 3