Routine crafting makes this life-sim all work and no play

Aka is a cozy life simulator where you play as the titular fox retiring from a war. Aka moves to a series of islands, leaving his violent past behind him, with the end goal of spreading his friend’s ashes. Of course, this is a great setup for a game like this. You have one main goal to aim towards, an emotional hook, and a reason to want to explore this island. However, what follows is a game that’s split in two. On the one hand, you have that wholesome life simulator as you meet other anthropomorphic animals with loose mystic qualities. But on the other hand, Aka presents you with systems that may feel typical - scavenging, crafting, resource management - but they definitely feel out of place here. 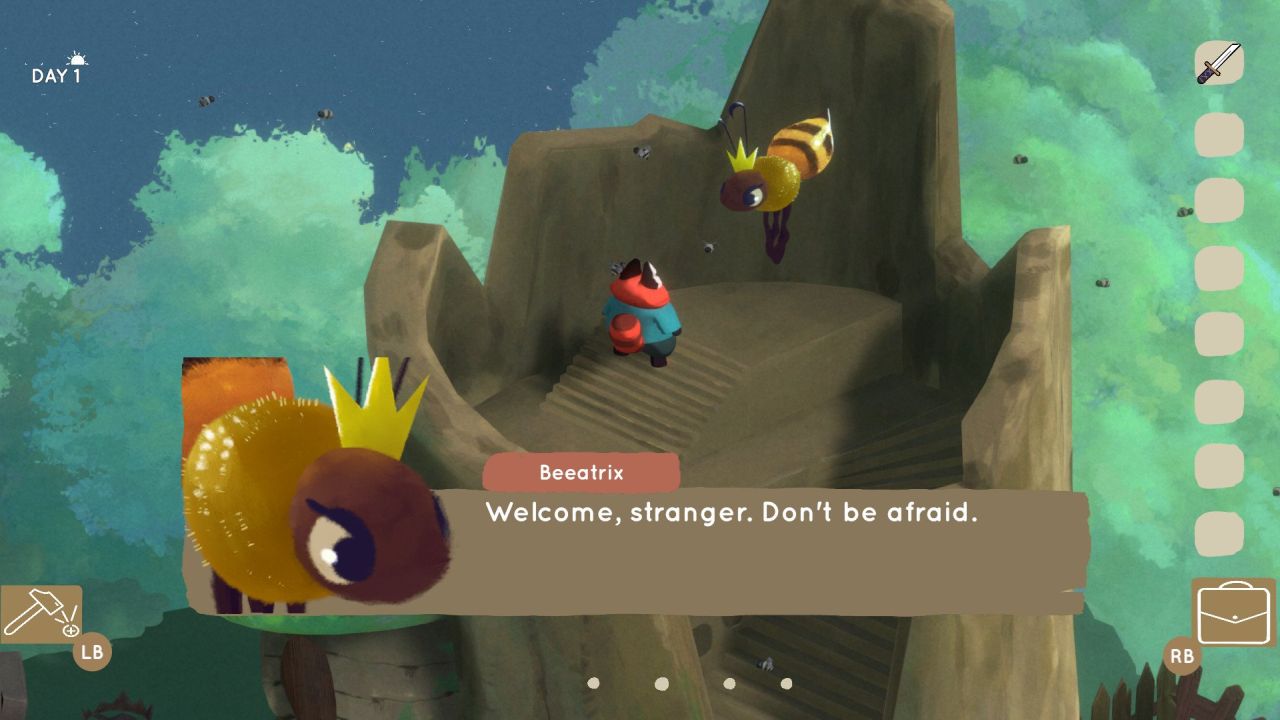 Aka gives you a lot of freedom from the very beginning. After an initial cutscene, you’re free to explore the island in any direction, as long as that’s within the game’s fixed camera angle. The fox is free to leave the house, meet NPCs and chop down grass. You’ll be collecting resources that go into your finite inventory and use them to craft more equipment, which can subsequently be used to gather more materials. The main annoyance is that inventory is severely limited at the start, so my playtime went a little like this: leave the house, walk around for five minutes until my bag was full, go back home to store everything in a chest, and repeat. It's a problem because of how often you’ll pick things up, from rocks and wood to seeds and plants.

At first, craftable items include your survival game essentials like an ax, pickaxe, hoe and a watering can - things that are used to gather more items. Beyond that, you can create things like decorative objects that can be placed around the island, and other items NPCs might request for quests. New recipes can be found by exploring or completing a series of side quests, but new recipes never allow for a level of self-expression that you might find in similar games.

The gardening system here is much more in-depth. Certain seeds will grow better or worse depending what other plants and wildlife exist nearby. If you want to master the gardening, there’s a lot of information to keep in mind and it can be quite satisfying to maintain a healthy crop. Most of the crops are also just used for crafting and cooking recipes, so you won’t be compulsively structuring a farm in exchange for money. 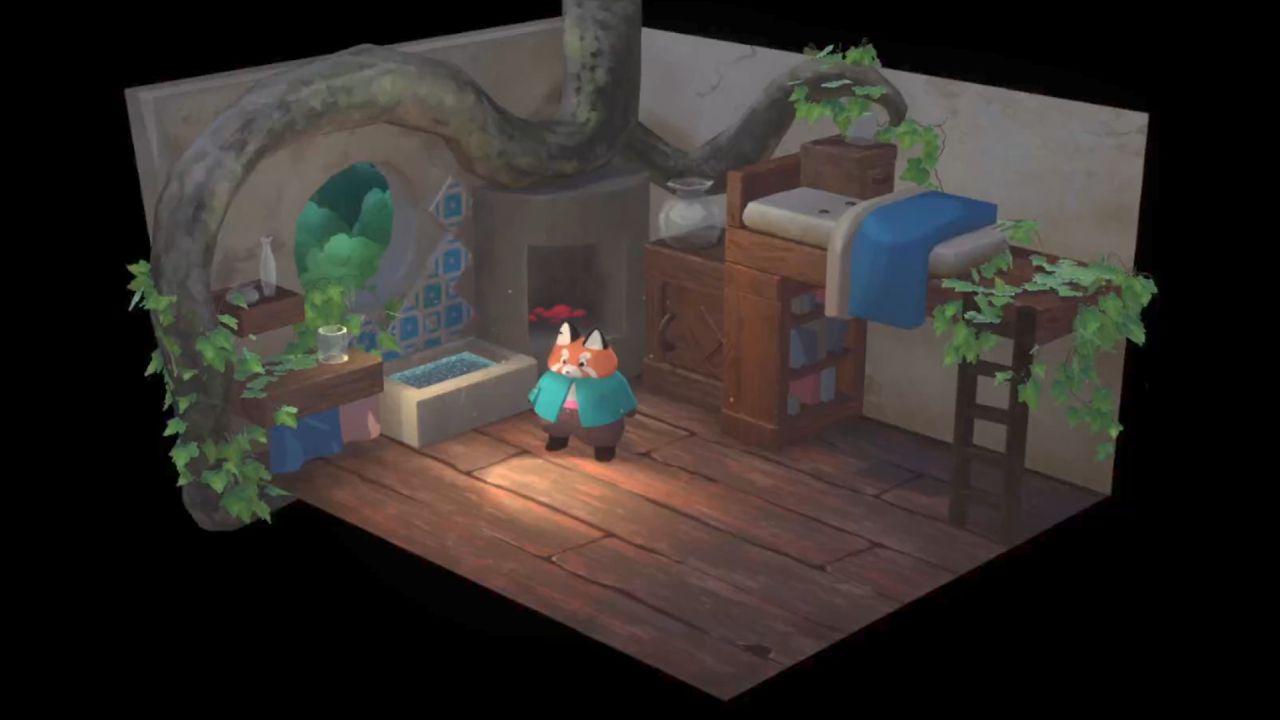 Even when your inventory isn’t a problem, these systems never gel with the rest of the experience. Keeping count of the number of ropes in my bag is slightly antithetical to the game’s other half, the relaxing life sim. It also doesn’t help that all the menus are somewhat cumbersome to navigate. I understand that these crafting systems give the game structure and a gameplay loop that can be expanded with new recipes and materials. However, a game like Animal Crossing: New Horizons added crafting mechanics without degrading the life sim aspect of the series. The crafting in that game was minimal, easy to use, and very legible. The same can’t be said of Aka since most NPCs will give you quests related to gathering and crafting items, and the limited inventory will mean that collectible items are always in the forefront of your mind.

Aka’s other major issue comes with the bugs. Not the cute critters you might find on the island, but the type of bugs that make a game inoperable. Most of the issues here are minor, such as UI elements sticking on the screen regardless of what you’re doing or animations not working correctly. One of the funnier ones had my foxy character sliding across the ground because the running animation wasn’t functioning. But the problem with Aka is that several minor issues, like wonky menus and long load times, add up to an experience that can be consistently frustrating rather than enjoyable.

The frequency of little issues is a shame since I loved the game’s world and the life sim portions. Aka’s aesthetics are beautiful and breezy. Exteriors are softly colored with warm hues across the forests, beaches, and towns you encounter. Interiors are so richly detailed they’d feel at home in a Studio Ghibli production. Other visual highlights include some creature designs, such as the dragon you might meet early on with an awkward snout and googly eyes that would give Banjo-Kazooie enemies a run for their money. 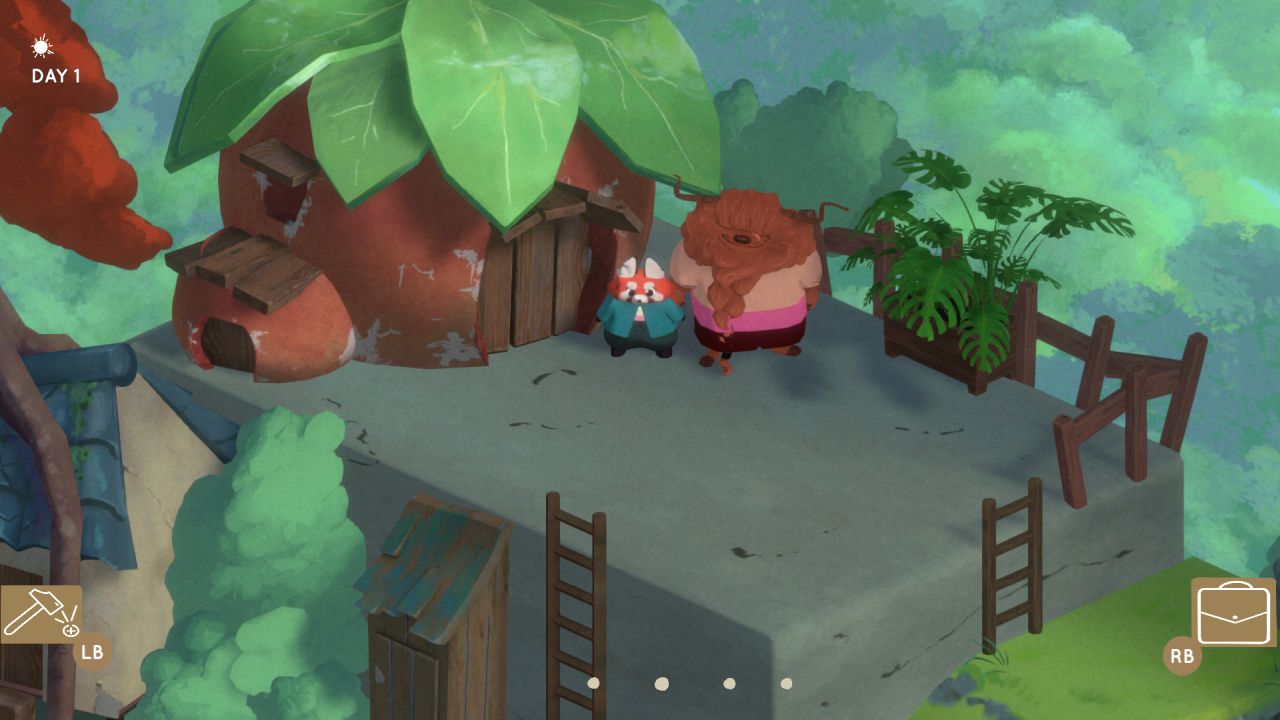 Apart from taking in the sights or chopping down wood, there’s a decent amount to do in Aka. There’s an oddly great collectible card game, a simplified Gwent, if you will. You can find a handful of NPCs to play against, and completing certain quests or talking to certain characters will unlock new cards for you to use. There are other mini-games, like a musical QTE you can engage in, but most of your time will be spent talking to the island’s residents.

Most of the characters are packed with environmental messages, and a fair few have a lot to say about Aka’s past (the character, not the game.) These characters give interesting insights into what Aka’s life was like before arriving on the island, and the emotional journey the character goes through is quite compelling as they struggle to leave behind a past of violence and live side-by-side with nature. However, not much separates one NPC from the other, and I would’ve appreciated a few more in-depth side questlines.

Overall, Aka is a world that I enjoyed moving through. It’s just a shame I had to engage with uninteresting and rote crafting systems to discover more of what I enjoyed. However, Aka is a game that can be completed in less than 5 hours, so the issues here don’t last long enough to become exasperating. If you can look past a handful of bugs and an uninspired gameplay loop, the rest of Aka is a charming, short journey through storybook environments for £10/$10/€10.

Our ratings for Aka on Switch out of 100 (Ratings FAQ)
Presentation
72
Aka is a pretty game with whimsical creature designs and a soft color palette.
Gameplay
56
Aside from a few mini-games, the core gameplay loop in Aka feels more like doing chores.
Single Player
62
The main story here is wholesome and deals with some sensitive themes around regret and respecting nature. But it never builds into something more emotionally resonant.
Multiplayer
NR
None
Performance
58
The game doesn’t suffer any frame rate drops on Switch, but Aka is plagued with a handful of minor bugs that lead to frequent gameplay interruptions.
Overall
58
Aka is an easy game to be charmed by, with an endearing world and uplifting messages. However, the routine crafting systems and frequent minor bugs lead to an experience that feels more like work than play. 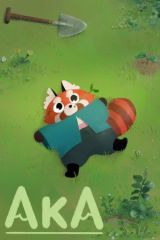 Aka
8 images added 31 days ago

Aka - Launch Trailer
Posted: 41 days ago

All videos for Aka (1)
Advertisement ▼