A hallucinogenic trip through space

After playing High On Life for an hour, I almost felt like I was in some hallucinogenic dream. Intergalactic scum has attacked the earth to turn the human race into drugs so they can get baked. A satirical talking gun has helped me escape by transporting my house to a strange alien planet using a microwave. And now, a homeless ex-bounty hunter has moved in, while I sit next to him on the sofa, watching the 1994 B-Rated film Tammy and the T-Rex. 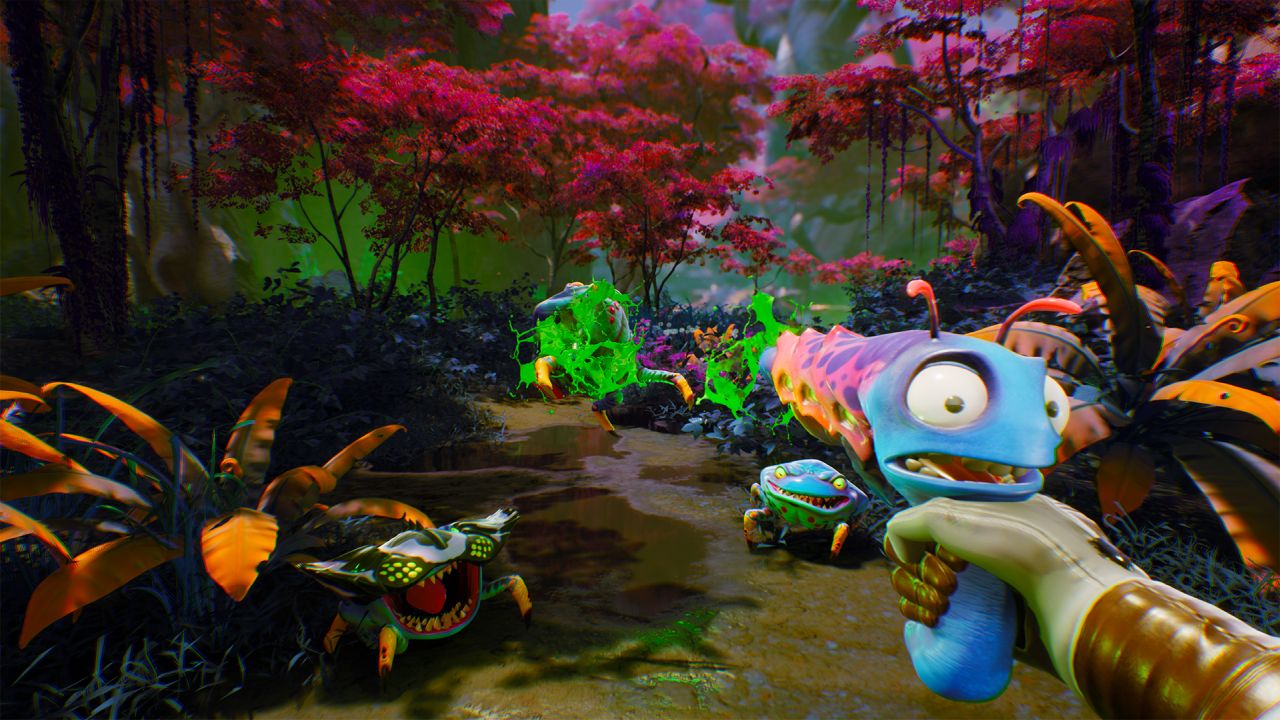 If this sounds completely ludicrous and outlandish, consider that High On Life is the latest game from developer Squanch Games, founded by the creative mind of Justin Roiland, one of the co-creators of Rick and Morty. If you're a fan of this type of wacky narrative structure, you'll probably glean a lot of fun from this comedic shooter. Amid the chaos, you play as a nameless young teenager who, by sheer luck, finds an extraterrestrial talking gun called Kenny, who helps you and your sister escape by transporting your house to an alien town called Blim City. Soon afterwards, you acquire a suit from an ex-famous bounty hunter, Gene, in exchange for living at your house as he is homeless. You then begin your quest to chase down the evil trafficking organisation known as the G3 to save the human race before it is too late.

High On Life oozes with absurdist humour, profanity and ridiculous situations that will make you physically laugh out loud. Unsurprisingly, the whole game feels like a massive episode of Rick and Morty, as you are continuously being swept along by a bizarre chain of events. This feeling is even more reinforced by the eccentric characters you meet, as nearly every character will have some pathological personality trait, from Kenny being easily agitated to Gene harbouring bitterness about his heydays being over as he sits on the sofa all day.

My only nitpick is that the jokes are arguably not as intellectual. Even though most people tune into Rick and Morty for the mindless gags, if you look at the show through a different lens, the show delves into many dark philosophical concepts. That's not to say High On Life doesn't do this because the game definitely touches upon themes such as absurdism, but these topics are not explored as well in comparison. That said, this isn't a big issue and doesn't remove the oomph factor from any of its crude or silly jokes. Do we really need a deeper meaning to alien farting on a drum set? 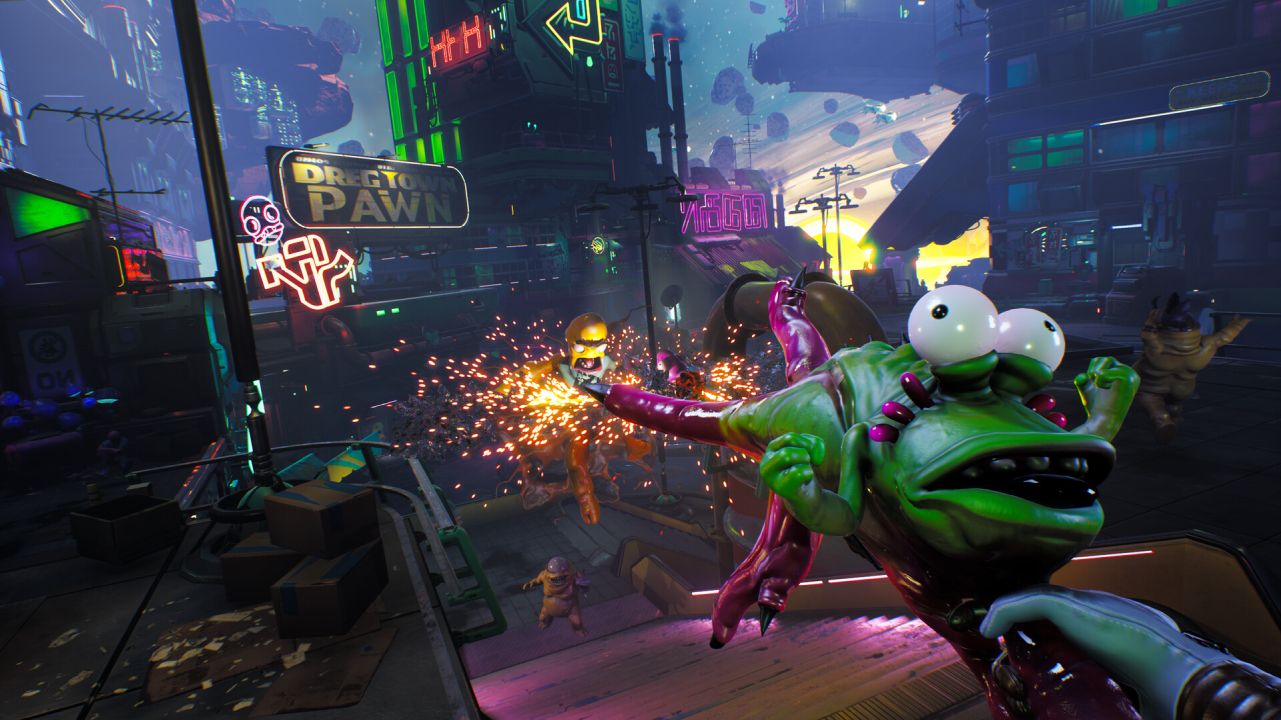 You'll travel to various alien planets to assassinate one of the many honchos of the G3, but to reach these dastardly foes will require you to shoot extraterrestrial lowlifes and navigate through maze-like structures, with many puzzles and platforming segments. The shooting mechanics are not the most elaborate. In the beginning, you'll only have Kenny, which is pretty much your standard hand-gun and feels like the M6D Pistol from the Halo franchise, but as you progress through the story, you will require an arsenal of wacky-designed extraterrestrial weapons that will aid you both physically with firepower and metaphysically with humorous observatory remarks. One weapon, called Gus, is a good moral character who attempts to see the best in others and acts like a glorified shotgun. Whereas the only close-combat weapon in the game, a knife ironically called Knifey, is flat-out sadistic and enjoys inflicting pain on his adversaries. However, if you're not a fan of the constant idle chit-chat when shooting intergalactic freaks, or you're not gelling with the philosophical disposition of a particular gun, then you can choose to turn down the amount of commentary given by your weapons in the options.

Unfortunately, there's not much diversity in the enemies you fight during the game, making some later portions a bit stale. Luckily, you can spice up the combat as each gun has a unique ability. For example, the do-gooder gun Gus can pull enemies towards him like a vacuum cleaner and can also shoot out massive discs, which is excellent for damaging multiple opponents. Overall, the combat action is chaotic, silly and, most importantly, fun. 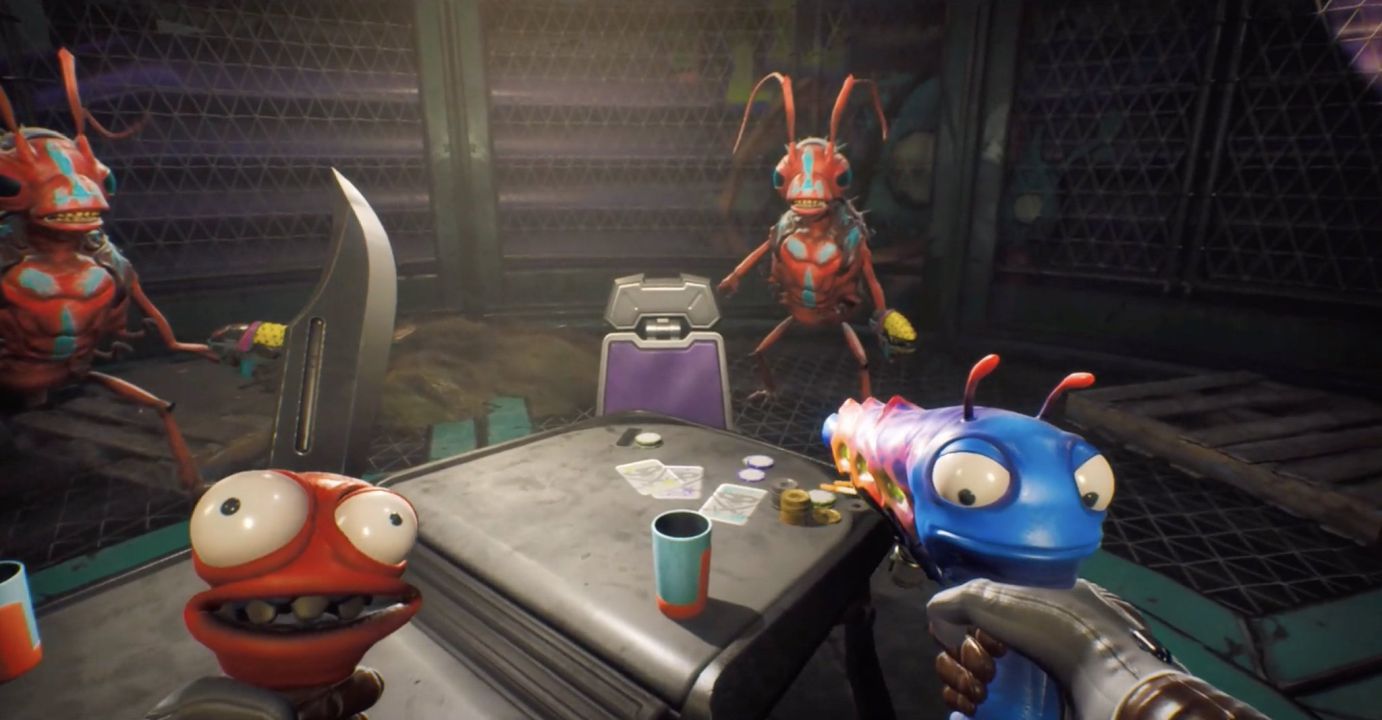 While hopping from planet to planet to hunt down your targets, you will travel through a range of distinctive environments, including a rundown slum town, an overgrown jungle, and a vast desert you would expect to see in a western spaghetti film. Initially, there will be certain parts of the environment that you will not be able to reach. But this is where your foul-mouthed weapons come into play, as you can use the previously mentioned abilities of your guns to aid you in solving puzzles and gaining access to previously unreachable areas. For instance, you can use one of Gus's abilities to wedge discs into rocks to create new platforms, use Knifey to zipline, or use Sweezy to slow down time in combat as well as to get past vent blades. There is also a jetpack that you unlock later on, which makes travelling through the open environments far more enjoyable, as you can reach higher platforms quickly.

It's worth going back to previous locations after you unlock these new methods of traversal, as these locations will often have treasure boxes that will give you pesos, the in-game currency that you can use back at Blim City. You can upgrade and mod your bounty-hunter suit and weapons to obtain perks. However, I wish the upgrade system was a bit more in-depth, as I rarely felt compelled to go grinding for pesos, as the upgrades felt very generic and unexciting.

Exploring the city itself is reasonably fun as it's a makeshift futuristic town, and conversing with alien locals is always humorous. Probably my favourite aspect is heading back to the house in-between missions, as Gene will always have some fault-finding words to embark onto you, and there is always some political propaganda advert or B-Rated film you've never heard of playing in the background on the TV, that you can sit down and watch, which adds to the ridiculous odyssey of everything transpiring. 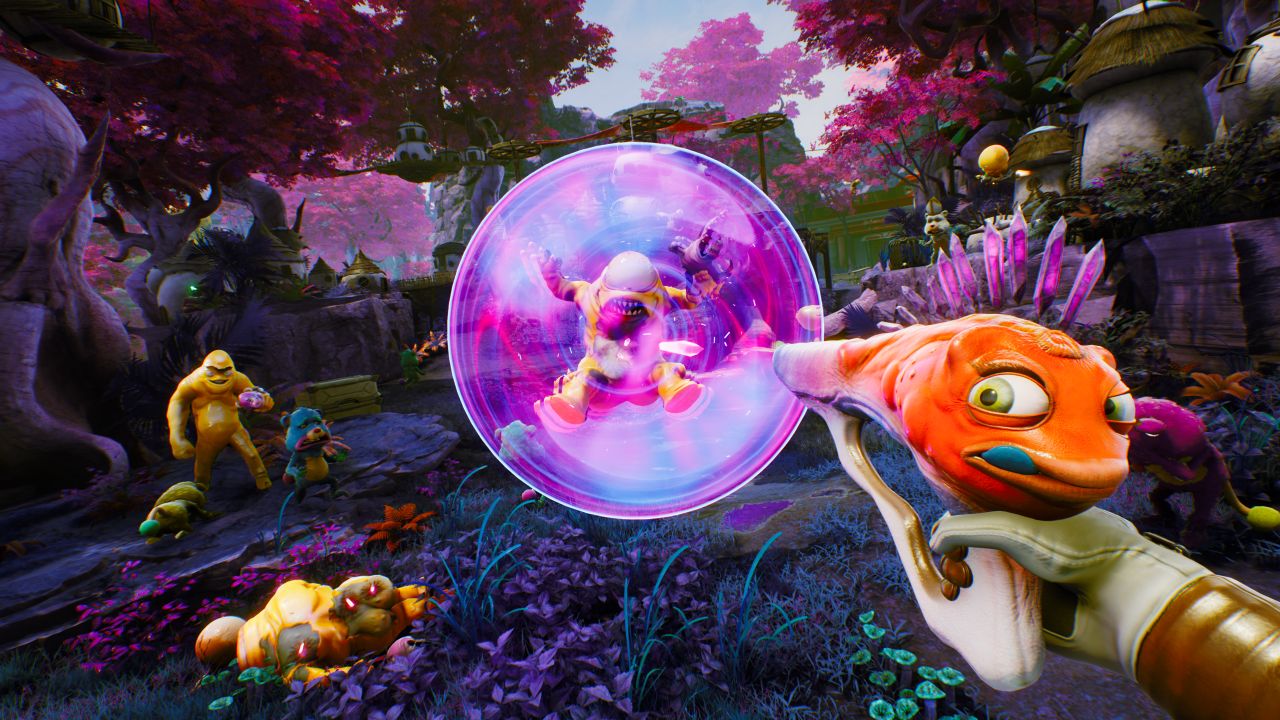 Sadly, there were quite a few technical issues in the performance department on Xbox One. It can sometimes take a minute or two for a new location to load, and there are also a noticeable amount of framerate drops, especially in the early parts of the game. That said, my main grievance is the audio overlay, as the characters have a habit of talking over one another, making it hard to follow what everyone said, which obviously hurts the fantastic dialogue, one of High On Life's best aspects. If these issues were just isolated incidents, then it wouldn't be too bad, but in accumulation, it's hard to say it doesn't dampen the experience moderately.

High On Life is marmite, you're either going to think it's one of the best comedy games in recent memory, or it will be the antithesis of what you despise. Fortunately, I'm in the faction of finding it hilarious and found myself laughing throughout the twelve-hour campaign, as it's a whimsical game to have some mindless fun. Although, it's worth bearing in mind that you're not playing for its elaborate shooting mechanics but rather for its well-constructed and ridiculous narrative. It has some performance issues, but it's a highly enjoyable game if you like Justin Roiland's brand of comedy.

Our ratings for High On Life on Xbox One out of 100 (Ratings FAQ)
Presentation
70
The intergalactic space locations are depicted relatively well, making the different planetary environments enjoyable to pass through.
Gameplay
72
The shooting mechanics are not the most in-depth or elaborate, but killing extraterrestrial lowlifes is good fun. In addition, solving puzzles and navigating through platforming segments are fun brain teasers.
Single Player
85
In true Justin Roiland fashion, the story will take you through an intergalactic journey filled with absurdity, ridiculous amounts of profanity, and wacky scenarios. The character's satirical commentary also adds to the great layering of the plot.
Multiplayer
NR
None
Performance
60
On Xbox One, loading new locations can take a while, and there are a few noticeable frame rate drops. The audio overlay disrupts the dialogue exchanges on occasion.
Overall
77
High On Life unapologetically caters to advent fans of absurdist comedy, which overflows with expletive language and wacky scenarios. Lack of enemy variety and performance issues may be a deterrent for some, however. 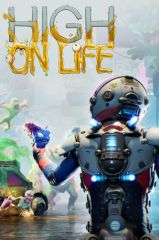 All videos for High On Life (2)
Advertisement ▼