A brief but atmospheric puzzle game

There's a wide variety of puzzle games that can be found on digital storefronts at any given point. Some appeal with their difficulty, others with cleverly interwoven storytelling, and some with pure visual spectacle. But there are also more personal, subdued experiences, and the latest such title is The Forest Quartet. This puzzle game hopes to combine a brooding atmosphere with a touching story and a musical inclination. 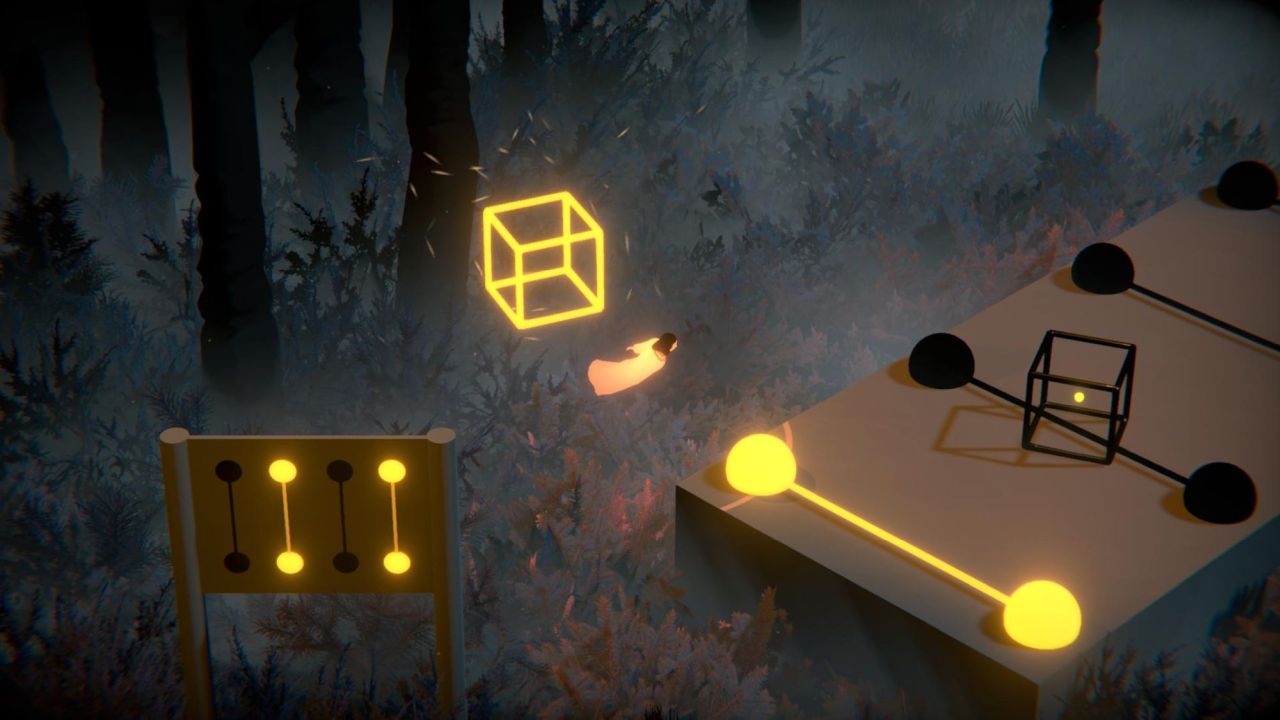 The game takes place in a mysterious forest, where a jazz band has apparently taken up residence. Their vocalist Nina recently passed away from an illness, and now the band is planning to host a memorial concert in her honor, as a chance for them and their fans to say goodbye. However, the band has seemingly lost confidence without their leader, and its three members are cooped away in their forest homes. As the concert draws near, players take control of Nina's ghost, who sets out to clear the forest of its darkness and get the band back together.

It's a bit of a strange choice to have players control Nina's ghost, literally as she rises from the grave and begins to float around the forest. But it sets the tone for the game's unique and atmospheric setting. In third-person with a fixed camera in a 3D world, players will float around linear sections of the forest, separated into three areas – one for each band member. There are no navigational challenges as this is a purely linear experience, though you will often pause in an area in order to solve a puzzle. The puzzles involve interacting with arbitrary contraptions, turning on power sources, and moving objects between different interactive elements within the area. Each section of the forest introduces new mechanics, and keeps the players engaged. Completing these puzzles clears out parts of the darkness that has consumed the forest, and offers new audio clip interviews with the band members. The interactivity is fairly limited, and is easily identified by glowing elements. 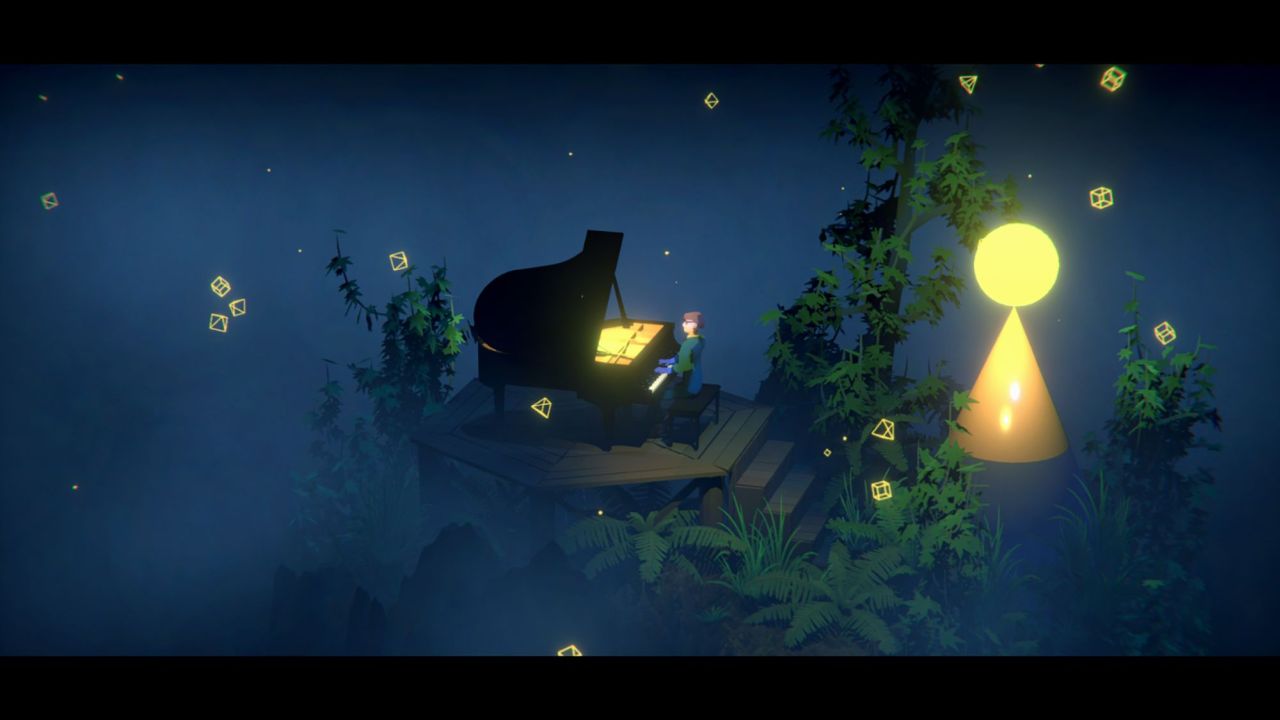 The Forest Quartet is a fairly simplistic but decently satisfying puzzle game, but what it also wants to be is a touching story about a group of musicians that have lost their way. In that, it's only moderately successful. The band members discuss their previous mental health struggles, and how Nina brought them together and took them into the forest, where their troubles apparently melted away. And in the process of the game, you help each member battle their abstract issues, and overcome them for the sake of putting on a show. The message is somewhat undermined by very casual delivery from the amateur voice actors who are not native English speakers.

Another area where the title stumbles is its obvious missed opportunity to be a musical game. As each section of the forest is dedicated to a musician and his instrument, there was great potential here to introduce solo or minimalist music involving that instrument. However, apart from the finale, the game pretty much lacks music entirely, and doesn't at all feel like a musical product or inspiration. That's not to say it's not very atmospheric – as mentioned, exploring the dark forest and bringing it back to life is decently enticing, and the nice art style draws you in. It's quite a pleasant visual experience – just sadly, not a musical one. Even so, the game utilizes a variety of quite unique and strange audio effects as you interact with the puzzles and the forest. 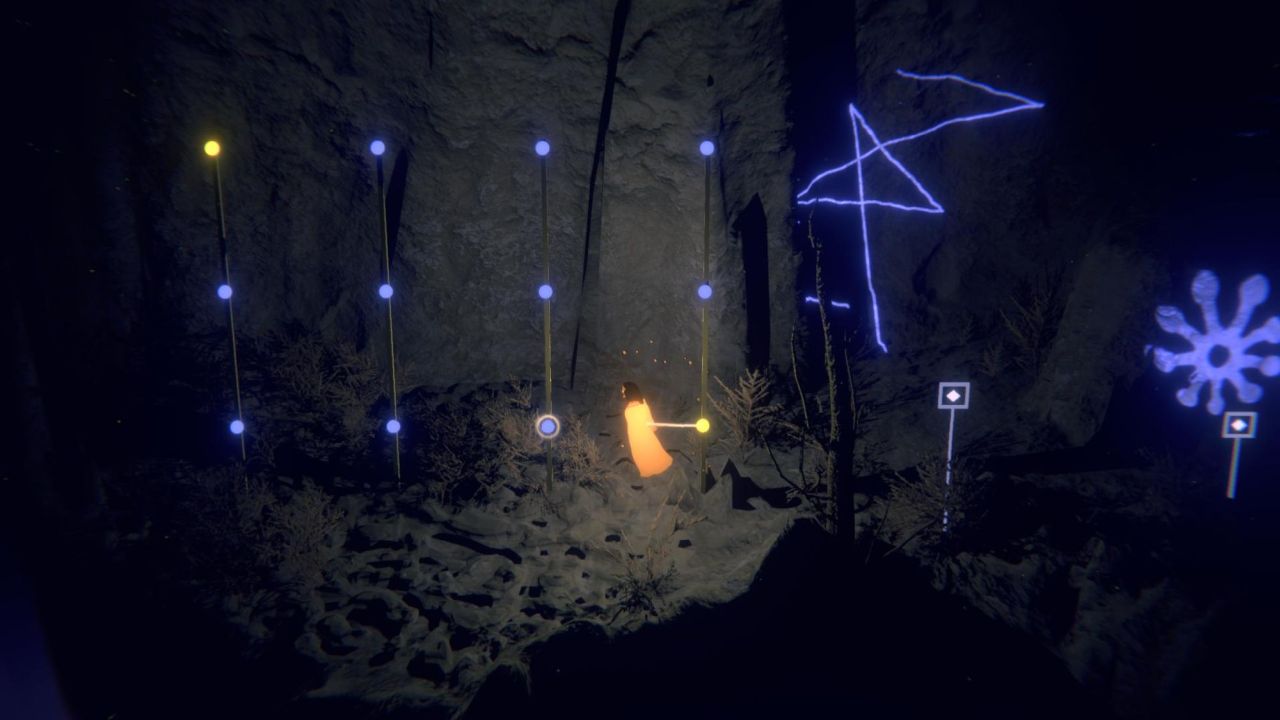 With its nice visuals, the game is not overly demanding on hardware, and should run well on a variety of systems. You can play with either a controller or a keyboard; there is no mouse or cursor support, though it's not needed. One strange mishap is the fact that the game cannot be paused – bringing up the menu via escape does not stop the action, so you could miss dialogue. The options themselves are fairly limited, with just resolution and shadow quality to be tweaked, and the ability to run in full screen or windowed mode.

The Forest Quartet is a decently atmospheric game that should satisfy fans of puzzle solving first and foremost, as its attempts at touching storytelling and being a musical experience fall a bit flat. The whole thing is also only about an hour long, though with a $10 asking price, that's not too bad. The visuals and sound effects are well done, and if you're looking for something a bit off the beaten path, it's worth a look.

80
No issues encountered. No ability to pause.
Overall
65
The Forest Quartet is a nicely atmospheric puzzle game that is over a bit too quickly and doesn't live up to its musical inclinations. 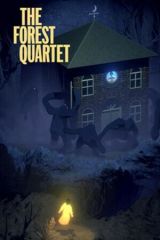