A charming homage with supersonic speed

Lunistice is an indie game that pays homage to the PSX and Dreamcast generation of 3D platformers with its endearing polygonal graphics, hyper soundtrack, and supersonic speed. Despite its several old-school inspirations, the title still manages to race ahead and create its own path through interesting level designs and solid controls. Better yet, Lunistice might just be the best value for money of the year as it's priced at $5/£5/€5. 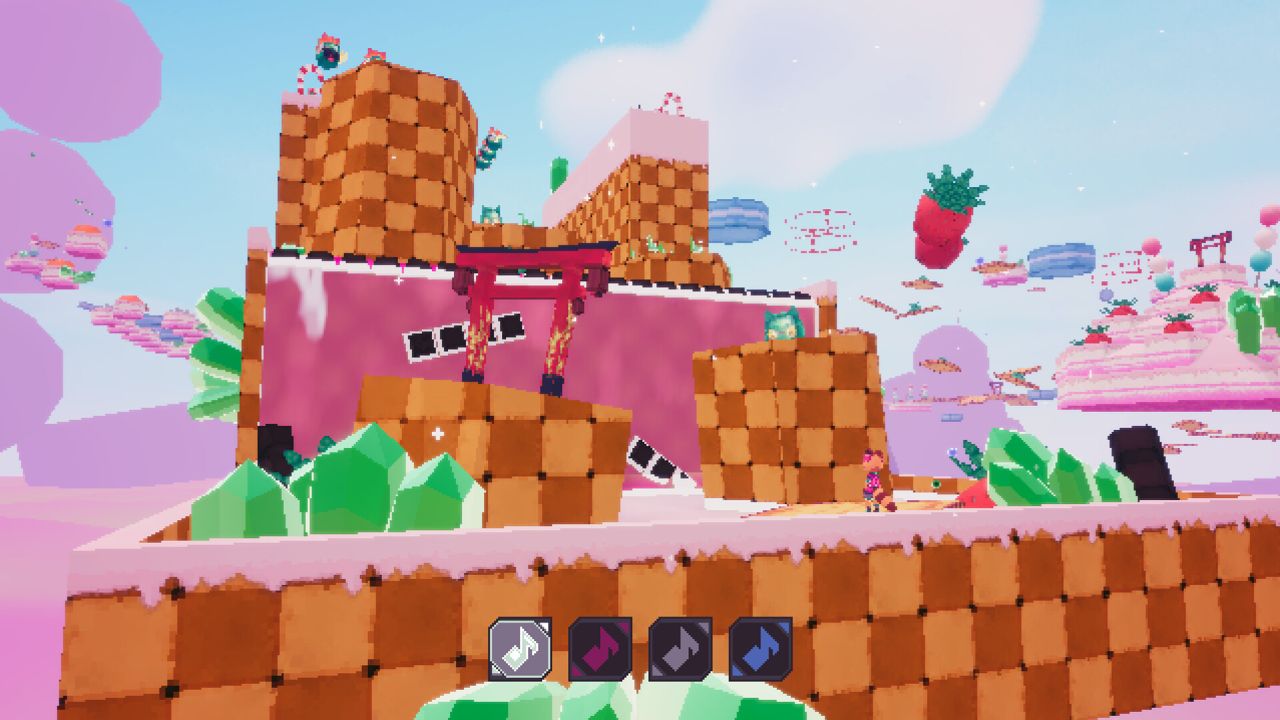 The setup here is relatively straightforward since, again, this is a pure, old-school platformer. You play as starry-eyed Hana (who's either a tanuki or a fox?) as she travels through 15 stages inspired by her own memories. Gathering collectibles will reveal more and more of the narrative, which I won't spoil, but it's clear Hana is in some sort of simulation that's recreating her past. The story is mainly told through optional readable documents, rarely interrupting Hana from speeding her way through the levels.

In terms of movement abilities, Lunistice doesn't reinvent the wheel. You have your classic jumps and double jumps, and Hana also has a tail whip that can act as an attack against enemies or a triple jump to close distances - think Super Mario's tanooki suit. In addition, you'll have the choice of holding down a button to slow down movement, allowing you to perform more precise jumps or cross narrow bridges when the game wants to slow down.

You can unlock different characters at the end of the game, but these are mostly cosmetic and stat changes. One of the characters has a triple jump, but they don't leap as high, for example. There's no groundbreaking gimmick here, but Lunistice stays exciting thanks to its varied levels, which can change how you interact with the game.

Thankfully, I never encountered camera problems during my playthrough since Lunistice doesn't feature any interior environments. This means the action is firmly centered and annoying, unfair deaths are limited. 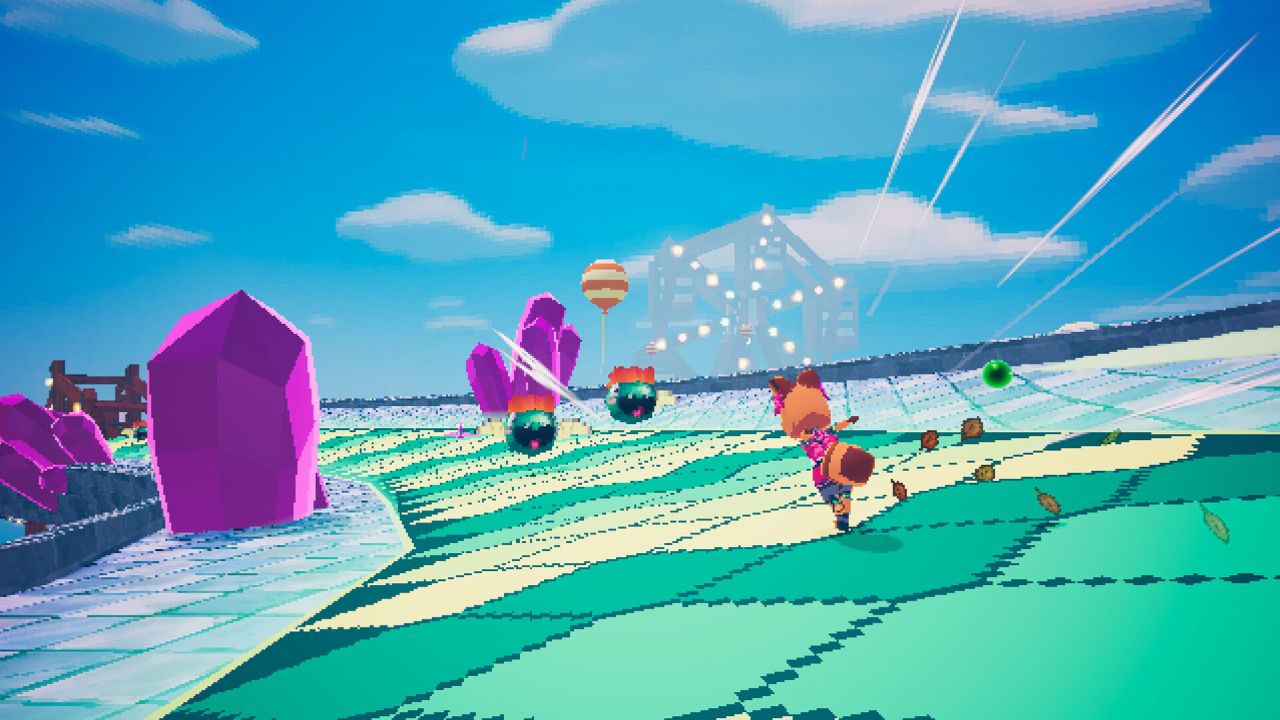 The levels themselves are mostly great in terms of aesthetics and unique challenges. In classic platforming fashion, each pair of levels is inspired by a different theme that affects their presentation and gameplay ideas. For example, there are a couple of stages inspired by water parks that effortlessly put you in a summertime mood with sandy floors, bouncy beach umbrellas, and bright blues in every corner. However, since these levels play in Hana's memories, they're all contorted in some ways. Platforms will hover in the air unnaturally, or trees will hang from the sky rather than grow upwards. Other highlights include a world made up entirely of foodstuff and a psychedelic recreation of space. It's all fascinating to look at, and if you're into retro 3D graphics, Lunistice is a good-looking game to boot.

But these stages also bring new gameplay ideas. The aforementioned water stages introduce water bubbles that fling Hana across the level before bursting and giving back your control. Water streams also increase your speed even more, making it difficult to turn corners and sending you flying when you press the jump button.

Almost every level introduces a new obstacle to overcome, whether that's strong winds that push you off platforms or platforms that vanish and reappear in time with the music. Most levels are simple A-B linear affairs with a few diverging paths for secret collectibles, rather than the sprawling playgrounds you'd find in a collectathon game. However, my favorite level, the autumnal, upside-down forest plays with this formula. It introduces a series of different routes you can tackle in any order, all leading to the main objective. Lunistice's flurry of new ideas is perhaps its biggest strength, consistently throwing new things at you and keeping the playthrough fresh as a result. 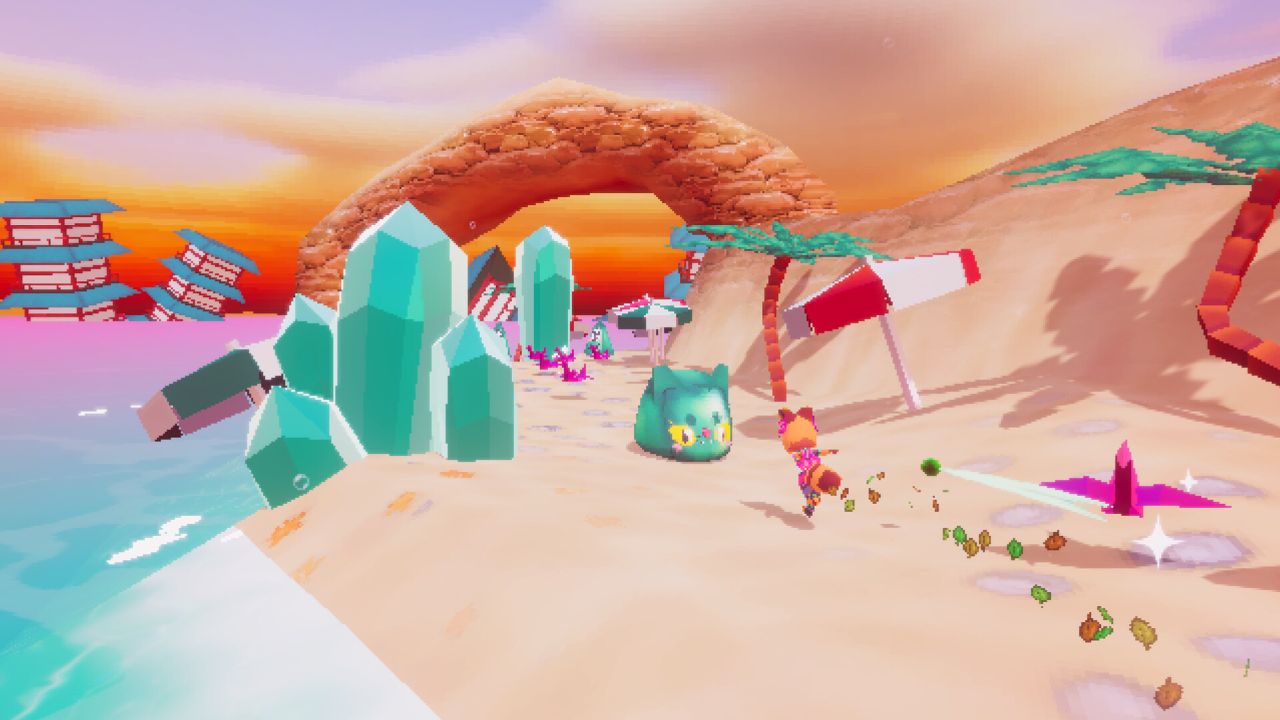 Lunistice is so easy to enjoy because of how much it achieves with its small scale, but that doesn't mean it's not compromised in a few areas. It can be an extremely tough game at times. High speeds, tight platforms, and a barrage of obstacles can be a big challenge, which I'm a fan of. But some of the obstacles are more frustrating rather than satisfyingly difficult. Some sections feature tiny platforms you need to get across, which is doable with the game's slow speed button but makes missing jumps feel like a pain. It's also just not that fun. Lunistice is at its best when you're barreling through distorted memories, whizzing past enemies, and chaining jumps together. The joy in Lunistice doesn't come from agonizing over small platforms. Thankfully, the game will respawn you at the last checkpoint, which is never too far away.

I've mentioned the collectibles a few times, but I'm not really a fan of how this game handles them. First, there are four letters in every level that spell out our hero's name, H-A-N-A. Then there are ~100 cranes in every stage - little origami thingies. Then there's one Golden Key on every two levels and one document on every other level - these documents shed light on the story. Then you're scored based on how many cranes you collect and how many times you've died in one level. It's all a bit convoluted, and the game poorly explains what each of these collectibles does. Collectibles are a great excuse to incentivize exploration and add secret areas to a game. Still, when their purpose isn't clear, it can be a bit confusing, making exploring feel more like a redundant chore rather than a rewarding experience.

Despite a few nitpicks, Lunistice is a surprisingly ambitious game. When the speed of Hana's movement matches the speed at which new ideas are thrown your way, Lunistice is at its best. Every few minutes it has something fresh to show you, and the game feels genuinely excited for you to see it. However, if you're looking for a generational leap in 3D platformers, Lunistice isn't it. It doesn't reinvent the wheel, but it lovingly bows its hat at the classics that came before, giving us more of what we love for a nominal price.

Our ratings for Lunistice on Switch out of 100 (Ratings FAQ)
Presentation
72
Lunistice is full of fun, trippy worlds covered in a retro art style. It does reuse many assets, though.
Gameplay
75
The levels all introduce new ideas, and Hana feels great to control at super high speeds. The game occasionally trips with some frustrating precision-based platforming.
Single Player
65
The story is appropriately bare for a game like this, where the focus is the gameplay. However, what's here could be more fleshed out.
Multiplayer
NR
None
Performance
90
Even in the game's fastest moments, Lunistice doesn't drop a frame on the Nintendo Switch.

Overall
72
Lunistice is a throwback to classic 3D platformers of yesteryear. While not particularly innovative, it's hard not to be charmed by its creative designs, incredible score, and frenetic movement. 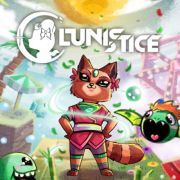