Now you're thinking in reverse

Go back 15 years and you will find something incredible that changed the puzzle landscape. Portal came out in 2007 and its success has influenced countless first-person puzzle games in the years following. The short and sweet game from Valve packed a huge punch and it is probably one of the most important games from the last few decades. The Entropy Centre is another game built off the simple puzzle-room formula that Portal made so popular all those years ago. Instead of moving through portals, you move objects backward through time. While not quite as refined as its companion-cube inspiration, The Entropy Centre is smart enough to earn a place beside many other good puzzle games influenced by Portal. 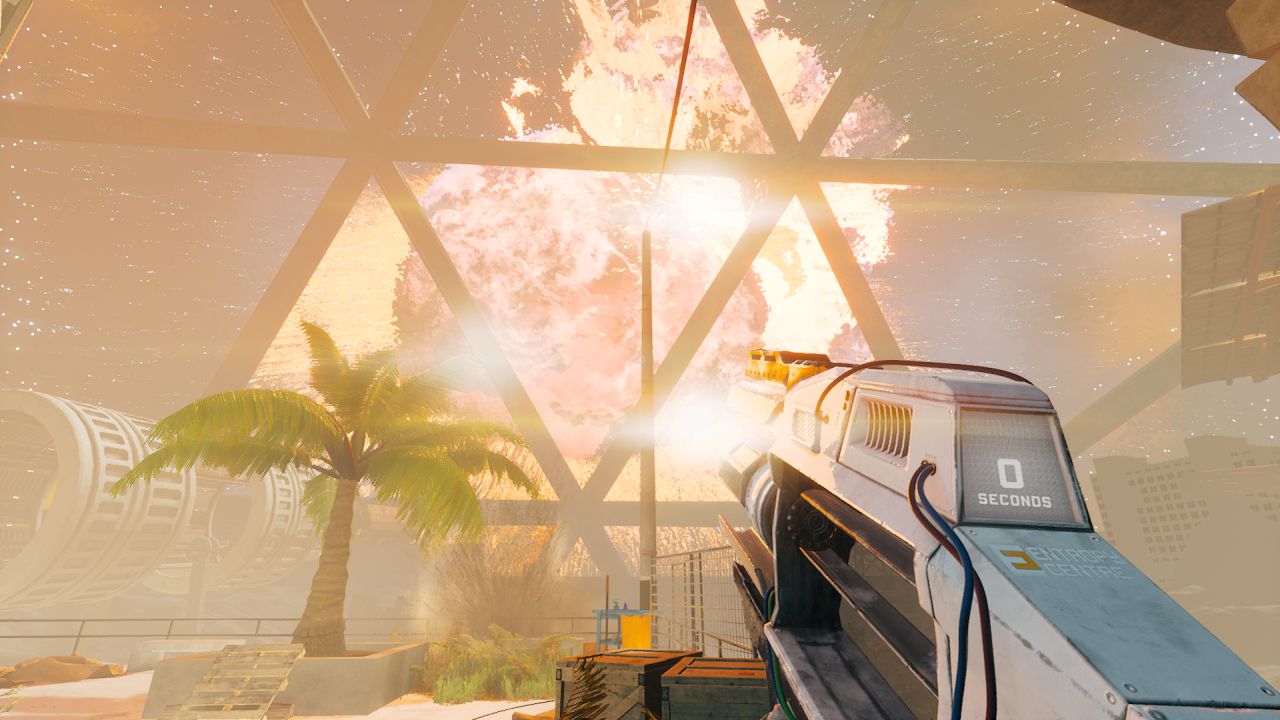 The Earth has exploded. What’s an inconvenience for 8 billion people is, for you, something that must be undone. You play as a puzzle operative, Aria, who works for The Entropy Centre, situated inside a tropical biome on the Earth’s moon. The Entropy Centre was designed to avert global disasters by rewinding the Earth and sending pertinent information to prevent any catastrophe: meteor strikes, plagues, extinctions, expired milk, and the like. To rewind Earth, energy must first be generated by solving puzzles. Then a big cannon shoots the Earth back into the past long enough to fix whatever broke.

When Aria wakes up in her own room on the moon base, her fellow puzzle-operatives are missing. Ghostly visages of human shapes can be seen lingering around the base as she explores the interior. Terminals reveal information about previous occupants via email chains and presentation slides. Apparently, this particular cataclysm was a tough nut to crack. The base is also overgrown with lush plants that have propagated in from the exterior biome. How long has it been? Where is everybody? Aria has forgotten. But you must find a way to generate enough energy and turn back time, and also repair the generator along the way. Since pieces of the Earth are hurtling outward, all of this has to be done before the Moon explodes too.

While Aria is the only human alive, she’s not alone. The base is home to a few service robots, most of which are hostile to Aria. Most important of all is ASTRA, the AI companion that is paired with the Handheld Entropy Device (HED) that is used to send objects back through time. ASTRA is designed to help you solve puzzles, and provides compliments whenever appropriate with clapping icons and facial expressions that show up on the device’s digital screen. She explains new puzzle elements and provides tidbits about the base itself. ASTRA is a likable and energetic AI companion who makes the occasional funny comment. It helps to keep the loneliness in check. The pair work nicely together, and are voiced well. 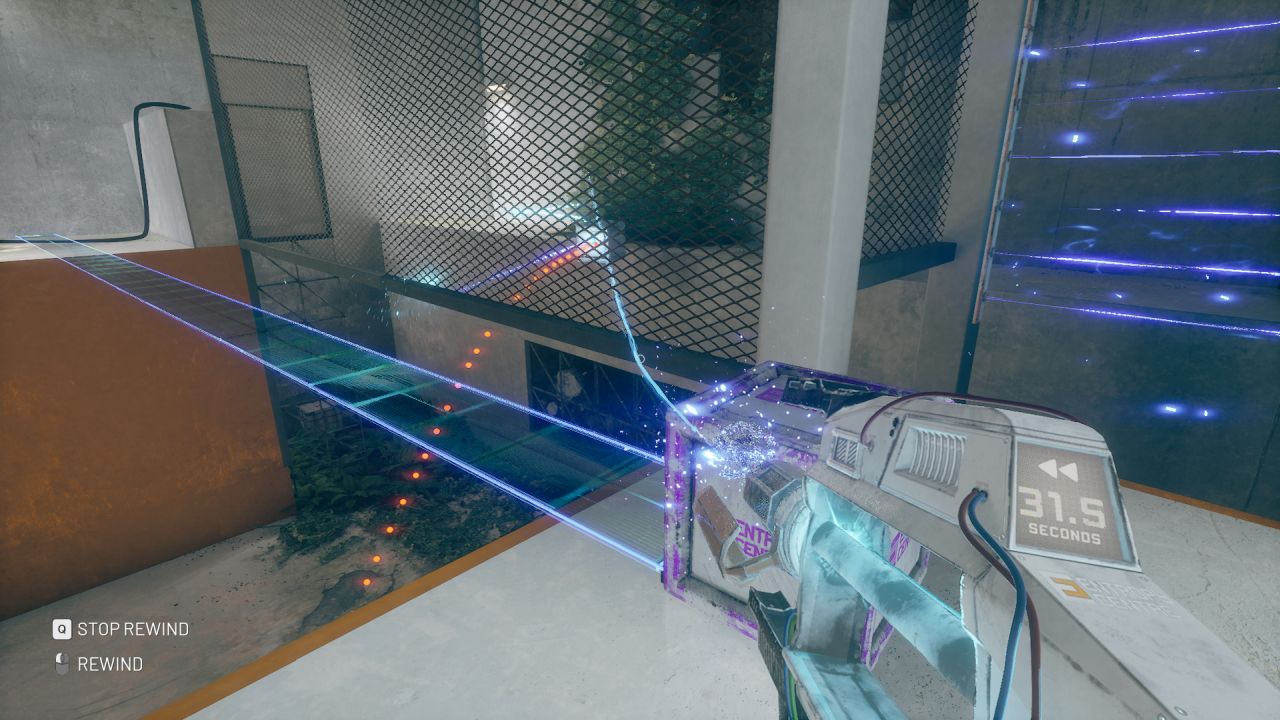 To get enough energy to save the world, Aria must complete a series of puzzle chambers. These rooms have familiar objects: boxes, pressure switches, elevators, conveyor belts, lasers, jump pads, and light bridges. Solving each one requires you to ‘shoot’ individual objects backward through time with the HED. You can also ‘pause’ an object, so it resumes its physical existence and falls with gravity. So it is basically about thinking in reverse. What is the last step to get through to the exit? What about the one before that? Work backwards and then repeat those steps in forward sequence. The game throws a few curveballs, like gates that turn boxes into bounce pads or bridges. There are also barriers that cause the HED to forget the past, preventing some obvious solutions. In addition, the HED only has 30-40 seconds worth of rewind time. Objects that travel on lengthy paths might not get to where you want them before that time expires. And so you navigate efficiently, moving items by hand, thinking backwards, and then shooting everything in order to get to the exit.

The difficulty curve for the chambers is quite good. Aside from when a new element is introduced, which tends to have an overly easy demonstration, the challenge is fairly linear. It really does get you thinking about progression in the opposite direction. Most puzzles will take a few minutes to solve, although some later ones require minutes of cogitating, after some failed attempts. The harder puzzles are typically bigger areas with more moving pieces. Puzzles can and will break, but they can be reset easily with a switch that returns all objects to their initial positions. 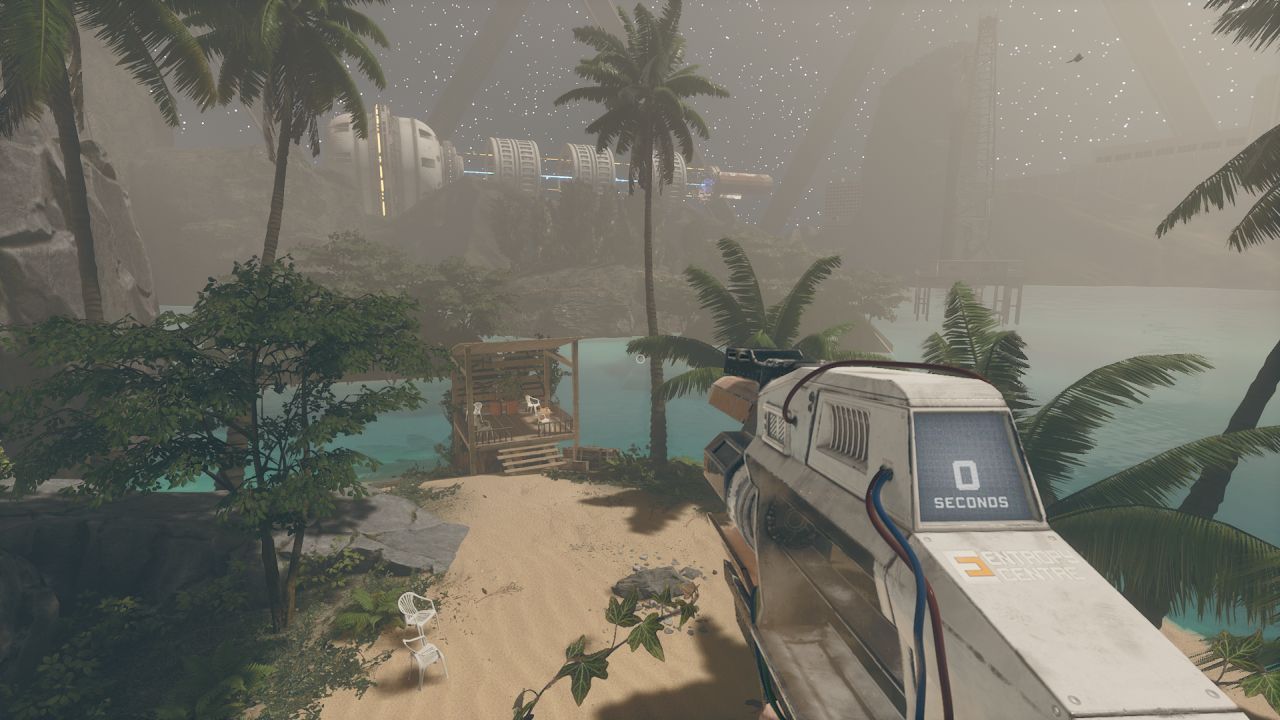 Some of the adventure takes place away from the dedicated puzzle chambers. At regular intervals, Aria gets to explore the cavernous backrooms. Since the base is falling apart, you will have to rewind falling gangways and collapsing columns, often with a time limit to encourage rapid navigation. Sometimes hostile robots will appear, shooting deadly projectiles. You can pick them up and throw them, or rewind the projectile back to its point of origin for a big boom. Aria also gets to explore the lush tropical biome outside, with idyllic beachside views. Aside from it being a nice visual contrast to the puzzle rooms, the exterior spaces are bigger; they still involve puzzle elements but without as much rigidity. These breaks from the regular chambers help the pacing dramatically, although, at eight hours long, the game still needed a bit of a trim.

Some puzzles also lack refinement. Most problems are associated with things that collapse, like columns or stairwells or crumpling boxes. You need to stand on some to access the areas above, but it’s a little clumsy, without much room to carry or place objects. Things also go pear-shaped when advanced movement is required. You will need to jump onto bounce pads after going along conveyor belts at speed. The conveyor belts are sticky and getting the jump timing right is harder than it should be; bounce pads do not give enough momentum when landing off-centre. This leads to attempting jumps numerous times, and it gets tedious if objects need to be moved back along their reverse-paths again.

While puzzles are a little finicky, at least the game looks great. With familiar white puzzle rooms and sprinklings of green foliage, the visual design is quite reminiscent of Portal 2. Side rooms have knick-knacks, alongside computer terminal messages, to make its previous occupants spring into fictional existence. And showing a destroyed Earth at regular intervals keeps both the main goal and threat in focus. While the level design is usually quite simple in the chambers themselves, it is more than adequate for this puzzling journey. 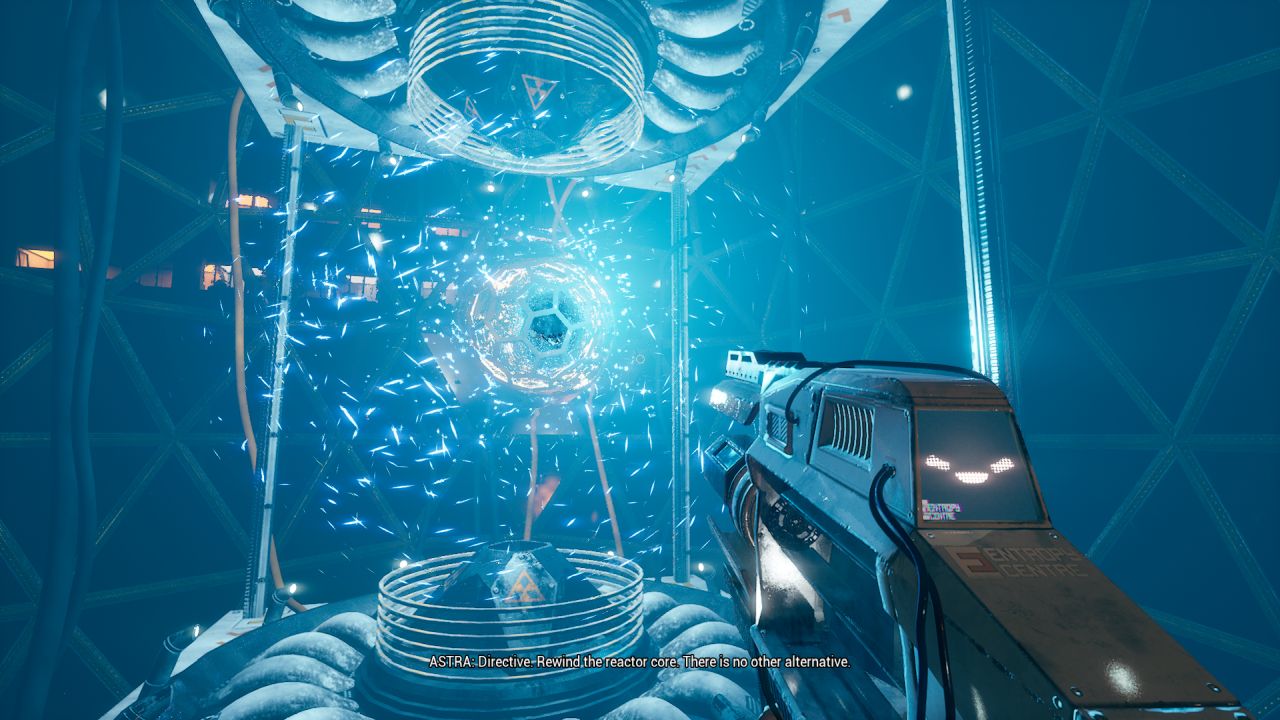 Portal started something special 15 years ago and The Entropy Centre continues its legacy in its own way. It is a good puzzle game that borrows a few ideas and executes them well. The core element of rewinding objects through time has a decent learning curve and suitably harder challenges near the end. Detours through backrooms, and the external lush biome, serve as energizing breaks between the puzzle chambers. And the lively AI companion, ASTRA, helps to make saving the world a bit less lonely. Although it could have used a trim and polish, there is still eight hours of solid entertainment here. It is definitely worth playing The Entropy Centre, if you get time.

Our ratings for The Entropy Centre on PC out of 100 (Ratings FAQ)
Presentation
75
The puzzle-room aesthetics are nice and familiar. Exploring dark backrooms and the lush biome help to break up the game visually. The voice work from the two main cast members is strong.
Gameplay
75
Rewinding objects through time proves to be a satisfying way to solve puzzles, and the steady difficulty curve will have you thinking in reverse.
Single Player
70
Although the narrative is sparse, the side-stories of fellow operatives can be found on terminals and the main goal of saving the Earth is always hanging over you.
Multiplayer
NR
N/A
Performance
(Show PC Specs)
CPU: AMD Ryzen 5 3600
GPU: ASUS 6700 XT DUAL OC 12GB
RAM: 16GB DDR4
OS: Windows 10 Pro 64-bit

75
Some puzzles lack a bit of refinement, especially when rapid movement is required. Early levels have bad stuttering between areas but it mostly runs well.
Overall
76
Inspired by Portal, The Entropy Centre will make you think backwards as you complete good puzzle chambers with the help of an energetic AI companion and refreshing detours. 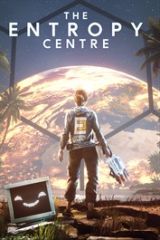