Farmers only worry about the Season of Death

My current schedule entails waking up early in the morning and heading outside to tend to my farm before hitting up a good-old dungeon and obliterating any heinous monsters that stand in my way. Although, not for too long, mind, as I have to scurry home in time before my midnight curfew. If you couldn't tell, I'm referring to my daily routine in Harvestella rather than real life; I'm not that proactive... 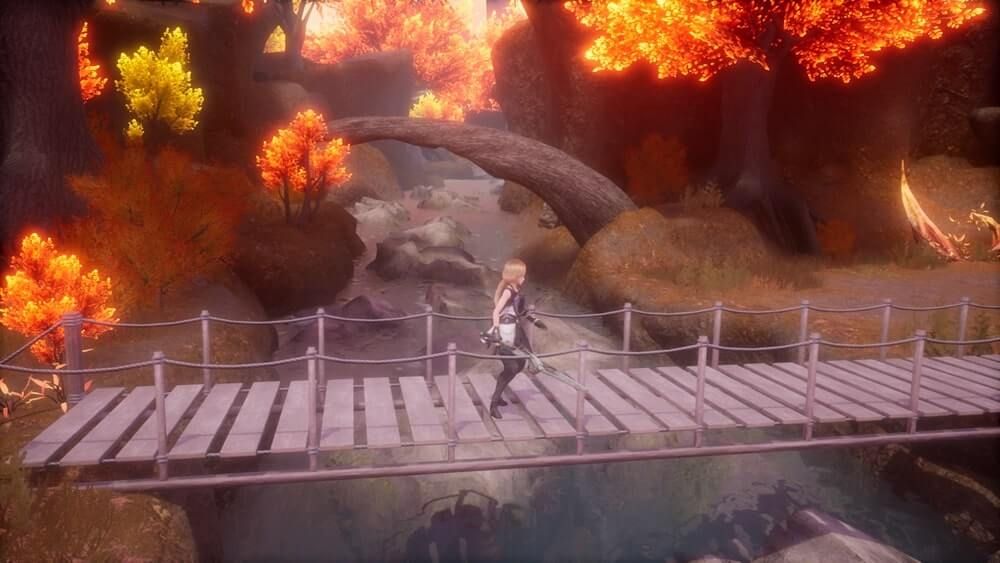 Right off the bat, it's important to establish that Harvestella is a JRPG with farming elements. That might sound like a weird disclaimer, but when the term life simulation gets thrown into the fray, there is a big assumption that it plays an integral part in the gameplay, whereas in the case of Harvestella, it aids more in creating a relaxing atmosphere. So if you're looking for the next pure-bread life-simulation game to play out your cottagecore fantasies, this won't be the one for you.

Before you jump into any story or gameplay, you get to create your own character. The best part of this process is you can choose your pronoun, and hopefully, many more games will start indoctrinating this feature moving forward. However, everything else regarding the character set-up is pretty disappointing, as you can only change your name, body type, hair and eye colour.

You assume the role of the character you create, an amnesiac individual who finds themselves in the middle of an eclipse event surrounded by unusual dust as you inexplicably collapse underneath an enormous red crystal. Fortunately, the local village doctor finds you and warns you of the dangers of roaming outside during the celestial phenomenon called Quietus, otherwise known as the Season of Death, as those who inhale the deadly dust will die. With no recollection of who or where you came from, you begin your search for answers while investigating the mystery surrounding Quietus.

One of Harvestella's biggest problems is its slow-burner opening, as it will take quite a few hours for anything significant to happen, and the game uses this time to introduce players to the basic mechanics, but it massively overstays its welcome and could have easily been reduced into a far more palatable stint. It takes until chapter three for the action and plot to really start going, but if you push through till this point, there is a decent story to uncover. 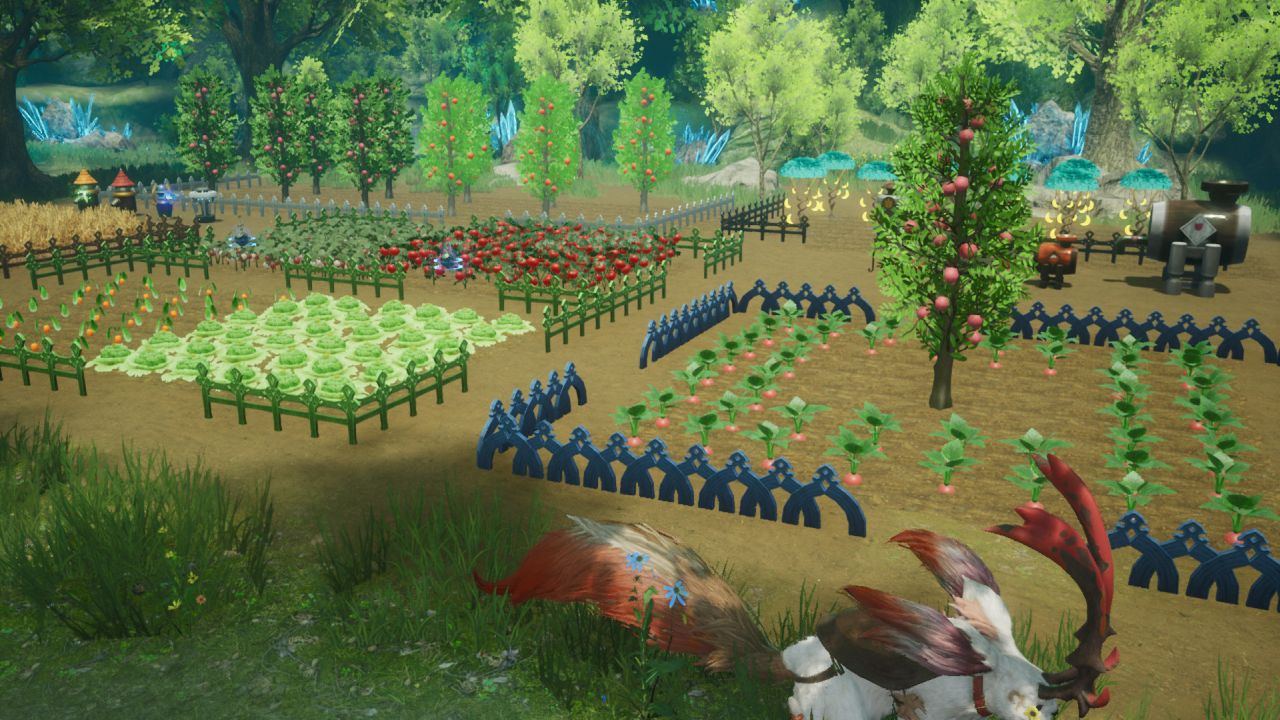 Without going into spoilers, it treads into Isekai territory, meaning there will be a lot of references to another world. Sometimes, this narrative can be overrepresented in JRPGs, but it tells a unique enough story that it doesn't feel like a blatant carbon copy of other games. The characters are also incredibly charming, with the dialogue having a lot of quirky and lighthearted humour. One of the main things that maintained my interest was the excellent characters and wanting to see what would happen next. If you stick with the primary campaign, it will probably take about 50 hours to complete, but if you tap into your inner completionist and decide to take on all the side quests, it will easily take over eighty hours.

When Quietus occurs, the dust particles will kill all the crops in the surrounding area, so the local village has enlisted you to help out with farming food, and this is where the life simulation aspects kick in. Farming is not too complicated, as you have the usual cycle of plough soil, plant seeds into the ground and water daily until the food is ready to harvest. However, the game slightly pulls your arm and forces you to engage with farming duties regardless of what point you're at, as selling the food you've grown is the easiest way of earning money. There is something inherently relaxing about partaking in farming activities, and it definitely helps give the game a cosy vibe. Although when I was knees deep in the main story, it was odd to stop everything I was doing to water my crops before returning to help a village from impending doom.

The combat takes the form of an action RPG, and almost harkens back to the golden days of the PS2 era, as to often progress to the next part of the story, you will have to enter a reasonably small dungeon-styled area to reach a town or desired destination. There are two primary attacks: regular attacks and skill attacks. Performing a standard attack is as simple as pressing the Y, and repeatedly pushing Y will create a combo. In comparison, a skill attack will require you to hold Zr and press one of the face buttons. Later down the line, different characters will join your squad, but only two will be able to participate while dungeon crawling. These two party members follow you as you walk through the dungeon-styled environments, and surprisingly, the AI companions are pretty helpful, as they attack autonomously and can deal a fair bit of damage.

In RPG fashion, there is also a job class system, and each discipline varies quite a bit in its fighting techniques. For instance, the Assault Savant class will enable you to move swiftly around the environment while specialising in close combat, whereas the Mage class will allow you to perform lighting and ice manoeuvres from afar. Obviously, with the action being a bit more on the simplistic side, this won't scratch the itch for people looking for a deep tactical fighting system, but its stripped-back approach compliments the chilled tone the game is trying to achieve and makes it easy to play without overthinking. 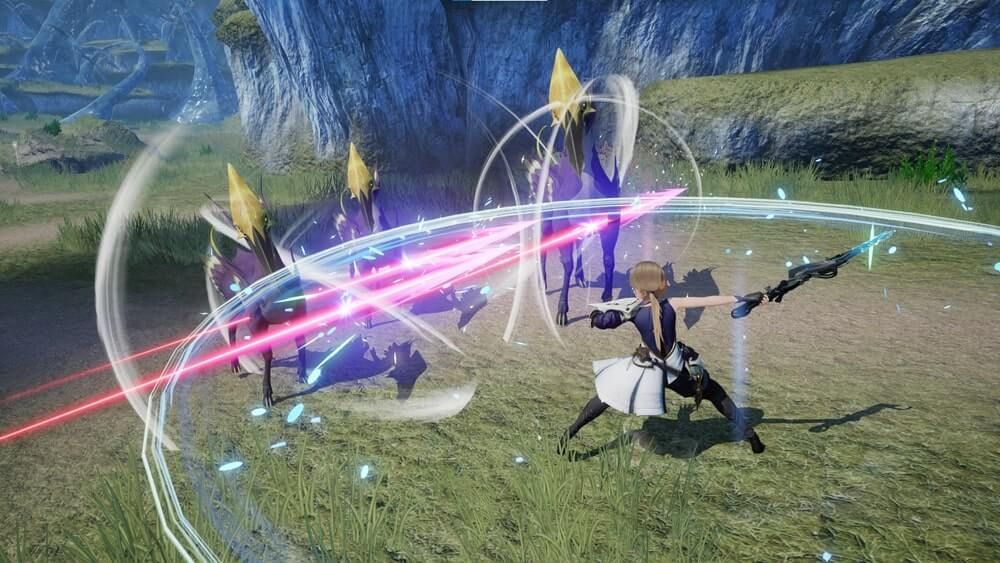 As time passes each day, you will have to make sure you get home before midnight like a truanting kid on a school night; if not, you'll pass out and have to pay a hefty fee for the local doctor to nurse you back to top form. Another factor that you will always have to keep an eye on is your stamina. Nearly every significant action you perform in the game will eat up stamina, including performing attacks and farming activities. Luckily, you can consume food that will fill your hunger meter, replenishing stamina. Although this aspect makes resource management key to the experience, it's not as tricky as it might sound. You just need to always carry food on you; if not, you'll hit a brick wall when trying to push through a dungeon, especially as you're on a time limit from the day cycle.

All the locations you visit are fantastically designed, from beautiful prairie grasslands to a town filled with lavish sakura trees. The dungeons-styled areas are also reasonably good, ranging from murky forests to dreary caves. It cleverly uses the focal plot of Quietus to create some gorgeous-looking sights, from crystals that illuminate bright colours to the dust particles almost floating in the air. The soundtrack is also great, as it brilliantly captures the mood and accompanies the landscapes you traverse.

This is why it's upsetting that there are clearly some hardware limitations when playing, as there are some noticeable framerate drops on occasions, especially in battles, whether you're playing on a TV or in handheld mode. Not only that but there is no voice acting, not even in cutscenes. You'll only hear a character's voice when they let out a random battle cry before charging into a fight. Usually, a game not having voice acting is not a deal-breaker, but at full price, it's a bit of a letdown. 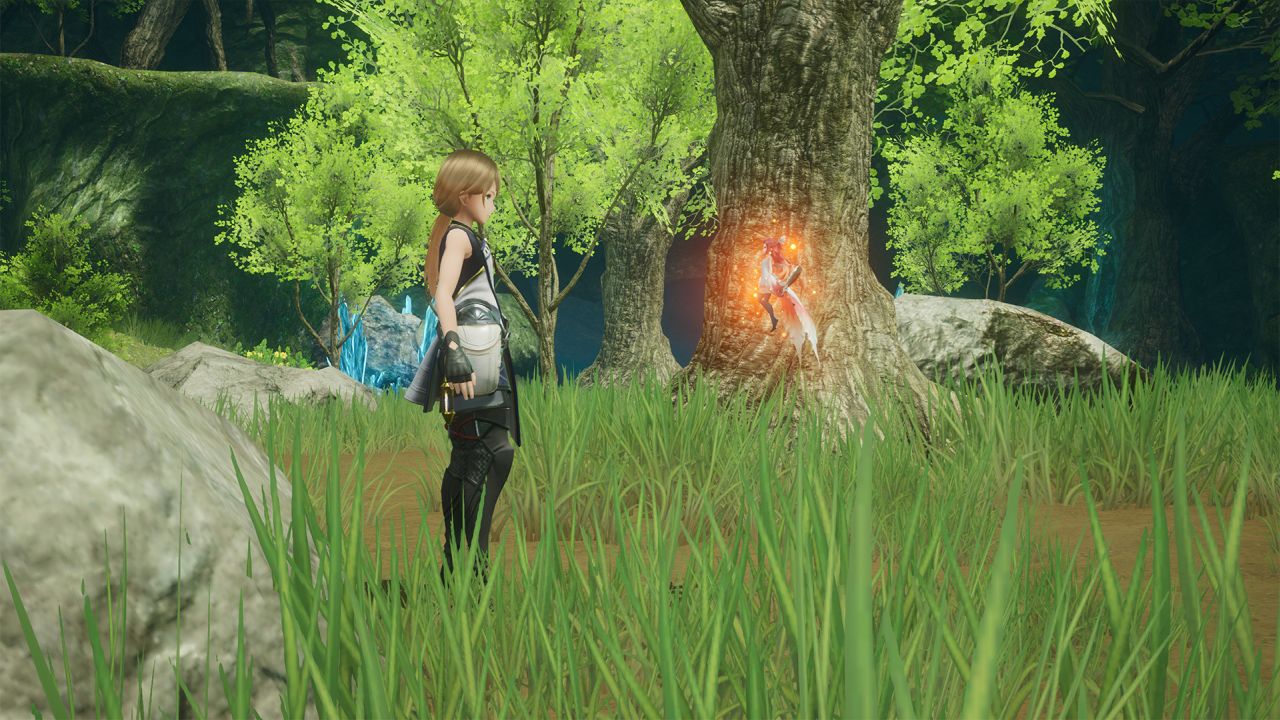 When I initially started playing Harvestella, I was under the impression that this was Square Enix's spin on the life-simulation space to rival games such as Rune Factory and Harvest Moon. Although the statement above is somewhat true, I was surprised at how many similarities it had to the Atelier games, but instead of getting stuck into some alchemy action, you're planting seeds at a farm. Admittedly, a few fundamental issues hold it back from success, but the developers have created an exciting world with an addictive yet simple gameplay loop that makes it perfect for playing in small intervals.

Our ratings for Harvestella on Switch out of 100 (Ratings FAQ)
Presentation
70
Some locations look terrific, and the game cleverly uses the plot to create some interesting-looking backdrops. Sadly, no voice-acting accompanies cutscenes.
Gameplay
80
The combat is a straightforward affair as you only have to input one or two demands to pull off attacks. Likewise, the farming mechanics are simple as you plough, plant and water crops to make your farm flourish.
Single Player
80
It takes a few hours for the action and the plot to amp up, but when it does, there is a lot of fun to be had as it tells an engaging story with charming characters.
Multiplayer
NR
None
Performance
70
There are some noticeable framerate drops, especially when battling, and this is prevalent regardless of whether you're playing on TV or handheld.
Overall
76
Harvestella is an interesting concoction of a JRPG experience merged with farming, which results in pure escapist fun. The combat and farming aspects are by no means elaborate, but their simplistic approach creates a relaxing atmosphere that is great to play in short bursts. 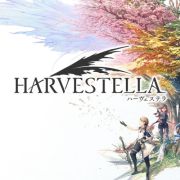 All videos for Harvestella (1)
Advertisement ▼