The survival horror genre is one that I have a mixed relation with. There are plenty of titles I appreciate, and they cover the different attributes of the genre. I have gotten plenty of enjoyment out of the likes of Resident Evil, The Dark Pictures and Visage to name a few. But I have been burned plenty of times by the genre as well. When a horror game is bad, it can be a nightmare to play through. I generally have my guard up when approaching these types of games. The Chant was something that managed to pierce that guard initially, though. 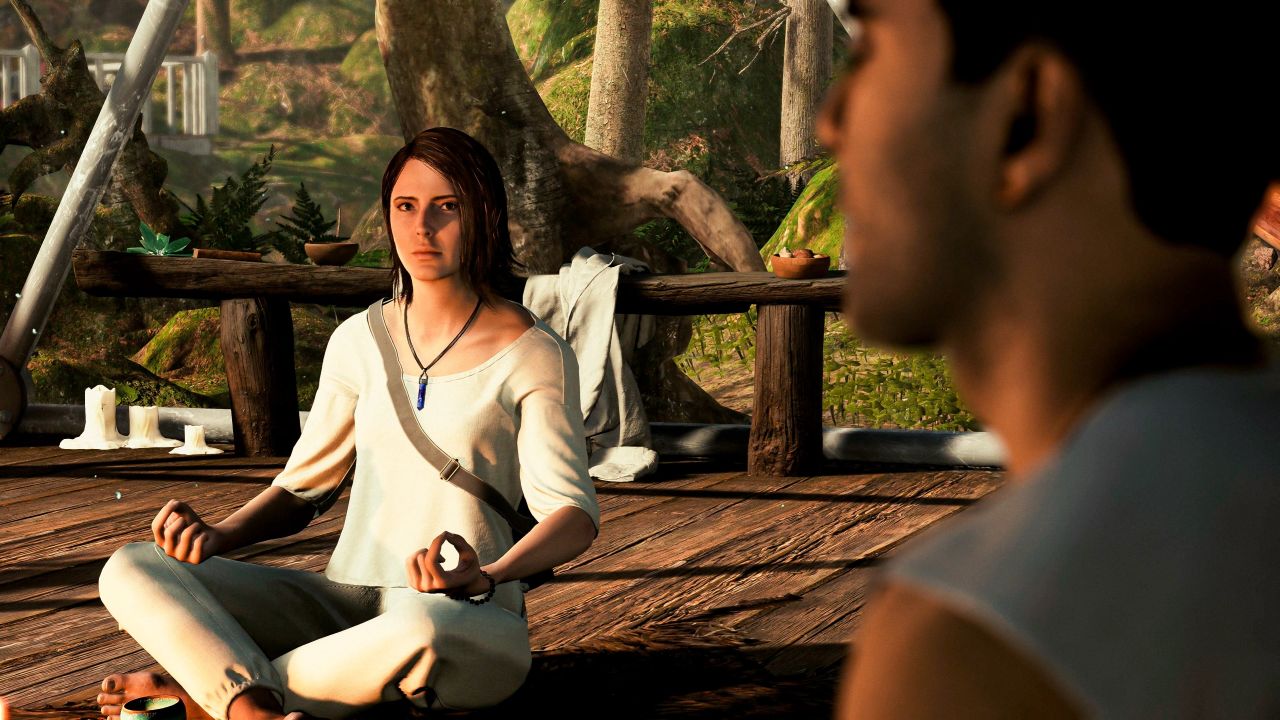 The Chant centers around Jess, a young woman who is still trying to process the passing of her sister several years prior. To help move past this grief, an estranged friend Kim invites Jess to join her on the Prismic Science Spiritual Retreat. The other attendees of the retreat consist of the members of a group Kim has joined. The leader of this community, Tyler, owns Glory Island, which is where the retreat is taking place. The other members of the group are all dealing with their own issues, and Tyler has brought them together to help them move forward. However, it quickly becomes apparent that something very wrong is happening here. On the very first night, the spiritual chant Jess takes part in with the group awakens an evil entity lying within the island known as The Gloom. With her companions all struggling to deal with the negative emotions The Gloom draws from them, it becomes Jess' responsibility to save the day, and perhaps, save herself along the way.

More than anything else, it was the plot of The Chant that drew my interest. The two aspects that caught my eye were the presence of cosmic horror and the cult itself. With regards to the former, the title is reasonably successful. The story goes to some weird places, and the different creatures Jess comes across were unique if nothing else. However, if you are coming into the game expecting to be scared, then you'll probably be disappointed. There are a few hokey jump scares sprinkled into the campaign, but I never found myself unnerved by what was happening. If the title had played up more of the cosmic horror aspects, it could have delivered a more chilling experience.

The cult aspect of the title does fare better, but not in the way I was expecting. As you explore the island retreat, you'll come across various pieces of lore about the history of both the location and the inhabitants. These include handwritten letters, photos and reels of film that offer significant intrigue. This was one of the rare games where I enjoyed finding new collectibles around the island. However, the title doesn't do a great job of weaving in all this information and history into the present timeline. It feels like a lot of what you uncover really doesn't matter to the ending of the story. It also doesn't help that the main cast of characters isn't fleshed out in a compelling way. They are only defined by their problems, and there isn't much depth to them outside of their trauma. 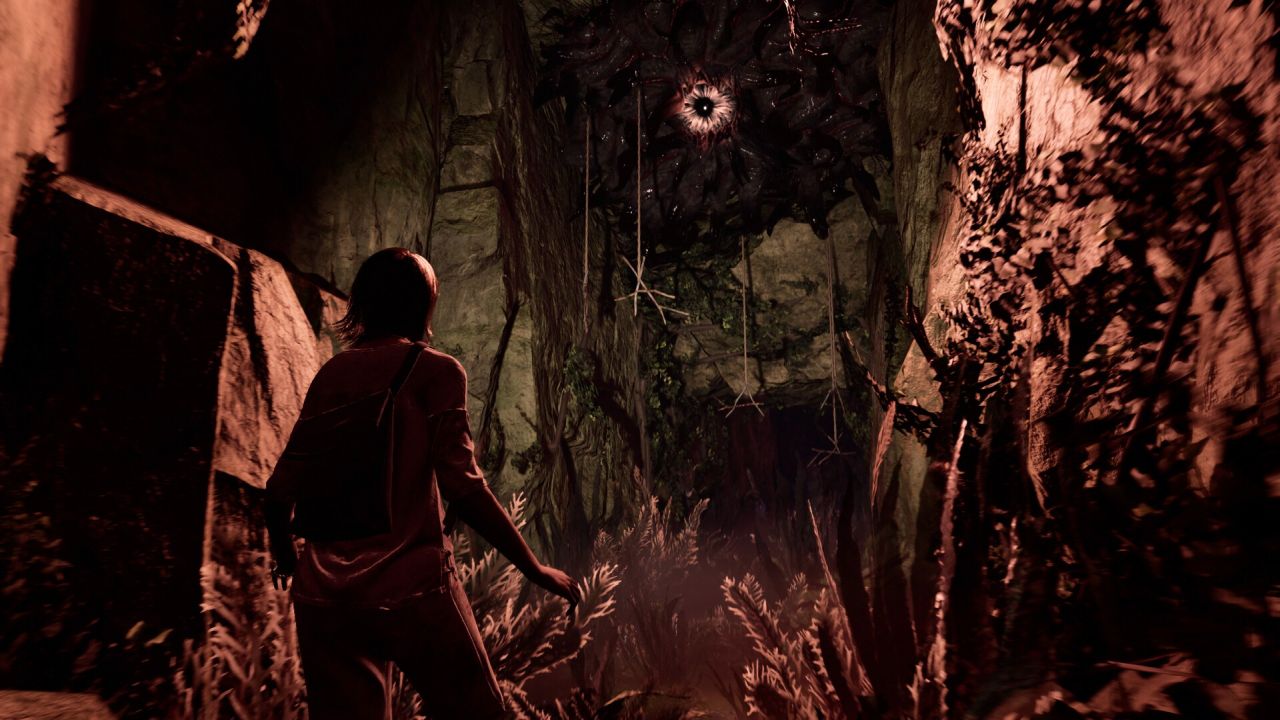 Although it may not seem like it, The Chant is a pretty linear experience. The island you are stranded on may appear to be an open world, but the way the game is structured means you are often funneled into a specific location. This can be due to an area being inaccessible after a boss battle, or due to a section being blocked off due to The Gloom. Different portions of The Gloom are marked by different colors, and you can only get through them once you acquire the matching-colored prismic crystal. Even when you do get the appropriate crystal, though, you are still weak to the effects of this malicious entity.

As Jess, you need to keep track of three different attributes for survival: Mind, Body and Spirit. Mind concerns how you react to the effects of The Gloom throughout the campaign. Merely stepping into an infected section of the island is enough to begin draining your mind. Body is pretty self-explanatory. If you take too much damage from the creatures roaming the island, you'll die. Spirit is the meter that controls special attacks that are unlocked with different crystals. You can also drain your spirit meter by meditating, which will help recharge your mind. Additionally, you can collect plants around the island to refill each of these meters. Even playing on medium difficulty, though, there isn't an abundance of these plants, so you need to be smart with when to use them.

Jess is also a protagonist who is not the most adept at combat. This is unfortunate for her, as The Gloom has unleashed countless creatures on the island that are trying to prevent her from saving the day. Despite her lack of proficiency, though, she's not entirely defenseless. As mentioned, the crystals Jess acquires grant her access to prism abilities. As long as you have some energy in the spirit meter, you can use them. These abilities include being able to slow down time or call upon the undead to trap your enemies. I found that the powers were all enjoyable to use and go a long way towards breaking up the monotony of the hand-to-hand combat. You end up only being able to use them sparingly due to the limited amount of spirit you tend to have at a given time. It prevents use from abusing them, but it also is a harsh limitation on the only interesting part of the combat. 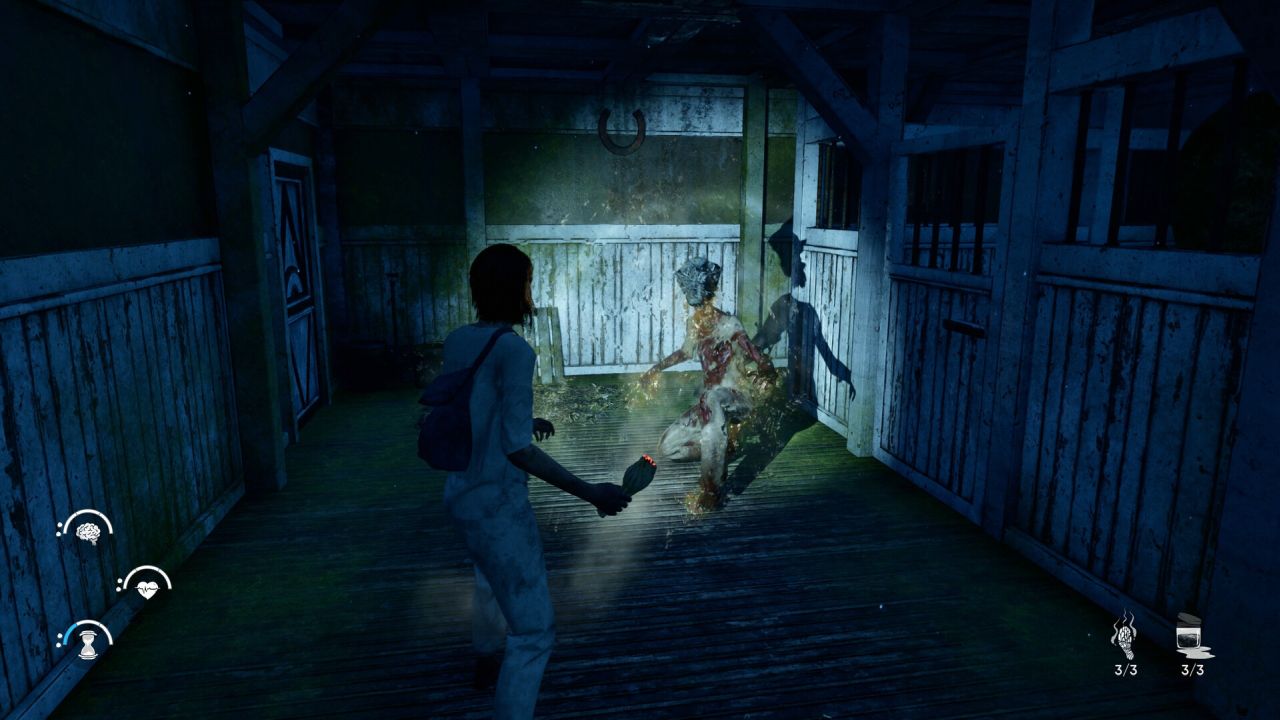 Outside of these magical abilities, the combat is really rough. One of the first things you learn in the game is how to craft weapons using different plants. The sage stick is your basic one, the fire lash can set enemies aflame, and the witch stick does additional damage when in The Gloom. There also throwable items that can be crafted or, in the case of salt, found. They can be used to stop enemies mid-attack, as well as distract them if you get surrounded. There's nothing inherently wrong with this set-up, but the act of swinging in your sticks feels exceptionally clunky. It's sloppy, boring and just generally unenjoyable. You can get out of most encounters by dodging and sprinting away from enemies, but that's not enjoyable to me either.

The good thing about getting stuck fighting enemies is that you get to see the great creature designs The Chant possesses. The enemy designs and how things look in The Gloom is my favorite aspect of the title by far. They look gross and off-putting in a way that really suits the mood of the campaign. The human characters aren't as nice looking, but they still look solid enough for a lower budgeted game. The developers clearly put the most work into Jess, which was a smart move. The other main humans lack the same level of care. You can really notice it when they speak, as their models don't entirely sync up to the dialogue.

On that note, I will say that the voice acting for cast is strong across the board. All of the main players do an excellent job of inhabiting the personalities required for their characters. Siobhan Williams does an excellent job of depicting the grief Jess is constantly dealing with, but also makes sure that she is strong when needed. Although he is not utilized as much as I would like, Adam Millard's performance as Tyler is strong as well. The script is far from perfect and has more than its fair share of clumsy moments. But the voice acting team does what they can to elevate the material. 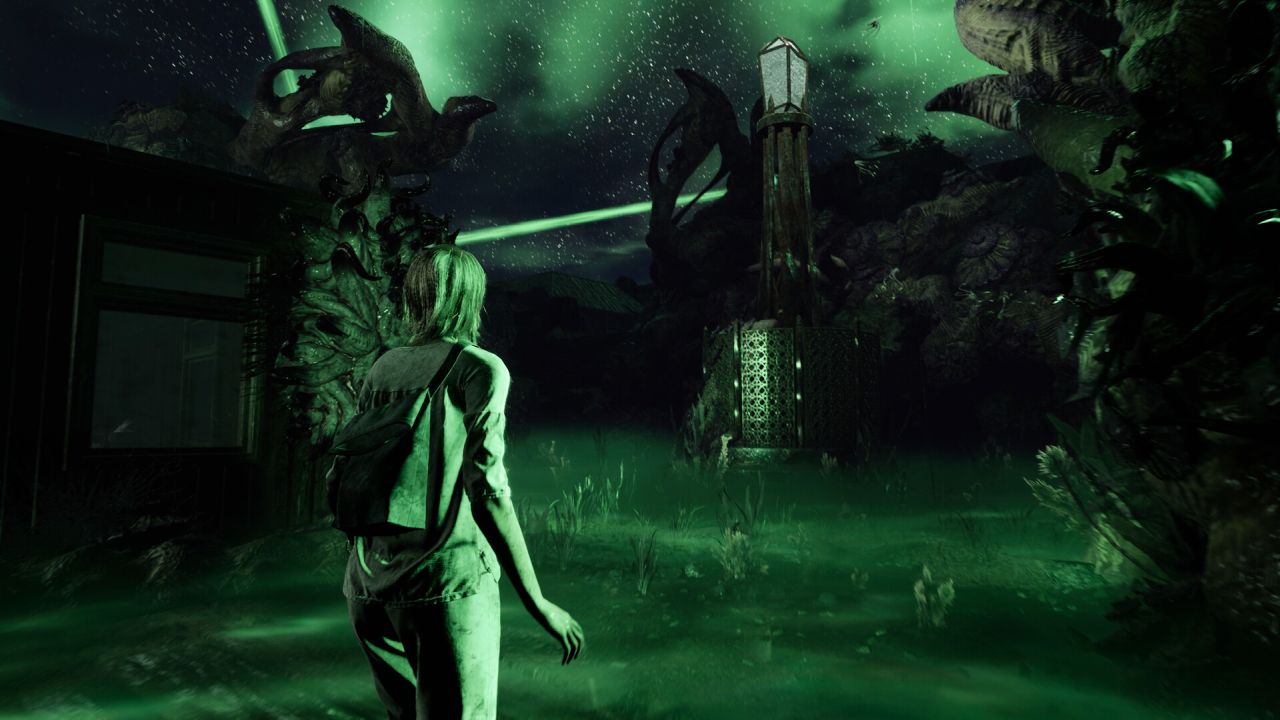 The Chant has plenty of interesting ideas but struggles to present them in an engaging way. Brass Token has created an engaging universe, and I loved the bits of lore sprinkled throughout the adventure. But the narrative fails to deliver on these ideas, and the main cast of characters is tough to get invested in. The voice acting is there, but the plot doesn't flesh them out. The gameplay can't make up for the plot shortcomings either. Again, there are cool ideas such as magical abilities, but you are too often forced to deal with the clumsy hand-to-hand combat instead. I really wanted to enjoy my time with The Chant, but I can't help but be disappointed by my time on the island.

Our ratings for The Chant on PlayStation 5 out of 100 (Ratings FAQ)
Presentation
75
It is lacking the pizazz of higher-budget fare, but The Chant makes up for its technical shortcomings with great art design. The creature designs are fantastic, and The Gloom makes for an interesting environment to explore.
Gameplay
44
The title has some interesting mechanics but is bogged down by clumsy stick swinging combat. It would have been better served by embracing the magical elements more.
Single Player
56
There's plenty of lore and fascinating tidbits for you to uncover in The Chant, but the main plot ultimately fails to deliver. The cast isn't developed enough to care for, and the story lacks a satisfying conclusion.
Multiplayer
NR
None
Performance
80
The only real noticeable issues was some syncing issues with the character models and dialogue. Other than that, the title ran well on the PlayStation 5.
Overall
58
The Chant had the pieces to be a unique piece of survival horror entertainment, but the assorted aspects of the title fail to congeal into a satisfying adventure. The combat is clunky and bland, and the story has its moments, but doesn't deliver in the end. 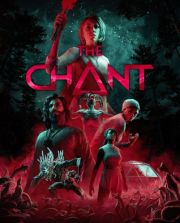 The Chant
8 images added 14 days ago

All videos for The Chant (1)
Advertisement ▼