Gerda: A Flame in Winter Review

A young woman caught in the complexities of war

The grand conflicts of the two World Wars have been covered extensively over the years in the video game space, though mostly through action experiences. But on occasion, certain developers tried to offer an alternate look at the human experience of living through the fated military conflicts. Gerda: A Flame in Winter is an adventure game with minor RPG elements from developer PortaPlay and published in collaboration with Don't Nod. It follows a fairly typical choice-and-consequence design while telling an occasionally heartfelt story of folks surviving during the Second World War. 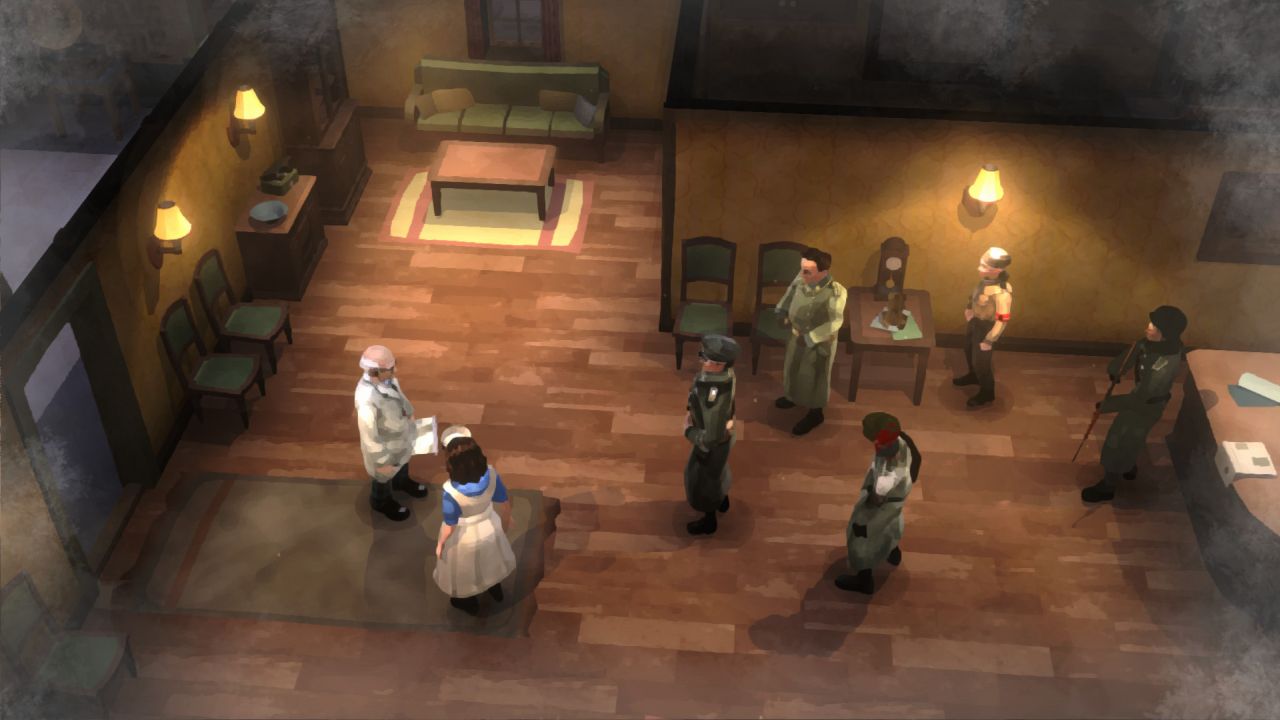 The game is titled after its main character, a young woman named Gerda, who lives in a small town of Tinglev, Denmark – right next to the German border. Their peaceful life is interrupted when, in 1939, Germany invades and quickly assumes control of the region. For the most part, Gerda and her husband, Anders, are spared from the horrors of war, as the local people accept their fate without much bloodshed and live on by whatever means they could. But in February 1945, as the tides of the World War II change, so does the attitude of both the local Danes and the occupying Germans in this small village. Gerda happens to have a Danish mother and a German father, which makes her belong to and yet also be rejected by both nationalities.

On one fateful night, Anders is arrested, and accused of working with the local resistance groups that have recently bombed a factory. Proving his innocence is not so easily done – she will have to get entangled with the local leaders, the occupiers, and indeed members of the resistance, all on a path to setting her husband free, but also finding out where her true loyalties lie in this war. Not every option and outcome will be available in a single playthrough, so there is replay value (and the option to restart from a specific chapter) to see how things could go differently, and see the secondary storylines play out. The writing is decent throughout, although it's not written with historical or local dialects, as much of the dialog and turns of phrase are very modern English. A Flame in Winter also doesn't spend nearly enough time establishing the relationship between Gerda and Anders, which makes it a little difficult to push through the whole game with the goal of saving him from Gestapo capture.

The story is split up between a few different days, and so players are only able to visit a certain amount of locations in any particular chapter. This means you will miss out in certain parts of the story, and decide what narrative threads are most interesting to follow along. Still, not a whole lot changes, and you can still get the best ending, where everyone survives or escapes, in a single playthrough. For example, if you choose not to focus on a storyline of helping the young Jewish mother and her daughter escape prosecution, they still end up in the final chapter. And assuming you have enough points to pass all the skill checks, in the somewhat predictable grand finale where all your decisions come to their fruition, you can still get the ending you desire. It has to be said, that while the choices have an impact, the game shies away from any truly difficult decisions that may have cropped up at times of war. 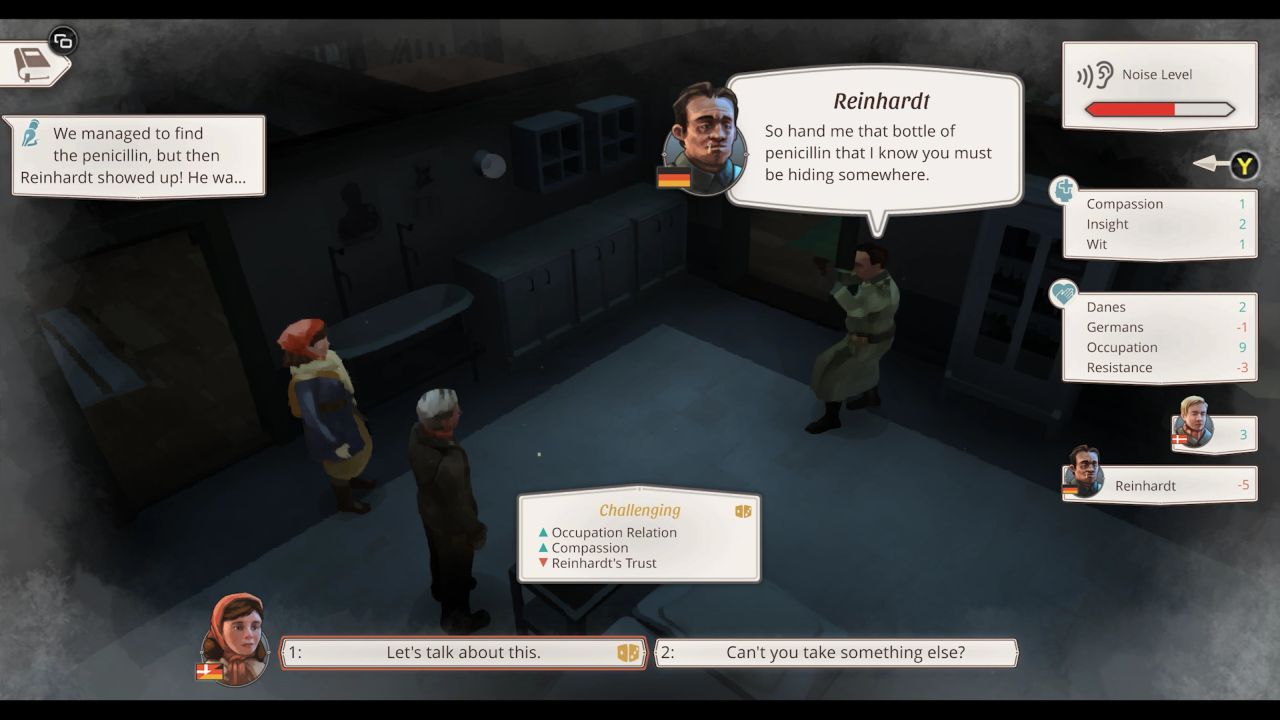 A Flame in Winter has a fairly engaging story, and features many opportunities for players to decide on Gerda's actions. You'll have to pick dialogue and action choices as they come up – but it is not simply a "choose your own adventure" experience. There is a "skill-check" type of element woven into the gameplay, traditionally found in RPGs. Through your interactions with the four local groups – Danes, Occupiers, Resistance, and Germans – you will build up a reputation with each group. Being positive or negative can alter some of the dialogue and possibly affect the flow of events. Perhaps more importantly, you also maintain individual ratings with each character, which again can affect how they behave towards you and their actions throughout the game. Generally being nice and doing what is asked of you will net a positive reputation with each group, though of course there will be instances where you are forced to choose one or the other.

In addition to relationship points, Gerda also has to manage her Mental Energies, a simple point system that consists of Compassion, Insight, and Wit. You earn new points over the course of the game, as well as by picking how Gerda feels after what happens in each location/chapter. Having enough points in these categories unlocks new options during choices and conversations, and deducts them from your total. There's really no way to know what points you will need in the future, so you try to keep them more or less topped up evenly.

These points and relationship meter mechanics are nothing new, and while the system works well, it also means the game becomes more of an RPG than a traditional narrative-focused adventure. Players won't be free to make the truly personal choices that they want, since they may lack the points – or, they may wish to earn points in a specific category and so make choices to that end, rather than their true feelings. Some choices have a random dice roll mechanic, which can succeed or fail, even if you have enough or not enough points. This mucking about with the numbers really trivializes the attempted dramatic impact of the story, as the numbers are what matter most, rather than player free will. 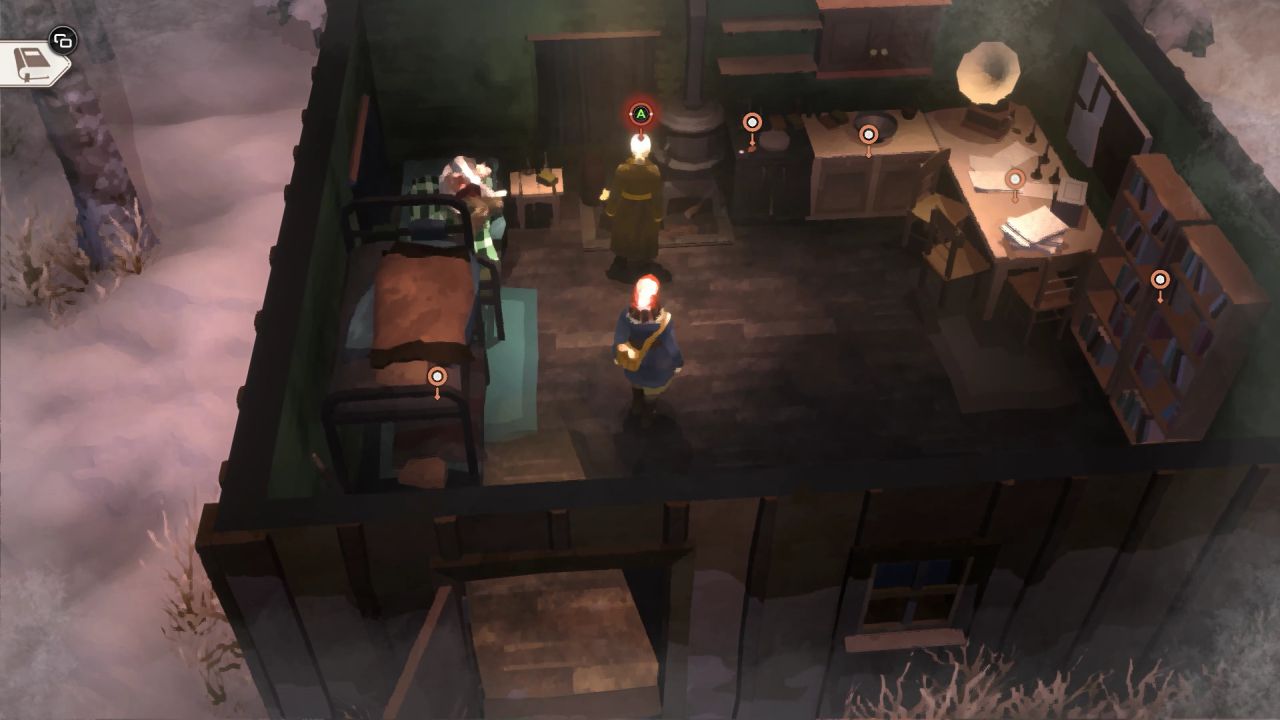 It's not just the conversation points that affect the available choices. Between conversations, Gerda is usually free to roam around the small levels, and interact with optional characters or items. This allows you to learn additional insights into the war, and find key objects that may come in handy later. You could use found cigarettes to haggle your way into some intel, or use a key to unlock a door instead of making noise. Just like the time-of-day mechanic, the exploration can be sometimes limited. You are never on an actual timer, but there's a limit to how many items you can interact with – before the deadline, such as waking up the owners of the place you broke into, or your partners becoming too jittery to keep a low profile. The exploration element is well designed and creates additional avenues for player choices.

As a third-person adventure, with a fixed isometric camera, the game handles a bit awkwardly. You can use the mouse or keyboard to move around the small levels, and without the ability to control the camera, it can sometimes feel unwieldy and too zoomed-in. The camera does at least automatically pan and sweep around during certain moments, conversations, and so on, which helps add a bit of a cinematic feel. Clicking on items is easy thanks to their obvious UI highlights, and so is picking dialogue and action choices. Gerda maintains a diary that lets you check the details about each faction and character, the summary of events thus far, as well as some real facts about the Danish war experience. The loading times are brief, but quite numerous; it has no performance issues otherwise.

For a lot of the time, you'll just be clicking through the speech text bubbles as they appear. The only voice acting is from Gerda during the interludes after each location/chapter, which is also when the game autosaves. The soundtrack and sound design is very minimal, with a few different piano themes playing. The visuals are also stylized and lacking in detail – opting for a painterly look, reminiscent of another wartime game 11-11: Memories Retold (though with clear visibility, unlike the latter). The animations are often very basic and don't even always trigger, as characters glide around the level instead of walking. 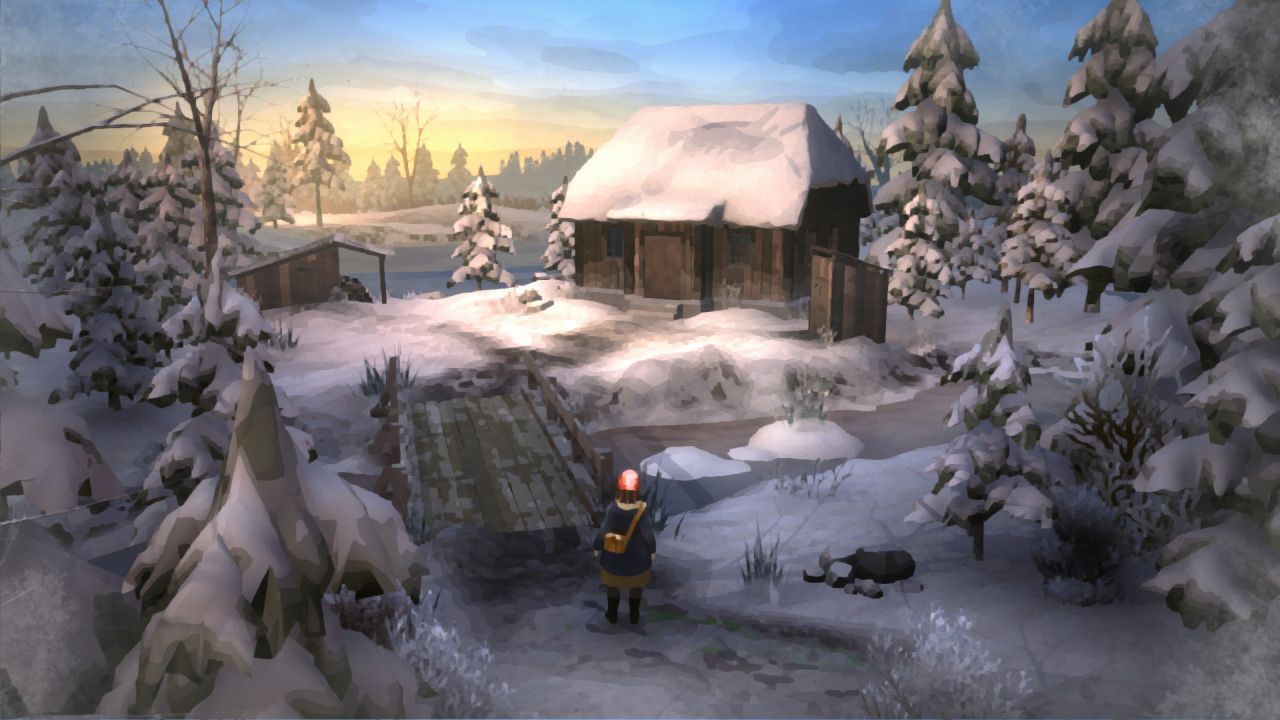 Gerda: A Flame in Winter offers a generally surface-level look at the circumstances of the Danish people living close to the border with their occupiers. The unique locale lets the game explore some interesting aspects of the war that other games typically do not cover. Gerda has a generally positive and hopeful approach to every scenario, and it's easy to be motivated to join her high spirit and try to keep everyone safe, on both sides of the ideological conflicts. The choices you make have an impact, but a lot of the time players may be locked out of the options they truly want due to the RPG-style points skill checks. This is somewhat detrimental to the narrative, though the game opts for the predictable grand finale ending anyway, where most outcomes can be determined as you wish, as long as you've stashed enough points. The painterly look and minimal soundtrack fit the setting, making Gerda: A Flame in Winter an occasionally interesting adventure with good characters that should appeal to fans of the World War setting.

Our ratings for Gerda: A Flame in Winter on PC out of 100 (Ratings FAQ)
Presentation
67
The painterly aesthetic is nice from afar, but it lacks any detail, and the animations are often basic or just don't trigger. Minimalistic soundtrack.
Gameplay
70
The point-based system works, but it pushes the game more towards an RPG, rather than focusing on storytelling and true player choices. Some fans may enjoy it, others may not.
Single Player
65
The story opts for a lighter look at the war, and doesn't force players into any harrowing decisions. Some of the characters are engaging, but it all comes to a head rather predictably in the final chapter.
Multiplayer
NR
None
Performance
(Show PC Specs)
CPU: AMD Ryzen 5 3600
GPU: ASUS Radeon RX 580 8GB
RAM: 16GB DDR4
OS: Windows 10 Pro 64-bit

85
No issues. The fixed camera isn't always in the best spot.
Overall
70
Gerda: A Flame in Winter offers a somewhat optimistic glimpse at the lives of ordinary folks caught in the war. It will push players to decide where their loyalties lie, though the drama of conversation is often lost for the sake of an RPG point system.

Gerda: A Flame in Winter 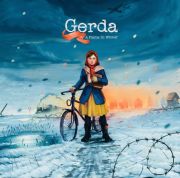 Gerda: A Flame in Winter
8 images added 91 days ago