Not all games are blessed to be huge sellers after release. Indie games, in particular, may have to rely on divine intervention in order to gather a modest audience. Given the avalanche of releases on the PC platform, many games get buried. Last Days of Lazarus is a game that has struggled to find much of an audience in the months since release, despite containing strong themes about divine intervention. It is a first-person adventure game with just enough puzzles to keep it out of the walking simulator sub-genre. For the most part the experience is adequate, with an interesting main setting and persistent religious imagery, but some wonky cohesion and annoying pixel-hunting mean that Last Days of Lazarus is unlikely to be worshipped. 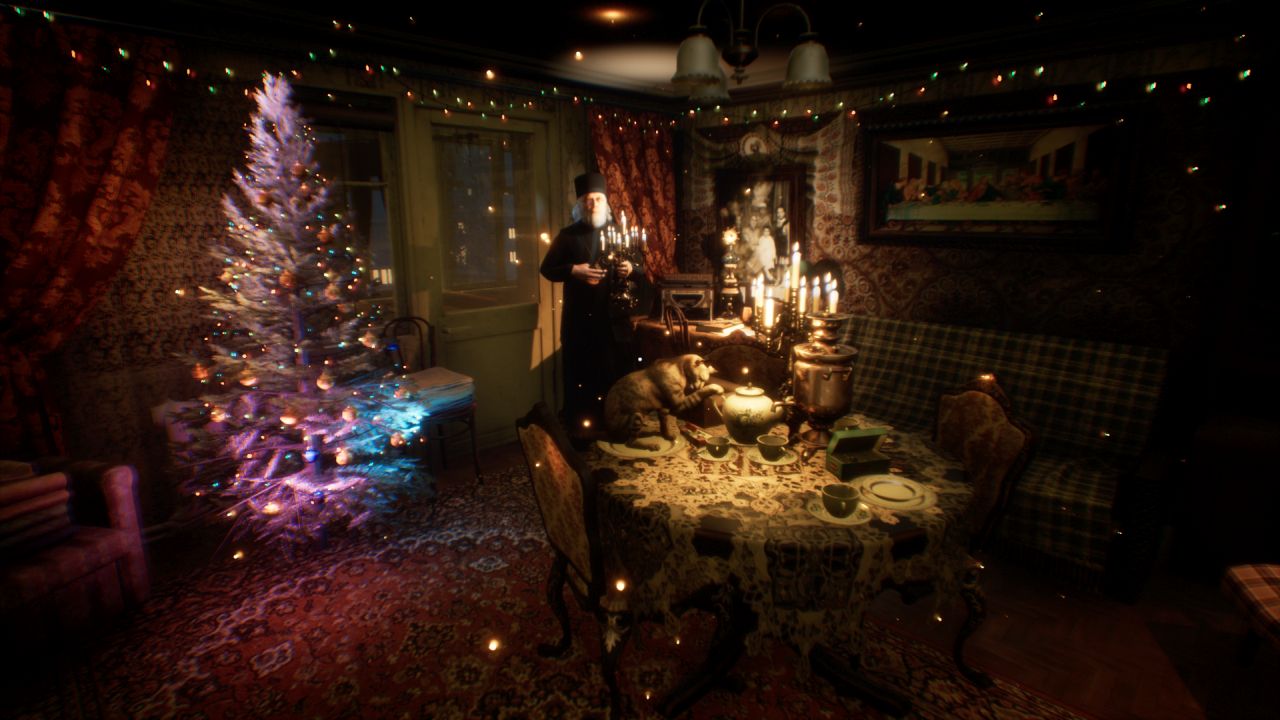 Set in Romania, at the end of 1999, you play as Lazarus and the game begins with death. Lazarus’s mother has died in her apartment, and his sister, Lyudmila, calls to tell him about the funeral. Lazarus says he will not attend, for unspecified reasons, which makes Lyudmila even more distraught. Weeks go by and Lazarus decides it is time to visit his sister, who lives in the same apartment where the death occurred. Upon arriving, Lyudmila is nowhere to be found. Several of the doors inside are locked and there are notes that reveal more about what happened before and after their mother’s death.

Lyudmila’s apartment is compact but fascinating. The dark, claustrophobic rooms are cluttered with many items related to the family. Not many objects are the interactive type that you can inspect and rotate, but there is still plenty of stuff that draws the eye to build a story within a story. Prescription bottles belonging to Lazarus’ mother are on the tables, which is odd given it has been weeks since her death. Religious symbols cover the walls, creepy porcelain dolls perch in the corners, and cheery Christmas decorations contrast with the somber circumstances. Exploring the constricted space is compelling because it is eerie and there is plenty of narrative depth to the knick-knacks. 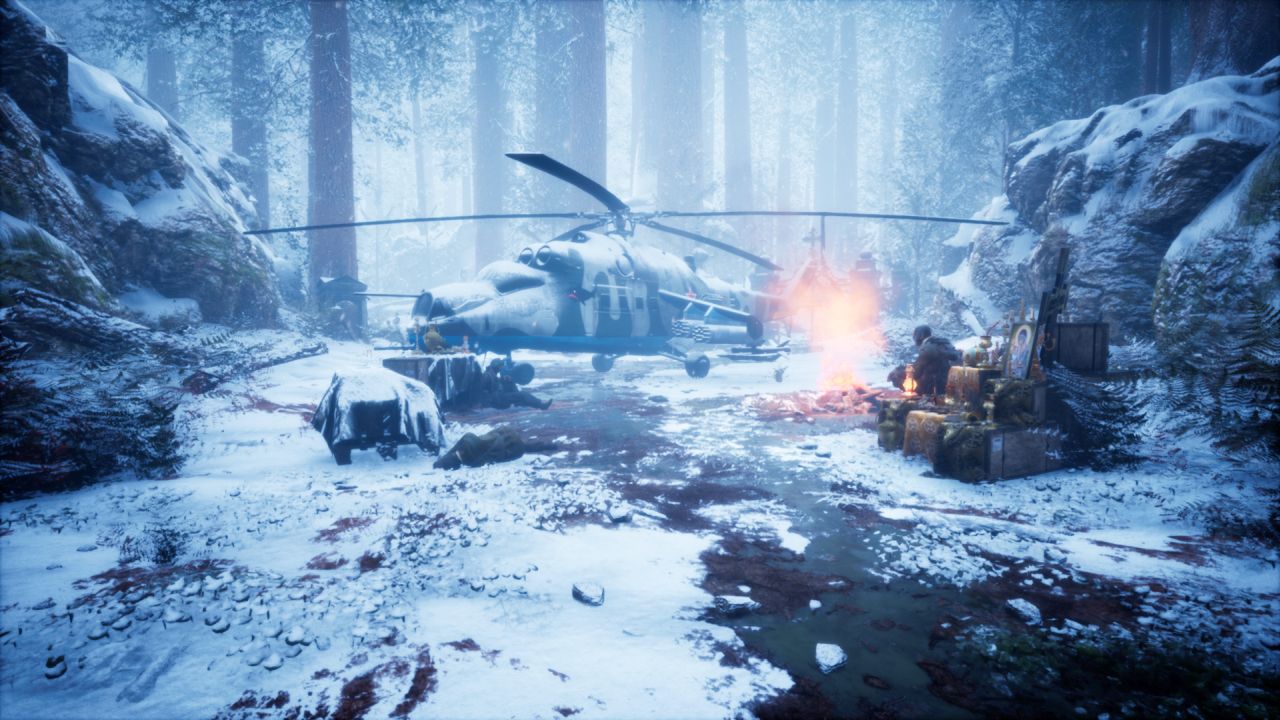 Eventually circumstances take Lazarus away from the apartment and into the open air. He will explore a cemetery, monastery, and a few other exterior locations. These outdoor hikes struggle to find the same cohesion or intrigue. It is odd that the game decides to take Lazarus away from the apartment for these leisurely interludes, but it was probably done to break up the gradual reveal. The outdoor hikes also go in strange directions too, with floating octopus-like robots and a war backdrop. The war actually becomes a major part of the story, although it typically remains in the background; a hostile character named General Zotov is trying to seize control of the country. You can hear about it on the radio, and you will come across characters fighting for and against Zotov.

After going back to the apartment, things get weirder. A strange red growth is beginning to take hold, covering the walls like a parasite. Plant-like flesh monsters are infesting the apartment and blocking routes. A woman in a red dress enters the story and offers to help you find answers about the family, although her presence adds more questions. Lazarus also gets to explore the apartment underneath, and the tenants there are so under the weather they need an undertaker. While the indoor spaces are still fairly small when all put together, they expand in a steady way that is satisfying. 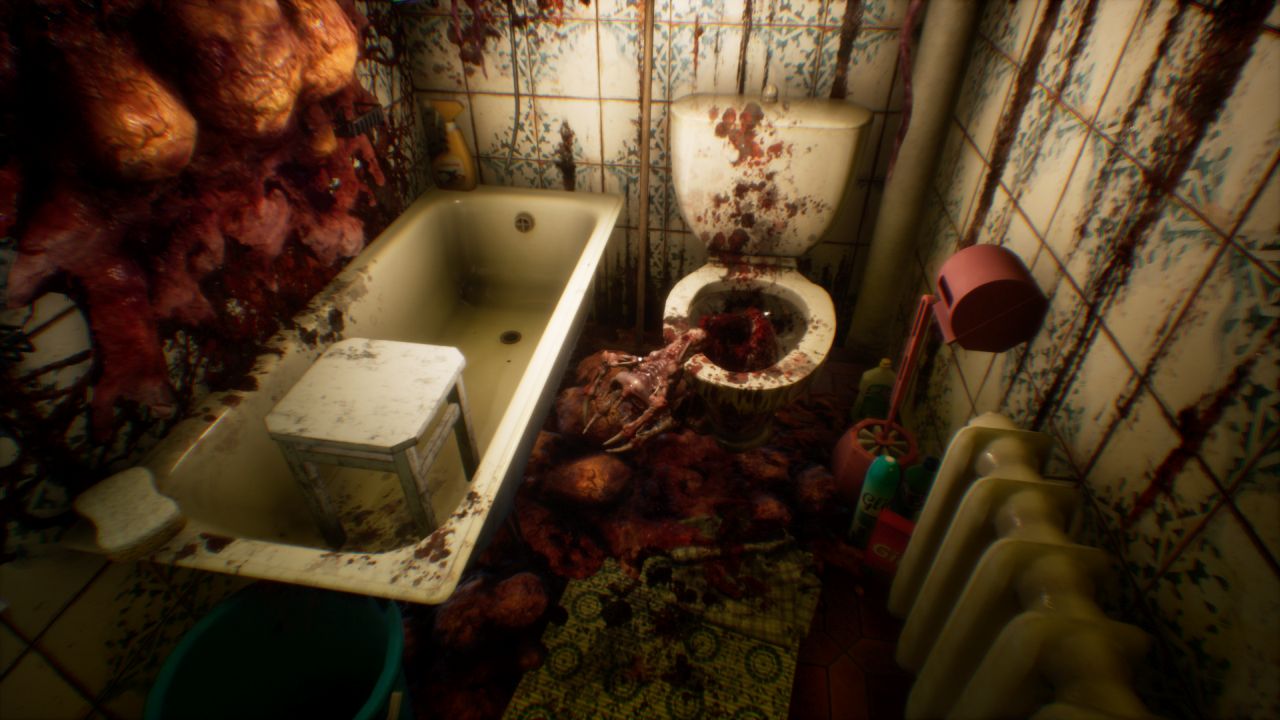 Religious themes help tie everything together. They lessen the disconnection when exploring the outdoor zones and bring things into context. Theologians will probably find extra connection between religious texts and the main story. Less cultured individuals, like me, might find that the religious threads help to separate the game from similar titles. There is no doubt that the various pictograms and church structures help to give the game an interesting style. It even has some more unreal elements like the greenery one might find in the Garden of Eden and direct conversations with an ethereal figure that vocalizes the Good vs. Evil elements more concisely.

But as this is not merely a walking simulator, there are a few puzzles to solve. The vast majority of them are more like a treasure hunt. Items must be found, picked up, and then ‘used’ elsewhere to progress. This can be harder than it sounds given the clutter, creating the equivalent of a pixel-hunt on more than a few occasions. Struggling to locate several items brought the game to its lowest point a few times. There are traditional puzzles, where you combine objects and click a few levers to make the equivalent of magical potions, but most are actually optional for collectibles. They’re worth doing for a bit more story but, even still, the puzzle side of things is thin.

Although Last Days of Lazarus looks fine, it takes a few noticeable shortcuts. None of the characters you meet have lip-syncing for their dialogue. Instead the game changes camera angles to take focus off any speaking character. It also has none of the animations in situations where it would make sense (e.g. an assault). Some of the voice work is not good either, with Lazarus himself sounding rather bored. Nevertheless, the game’s interesting atmosphere usually outshines its few presentation shortcomings. 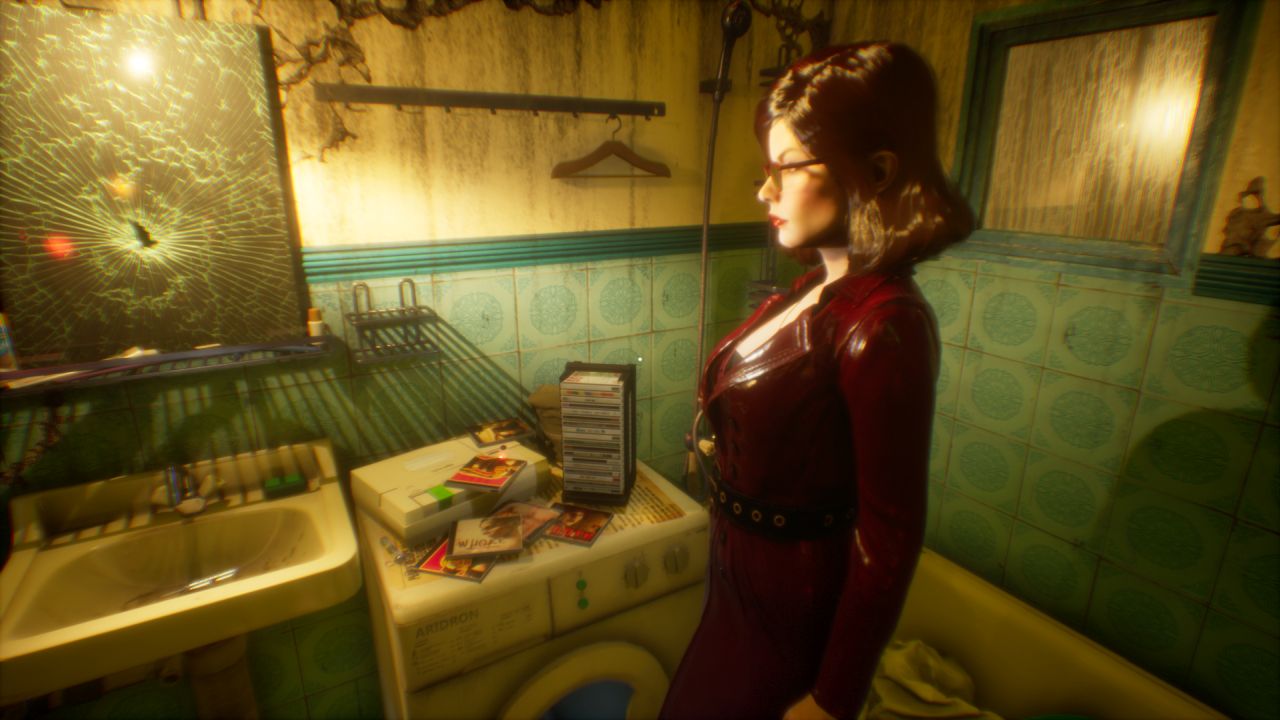 Despite cutting a few corners, Last Days of Lazarus is an adequate adventure game. It’s held together by prolific religious symbolism that links all the story elements together. Exploring the cramped interior areas of an apartment is enjoyable because of the steady reveal, creepy setting, and visual depth. The outdoor hikes are less effective but help to make the game length around 4 hours long. If you are keen to explore a claustrophobic, eerie interior with enduring religious undertones then Last Days of Lazarus only requires a small leap of faith.

Our ratings for Last Days of Lazarus on PC out of 100 (Ratings FAQ)
Presentation
65
The apartment looks good with nice detail in the small corners. Less effective are the outdoor zones and some of the voice work is rather mediocre. It also takes a few visual shortcuts.
Gameplay
45
It is often more like a pixel-hunt than a traditional adventure game. Its few ‘real’ puzzles are usually simple and the toughest ones are optional.
Single Player
70
The story unfolds in an interesting way with several layers. Some parts appear to lack relevance but the religious themes help to bring most parts together.
Multiplayer
NR
N/A
Performance
(Show PC Specs)
CPU: AMD Ryzen 5 3600
GPU: XFX RX 480 GTR Black 8GB
RAM: 16GB DDR4
OS: Windows 10 Pro 64-bit

80
It runs fine.
Overall
61
Last Days of Lazarus sets itself apart with lasting religious themes and compelling interior spaces. Unfortunately some tedious item-hunting and unappealing walks outside prevent this first-person adventure from rising above. 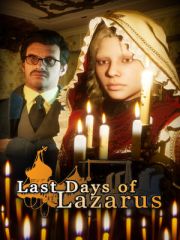