The 90s was pretty much the golden era of owning handheld digital pets. It was such a huge phenomenon that it was almost impossible not to find some kid in the playground who didn't have one as a key chain on their backpack. Bandai was one of the main juggernauts in this space, as their interpretation of the virtual pet device was centred around raising and battling other digital monsters called Digimon. It was such a massive success that it spiralled into a multimedia franchise still around to this day. 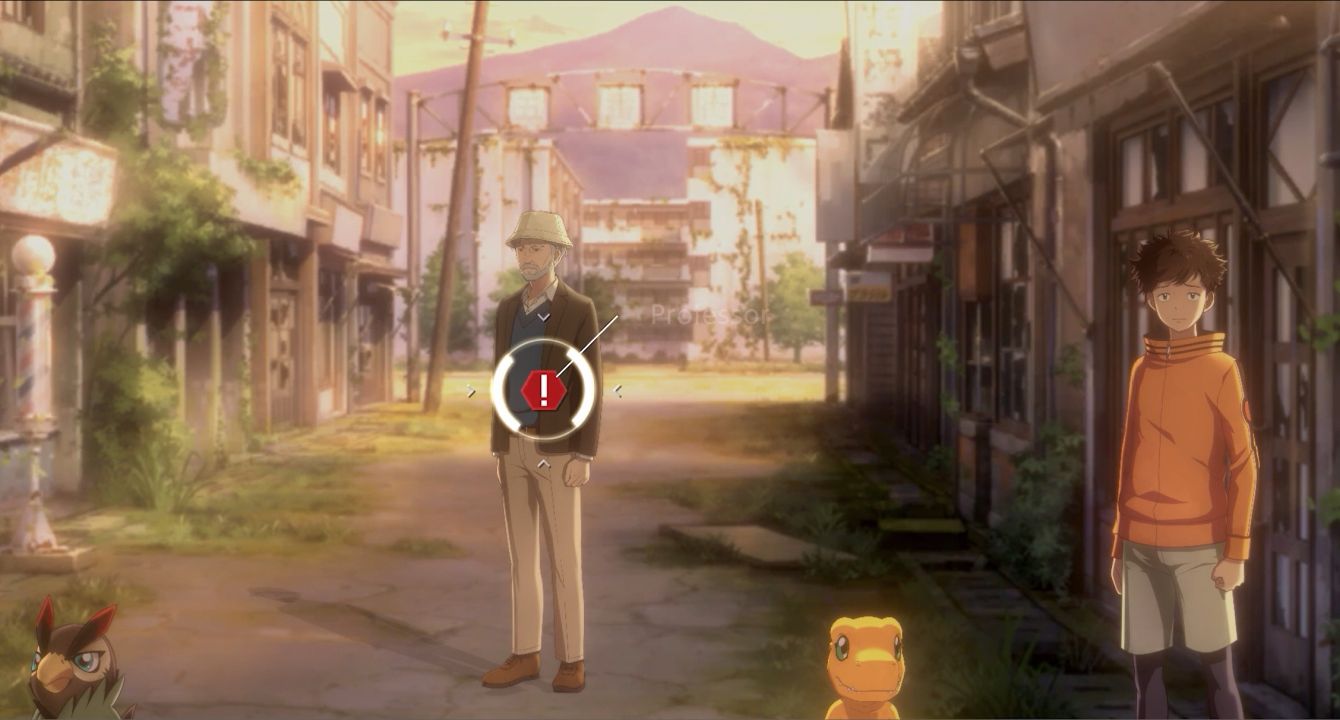 This is where Digimon picked up its reputation of being similar to Pokemon, as there are some striking parallels between the two as they're both centred around evolving monsters. While iterations of the story differ, the basic premise usually follows a group of kids who are transported into another world. This realm, known as the Digital World, is inhabited by monsters called Digimon. Some act like foul monsters, while others are good-hearted and even have small-nit communities among themselves.

In this newfound world, each kid ends up partnering up with a single Digimon, which can "Digivolve" into different evolutions, which will completely change their overall appearance. This Digivolution is only temporary; they will revert back to their previous form after a certain period. What makes Digivolution stand out is that Digimon can take different evolutionary paths depending on their human energy levels as it's converted into data. For example, if a Digimon starts absorbing positive data, it will turn into a brave and valiant creature; however, if it is exposed to negative data, it can evolve into a ruthless and despicable monster that may not even remember its human partner.

Digimon Survive is a brand new story, and its premise is highly reminiscent of the original animation show. You play as the gogglehead protagonist, Takuma, while attending a summer holiday camp. Takuma and a group of other teens take a detour to visit a nearby shrine during a trip to the mountains for camp activities. After a bizarre chain of events, they end up being transported into an unfamiliar land surrounded by hostile and aggressive monsters. Luckily for the kids, far friendlier Digimon is on hand to save the day as they partner up and help figure out what's going on. Although this is where the similarities begin and end because Digimon Survive's story has considerably darker undertones.

Without giving too much away, the narrative is embedded with many horror aspects based on Japanese urban legends that play a significant part in the overarching plot. Not only that, but Digimon Survive has multiple endings, so every choice you make while playing will directly impact if specific characters make it out alive. It delivers a seriously impressive narrative with many twists and turns, as curiosity will often drive your desire to keep moving with the story. 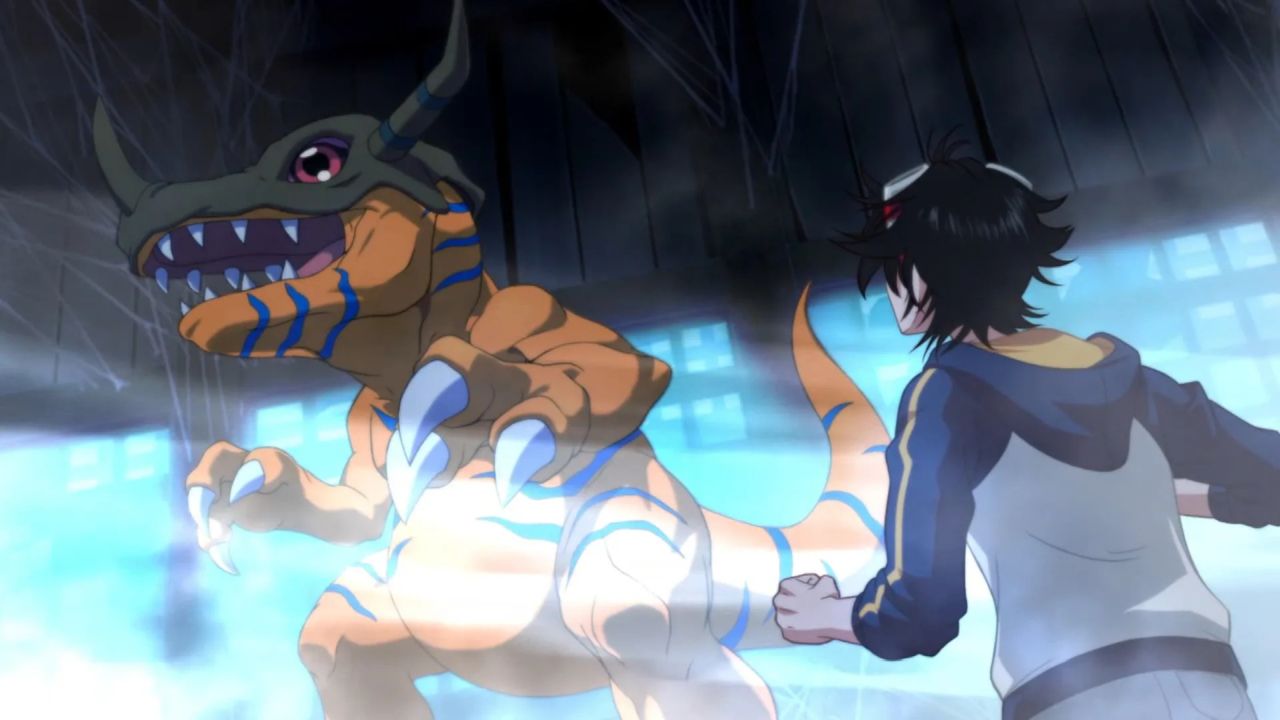 Another great aspect is the vibrant cast of characters. There is a wide range of personalities, be it the resident joker Minoru, the fashion-forward trendsetter, Saki or the melodramatic scaredy-cat, Ryo. The dynamic between the humans and their Digimon partners is also brilliant to watch playout, as the Digimon can sometimes be slow-witted but are also extremely curious. This will lead to the little critters asking ridiculous questions, leading to some comical conversations. The fact that these characters are so endearing makes the ominous moments even bleaker, as some situations that can potentially occur will bring out the worst in them and could make a once-liked character into someone you utterly despise.

The Digimon line games are well known for encompassing heavy RPG elements within the gameplay. Digimon Survive breaks away from this traditional formula in favour of a more visual novel experience where the storyline and dialogue will be at the forefront of your adventure. That's not to say there are no RPG mechanics, but these segments often take a backseat compared to other recent titles like Cyber Sleuth and Next Order.

In true visual novel style, you will be presented with various options on how Takuma should react to certain dilemmas and scenarios. Some of the responses you pick will be intertwined with a Karma system with three different outcomes: Moral, Wrathful and Harmony. As your Karma grows with the answers you choose, it will directly correlate to how some of the Digimon evolve. Your Karma is also linked to your destiny, as your final Karma score will determine what ending you achieve. This is not the only thing that will dictate what final cutscenes you get, as other answers will affect your affinity with characters. Whether you are close to certain characters will influence what actions they take, which will have further implications for the broader story.

There are many factors to consider when picking your reactions, which makes every option you select carry some weight. If you ever make a choice you are not happy with or steer away from your desired pathway, you can always create and utilise savepoints to your advantage. Ultimately, the game incentivises multiple playthroughs to see every possible outcome and even has a true ending that can only be achieved in New Game+. 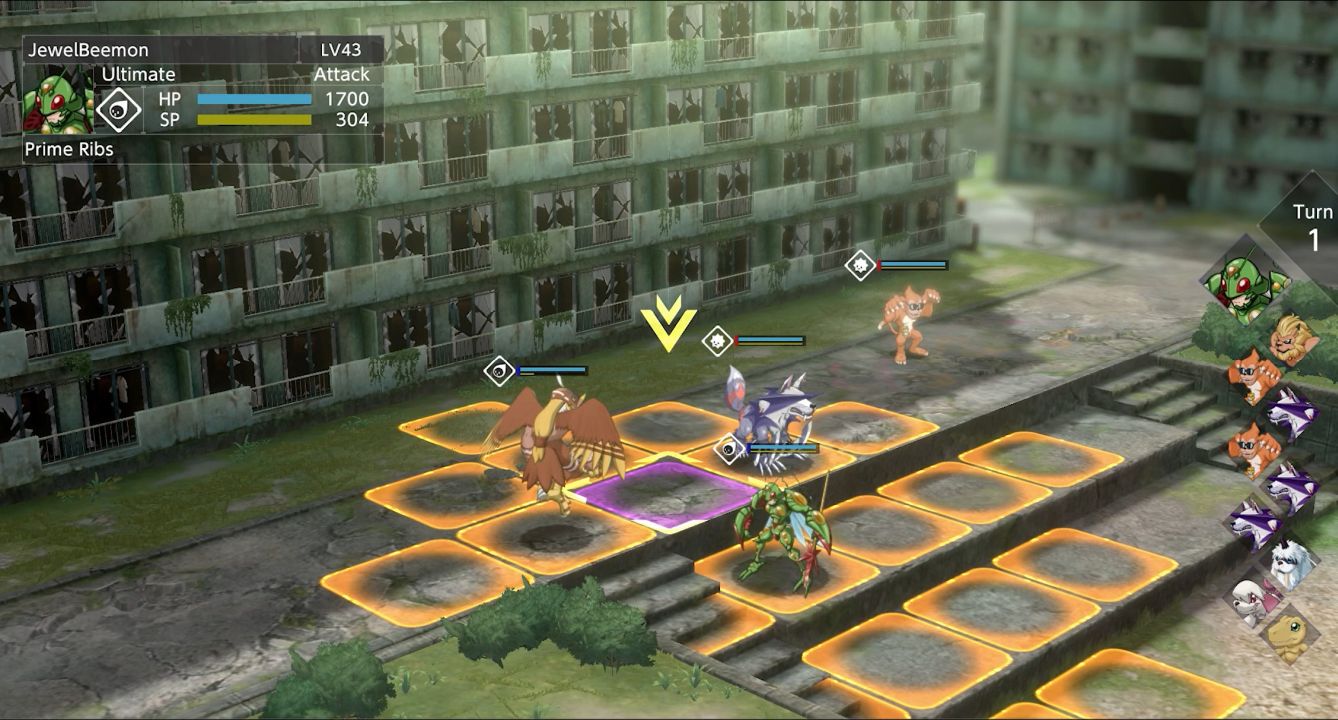 The visual novel segments unfold in beautiful anime-styled static images that really hold the scene's tone. Sometimes, you'll even forget that you're looking at an image because the art style is so visually pleasing, which is accompanied by some superb Japanese voice acting. However, there is no language localisation, meaning there is no English dub available, and with one playthrough almost clocking in at 25-30 hours, this could potentially be a big turn-off depending on whether you like reading subtitles.

One of the most underwhelming aspects is the previously mentioned RPG mechanics, which take the form of a turn-based battle system. When you enter combat with an enemy Digimon, the anime visuals take a step back and are replaced by bland-looking graphics, fighting in a grid box layout. This dullness is further reinforced by some plain-looking backdrops like an empty forest to a desolate bridge.

At the beginning of every battle, you can pick what Digimon you want to send out. Every match-up will have different requirements; therefore, the amount of Digimon you can send can vary, but stereotypically, most conflicts involve sending out six units. During the battle, the unit's SPD stats determine the order in which each unit can act. Every Digimon can take a few actions during their turn, like moving across several spaces through the grid, using an item or choosing to either attack or defend. At any point, you can choose to end that unit's turn and allow the next one in line to make their move. You'll have to manage your HP and SP for various Digimon as you attempt to fulfil the winning conditions of the match to move forward with the story, which could entail anything from eliminating the opposing squad to manoeuvring units across the battleground.

While fighting, there will be several things you can use to your advantage. These can range from utilising different types of attacks to Digivolving units on the battlefield. The Digimon partnered with the youngsters will unlock several Digivolution paths at various story points. You can evolve these Digimon by using SP in battle, allowing them to transform into a far more formidable monster that will have more powerful stats. 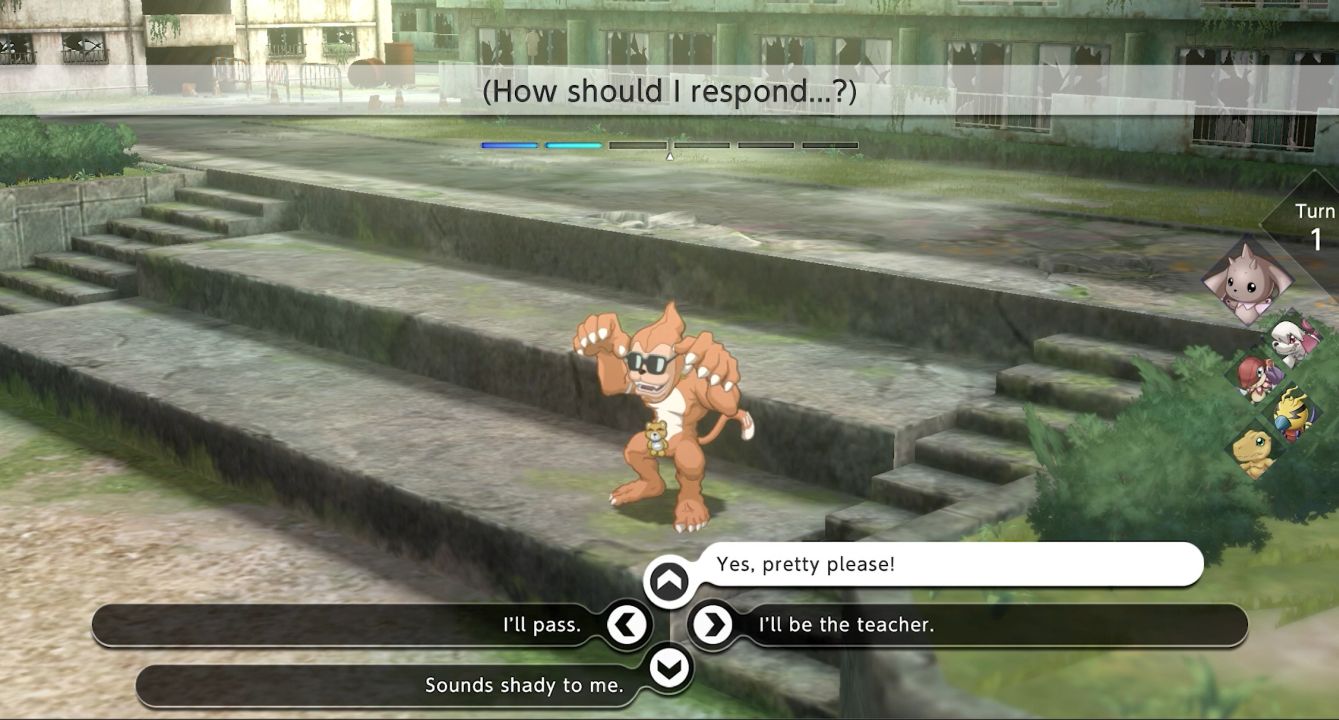 Perhaps one of the most disappointing aspects of the combats system is that every Digimon in the entire game only has two moves, a physical or special attack. This leads to the competitive nature never truly spicing up as you cannot build more elaborate strategies. This even dampens the Digivolutions, as no matter what evolution form it takes, every Digimon will only have two fundamental attacks. It's simply frustrating that a game centred around evolving monsters would restrict itself this way.

Frankly, the combat really doesn't add anything new or extravagant to the genre and can sometimes be downright tedious to play due to its lacklustre environments and simple attack system. On the plus side, the turn-based portions are few and far between, as you can easily play for over an hour without a single conflict occurring, but it still feels like a real shame that the game didn't flourish in this department.

Every so often, you will go into an exploration phase that allows you to go back to previous locations, interact with the environments and talk with various characters. This is an excellent opportunity to help improve your connections with characters and build points on that elusive Karma system. There is also a wealth of information to be found by inspecting the environment, as you can better understand the events unfolding.

Elsewhere, you can grind up XP and items to help you during combat in free battles, which are placed in various locations. Grinding up XP to level up your Digimon can be a solid move, as in different points of the story, you will be forced to send out certain Digimon mandatorily. In free battle, you can also recruit Digimon to join your party by talking to them and answering a series of questions correctly, which is highly similar to the negotiation system in Persona 5. Initially, imitating a feature in one of the most prevalent RPGs in recent memory might sound like a good idea to keep things interesting, but it more felt like an afterthought to beef up the lacking combat system. 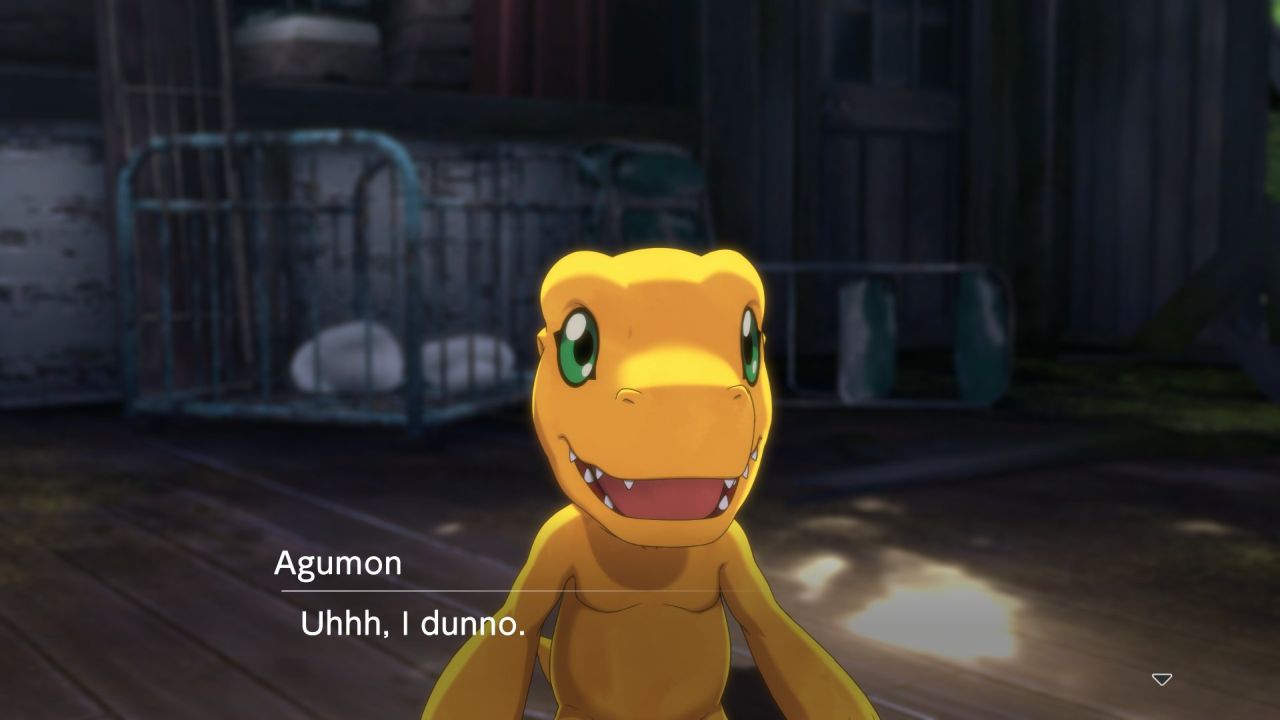 Digimon Survive tells a darker-toned story that undeniably showcases Digimon worldbuilding at its best. This is also combined with some stunning anime visuals that bring the experience together. However, with the RPG sections being jaded by a severe lack of detail, it's hard to recommend to newcomers at full price. But if you can look past this, there is an absorbing and gripping story to enjoy here.

Our ratings for Digimon Survive on PlayStation 4 out of 100 (Ratings FAQ)
Presentation
80
The visual novel sections unfold in some fantastic and gorgeous anime-styled visuals. Some great Japanese voice acting accompanies this, although no English dub is available. Unfortunately, the RPG portions are extremely dull-looking.
Gameplay
45
The turned-based action brings nothing new to the table that we haven't seen in the genre before, and you'll often find yourself wanting to finish battles as soon as possible.
Single Player
85
The story is where Digimon Survive truly shines, as it delivers a compelling narrative where the choices you make will have fatal consequences.
Multiplayer
NR
None
Performance
NR
No technical issues were observed. Reviewed PS4 version on PS5 via backwards compatibility.
Overall
70
With its compelling narrative, gorgeous anime visuals, and multiple endings, Digimon Survive has all the winning traits that will make it a champion among visual novel and Digimon fans alike. Unfortunately, an incredibly simple and tedious turn-based battle system lets it down. 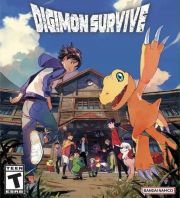 All videos for Digimon Survive (3)
Advertisement ▼