South of the Circle Review

A lonely walk across the ice

There's no shortage of games that begin as a mobile experience, and then get ported over to more platforms. We've covered a wealth of games such as this, and the end result can range from disappointing straight ports, to an improvement opportunity for the new consoles. Typically, games that follow this path are small indies and mostly puzzle games, but developers State of Play and publisher 11 bit studios have opted for something a little different. South of the Circle is a third-person narrative adventure game that made its debut on Apple Arcade in 2020, and is now available on modern consoles and PC. 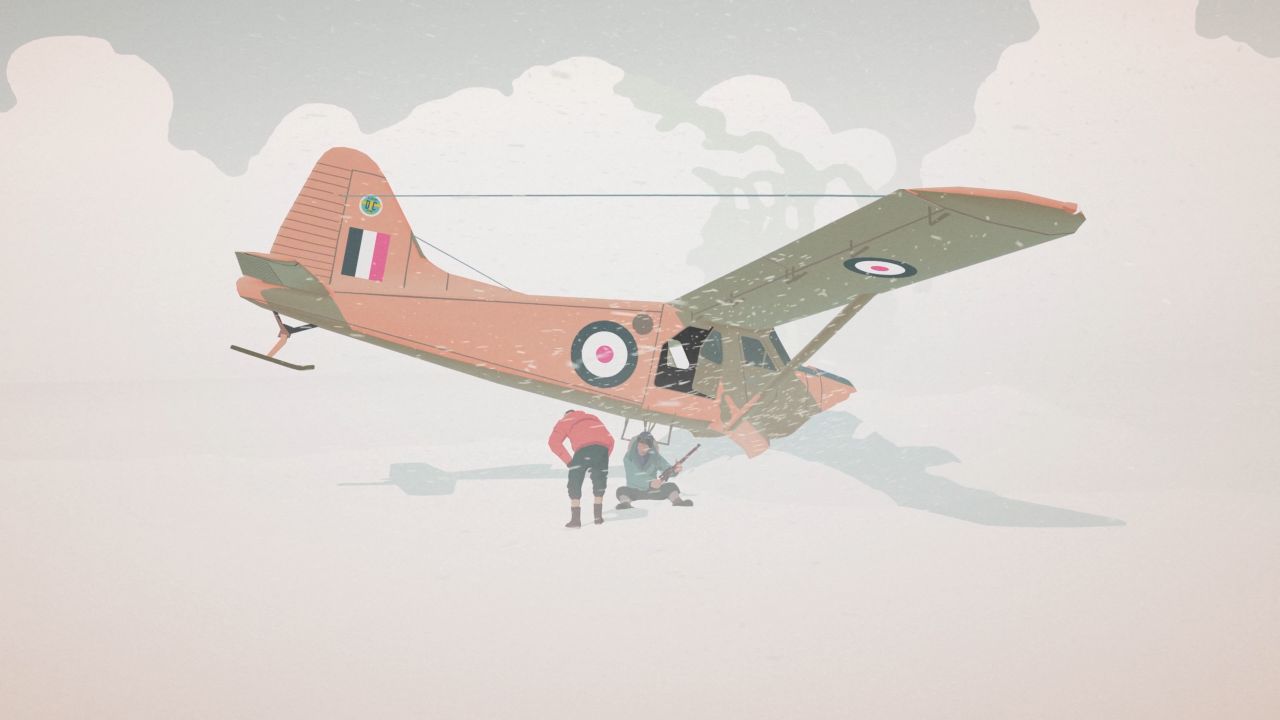 The game begins in the aftermath of a small plane crash in Antarctica, in the 1960s. A young man named Peter and his pilot have experienced apparent engine trouble, and now find themselves in a panic, as the cold winter blizzard swirls around their crashed airplane. The pilot has injured his leg and is unable to move, and nobody is answering on the radio. There's little choice but to have Peter head out into the blizzard and towards a distant flashing light, which the pair believe is a friendly British research base. When Peter gets there though, it turns out to be strangely abandoned. He radios back to his pilot, who advises him to look at the map and keep pushing on – to the Norwegian base, further into the snow and into the mountain ranges. Reluctant but seeing few other options, Peter carries on.

While Peter is making his way through the base and across the snow, the story constantly switches back and forth to flashbacks of his past. We learn that Peter is an aspiring lecturer at Cambridge University, trying to progress his career in the study of atmospheric measurement. At the start of the school year, he meets Clara, who is also an academic. The pair develop a relationship, and eventually combine their efforts to decide and work on Peter's research paper together. At the same time, reports keep coming in about the ongoing Cold War, and the university is still recovering from the shocks of The Cambridge Five - a KGB group of British spies who passed information to the Soviet Union. Peter finds himself caught up between the conspiracies flying around, his relationship with Clara, and the head of the university who is paranoid and also not a fan of Peter's relationship.

The narrative in South of the Circle tries to be the centerpiece of the game, and for the most part it works okay. Peter's flashbacks take up the bulk of the story, and the character development feels mostly natural – except for the final few scenes. In the end, the game sort of rushes through its conclusion and tries to implement the major choices that you've made earlier in a single scene, which doesn't really work. The constant swapping between the reality of his trek through the Arctic and his memories doesn't manage to get interesting. In a few moments the two narratives bleed into each other, but the game doesn't go far enough with this common technique. There is also a distinct lack of tension, as anytime something possibly exciting or unexpected happens – mild spoiler, when early on Peter stumbles into a Soviet base on his snowy trek – there's again nobody there. Things happen to and around Peter, but he is just along for the ride, with no real way to affect proceedings and only one possible outcome – perhaps mirroring how the players themselves feel. 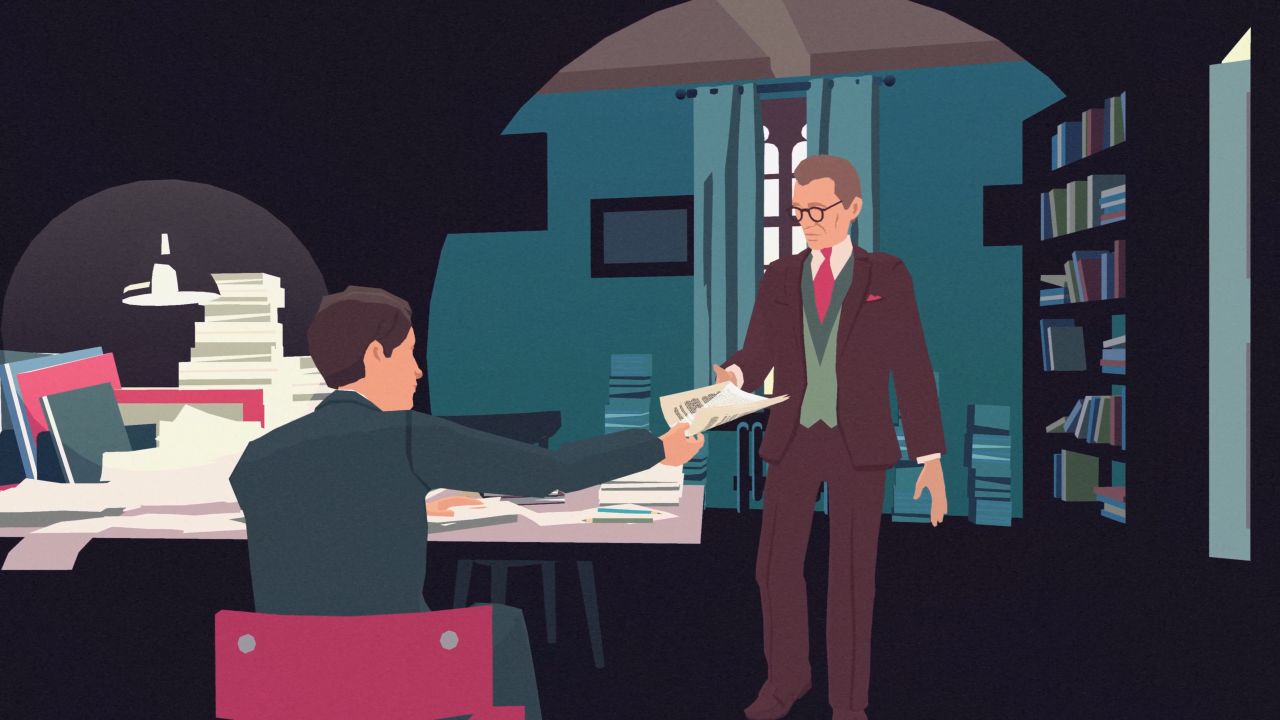 The reason that the story has to carry the experience is because there's not much else to it. South of the Circle is a narrative exploration type of game, meaning for the most part you're simply walking around and participating in conversations. When exploring, if you can even call it that, you will walk through a few very small areas, and interact with barely a handful of items. There are no puzzles to solve or challenges to overcome, or even any exploration to do. When not walking around with the fixed camera, you'll be talking with other characters.

Peter is quite an active conversationalist, as you will have to constantly pick responses during dialogue. However, this is an extremely barebones mechanic. You can respond by selecting a chosen emotional symbol corresponding to the face buttons on the controller. There are symbols that make Peter respond confidently, worrisomely, humorously, and so on. Sometimes there's just one response, and if you don't pick anything, the game picks for you. It's a very dull and meaningless system that gives away the game's origin as an Apple Arcade title, where half-mindedly tapping on a colored symbol is very much an accepted input method. And it's not like your choices matter – how you respond only affects the immediate follow up, and when there are moments touted as real decision points, it turns out to be little more than an alternate scene. You can't affect the flow of the story and the outcome, and all the major beats stay the same. As such, this really is just a film that has you change random bits of dialogue just to keep players mechanically engaged.

When games offer little interaction, they often instead try to wow the players with their extremely detailed environments or technically impressive visuals. South of the Circle does none of that, opting instead of a low detail, cel-shaded type of look, where most of the indoor environments have half of the room missing. It's a visual design choice, and it looks okay, but it certainly has enough of a rough edge to take you out of the experience. The environments are fairly barebones and lack detail. Animations are crude and basic, and anytime someone holds something, there was no effort to actually put the object into their hand, as it simply floats nearby. Or when two characters walk holding hands, you're distracted from their heart-to-heart conversation by the fact that their open palms are just slapped against one another. 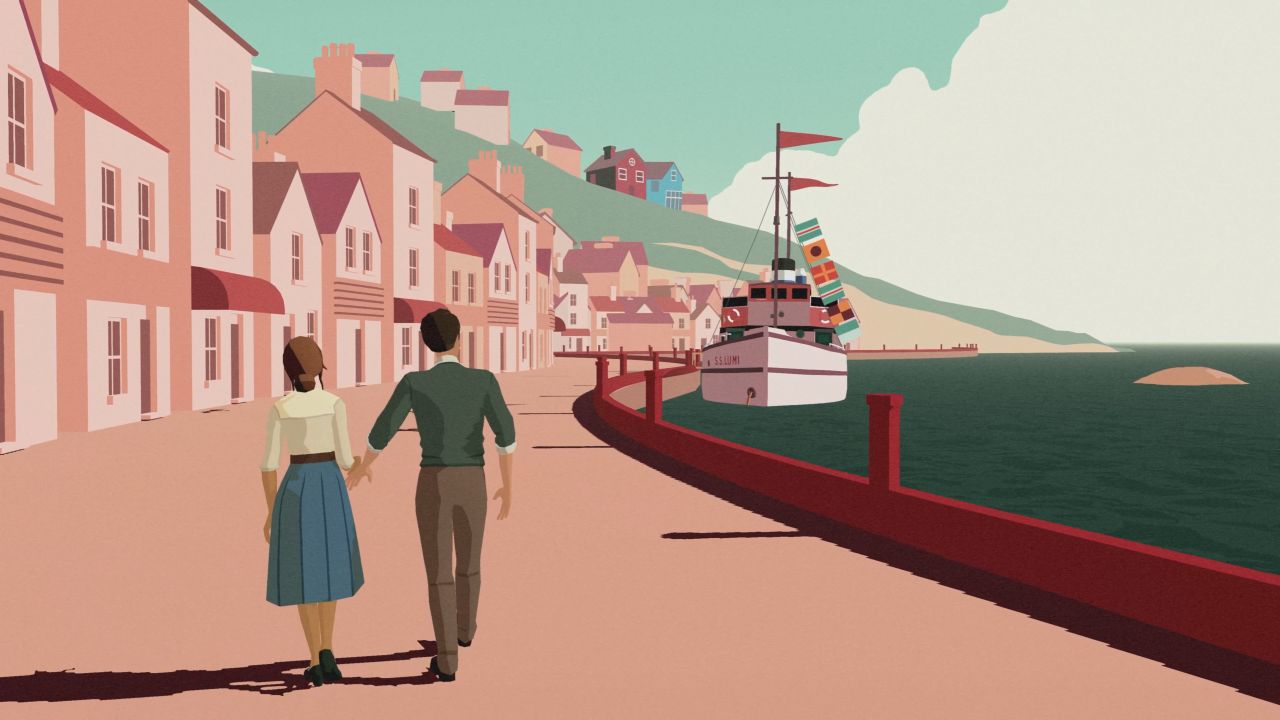 The visuals themselves – while certainly tightened up from the Apple Arcade version – are again nothing to write home about. The textures, lighting, and shadows are all fairly crude. The only interesting thing with the presentation approach, such as this, is that the developers chose to use real voice actors instead of going with the text-boxes. The voice actors do a good job and manage to get you more invested in the characters, which is a pleasant surprise. The soundtrack is another highlight, but the music kicks in too infrequently to be fully appreciated. There aren't any technical issues, though there's a strange white dot in the top left corner of the screen that's possibly a leftover of mobile UI.

South of the Circle is a narrative exploration game that, despite its low $15 asking price, should only really appeal to players who enjoy storytelling above all else. The highly limited interactivity and the pretension of player choice hinder the experience and its value. The stylized visuals work decently well, but there's no escaping their rough look and lack of detail. The characters and voice acting is solid, but it doesn't reach the heights of the leaders in this genre, and with no exploration or replay value, it's all forgotten rather quickly - after an unsatisfying conclusion, to boot. At around 3 hours in length and no reasons to replay, it's a very particular experience for a very specific type of player.

Our ratings for South of the Circle on PlayStation 5 out of 100 (Ratings FAQ)
Presentation
60
The minimalistic visuals can be somewhat forgiven by the vivid art style. Music is good but brief, and voice acting is solid. Animations are basic.
Gameplay
20
There's little to do but walk a short while, and interact with very few items. Conversation choices are numerous but dull, and big decisions don't affect much.
Single Player
65
The story initially carries some intrigue, but ends up being rather mellow in the end.
Multiplayer
NR
None
Performance
80
No issues observed. Occasional minor visual hitches.
Overall
55
South of the Circle is a minimalistic game that tells an initially engaging, but ultimately underwhelming story. And beyond the narrative, there's not much here to recommend.

South of the Circle 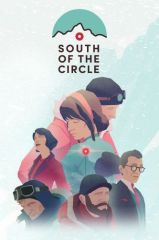 South of the Circle
8 images added 186 days ago