A soldier's work is never done

Anyone who has dabbled with Metroidvanias knows that patience is at the heart of the experience. They often test your tolerance as you spend endless hours exploring every inch of moribund environments, constantly circling back on yourself like a carousel ride until you eventually find the right path to your destination. Souldiers, the debut game from Retro Forge Games, has made patience the main ingredient for their dish as both Metroidvania and Souls-like mechanics are stirred together in a 2D side-scrolling world. 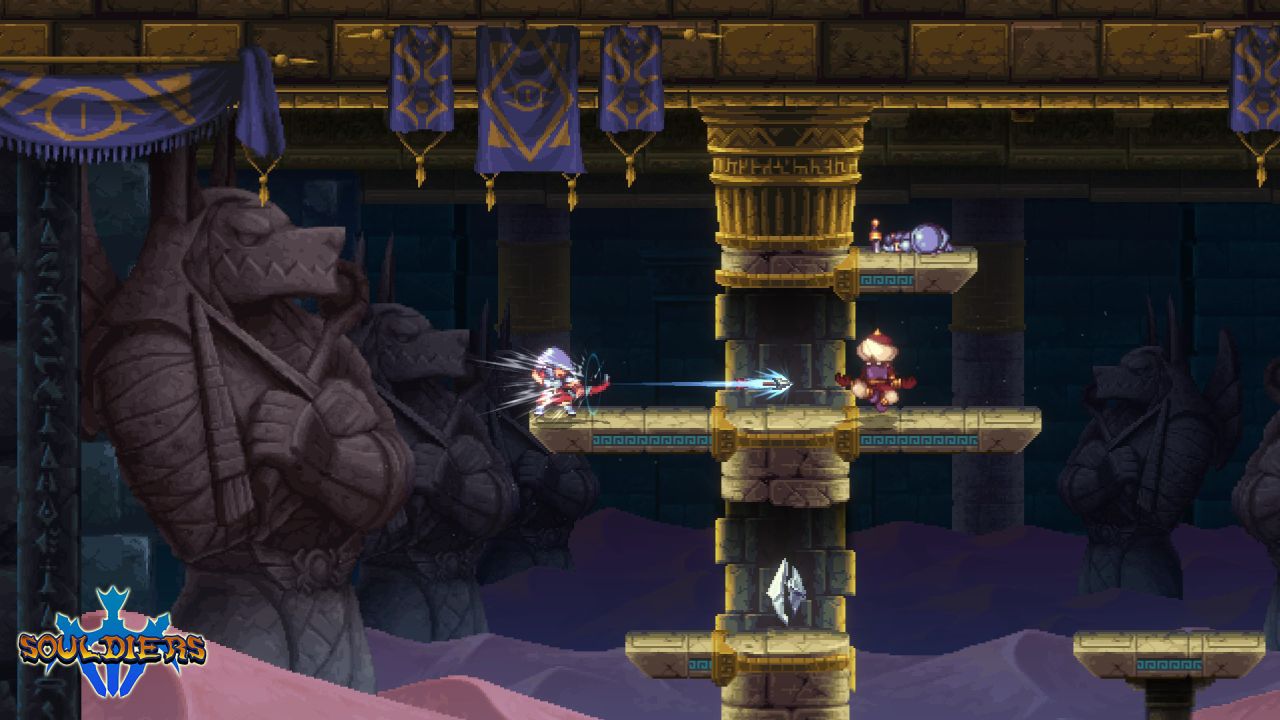 After an eye-catching animesque opening, the story kicks off in the Kingdom of Zarga, which is at the height of a bloody war. The court magician orders a regiment of soldiers to ambush the enemy forces by infiltrating a cave, but after a devastating earthquake, the squadron becomes trapped. Out of nowhere, a Valkyrie appears and promises the troops another shot at life if they enter the mysterious land of Terragaya. From here, you pick one of three Souldiers that follow their comrades into the unknown realm. Not too long afterwards, many of your fellow soldiers are slaughtered by ruthless monsters, and it quickly becomes apparent that this new world is just as cruel and unforgiving as the last.

Although the initial premise is intriguing, the story lacks impact because there is no build-up for any of the crucial moments that transpire. Instead, nearly every central plot point is delivered in a series of short, fast-fired events, making the overall pacing feel entirely off. Some of the characters you encounter are interesting, but this also seeps into their development. It's hard to feel anything for any of the characters you meet, as they come and go quickly. On the whole, the storytelling failed to get me invested, and this is particularly discouraging when the game heavily relies upon the narrative for motivation of your actions.

It's hard not to notice Souldiers' handsome pixelated sprites from the onset, giving the entire art style a distinctive vibe. These retro visuals fantastically accompany the philosophy design as you travel through the environments in a 2D side-scrolling manner, adding to the old-school charm. From here, Souldiers wastes no time showing its core appeal as the gameplay centres around trial and error. There is never a dull moment as you will continuously have to observe your opponents' movements and counter-manoeuvre against them. This even extends to the simplest of monsters, as they can easily catch you if you ignore their attack pattern, from creepy spiders crawling across the dungeon walls to armoured-up foxes frantically throwing hammers from different platform levels like the Hammer-Bros. Any minor mistake can lead to your death; if you don't recover quickly enough. The combat often creates stress-inducing situations, where you may even find yourself needing to put down the game-pad for a few hours, but when you finally defeat a troublesome foe, it's beyond satisfying. 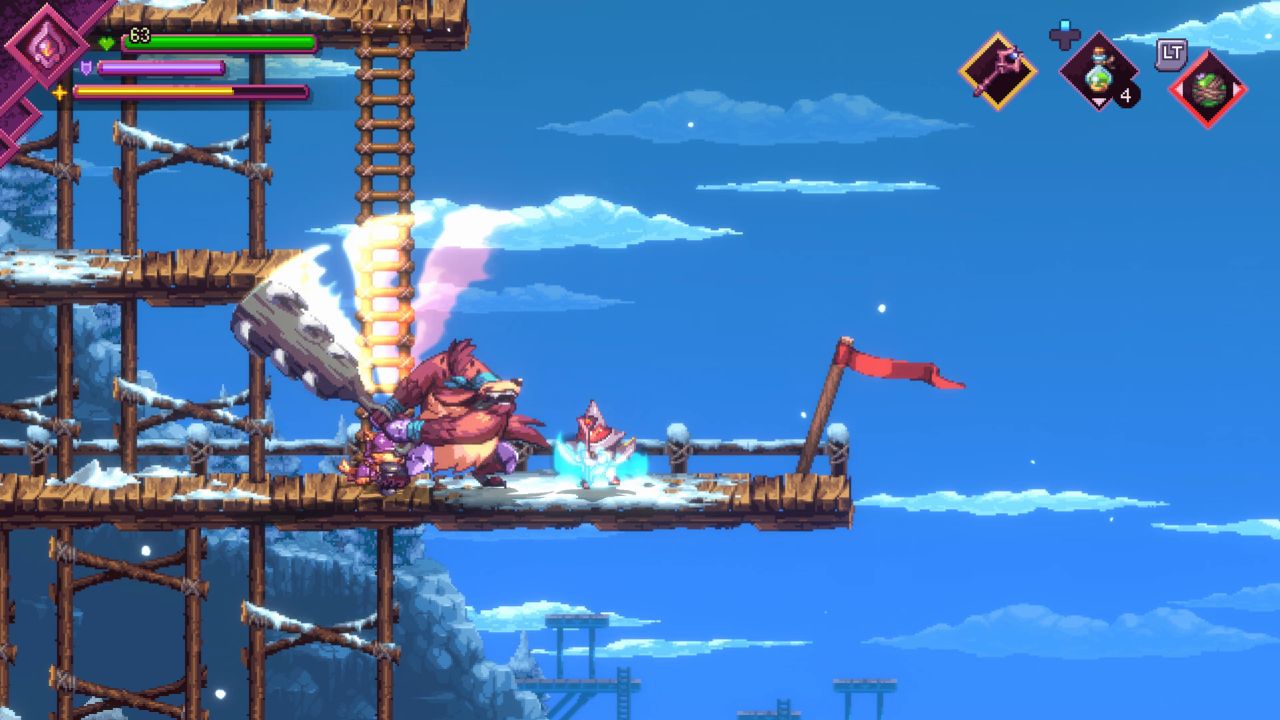 This is why it's crucial to pick the right class for your preferred playstyle, as this will dramatically impact your character's stats and fighting method. You can select one of three classes for your innominate soldier: Scout, Caster or Archer. The Scout is probably the class most people will feel at ease with, as they have the highest health stats and can exploit powerful close-up combo attacks that can destroy an enemy within seconds. Another strong pick is the Caster; they may not sound appealing at first due to their low health, but they can utilise elemental magic that can blast adversaries close or long-ranged and can even auto-lock onto opponents who are close enough. In startling contrast, the Archer is, beyond a shadow of a doubt, the most challenging to master. On surface value, having a class specialising in long-ranged attacks may sound perfect for avoiding enemy fire, but these attacks don't reach a far distance, and you'll often find yourself fighting with the terrain. In other words, you will worry more about your position on the map than the creatures in front of you.

The class you pick won't just affect how you battle, as each class will have its own independent skill tree. These are typically passive skills; for instance, the Scout can unlock an ability called the precision block. If you perform a block with your shield at just the right moment, your stamina will only deplete by half of the damage taken, which can be a real game-changer when going against more powerful adversaries. But the influences of RPG mechanics aren't just felt there, as after defeating an enemy, they will drop health orbs and money, which can be used to buy potions that will restore your health or give you temporary buffs.

Exploration will also play a pivotal part as you will have to travel through many treacherous grounds, like dungeons, caves and even, at one point, an ancient Egyptian pyramid in search of the ultimate boss lurking inside. To progress through these maze-like terrains, you must obtain items or special abilities that will reveal new passageways. These things include exploding bombs that can blast boulders into mere dust or unlocking the double-jump skill, which will help you clear platforming segments in a time-sensitive window. The environmental puzzles, for the most part, are fun brain-teasers that take no more than one or two minutes to figure out, so you can return to the action rather promptly. 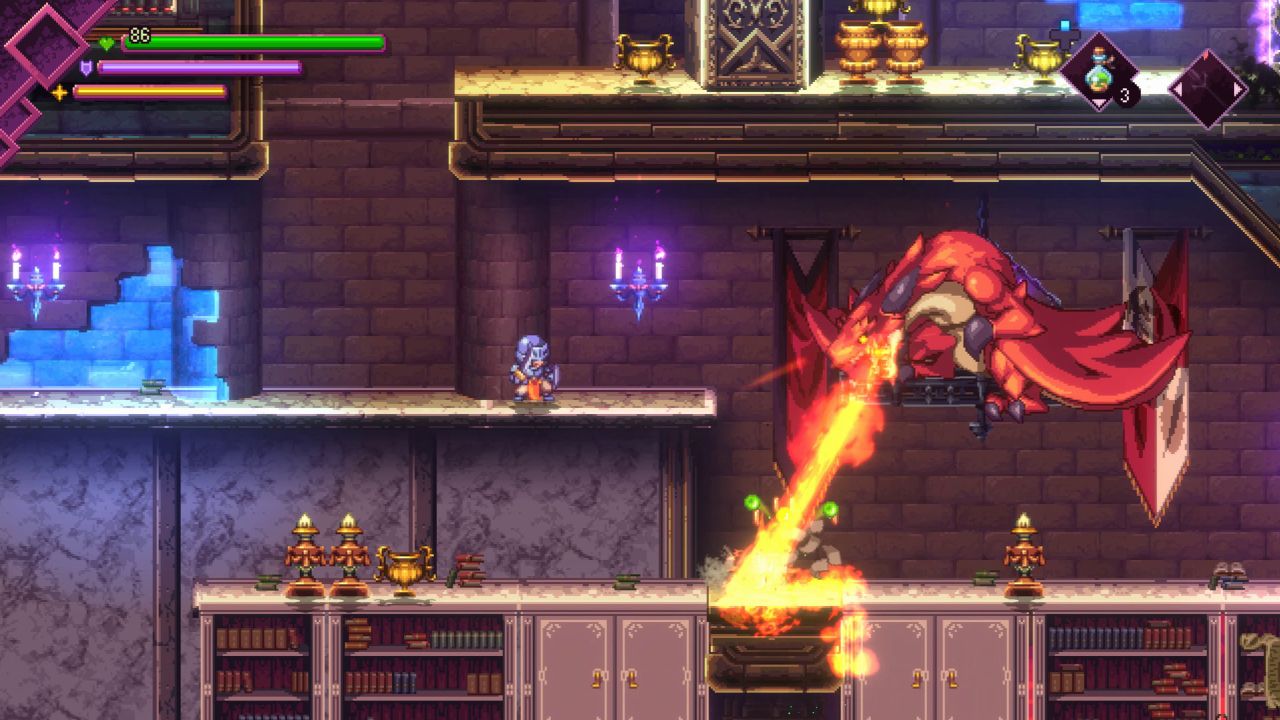 There are save points throughout the world of Terragaya, which can often be a welcome sight for sore eyes, as when you interact with a savepoint, it will restore your whole health bar. However, this is sometimes a double edge sword, as once you've interacted with it, all the creatures in the surrounding area will respawn. This may not look too bad on paper, but because you often have to retrace your steps to discover new pathways, it can be annoying to re-challenge some problematic creatures so soon again. There are also checkpoints, which upon death will instantly transport back to the previous checkpoint with a small chunk of health. However, some checkpoints are placed in peculiar locations and can sometimes leave you in a limbo-styled situation, where it can be difficult to go backwards or forwards.

Before the v1.1.1 patch, Souldiers would punish you for the slightest misstep, even on the easiest difficulty setting. Since the update, the game is far simpler in comparison, as you can now endure more hits before dying. Even though this patch will likely be divisive, it probably works to the game's advantage. Beforehand, Souldiers was on the verge of being too tricky that only a handful of players would have been able to make their way through the game. But, of course, people craving a challenge can always pick the hardest difficulty setting, a class style they wouldn't usually gravitate towards, or self-inflict challenges upon themselves to keep things exciting.

It will approximately take 20-25 hours to complete the game, depending on your skill level since the new patch. Within the first few hours, there were no issues, besides a few slow loading screens that are few and far between. Unfortunately, in the latter half of the game, there were a few bugs and some crashes. 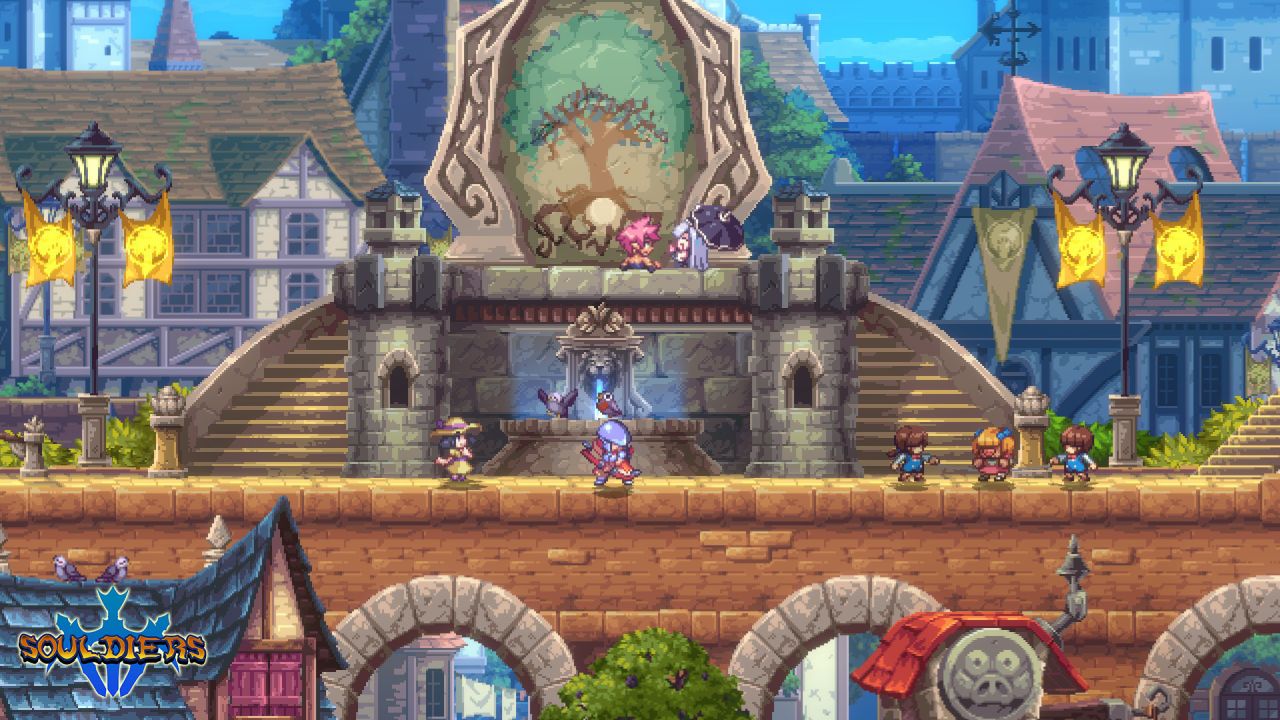 Souldiers is a worthwhile venture if you are someone who is seeking a brutalising challenge. The retro graphics are also an absolute delight to gaze upon as you traverse through various environments, cunningly using the terrain to your advantage in battle. Although, there is no sugar-coating that the plot is middle-of-the-road, and the technical issues can hinder the final acts. However, if you don't mind rolling with the punches, inside and outside of battle, then you're in for a good time.

Our ratings for Souldiers on PC out of 100 (Ratings FAQ)
Presentation
80
The art style certainly gives Souldiers a retro feeling that perfectly accompanies the level design within the game.
Gameplay
80
The combat is action-packed, filled with many frustrating, challenging, but satisfying moments.
Single Player
60
Although the premise seems interesting, the story itself falls flat as there is often not much build-up to the events that occur. As a result, the characters also fall into the same pit hole with little development to them.
Multiplayer
NR
None
Performance
(Show PC Specs)
CPU: Intel Core i7-10750H
GPU: RTX 2060
RAM: 16GB DDR4
OS: Windows 10

55
Loading screens can sometimes take a while. In addition, the game can crash if too many enemies appear on the screen.
Overall
70
Souldiers certainly won't be to everyone's taste, due to its lackluster plot and technical hiccups, but it's definitely one to check out if you are into Metroidvania or Souls-like games. 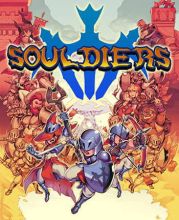